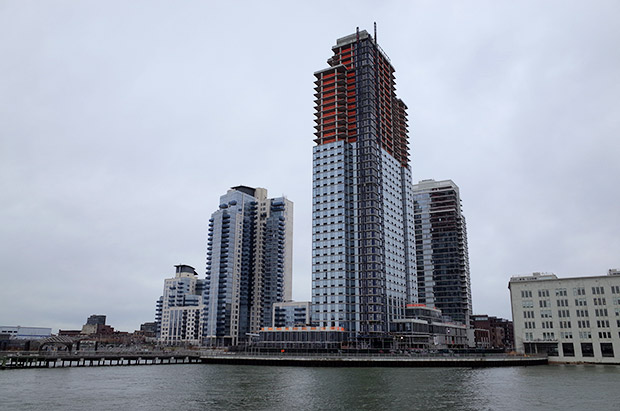 Rarely has an area gentrified as rapidly as Williamsburg in Brooklyn, and although I’ve been visiting the neighbourhood for well over a decade,  it was startling to see just how much had changed since my last visit in 2010. 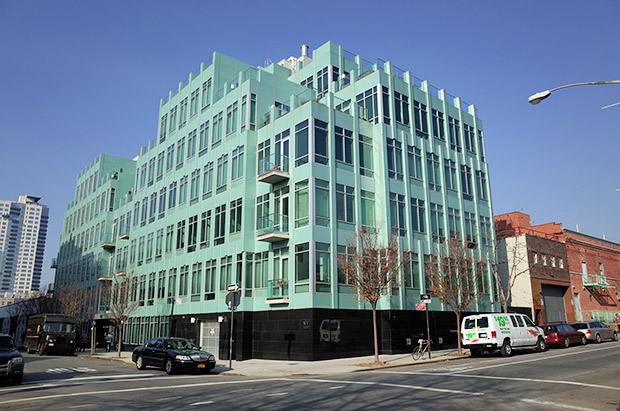 Central to the area’s transformation was the controversial rezoning of the North Side and Greenpoint waterfront area in May 2005, which opened the floodgates for investors keen to capitalise on the area’s proximity to Manhattan.

Industrial warehouses were swiftly converted to upmarket residential use, a tsunami of Tribeca-style loft developments flooded into the area, and vast residential buildings sprouted up on the waterfront. 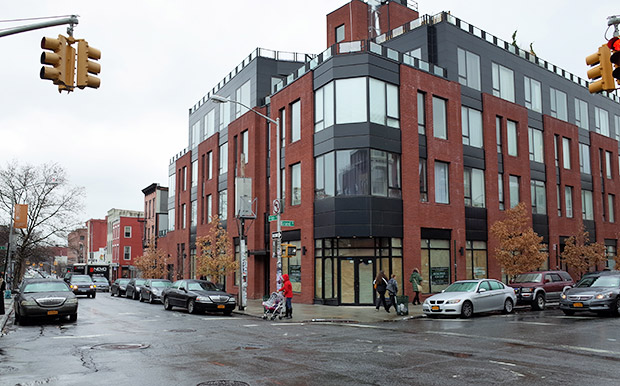 The rest of the story is one that should be familiar to Brixtonites:

Officials championing the rezoning cited its supposed economic benefits, the new private waterfront promenades, and its inclusionary housing component – which offered developers large tax breaks in exchange for promises to rent about a third of the newly created housing units at “affordable” rates (which amount to upper-middle class pricing).

Critics countered that similar set-asides for affordable housing have gone unfulfilled in previous large-scale developments, such as Battery Park City. The New York Times reported this proved to be the case in Williamsburg as well, as developers largely decided to forgo incentives to build affordable housing in inland areas [—] 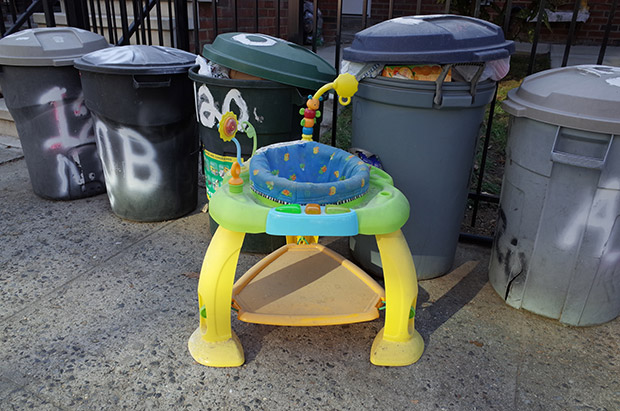 Happily, not all of Williamsburg’s character has been subsumed by the influx of the well-heeled.

Here’s a series of snaps taken around the neighbourhood. 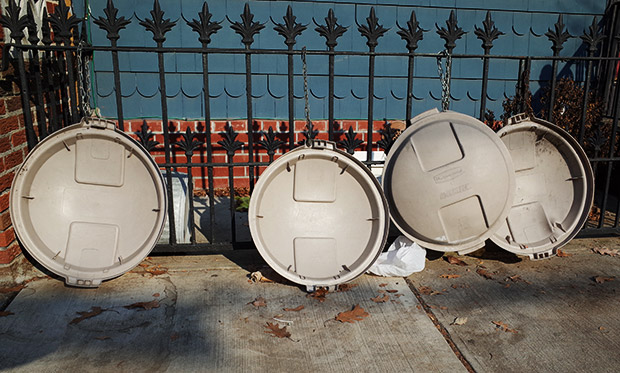 Four dustbin (or should that be trashcan) lids chained to their owners’ fence. 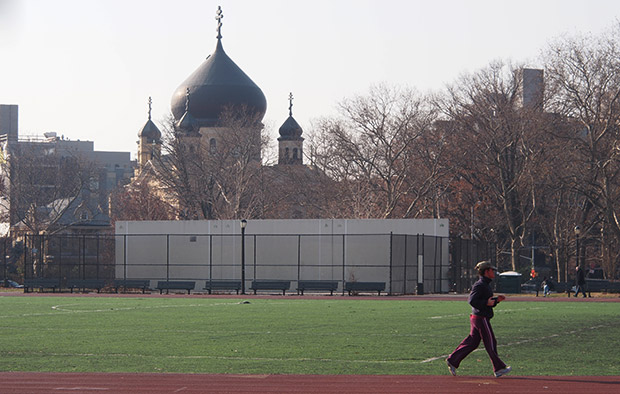 A jogger passes in front of the Russian Orthodox Cathedral, a 1922 Byzantine revival landmark in Greenpoint. 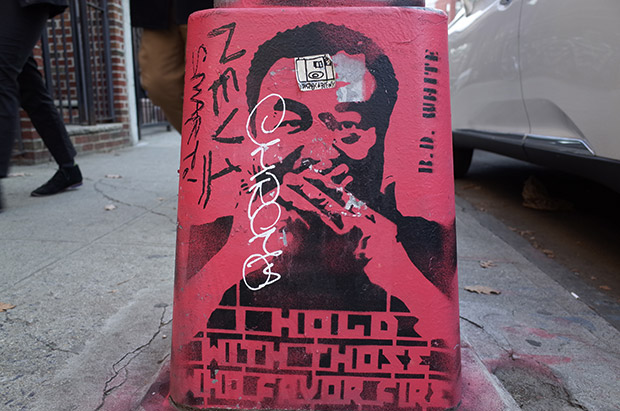 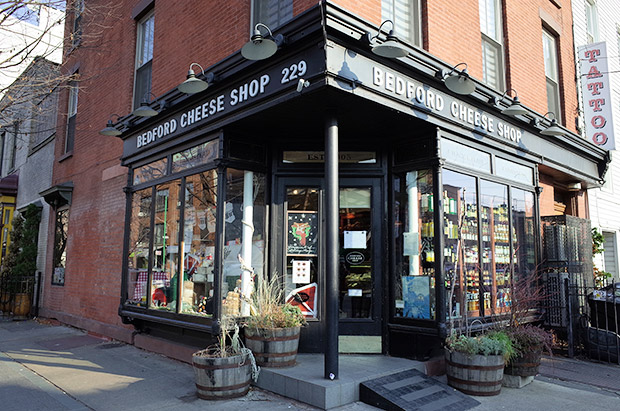 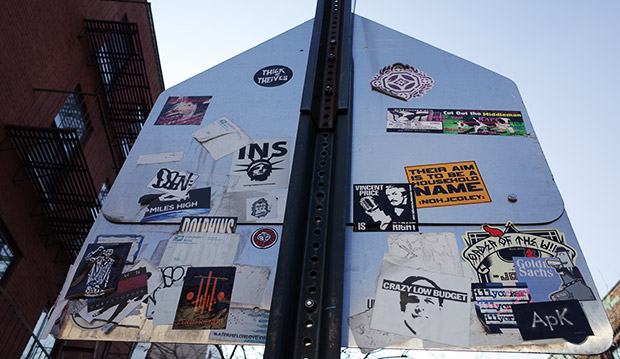 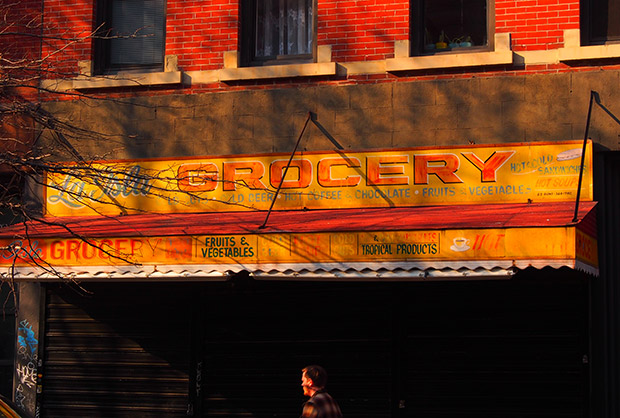 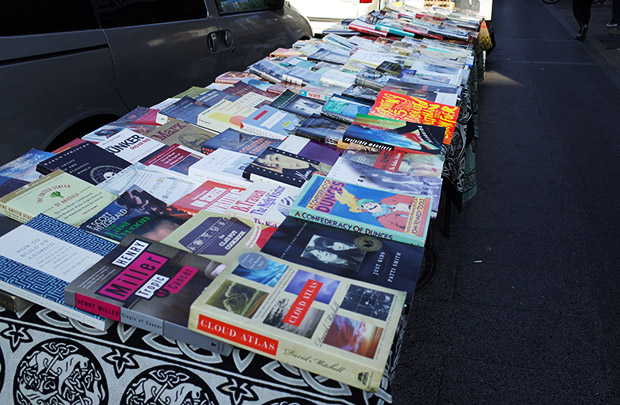 Books for sale on Bedford Avenue. 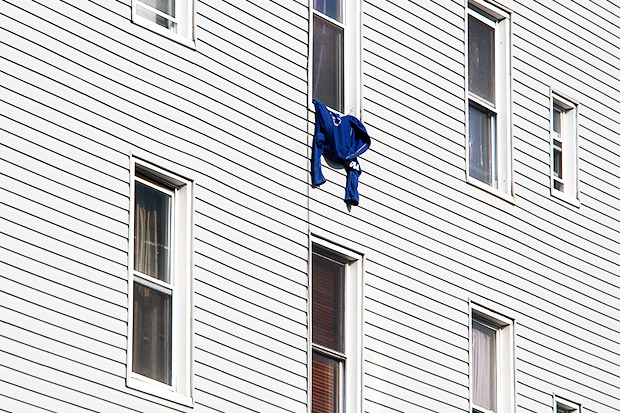 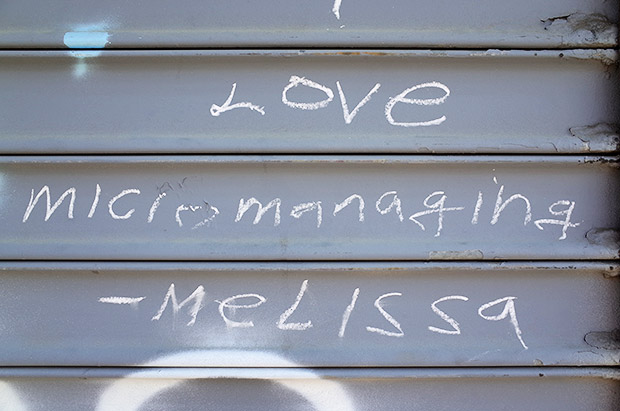 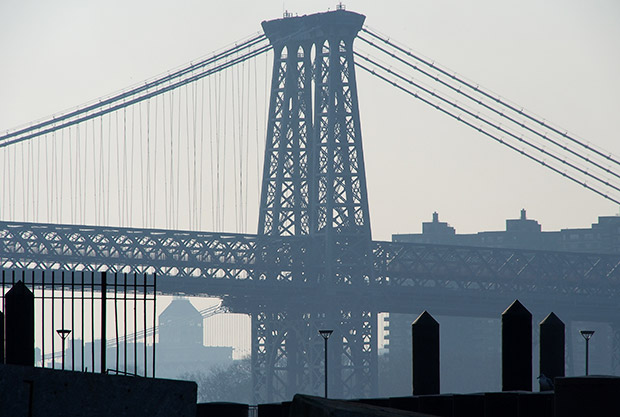 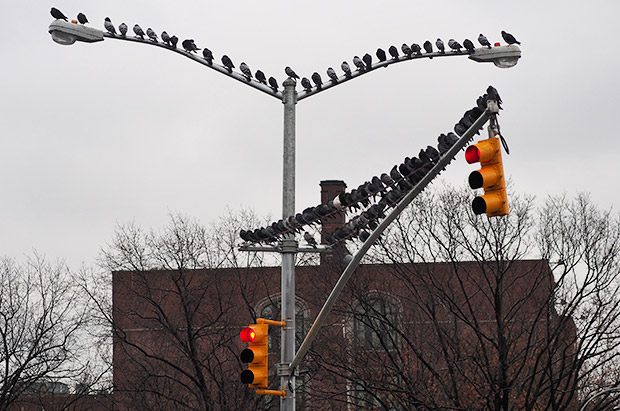 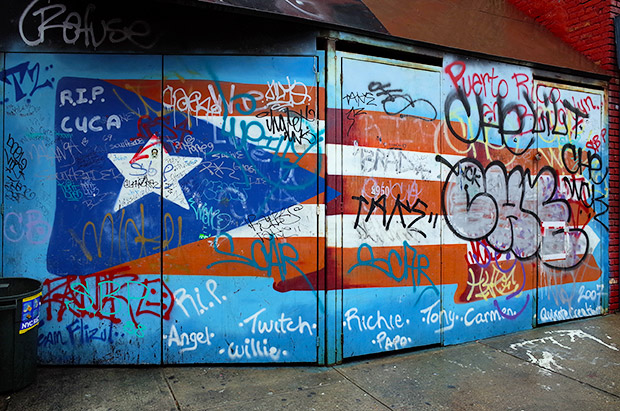 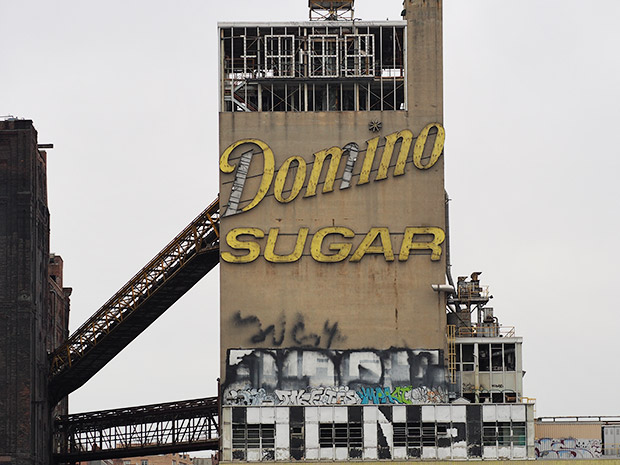 The old Domino Sugar refinery which closed in 2004 after operating on the site since 1882.

More photos from Williamsburg and Brooklyn: