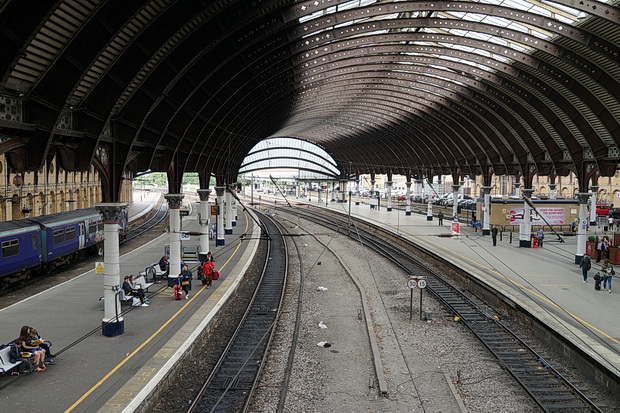 Here’s a short photo-essay showing off some of the splendour of York railway station, a marvel of Victorian engineering and architecture. 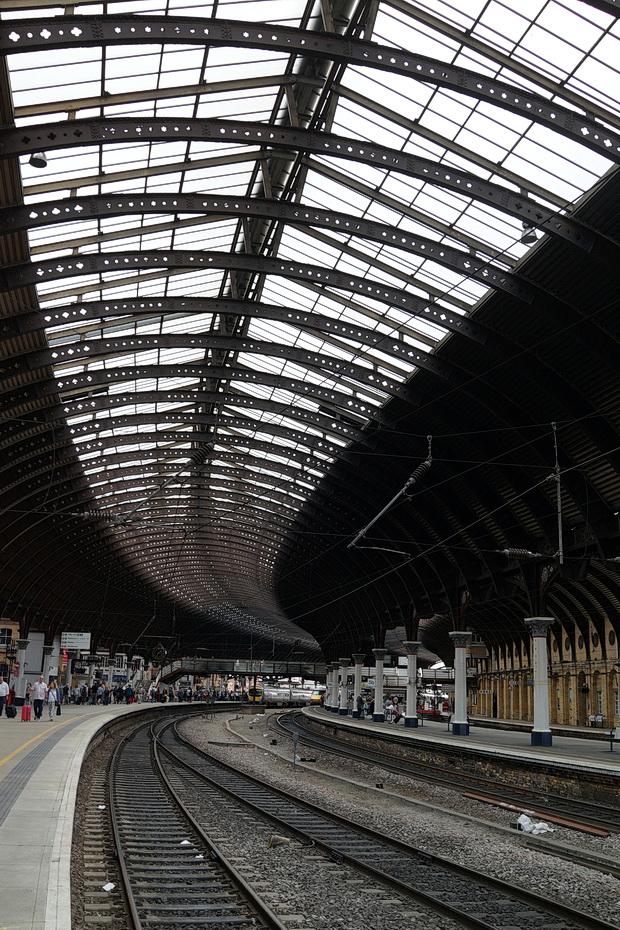 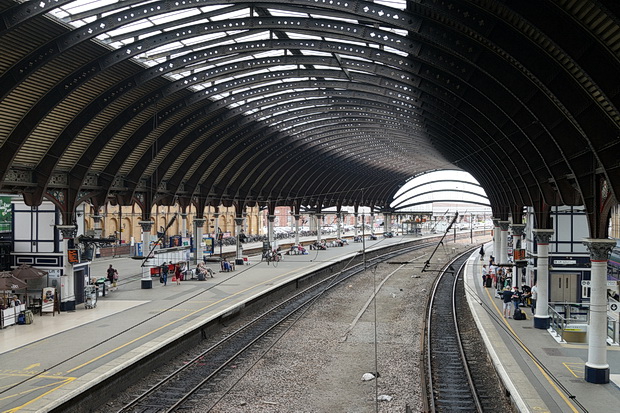 The first York station was a temporary wooden building on Queen Street outside the walls of the city, opened in 1839 by the York and North Midland Railway.

This was replaced by the present station which was designed by the North Eastern Railway architects Thomas Prosser and William Peachey and opened on 25 June 1877.

It had thirteen platforms when it opened and was at that time the largest in the world. Currently, eleven platforms remain in use. 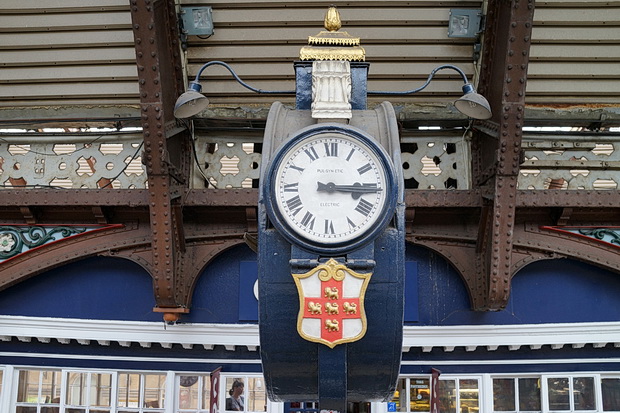 There’s some cracking big clocks to be seen on the station. 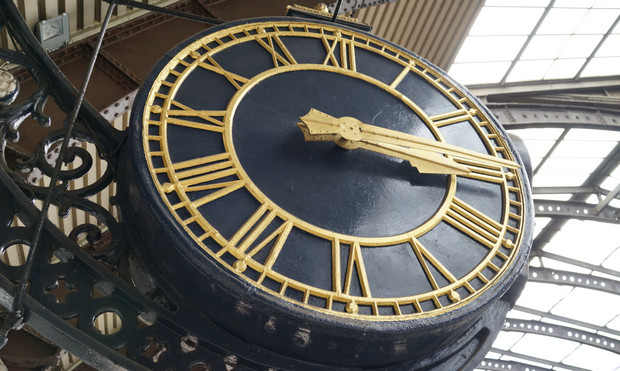 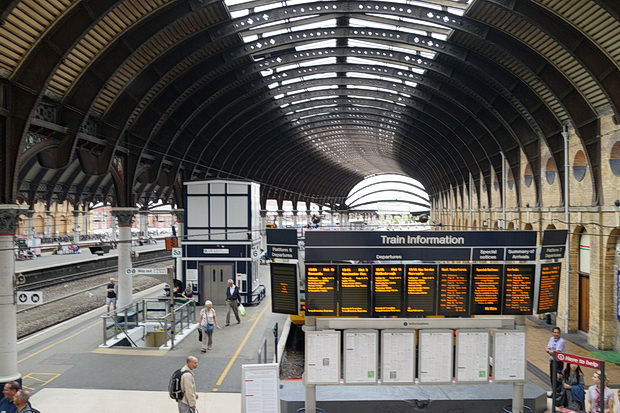 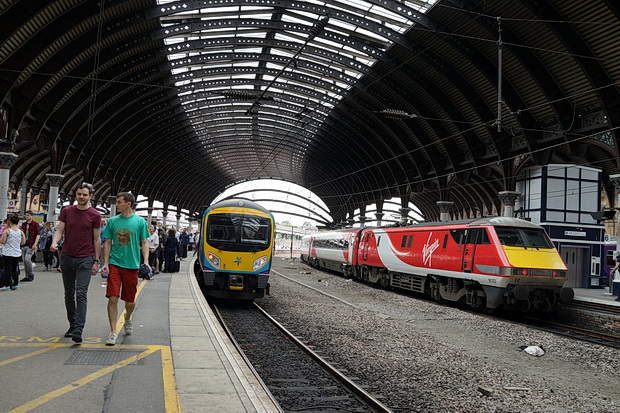 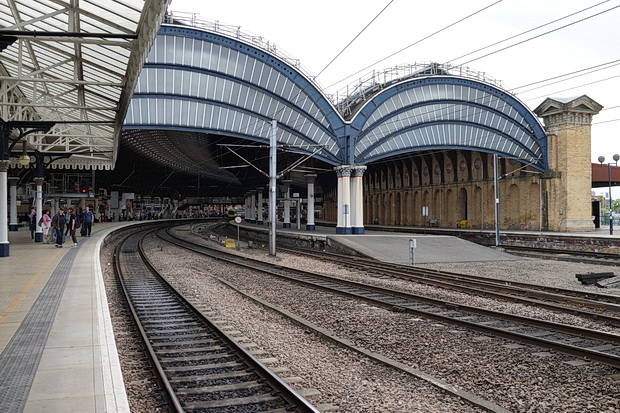 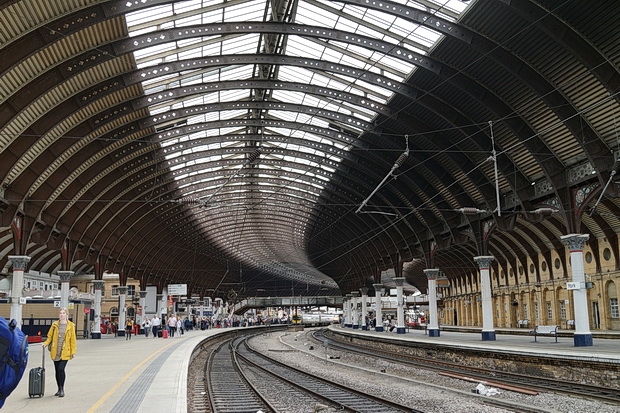 Look at the curves on that! 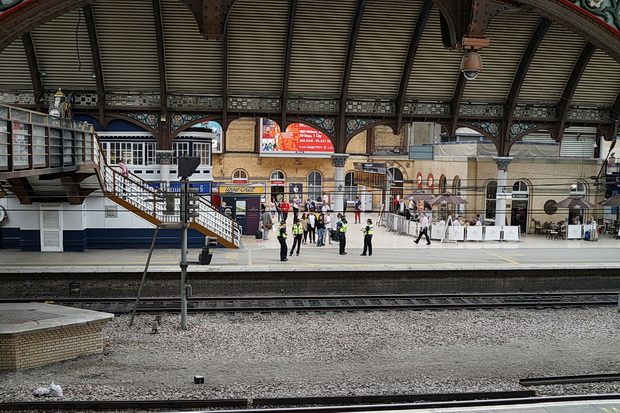 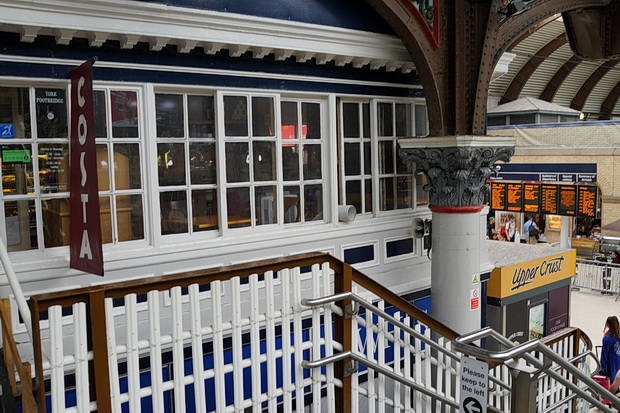 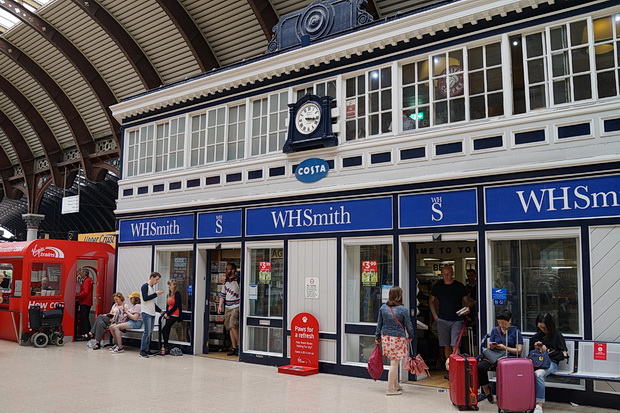 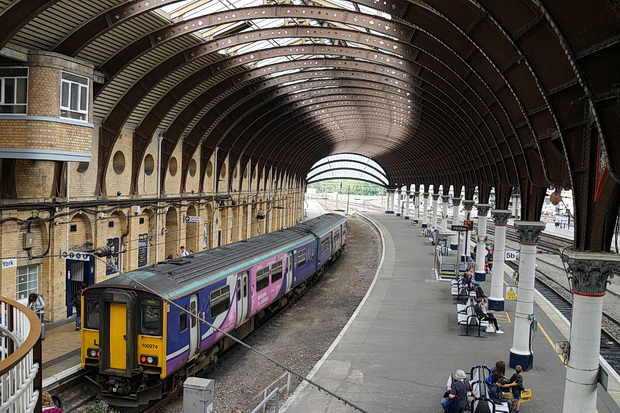 The train shed is right up there with some of the best Victorian station engineering in the UK, featuring a glazed roof supported on classical columns with colourful Corinthian capitals.

Look closely and you’ll see that the brackets contain spandrels depicting the white rose of York and the NER’s coat of arms. Lovely stuff! 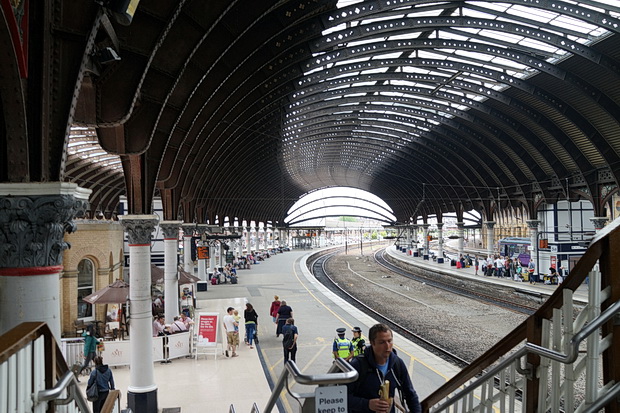 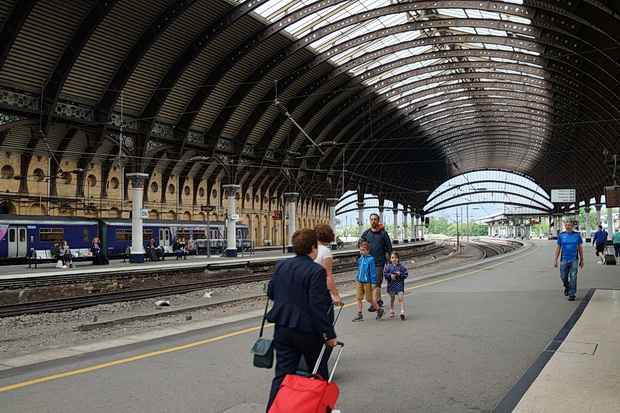 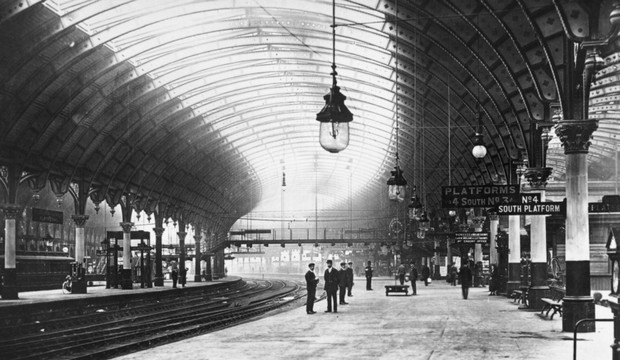 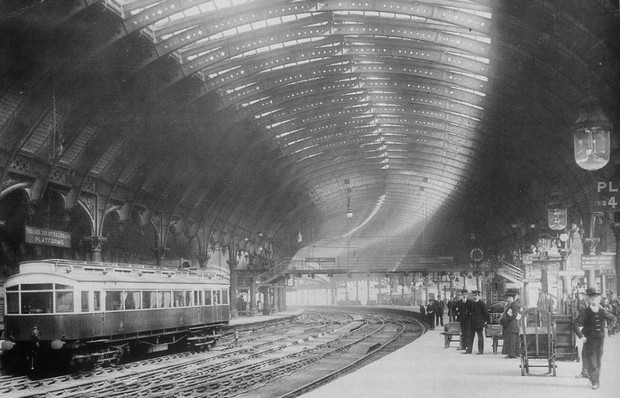 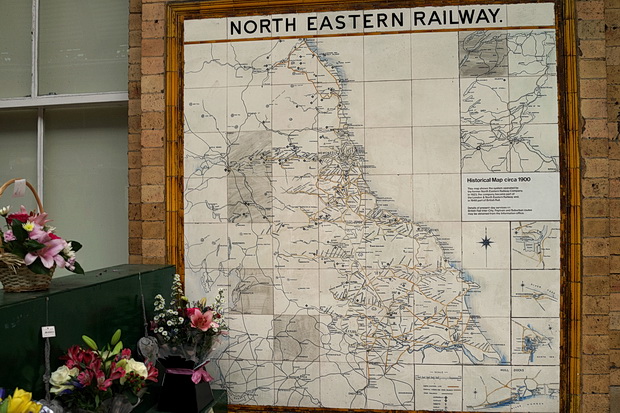 Once seen on a number of stations served by North Eastern Railways, this panel of 64 glazed tiles shows a map of the rail network.

Made by Craven Dunhill and Company, the work dates from around 1900. 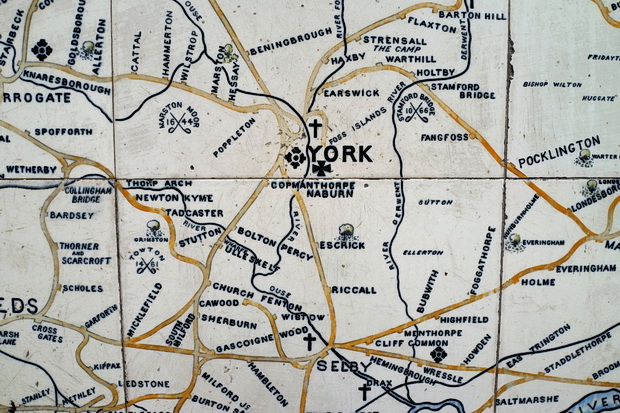 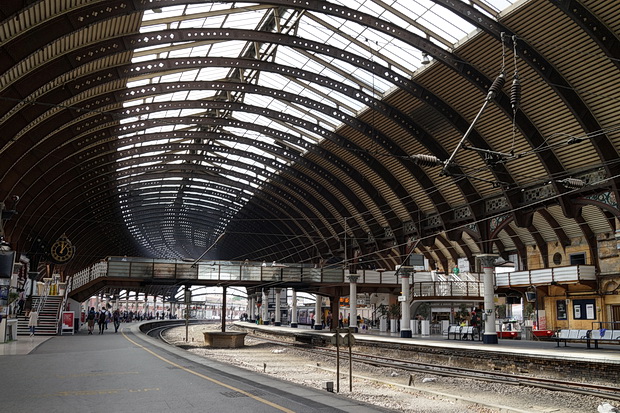 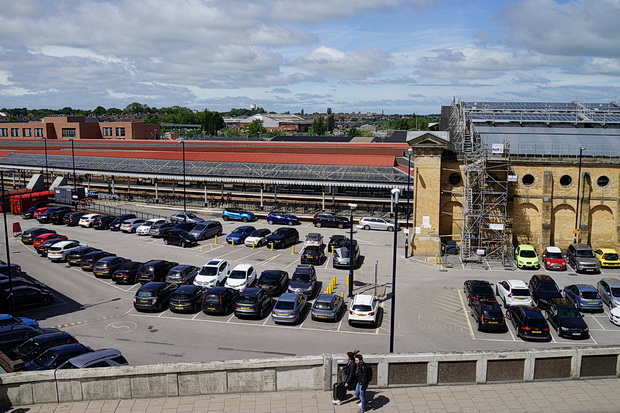 Outside view, taken from the city wall. 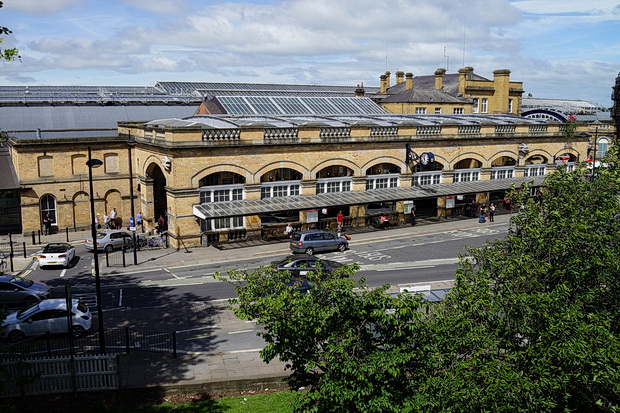 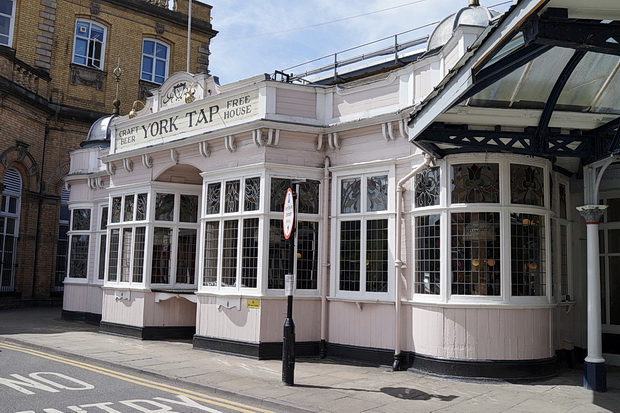 The York Tap pub is located in a beautiful Grade A listed Edwardian building by the station and serves British real ale and continental craft beer across 32 lines. 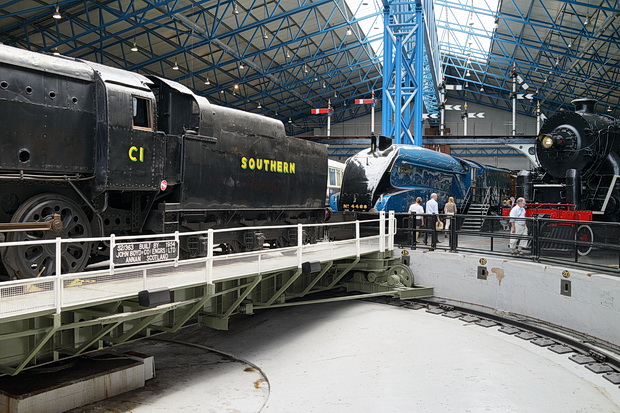 Unfortunately we had no time to sample their wares as we had to dash off to the nearby museum – see the photo report here: Steam locos, memorabilia, a stuffed dog and much more at the wonderful Railway Museum in York

4 Comments on “In photos: the magnificent curves and Victorian architecture of York railway station”