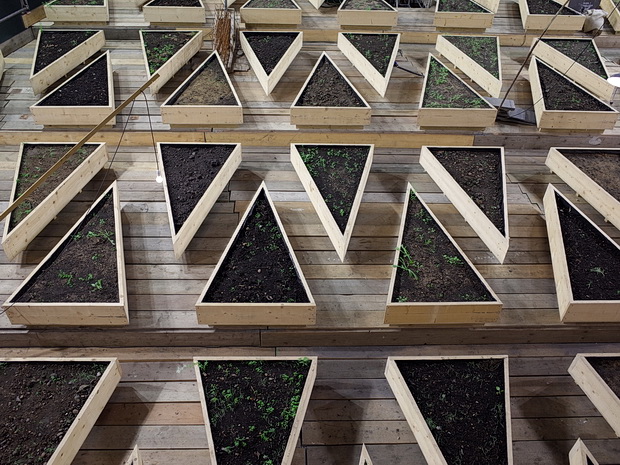 I’ve seen some amazing artworks in the Turbine Hall in London’s Tate Modern with perhaps Olafur Eliasson’s Weather Project being the most stunning of the lot.

Sad to say, I failed to be particularly inspired or moved by the current exhibition by Abraham Cruzvillegas, entitled ” Empty Lot”. 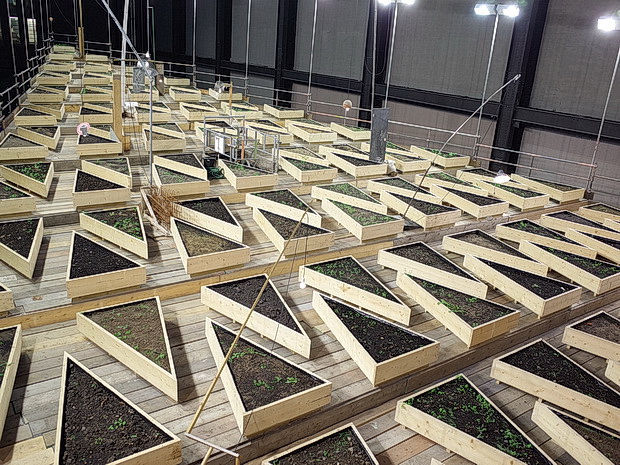 The concept is clever and simple: dollops of earth have been transferred from 36 sites all over London and deposited in regularly watered, elevated triangular planters arranged in a geometrically pleasing diamond formation.

Over time, the irresistible force of nature will assert itself on the installation and see weeds, plants and flowers rise from the dirt, although the artist insists that nothing has been planted, and only seedlings already in the earth will flourish. 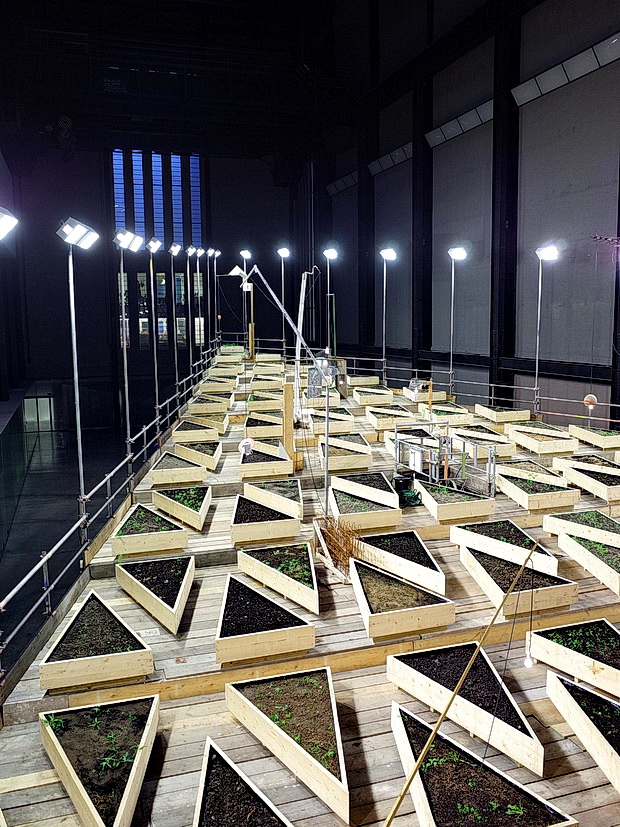 The Turbine Hall’s raised bridge provides an overview of the enormous installation, showing the diamond patterned planters filled with earth from various parks or gardens in London, including samples from Brockwell Park to Buckingham Palace and Highgate Wood to Hackney Marshes. 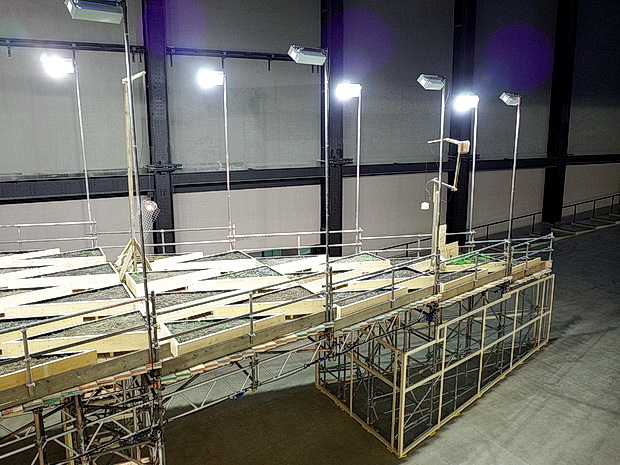 Suspended in mid-air by a half ton of scaffolding and illuminated by rows of lights, the display brings to mind the post-apocalyptic environmental vision seen in the Silent Running sci-fi film, except all that’s on view is mainly dirt (at least it was when I visited). 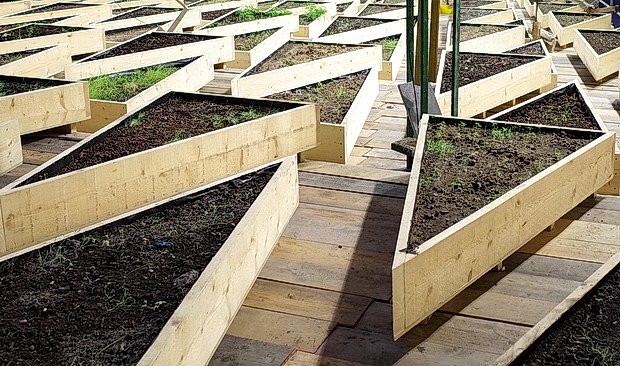 By April 2016, when the commission reaches its conclusion, the idea is that we could be looking at an unplanned and unpredictable scene, stuffed full of life, showing the triumph of nature over concrete and the city.

Or perhaps it will look much the same as it does now. Either way, there’s not enough of interest to bring me back… 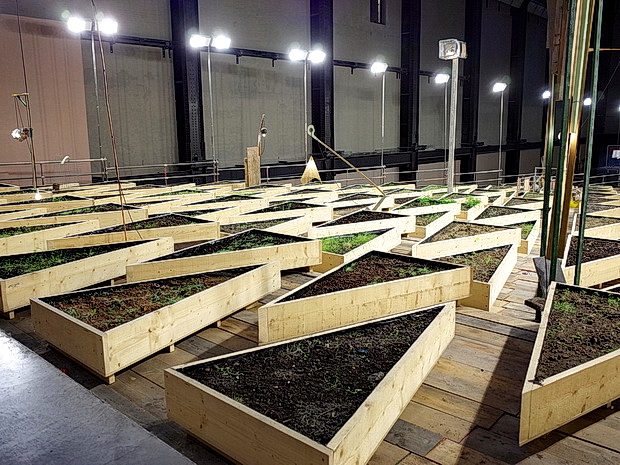 Here’s some more photos from the installation. Scroll down for opening times. 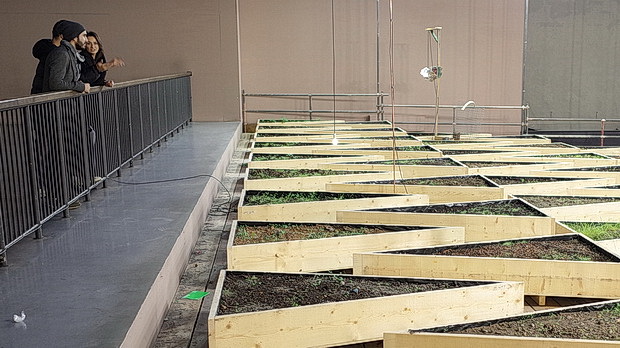 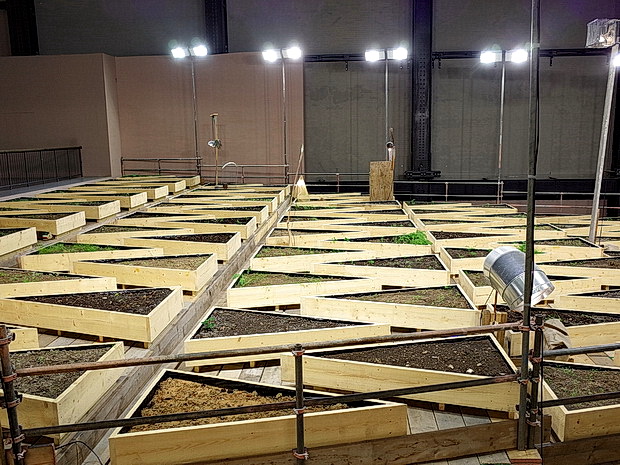 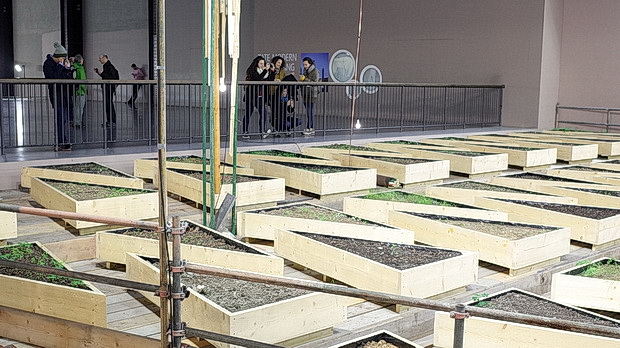 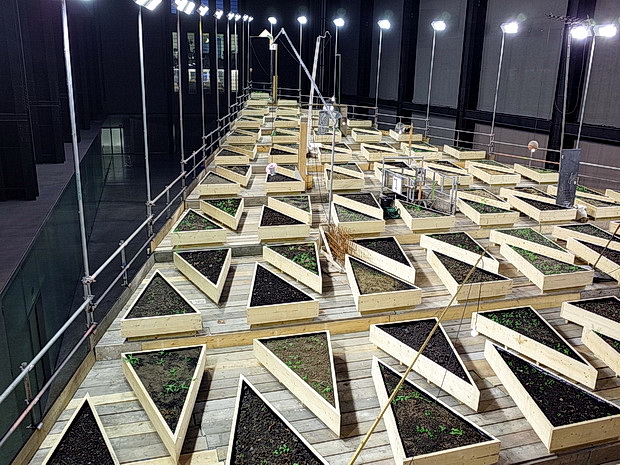 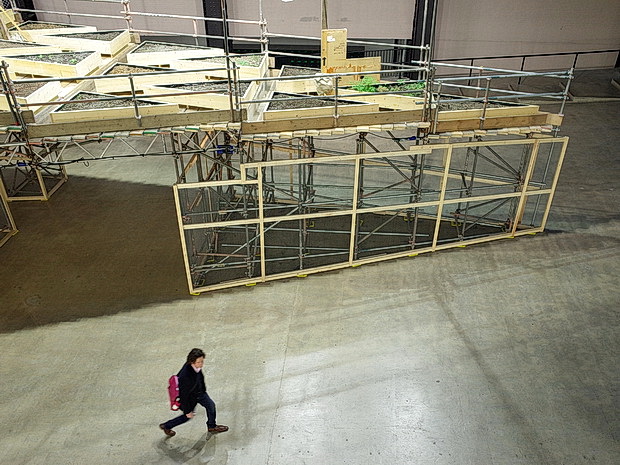 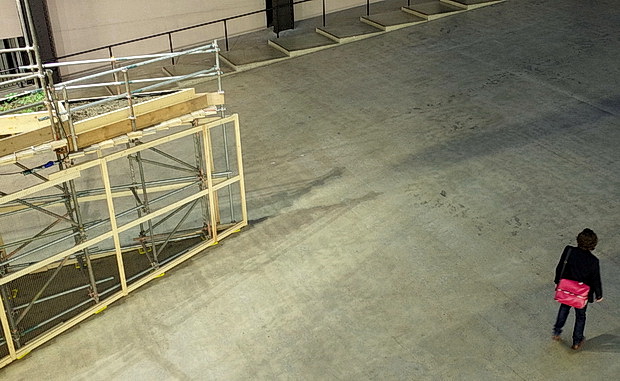 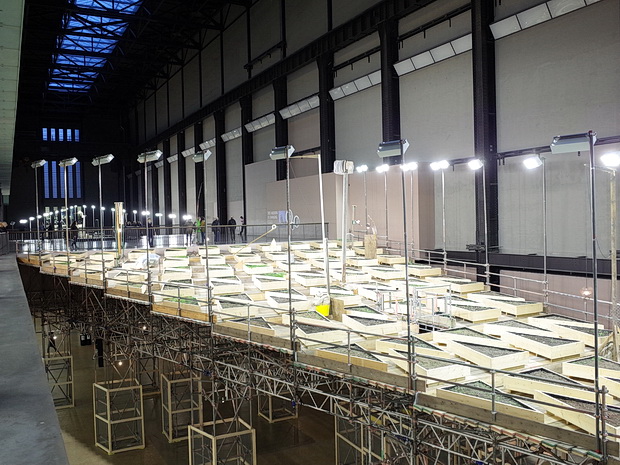 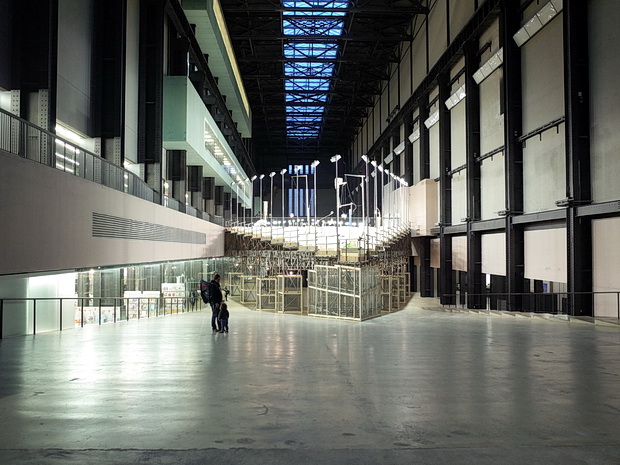 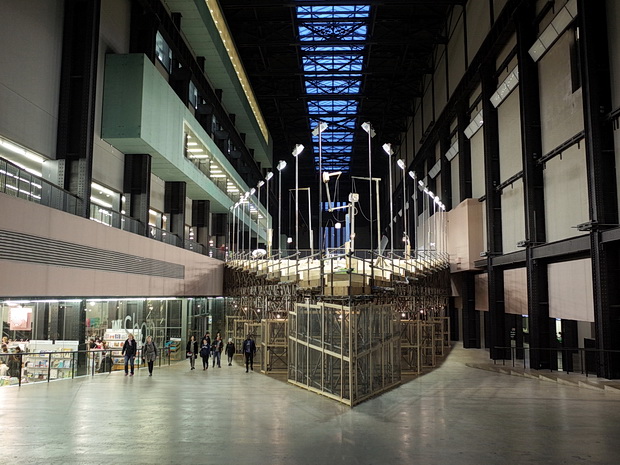 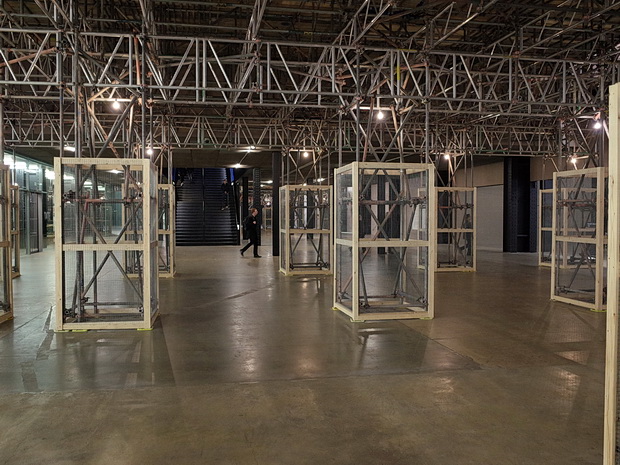 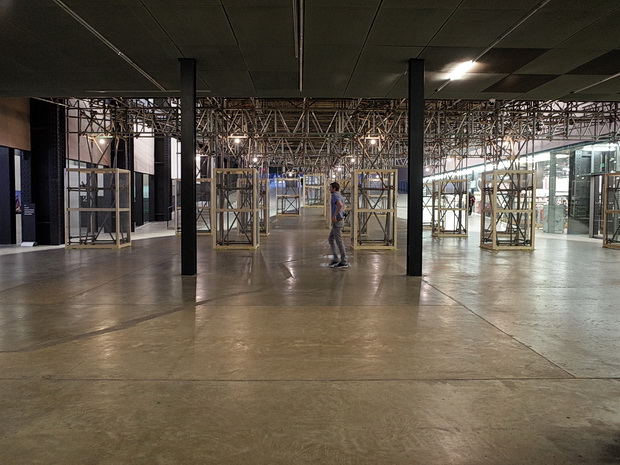 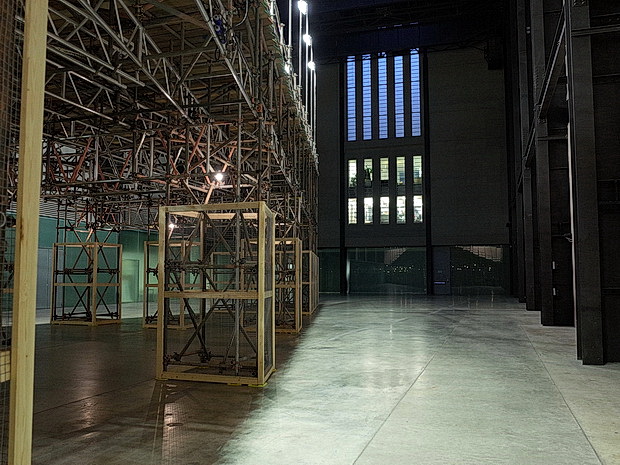 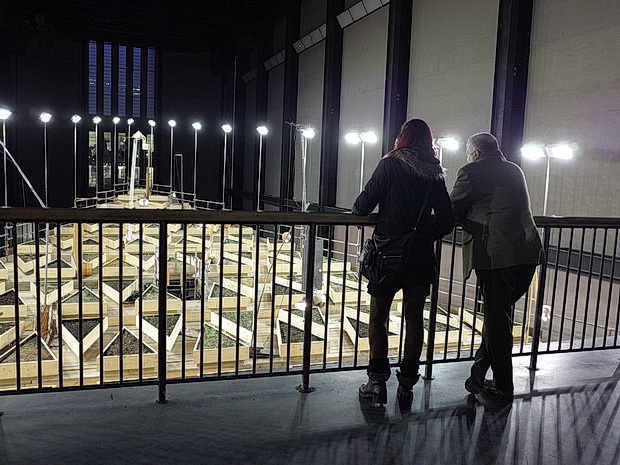 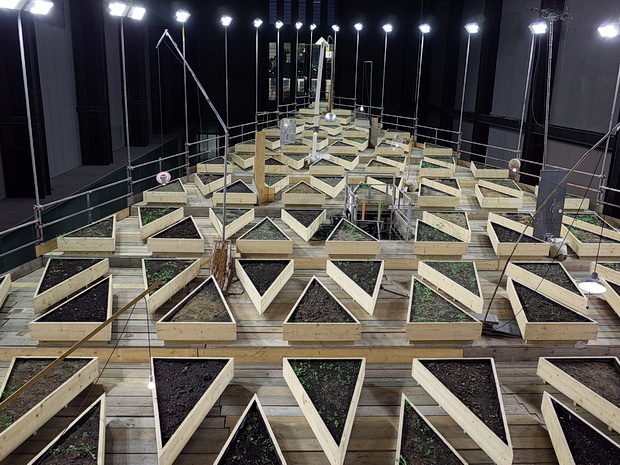 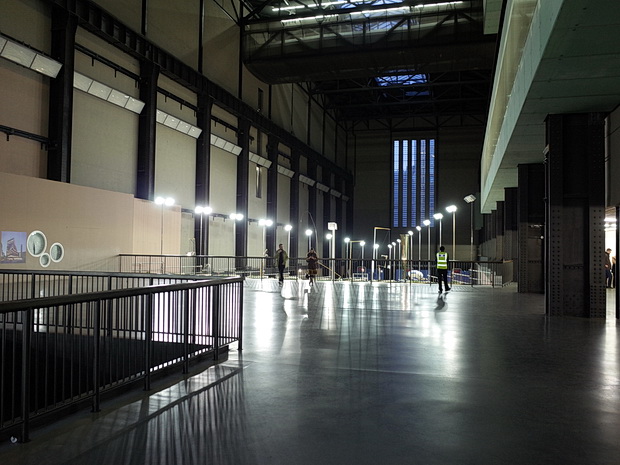 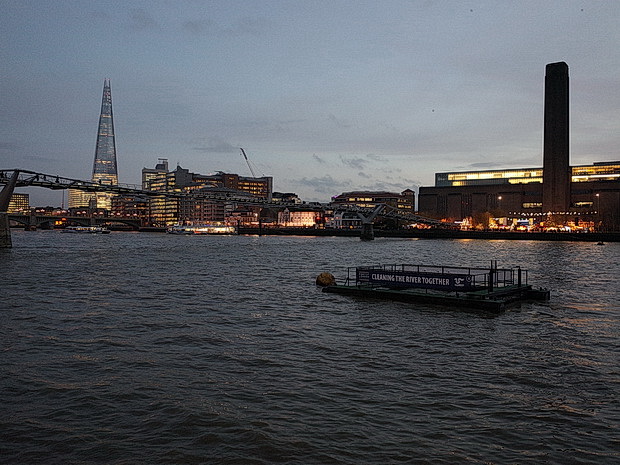