From Saturday 1st Sept 2012, new laws will make squatting a residential building in England and Wales a criminal offence, with the maximum penalty six months in jail, a £5,000 fine – or both. 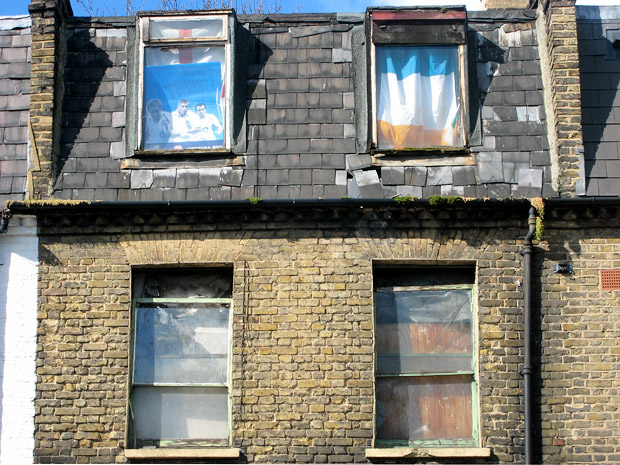 With squatting now outlawed, the popular ‘Notes for New Squatters’ advice page on the urban75 site has been rendered obsolete.

With Tory politicians playing the old age trick of wildly exaggerating the case – the cases of squatters moving into a house when the owner has popped out for a pint of milk remain extremely rare – the legislation could see the vulnerable, the very poor and the destitute being thrown out of their homes.

Clueless Housing Minister Grant Shapps was quick to brag that the new laws would ‘slam shut the door on squatters once and for all,’ while campaigners pointed out that the new law could criminalise vulnerable people and lead to more people living rough in the street. 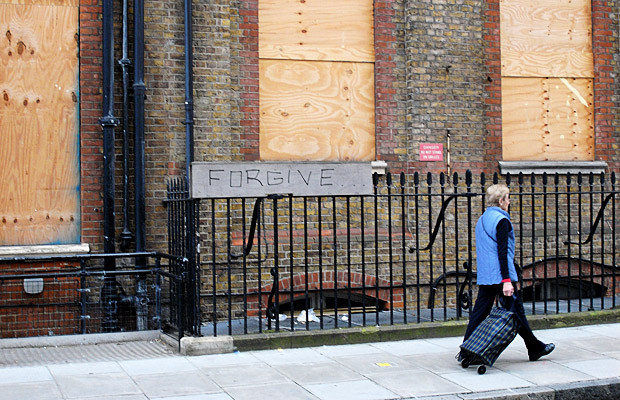 The change in the law

Up until 1st September 2012, squatting was treated as a civil matter, so homeowners (including councils and housing associations) needed to go to a civil court to prove that the squatters had committed trespass before they could be turfed out.

With squatting now a criminal offence, homeowners only have to complain to the police who are free to take immediate action and arrest the squatters.

Guidance issued to the police and other law enforcement agencies by the Ministry of Justice says that the cops must prove that a person knowingly entered a building as a trespasser and ‘is living or intends to live’ in it. 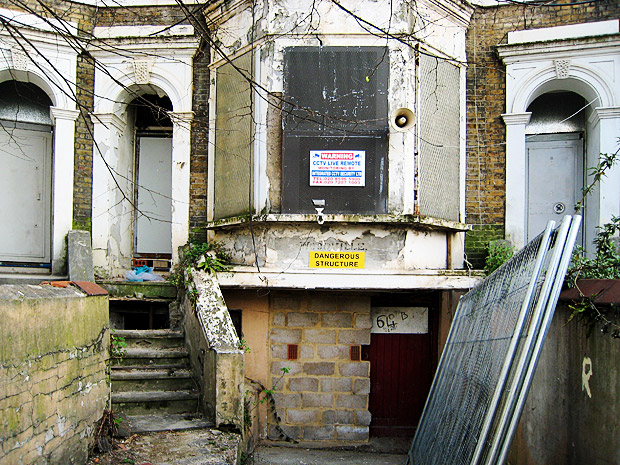 Push them into the streets

Speaking to the BBC, Catherine Brogan from the campaign group Squatters’ Action for Secure Housing, said: ‘What we need is to tackle the housing crisis and not criminalise some of the most vulnerable people in our society.’

Leslie Morphy, CEO of the homeless charity Crisis, said legal provisions were already in place for removing squatters from people’s homes and the new offence could leave vulnerable people facing jail or a fine they cannot pay.

The Advisory Service for Squatters looks to challenge these new laws, posting the following on their website:

On the 1st September S144 of LASPO 2012 comes into force. We’ll leave it to others to explain how this is crap law, in response to myths from sections of the media, brought in by a government of the rich.

The intention is to criminalise squatting in residential property.

We do not think that it will fully achieve this, and non-residential property remains as safe to squat as before.

We expect that the next few months will see a spate of challenges and test cases, which will draw lines between what can and what can’t be done.

We at ASS, along with others, have been going through what’s actually in writing, to work out how we can help people to be as safe as possible. Unfortunately we can’t be as reassuring as we would wish.

What is clear is that we should take down our old much-loved Legal Warnings, as these will be read as an admission of committing a criminal offence. 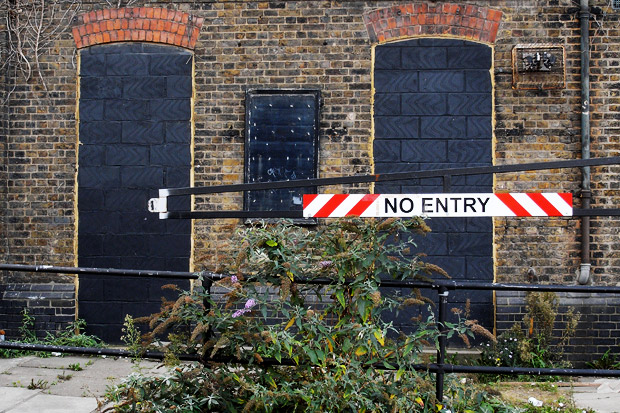 A poster on the urban75 thread about these new laws also adds:

It is worth bearing in mind that non-residential properties are not covered.

The What Do They Know site is useful for identifying empty commercial or non-residential properties owned by local authorities.

You are entitled to ask for and receive this information under the Freedom of Information Act. Many such requests have already been made:

If there is no information (or only old information) up from your local council, use the WDTK site to make an-to-date FoI enquiry.

Update: The  Advisory Service for Squatters have added this clarification of the new laws:

The wording of S144 starts:

(1)A person commits an offence if—

(b) the person knows or ought to know that he or she is a trespasser, and

(c) the person is living in the building or intends to live there for any period.

(2)The offence is not committed by a person holding over after the end of a lease or licence (even if the person leaves and re-enters the building).

So Squatting is still legal in non-residential properties. A building is defined as ‘residential’ if it is “designed or adapted, before the time of entry, for use as a place to live”.

Tenancies and licences do not have to be in writing, but if people have reason to think they may be accused of breaking the law it would be best to collect as much paperwork as possible. Tenancies and licences can also have been granted by a tenant of the owner, or by an agent, possibly without the owner’s knowledge (but they can check and return).

Any police officer would need to have reasonable suspicion that you (or anyone) have committed a crime, to force entry and to carry out an arrest, so it can be in your interests to explain otherwise. Explaining through a closed door or upstairs window is always preferable to letting them in.

Section 6 of the Criminal Law Act 1977 still applies against those trying to force entry without lawful authority. The problem is that the new law gives further lawful authority to the police to enter if they suspect the offence is being committed.

Leave a Reply to Reg the Wedge Cancel reply