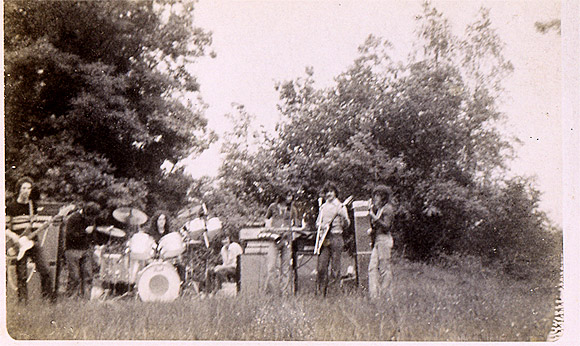 Problem: we’re in a noisy rock band but there’s nowhere to rehearse – and we can’t afford to pay proper studios.
Cunning solution: drive up to an abandoned quarry in north Cardiff and rehearse there for free! 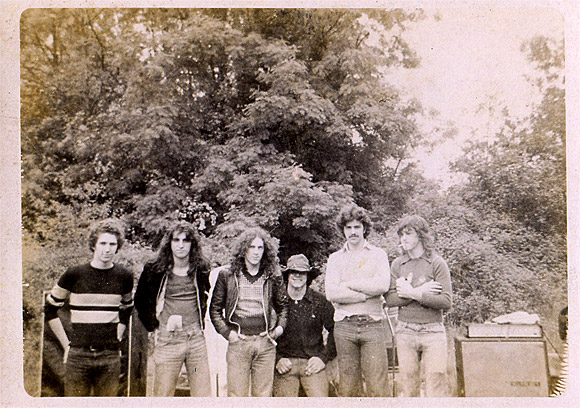 Back in my teenage years (yes, that long ago), one of my first bands was a rock/funk combo in Cardiff that was high on enthusiasm but low on cash.

We couldn’t afford to rent rehearsal studios, but after locating an abandoned quarry in the middle of nowhere (up Rhiwbina Hill in north Cardiff) we thought we could rehearse there without bothering anyone.

We didn’t have a generator to power the PA system, but got around that particular problem when we managed to find an ‘unused’ plug socket in an outbuilding of a nearby house.

Hooking this up meant taking part in a commando raid to scramble over their fence and quietly plug in the lead, without the farmer noticing.

Once the plug was connected, the next mission was to daisy-chain untold amounts of extension leads together and run the cable down the quarry face to our amps. 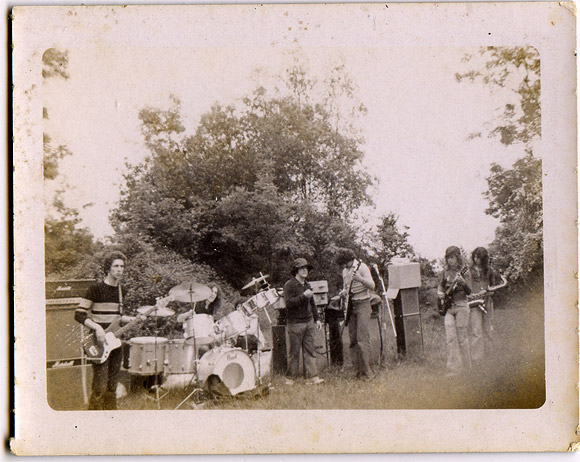 The acoustics in the quarry were great, and the surrounding rock face meant that the sound was pretty much contained.

Occasionally, the weather would turn rainy, so we’d simply stick boxes on top of the speakers, put plastic bags on top of the electrics and I’d stick a sheet over my head to keep the drum kit dry – and we’d happily carry on playing. 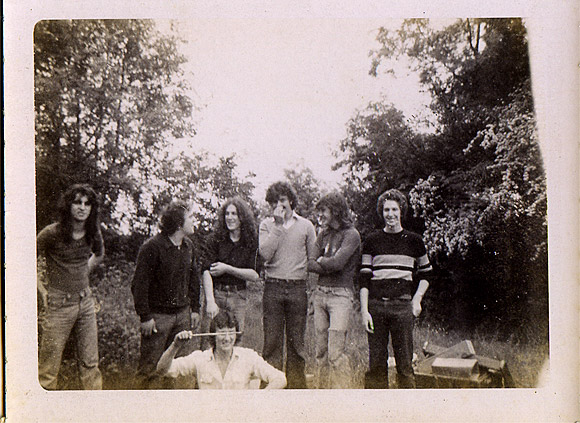 Bemused ramblers would sometimes stumble across our gigs and perhaps assume that we were taking part in the worst attended festival ever.

Some walkers gave us an enthusiastic response, and they’d stay around enjoying the sounds, while other folks would swiftly turn on their heels.

The fact that the singer would sometimes start serenading them with personalised lyrics  (in not always complimentary terms) probably didn’t help. 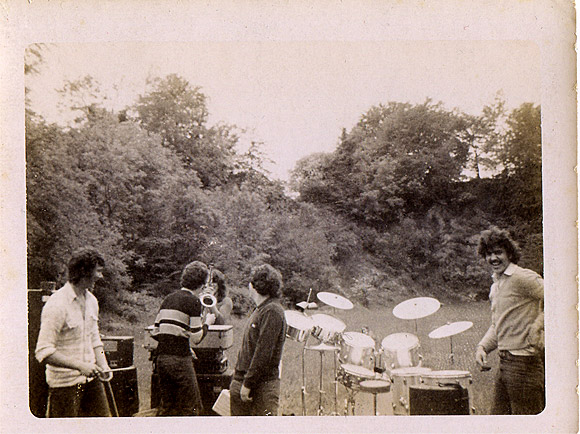 We rehearsed quite regularly in the quarry, and never got rumbled by the farmer, although the one time we saw him coming we had to hastily cover up the mains lead and spin a yarn about battery powered amps. 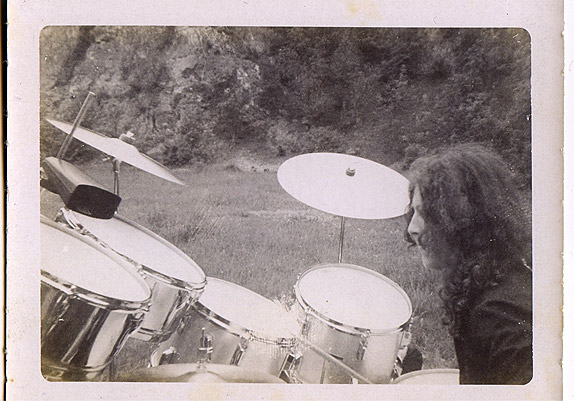 Yours truly giving it some Flats in Dagenham.

I also had two Premier copper 12″/10″ timbales (seen on the left) which were fabulous drums – in fact, I’ve still hung on to them, although the Pearl kit is long gone.

I worked on the motorway six days a week to buy that kit and it got even bigger when I got a record deal later on (Pearl rack/Simmons pads and more!).

However, when  the money ran out and the big shows and the roadies vanished, I used to feel a right chump rocking up to a small gig with that beast. 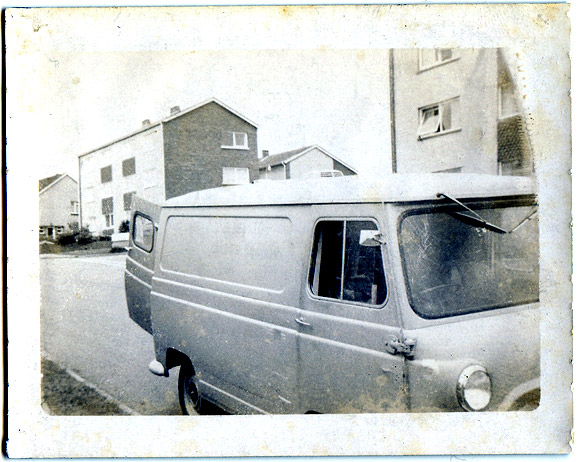 Our knackered old van. One time we stopped at traffic lights and noticed a wheel speeding past us. Yes, it had come off the van!

Oh, and in case you’re wondering, these photos haven’t had a trendy Instagram-style ‘distressed’ filter  filter applied – this is how they actually look, being taken on a crappy old Polaroid camera in about 1847.