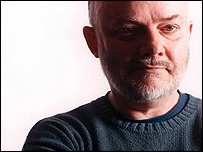 One of the finest DJs in the UK has just died of a heart attack while on holiday in Peru.

It’s thanks to John Peel I got arrested by Loch Ness in Scotland!

We were on tour and stopped off for a night’s drinking in a pub by the famous loch. John Peel unexpectedly played our song on his show so we got completely drunk and tried to break into the pub later on for more supplies.

We failed miserably and ended up in a gift shop instead, nicked a load of sporrans, deerstalker hats and cuddly ‘Nessies’ and were promptly arrested.

John Peel played us again the week after saying, “what’s next this time lads, The Crown Jewels?!”.

Diamond geezer. A real music fan. He’ll be much missed.