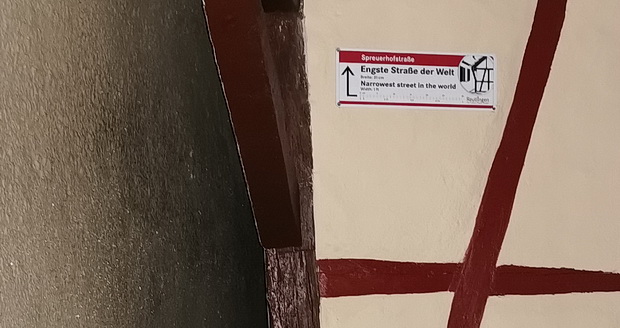 Rarely has a trip to a tourist attraction disappointed as much as my recent visit to the ‘Narrowest Street In The World’ in Reutlingen, Germany. 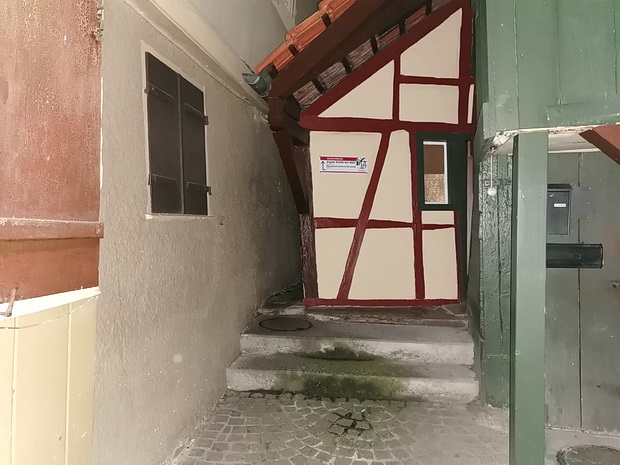 Admittedly, I didn’t help myself by arriving at midnight, but with no lighting being provided, I had to stumble around in the dark and use the torch on my phone to locate the ‘street.’

And what a damp squib it was. They call it a ‘street’, but it is in fact just a small gap between two houses that were built in 1726 after Reutlingen was ravaged by a fire. 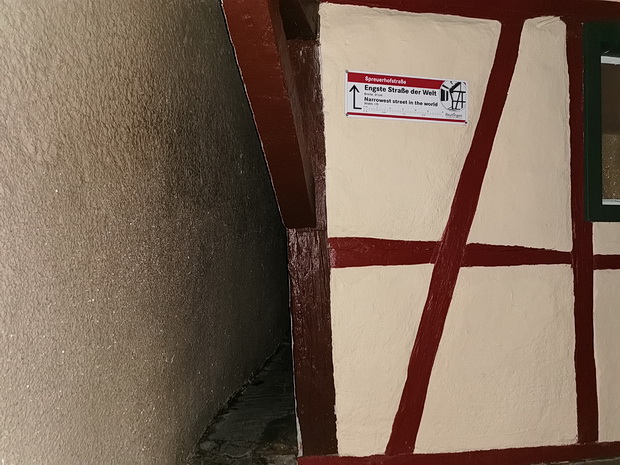 Measuring a measly 3.80 meters long, Spreuerhofstrasse is listed as the narrowest in the world in the Guinness Book of World Records, with a width of just 31 centimetres (12.2 inches).

The only good thing I can say about it is that it shortened my trip slightly to the pub.

Apart from that it was rubbish. 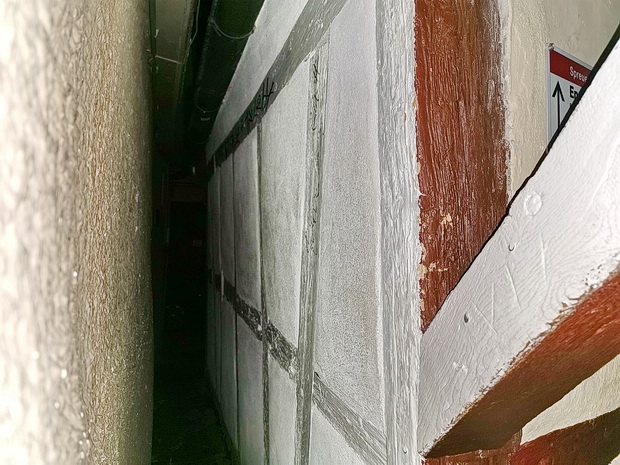 Here’s some pics from my two second walk through in the dark: 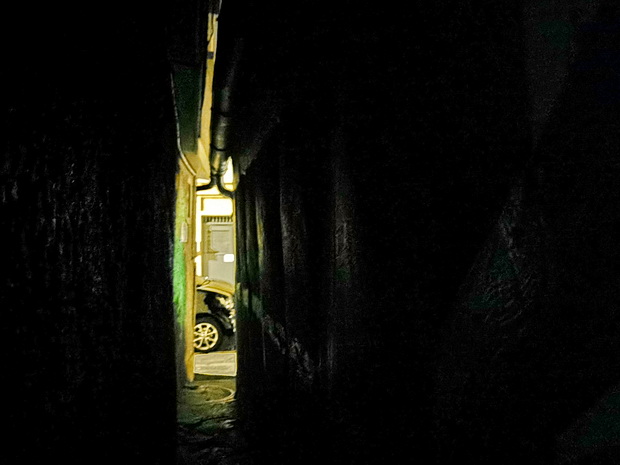 Here’s how it looks without the flash.  It’s a ‘passageway’ at best. 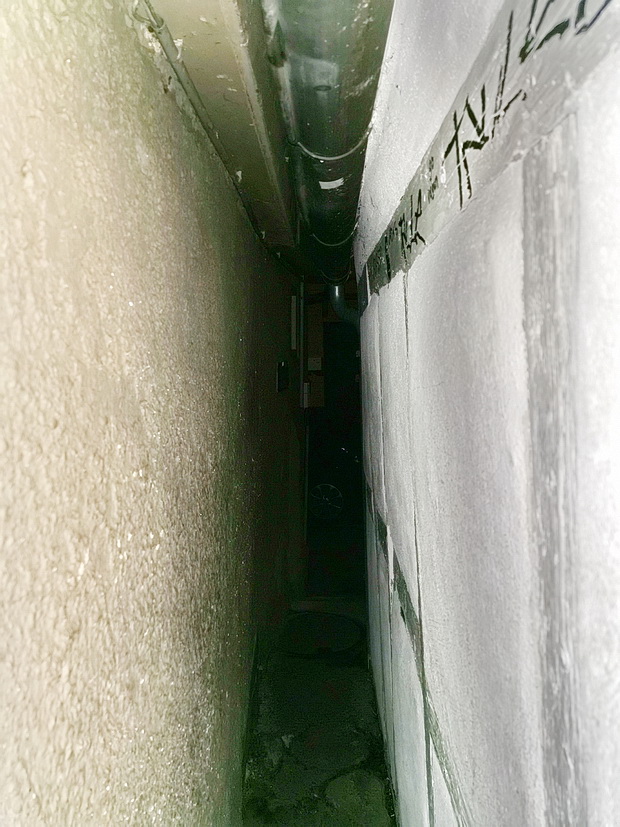 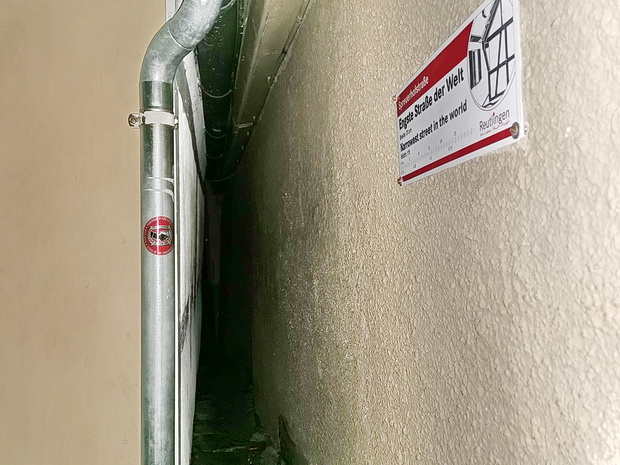 A shiny new metal drainpipe can be seen at the opposite end.

For a more convincing ‘narrow street’ check out my feature on Brydges Place, which is London’s narrowest alley, running for 200 yards and measuring up at 15 inches wide.

How to find the street (if you must)

Photos of Cologne, Germany: The Rhine, King Georg bar, pipes, bins and a near-arrest for a heinous crime