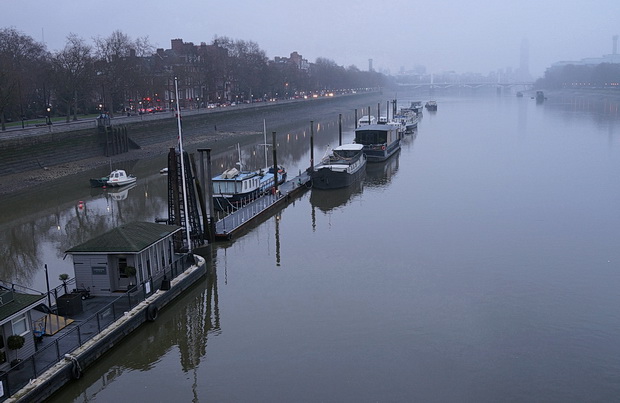 London is a great walking city, and there’s plenty of interesting strolls you can take, even when the weather is a bit crap. On a damp and misty Sunday, we got the tube up from Brixton to Vauxhall station and headed west. 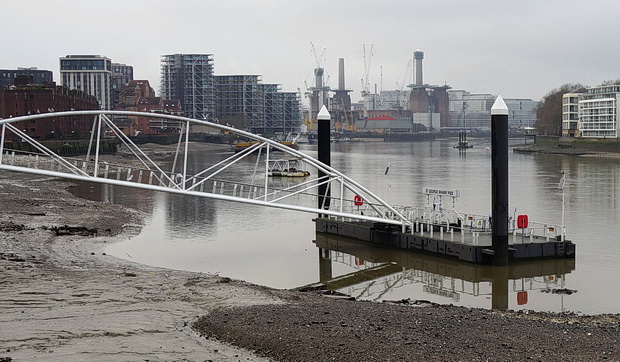 This south riverside is being enthusiastically developed to provide luxury flats for the well heeled. In the distance you can see Battersea Power Station’s chimneys being rebuilt. 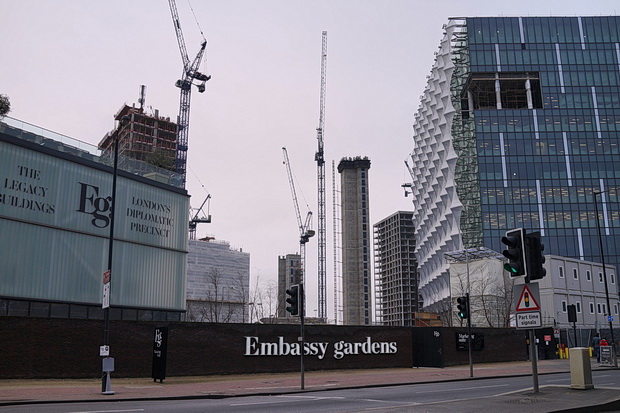 Billed as “London’s new diplomatic precinct,” Embassy Gardens is on the riverside of Nine Elms and comes with the usual glossy website to attract the overstuffed wallets of the rich. 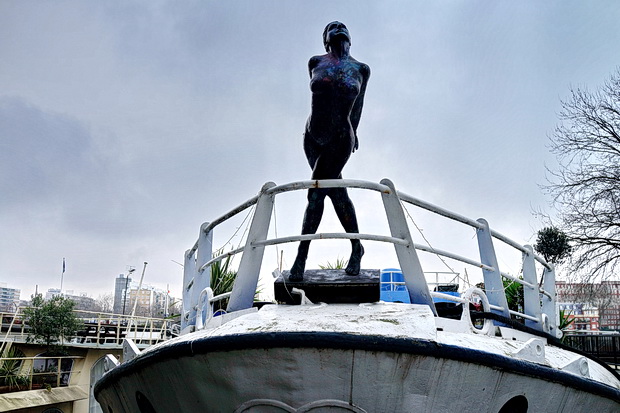 The riverside path takes you past several permanent moorings. 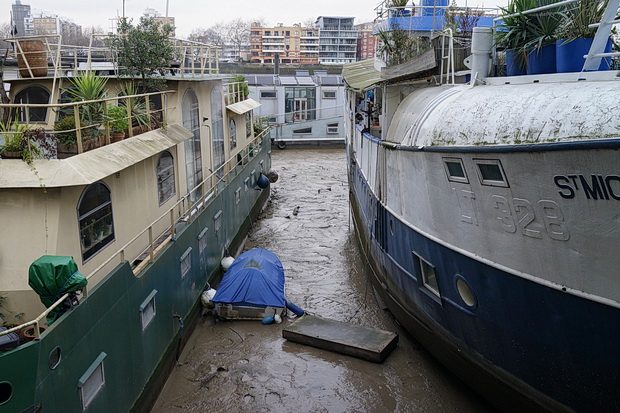 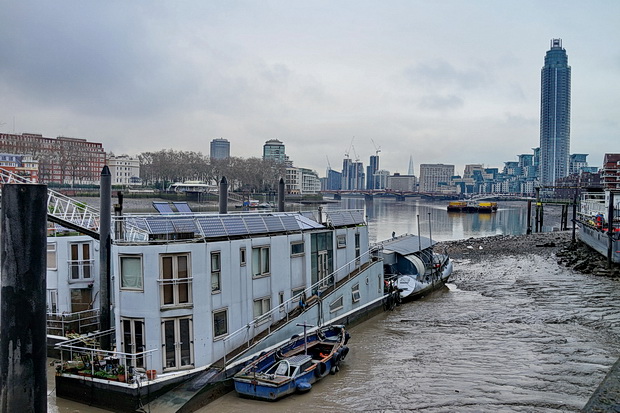 That’s quite literally a house boat. 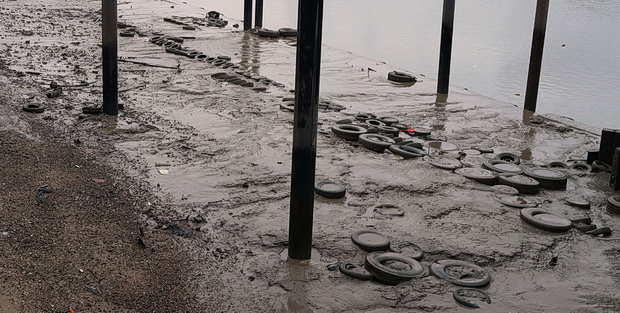 Low tide on the Thames. 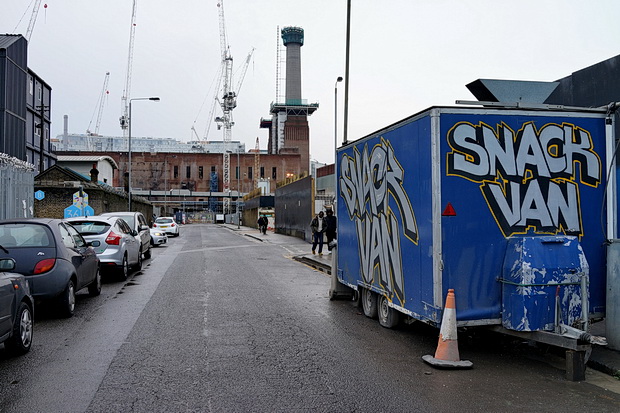 After years of deliberation and a few wild proposals, work has gone ahead of a dreary redevelopment of the area. 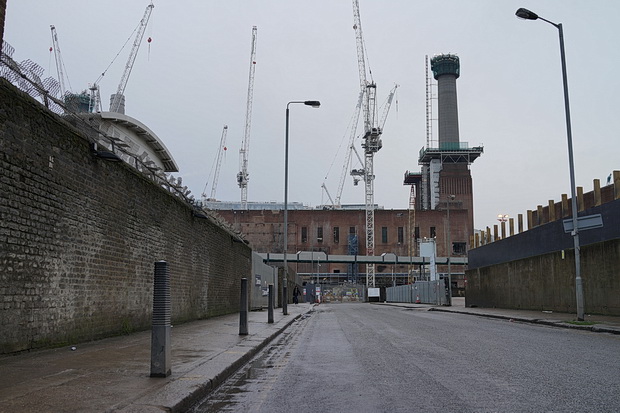 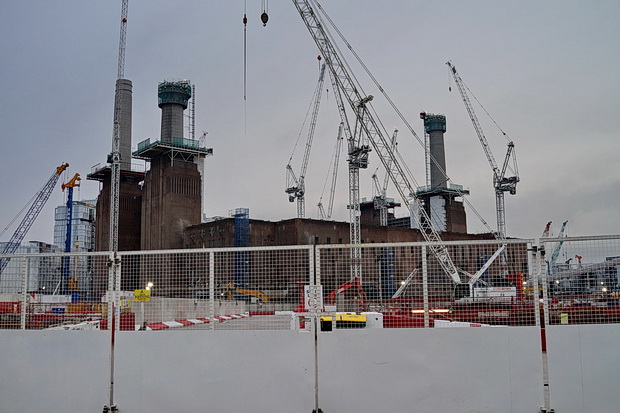 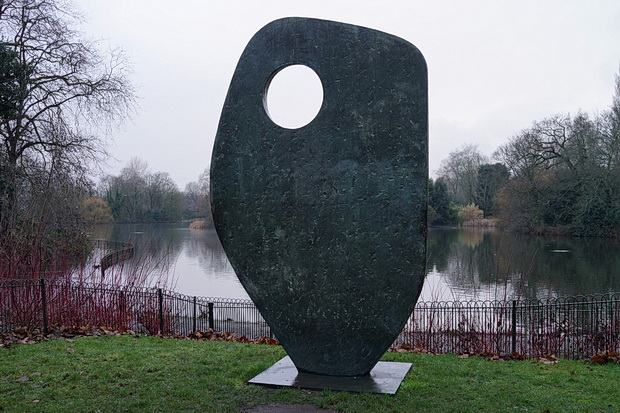 In nearby Battersea Park can be found Barbara Hepworth’s 1961-2 sculpture “Single Form,” dedicated to the memory of Dag Hammarskjold, the late general secretary of the United Nations. 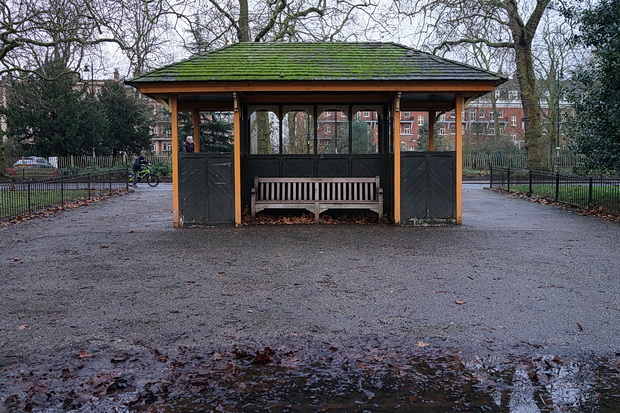 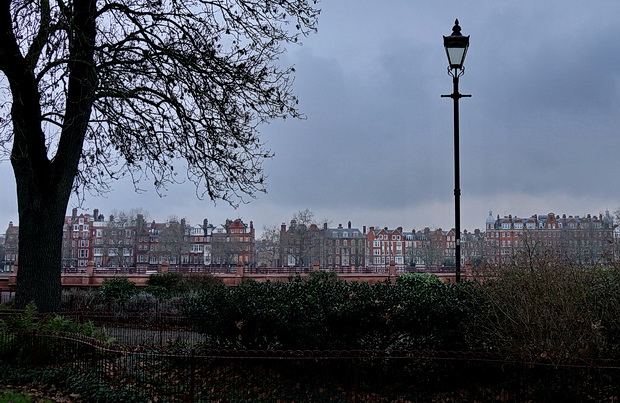 Looking across the river to the fine houses of Chelsea. 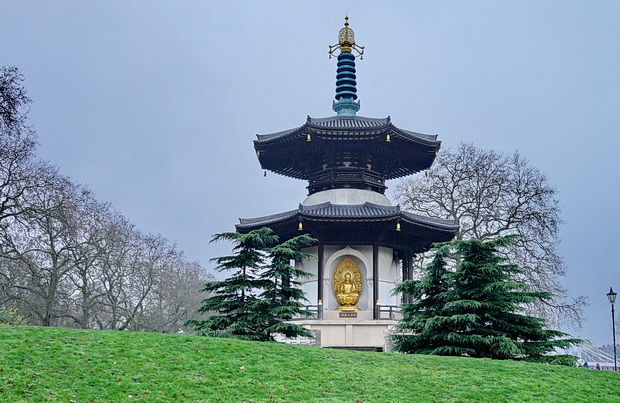 The London Peace Pagoda was built in 1985 in Battersea Park. Permission to build it was the last legislative act of the Greater London Council. 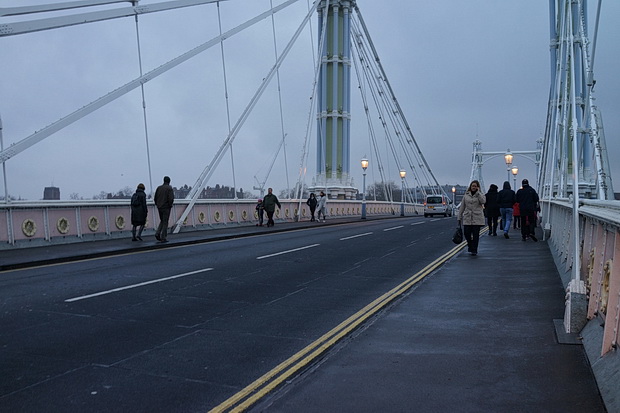 Walking across the Albert Bridge, which was designed and built by Rowland Mason Ordish in 1873, but after it proved to be structurally unsound,Sir Joseph Bazalgette stepped in to modify the design between 1884 and 1887. 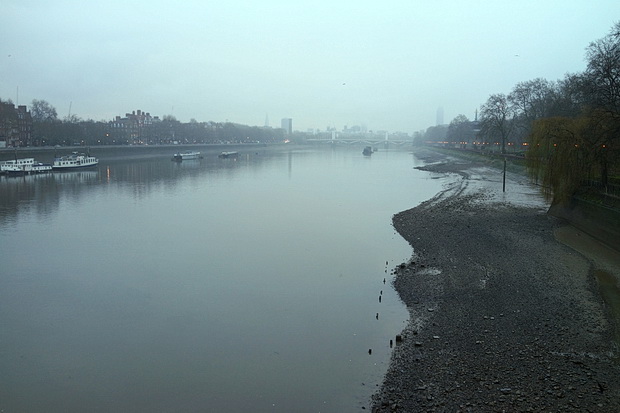 Looking east to a misty London. 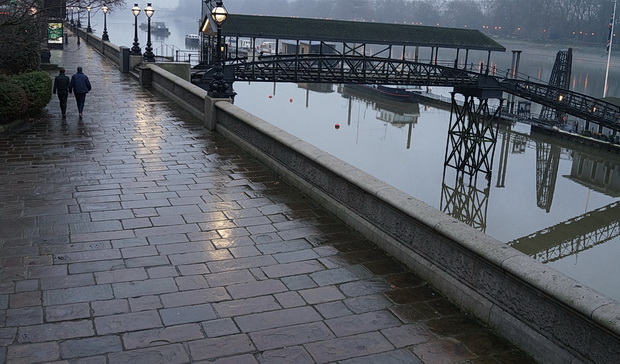 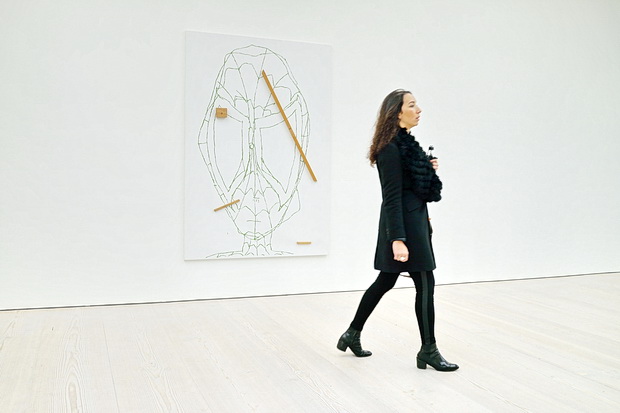 The Saatchi Gallery of contemporary art was opened by Charles Saatchi in 1985 so he could show off his collection to the public. Admission is free. 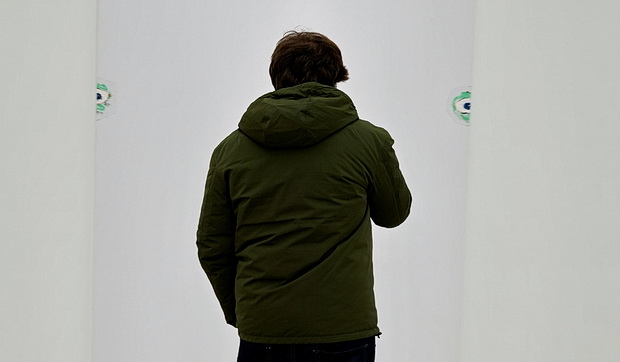 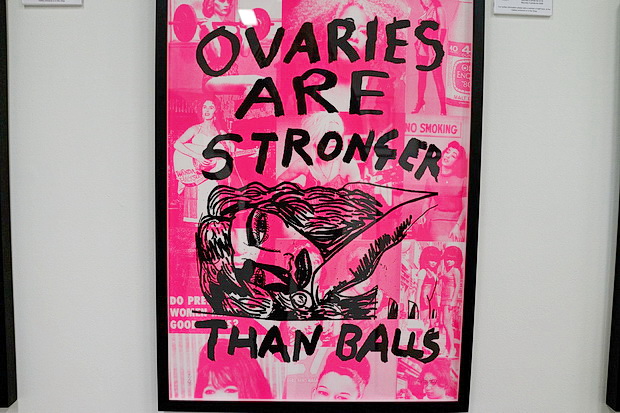 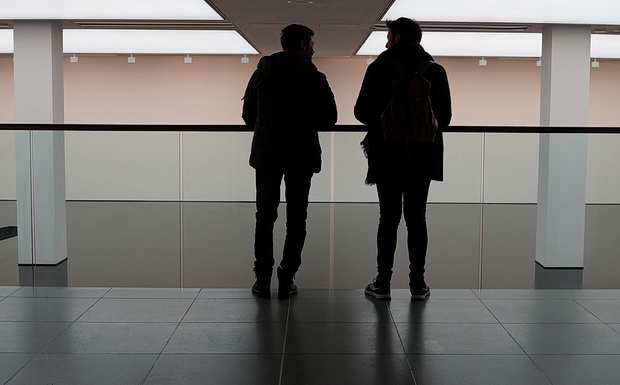 The basement contains Richard Wilson’s 20:50 installation, a cunning piece of work that deceives the senses:

Viewed from the entrance platform 20:50 appears as a holographic field: simultaneously a polished floor, infinite clear pool, an expansive and indefinable virtual space that clinically absorbs and mirrors the gallery architecture. The room is in fact entirely flooded in oil.  [Saachi] 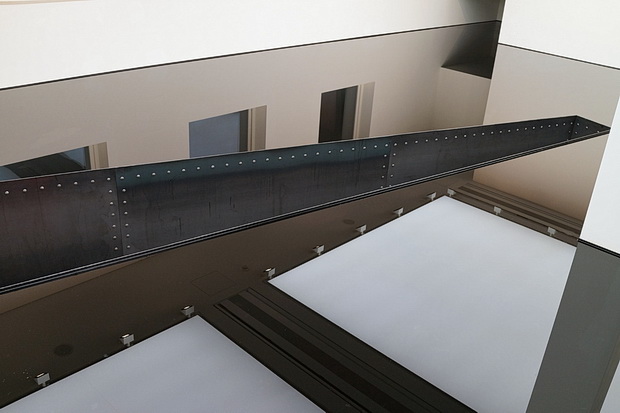 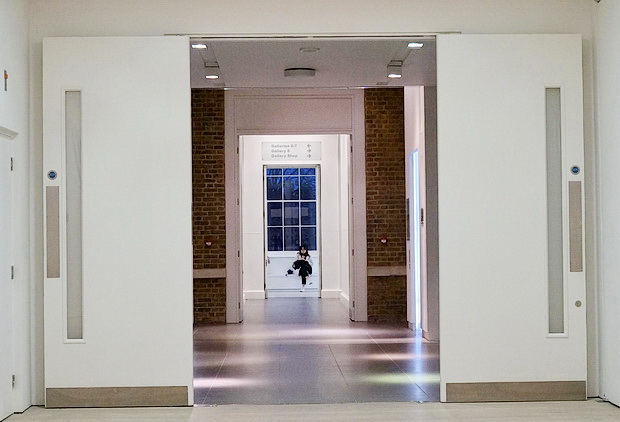 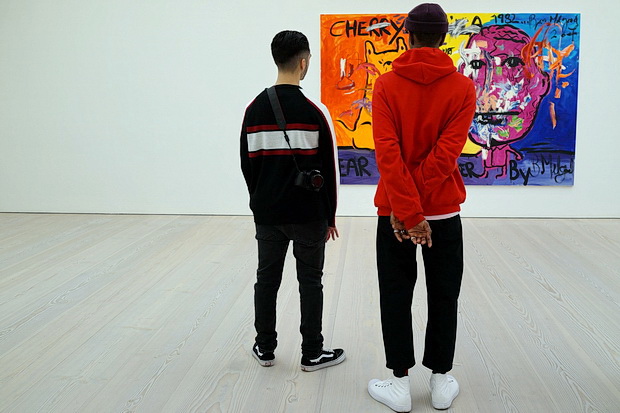 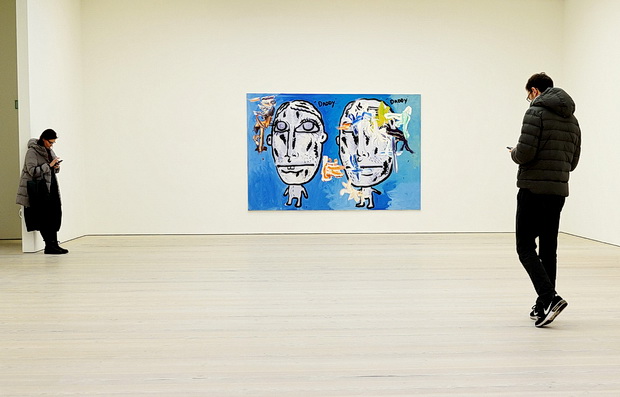 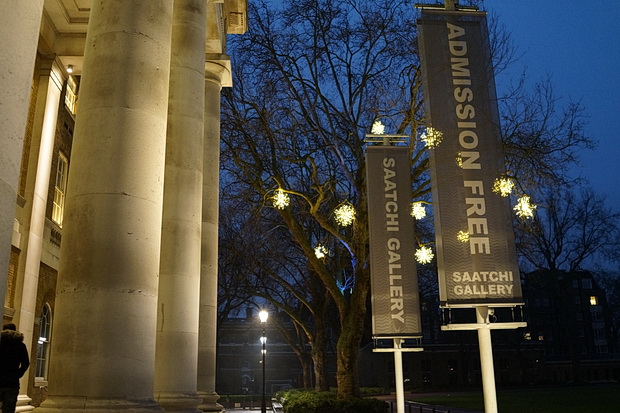 See photos from an earlier visit to the Saatchi Gallery here

2 Comments on “A grey and misty walk from Vauxhall to Chelsea and the Saatchi Gallery, London”