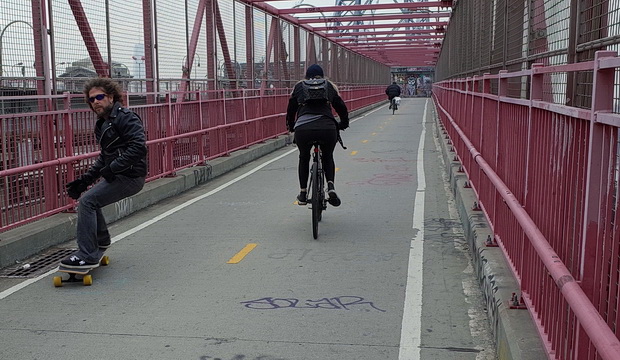 Here’s a series of photos capturing a walk over Williamsburg bridge into Manhattan from Brooklyn, New York.

Check out the dude in shades and leather jacket skateboarding by. 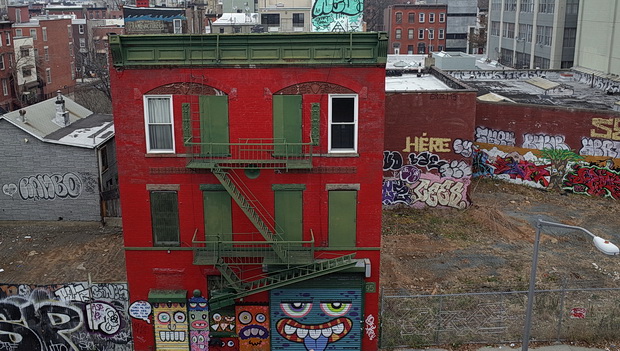 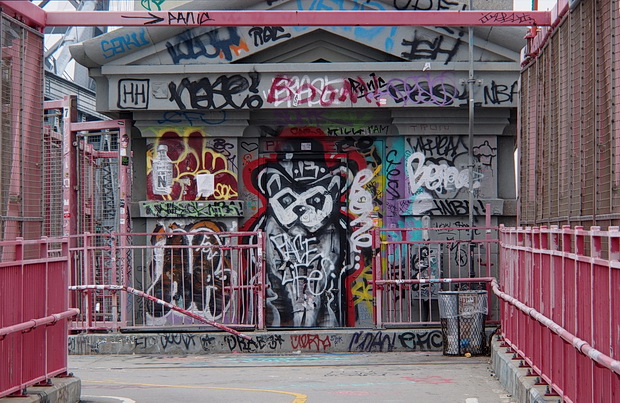 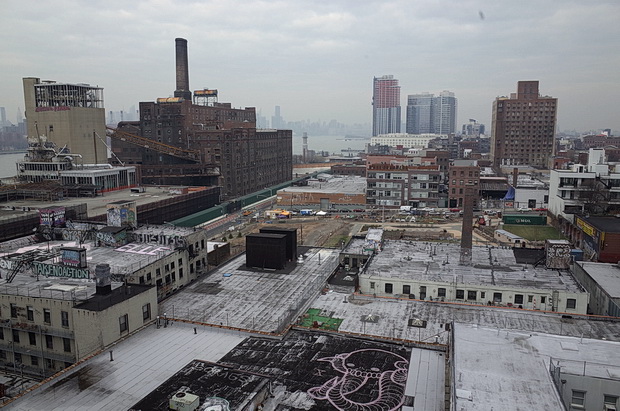 The bridge replaced the East River ferries, which had run since 1802 but finally gave up the ghost in 1908 [More: A walk around Grand Ferry Park, Williamsburg, Brooklyn, New York] 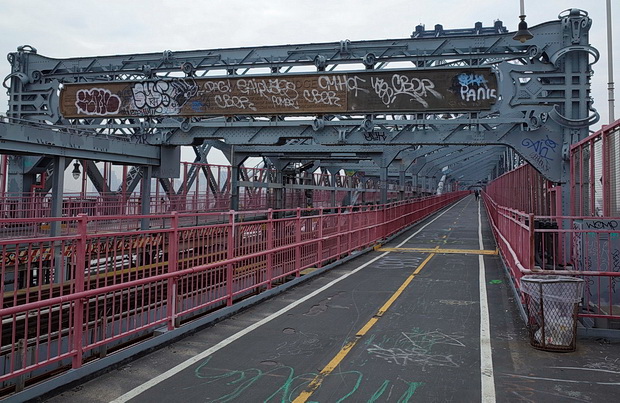 Along with the Manhattan Bridge, the Williamsburg Bridge has the distinction of being a suspension bridge in New York City that still carries both automobile and rail traffic. 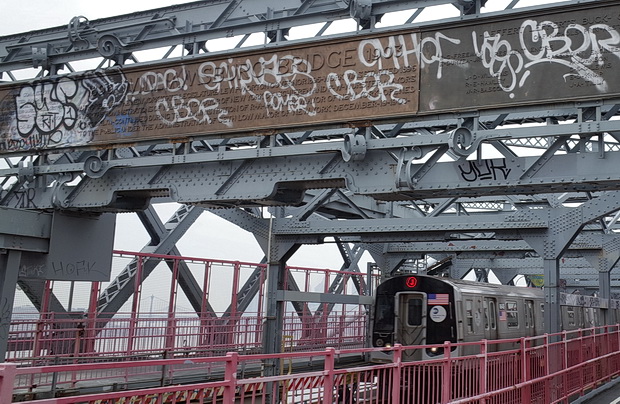 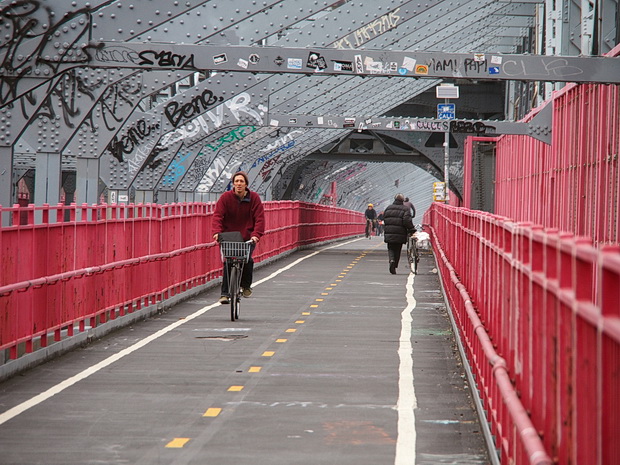 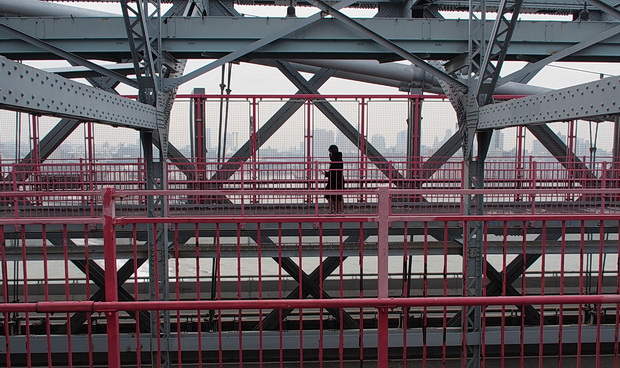 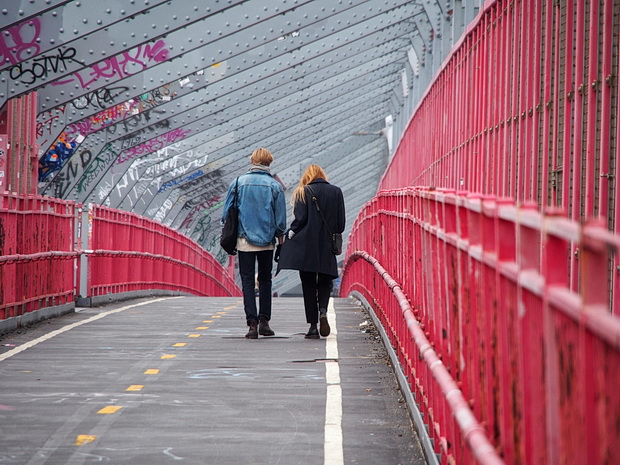 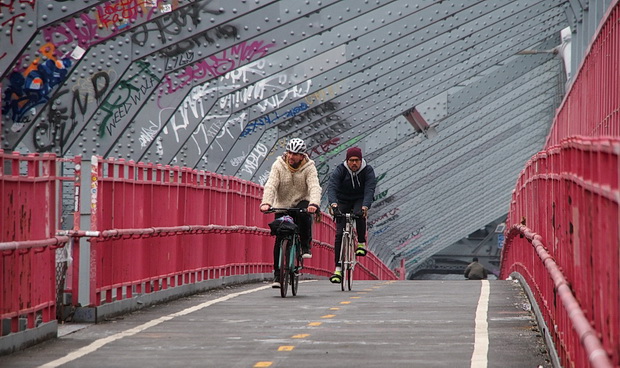 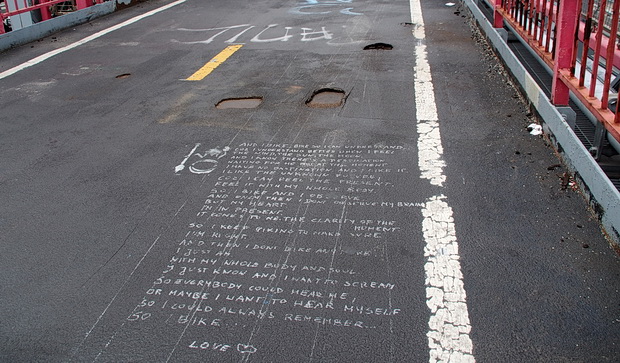 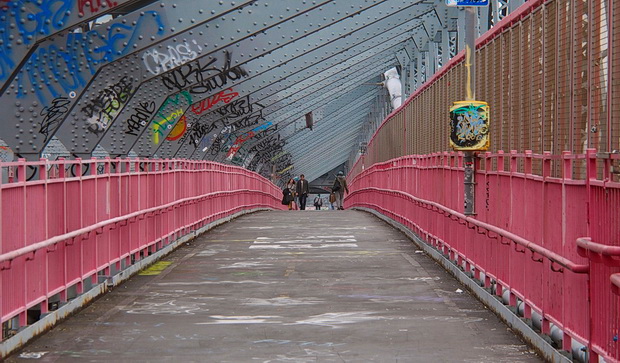 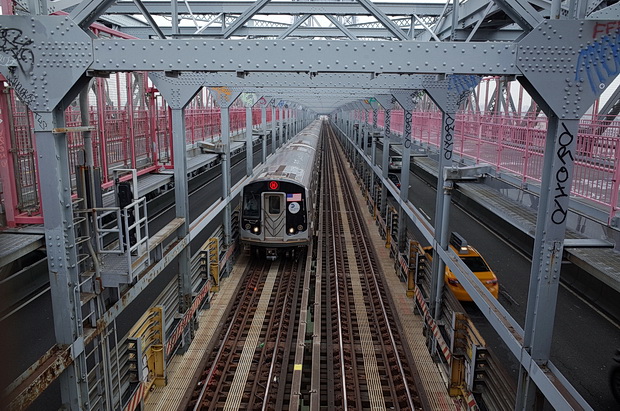 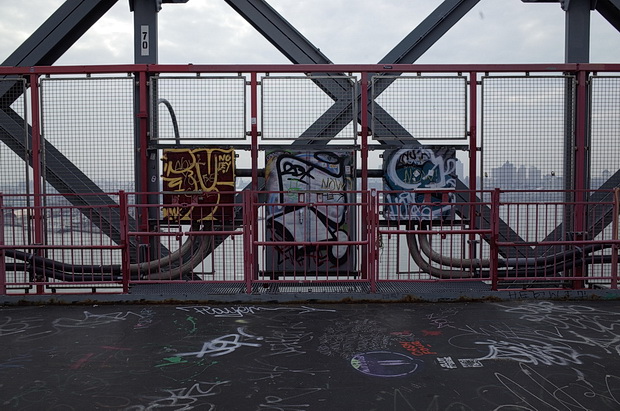 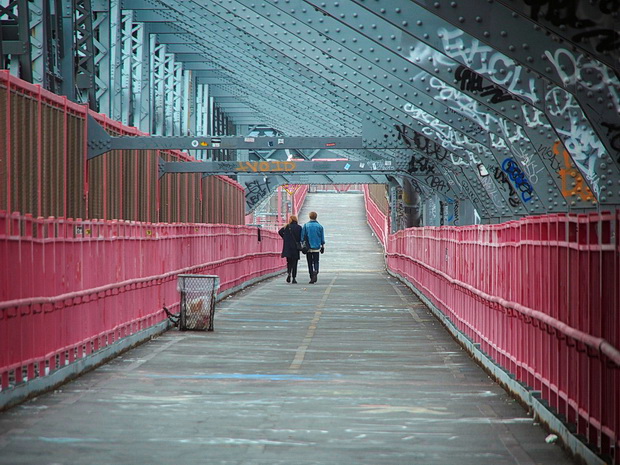 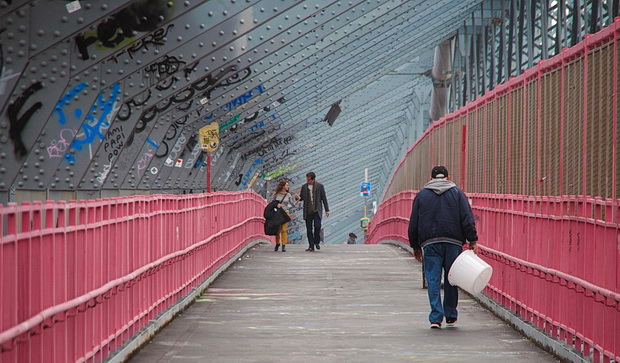 Man with a big bucket. 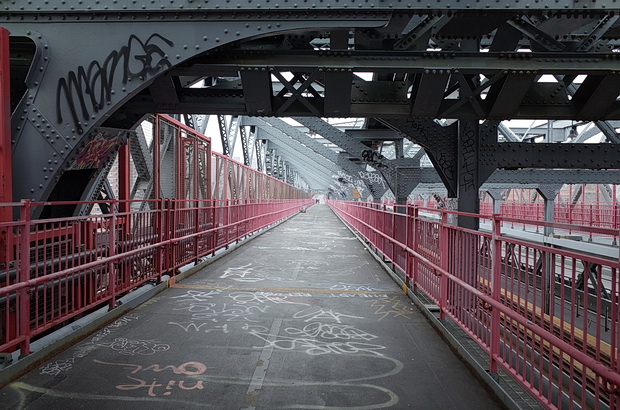 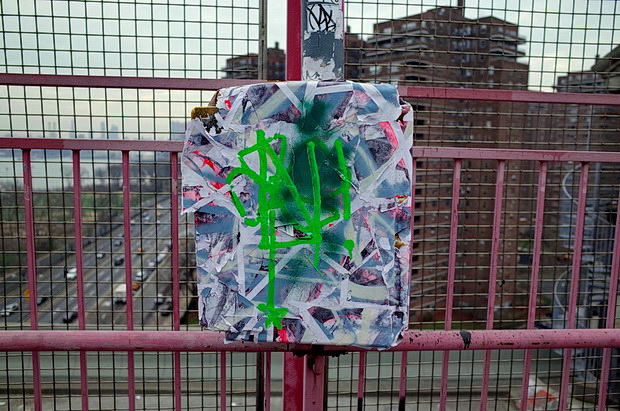 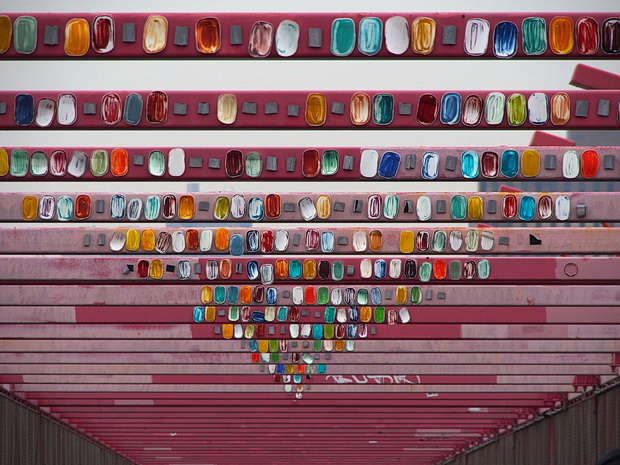 Artwork on the Manhattan side. 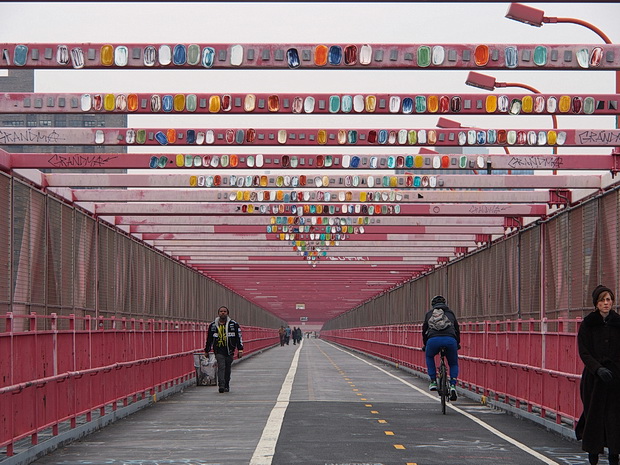 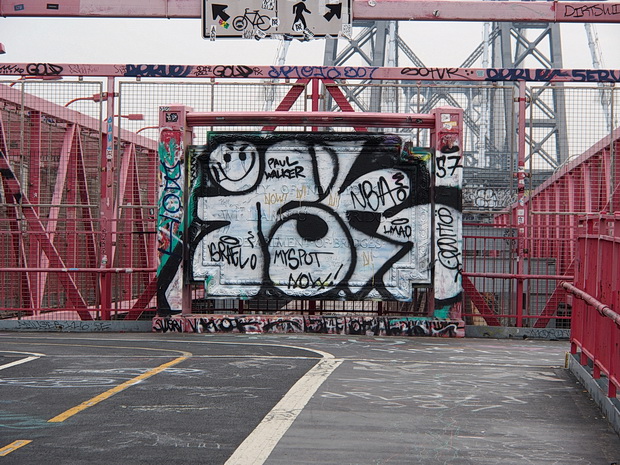 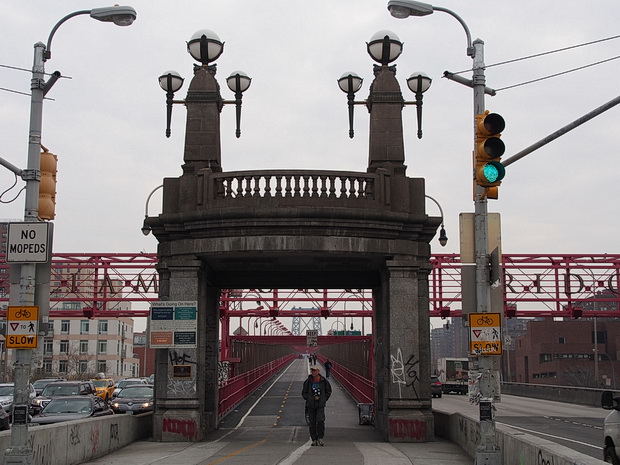