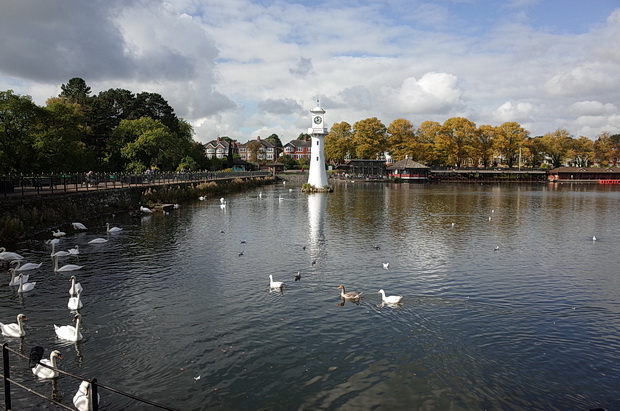 Built on a ‘malarial bog’, the park opened in 1894 and is dominated by a 30-acre lake formed by the damming of the Nant Fawr stream.

A comfortable 1.3 miles stroll takes you around the lake, and at the end there’s a cafe overlooking the water ready to reward you with coffee, cake, snacks and meals. 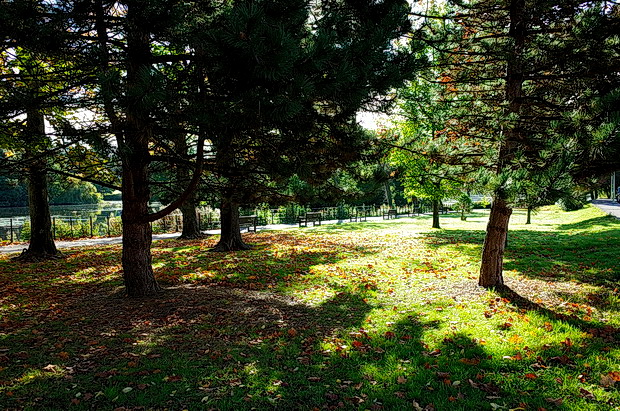 Most of the park land was donated to the city in 1887 by the uber-rich Marquis Of Bute, and in 1915 a mini-lighthouse was constructed in the lake containing a scale model of the ‘Terra Nova’ ship to commemorate Captain Scott’s ill-fated voyage to the Antarctic from Cardiff in 1910. 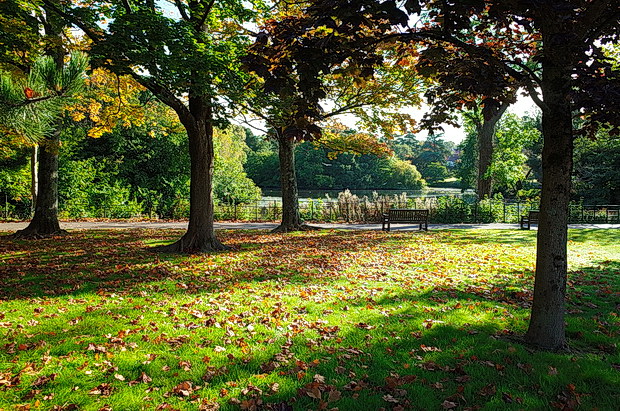 The park still retains a strong Victorian atmosphere and is a lovely place to spend a few hours pondering life’s complexities. 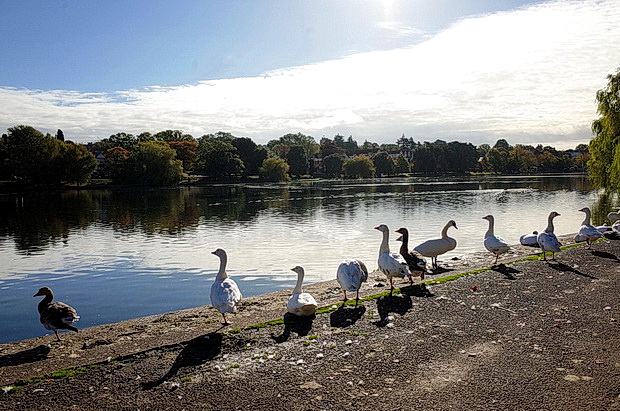 The lake has a population of about 100 swans and a number of geese. The swans, in particular, take no nonsense from anyone, so if you see one standing in your path, you’d best walk around it. 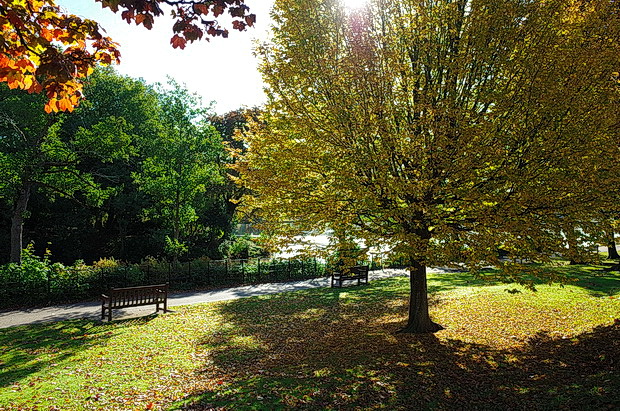 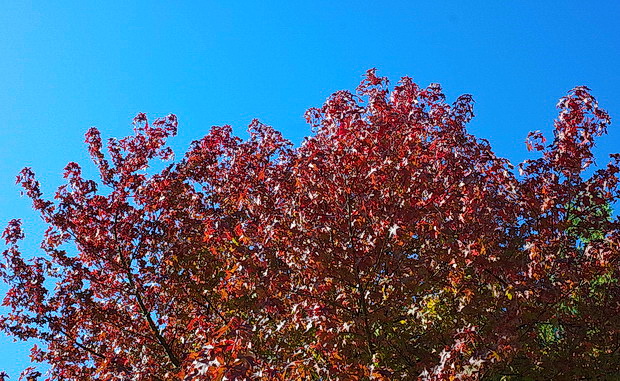 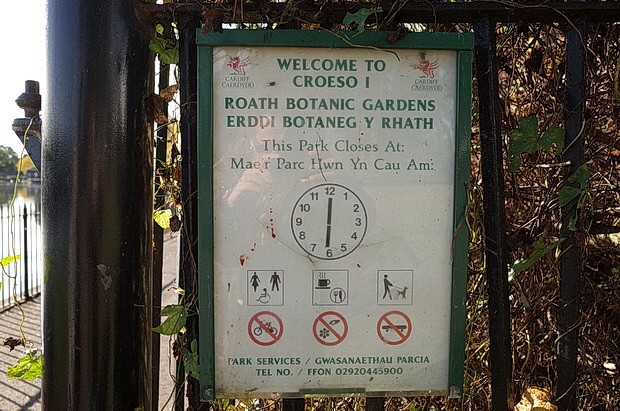 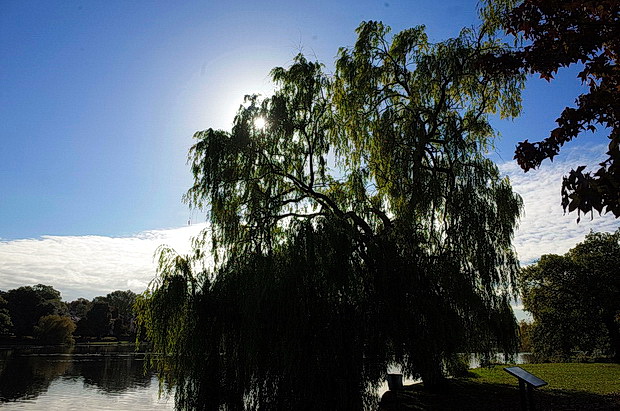 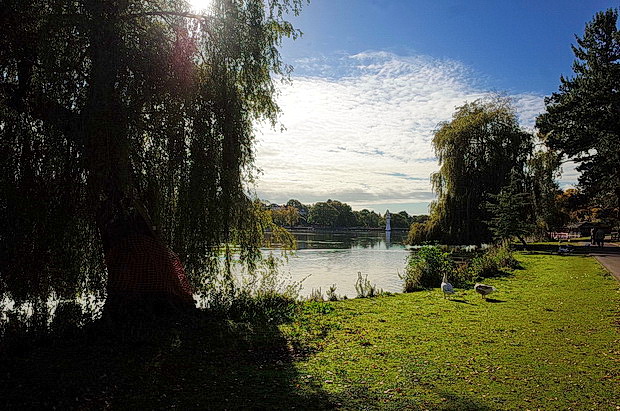 The lake acts as an important habitat for over-wintering and breeding birds, including mallard, cormorants and herons.

The four islands within the lake -which are inaccessible to the public – provide safe nesting sites. 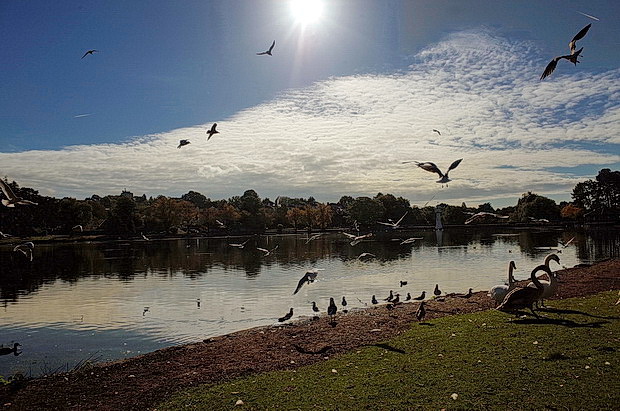 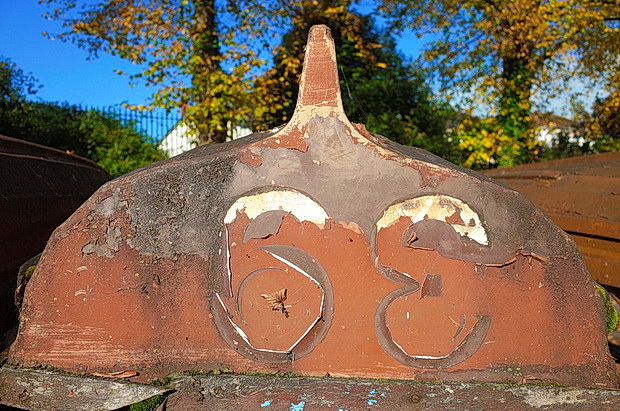 Boat in need of a bit of work. 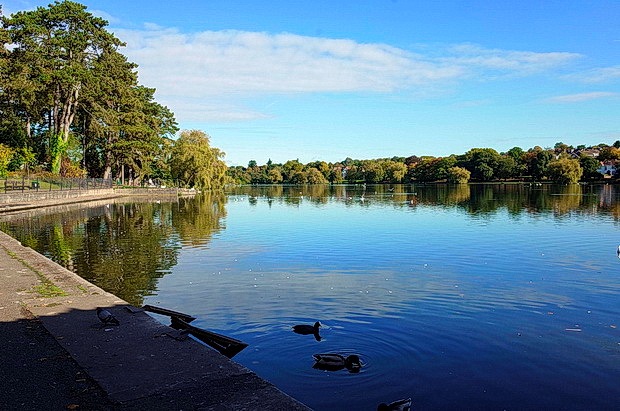 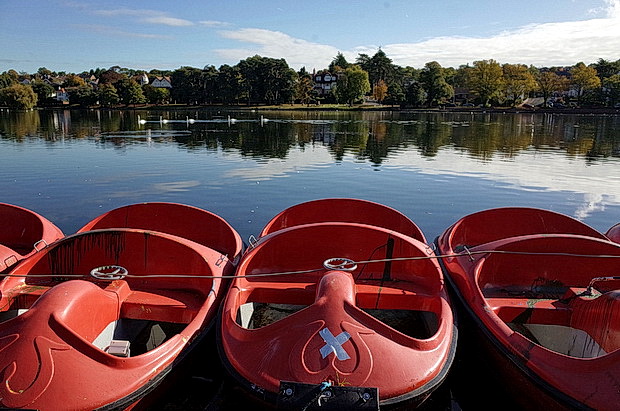 When I was a small child, going for a pedalo trip around the lake was always a special treat.

Still is, to be fair. 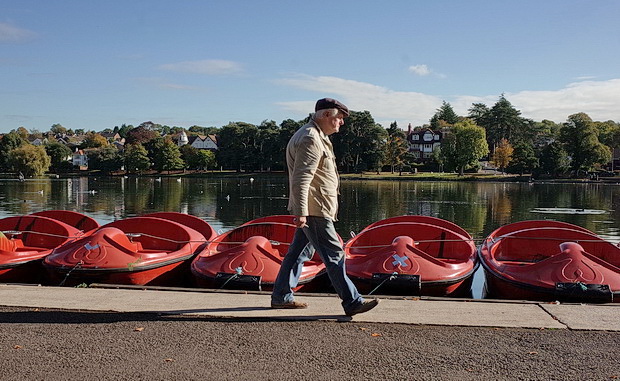 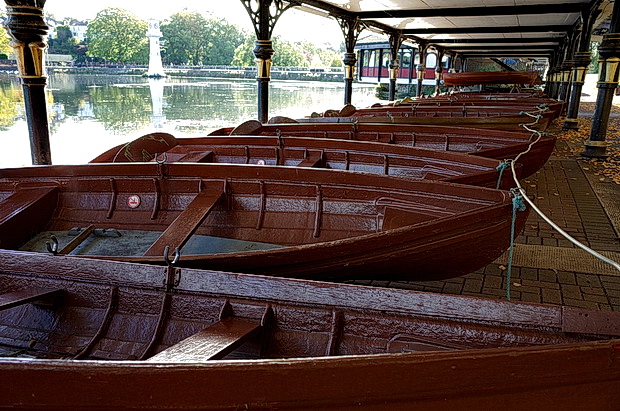 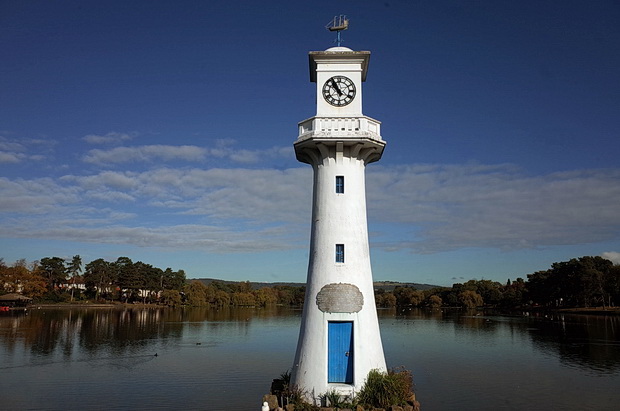 Scott’s doomed expedition to the Antarctic set out from Roath Dock aboard the ship Terra Nova on June 15th 1910, with his unusual choice of departure point due to the exceptional contribution of the City to the expedition’s preparations and financing.

His expedition is commemorated with this unusual monument.

The proposed clock tower became the Scott Memorial, the lighthouse at the south end of Roath Park Lake. The Lake was emptied in 1914 in order to build foundations for the tower, which was completed during 1915.  John Smith Clockmakers of Derby produced a clock for the tower.

On October 14th 1918 it was officially presented to the City, again by Mr. F.C. Bowring.

A plaque was placed on the side of the Memorial facing the Promenade:

To the memory of
Captain R. F. Scott C.V.O. D.S.O. , R.N.
and his faithful companions
Captain L. E. G. Oates, Lieut. H. R. Bowers R.I.M.,
Dr. E. A. Wilson and Petty Officer Edgar Evans R.N.
who sailed in the S.S. Terra Nova from the Port of Cardiff
June 15th 1910, to locate the South Pole; and, in pursuit of
that great and successful scientific task, laid down their
lives in the Antarctic Regions. March 1912.
“Britons all, and very gallant gentlemen”.
Erected and presented to the City of Cardiff by
F. C. Bowring Esq., J.P.
1915. 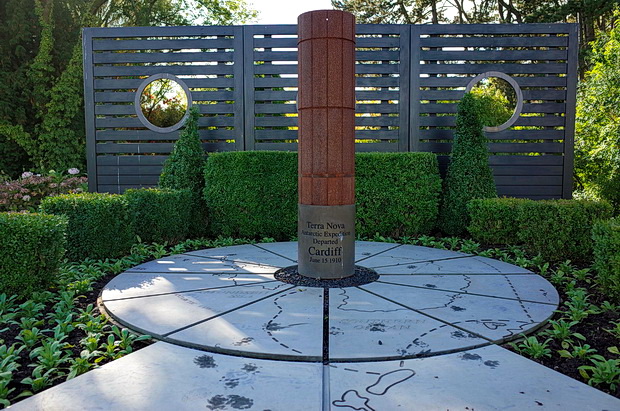 A modern tribute to Scott. 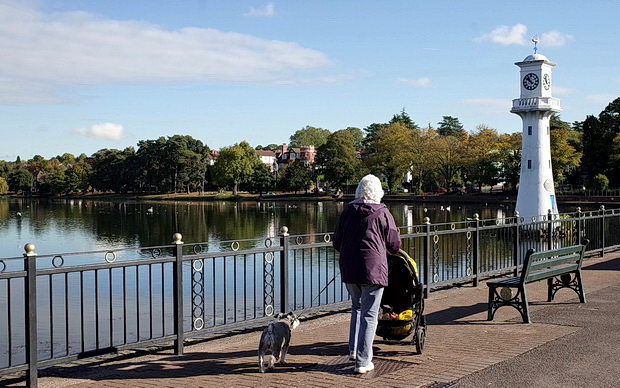 Walking along the promenade on the dam at the bottom of the lake . 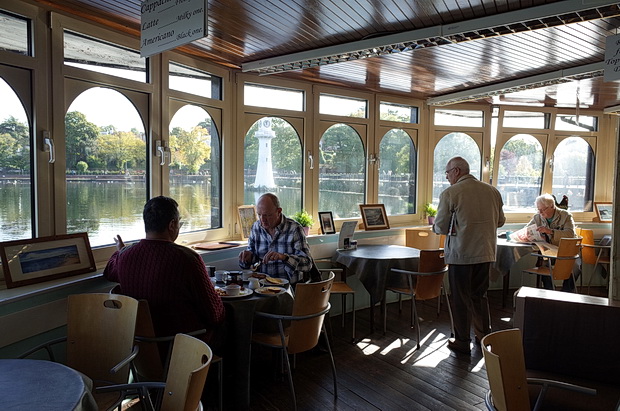 Inside the Terra Nova cafe which looks over the lake. 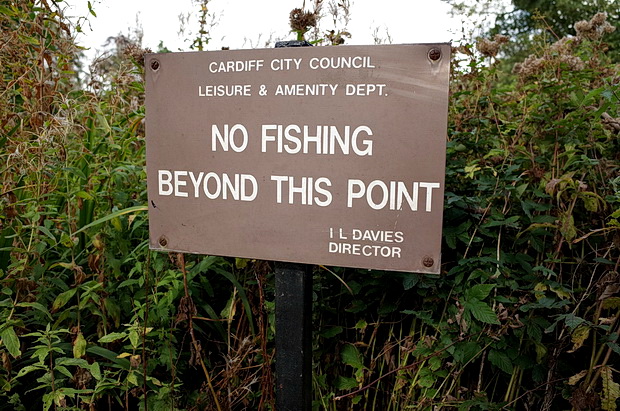 The Record Shop in downtown Roath, Cardiff: a vinyl and CD collector’s dream

Butetown, barrage and a breezy afternoon: a winter trip to Cardiff Bay in photos