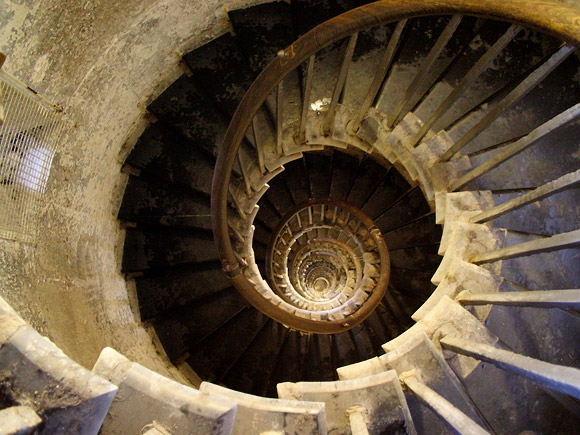 Standing at the junction of Monument Street and Fish Street Hill in the City of London, I’ve always been rather fond of the 61 metre tall Monument, and a few years ago I took a trip up to the top.

The stone tower was constructed between 1671 and 1677 and served to commemorate the catastrophic Great Fire of London as well as to celebrate the subsequent rebuilding of the City. 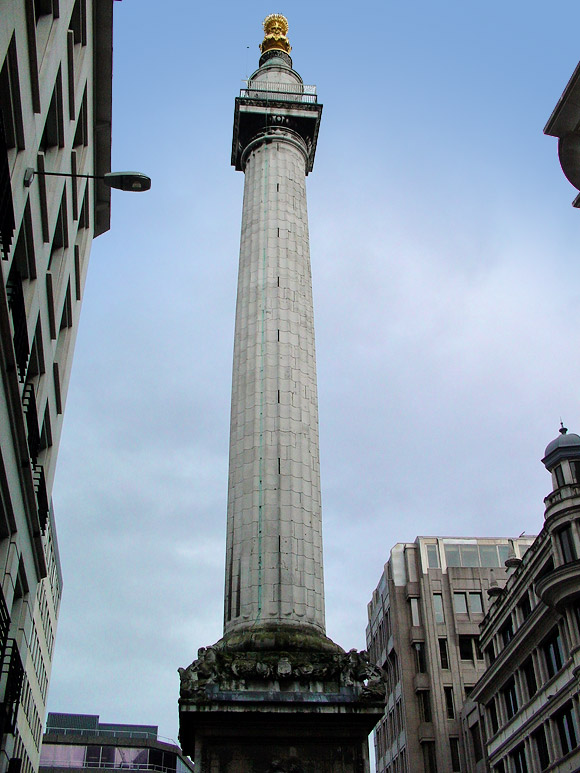 Starting in a baker’s house in Pudding Lane on Sunday 2nd September 1666, the Great Fire swept through the neighbourhood and was only put out on the following Wednesday 5th September. By that time, the greater part of the City had been burnt to the crowd.

Incredibly, there was very little loss of life, although only the stone buildings like St. Paul’s and the Guildhall managed to put up much resistance to the raging conflagration.

It was decided to erect a permanent memorial of the Great Fire close to where it began, so Sir Christopher Wren and his chum Dr Robert Hooke came up with the design you see today – a colossal Doric column capped by a  drum and a flaming copper urn to symbolise the flames. 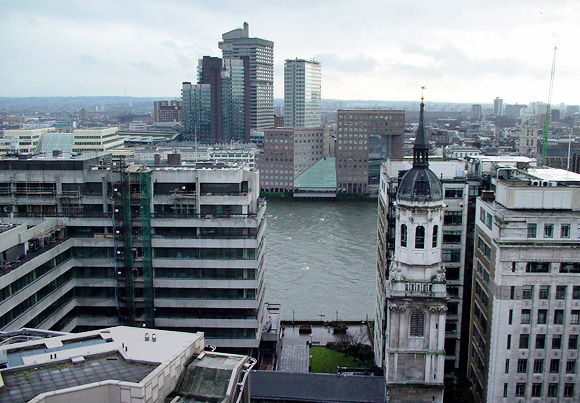 Inside lurks a cantilevered stone staircase of 311 steps leading to a viewing platform, with the Monument standing 61 metres high (202 feet) – the exact distance between it and the site in Pudding Lane where the fire first sparked into life.

Completed in 1677, the column was also cunningly designed to be used for scientific experiments by the Royal Society, but the endless vibrations created by passing traffic put paid to that particular whizzo idea.

With the scientists forced to up teat pipettes and shuffle off elsewhere, the Monument settled down to be a busy tourist attraction for the next 300 years.

Today, visitors can still ascend the stairs to enjoy a panoramic vista of London from the viewing platform, some 160 feet above street level. 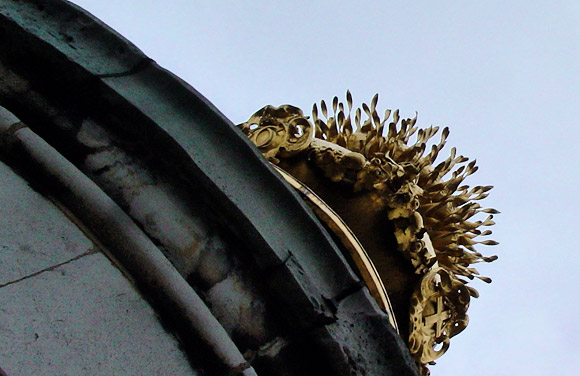 Although the Monument has bought pleasure to thousands of tourists, there’s tragedy associated with the tower: on 25th June 1750, a weaver called William Green rather foolishly leaned over to take a look at a live eagle that was being kept in a cage, lost his balance and plummeted to his death. 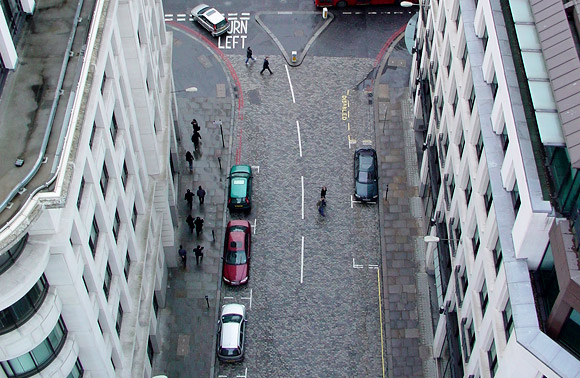 Not surprisingly, that perilously high viewing platform also proved attractive to troubled souls wishing to end it all, with a total of six people committing suicide by throwing themselves from the gallery, with the first being John Cradock, a baker, who sprung his mortal coil on 7th July 1788.

After Jane Cooper, a servant-girl, killed herself on 19th August 1842, it was decided to enclose the gallery in an iron cage to prevent further suicides. 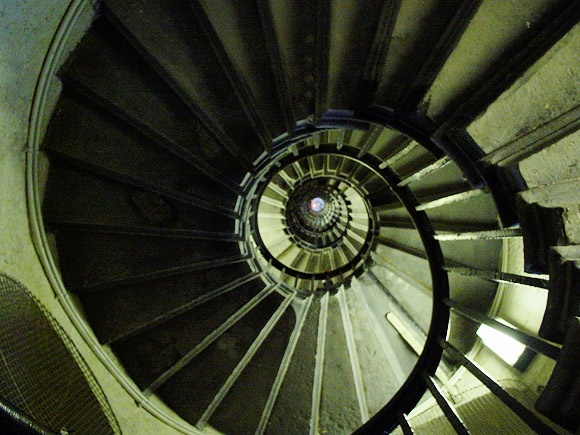 Looking up the Monument from the base.