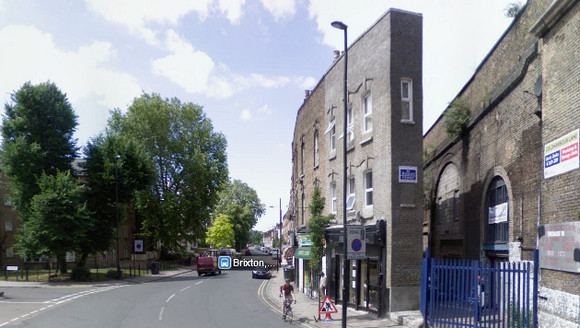 I wouldn’t go as far as saying that it’s the thinnest building in London, but it has to be up there with the slenderest.

The photo above is from Google Maps showing the wafer-thin wedge at the end of the terrace buildings that run on the north side of Coldharbour Lane, between Gresham Road and Loughborough Junction. 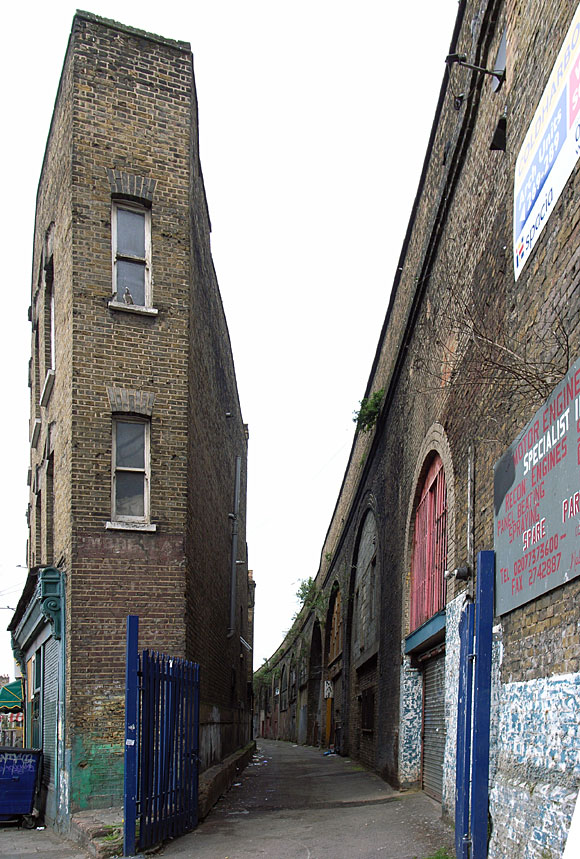 This older photo shows the thin wedge in all its narrow glory, with the railway running overhead to the right.

To the left is the Victorian shop frontage, while you can just make out the words ‘umbrellas’ and ‘tobaccos’  painted on the side of the building.

Wheil we’re on the subject of narrow things, you may be interested in taking a look at what might be the narrowest doorway in London and what is claimed to be London’s narrowest alley.

I’m currently revising that opinion, because this site reports that Emerald Court, off Theobold’s Road in WC1 is even narrower.

Some other street facts