This rather modest memorial to Merton’s most famous resident, Admiral Horatio Nelson, stands on the site of his former properties at Merton Place, south London. 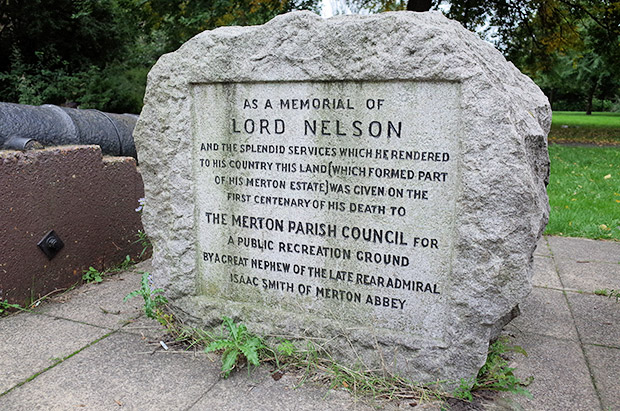 Nelson purchased Merton Place in 1802, and gradually expanded the estate until his Merton property covered most of the area west of the Wandle and north of Morden Hall Park, and also included the whole of the area between Merton Road, South Park Road and Haydons Road.

Inbetween haunts off to the sea, Nelson lived at Merton Place with his mistress Emma Hamilton (and, curiously, her husband Sir William Hamilton, until he died at his London house in 1803). 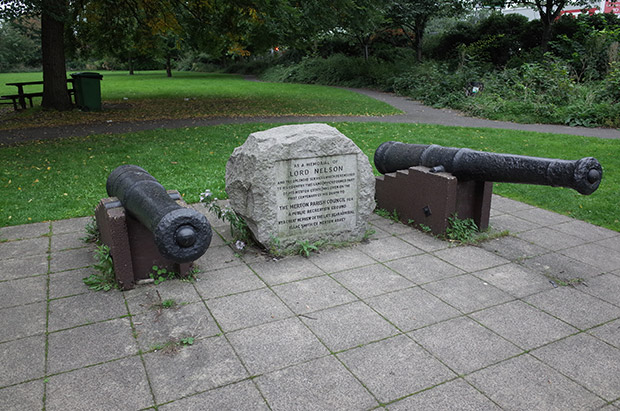 Nelson wasn’t to enjoy Merton life for too long, as he was killed at the Battle of Trafalgar in October 1805.

After Nelson’s death, Emma Hamilton got into debt and Merton Place was demolished in 1821 and the estate lands were sold off in small chunks over the following years. 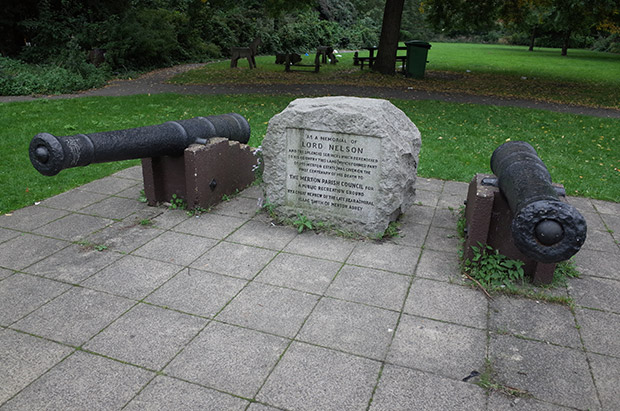 The memorial features two cannons and a large stone and stands in a small park adjacent to The Parish Church of Saint John the Divine Merton, about three minutes from South Wimbledon tube.

One Comment on “A visit to the rather modest Lord Nelson memorial in Merton, south London”