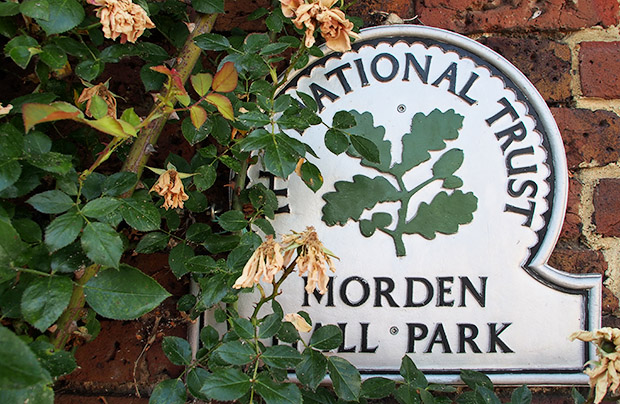 On a scorching Sunday afternoon, we headed off to Morden Hall Park, a National Trust park located on the banks of the River Wandle in Morden, south London. 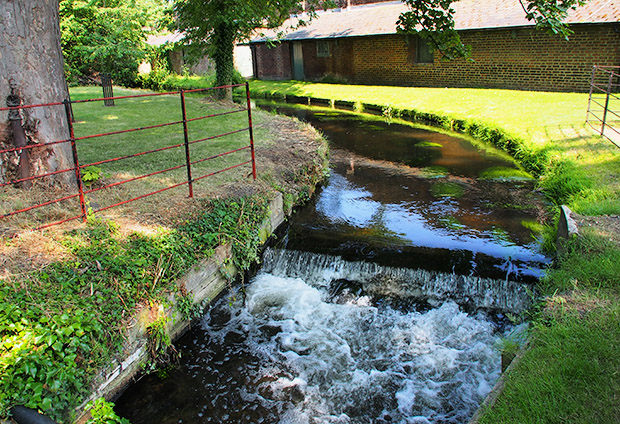 Covering over 125 acres, it’s a lovely park with lots of little bridges spanning the River Wandle as it meanders through the site.

Rising from a spring near South Croydon, the river heads north to its mouth at Wandsworth on the River Thames. 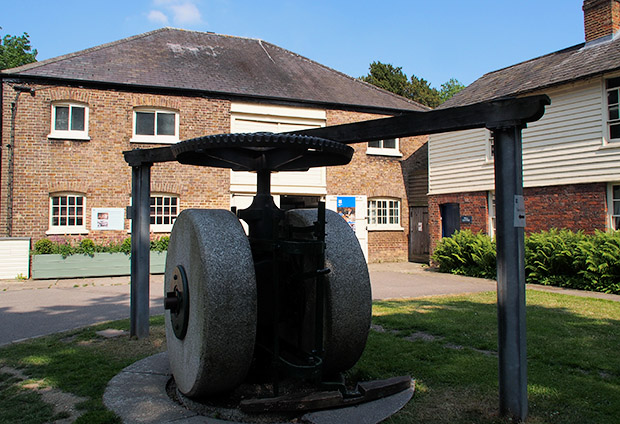 The estate contains the old Morden Hall itself, Morden Cottage, an old Snuff Mill, and many old farm buildings, some of which are now a garden centre and a city farm.

Above you can see two a pair of edge runner millstones that were used to crush tobacco leaves into snuff. 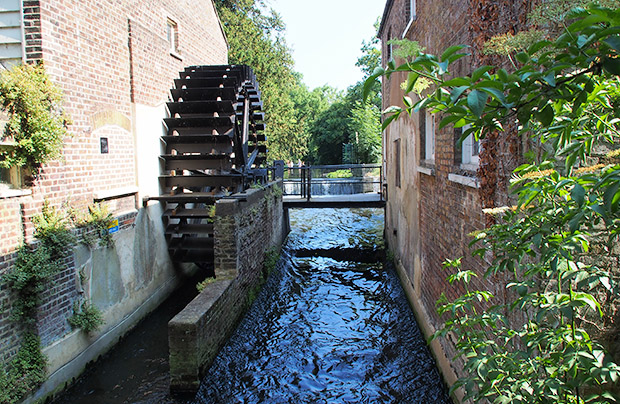 The snuff was ground by hand until water-powered mills took over in the 18th century. 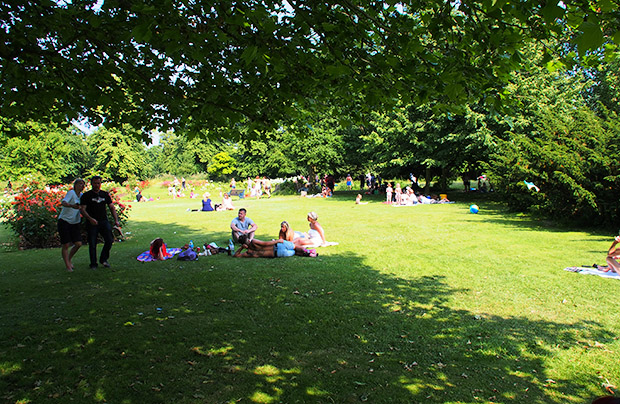 The park was full of families enjoying a picnic in the sunshine. 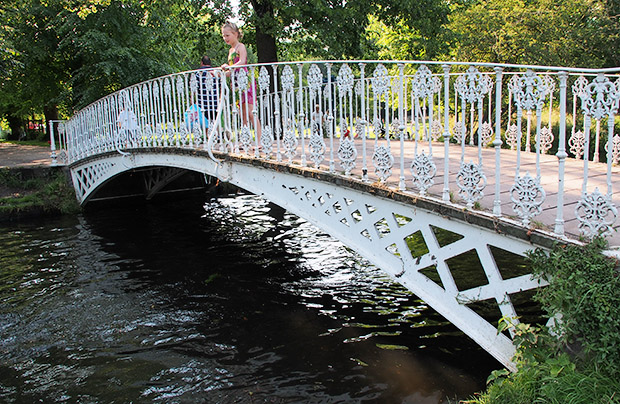 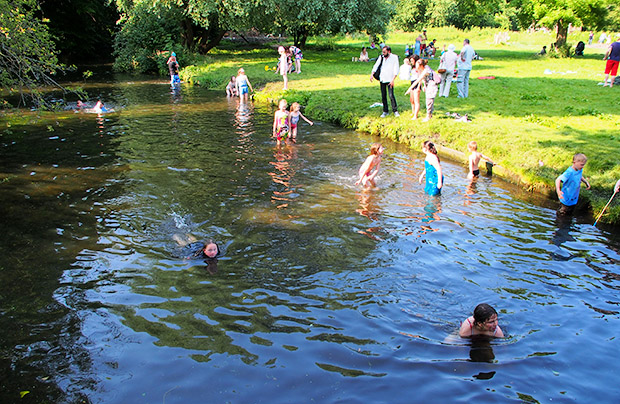 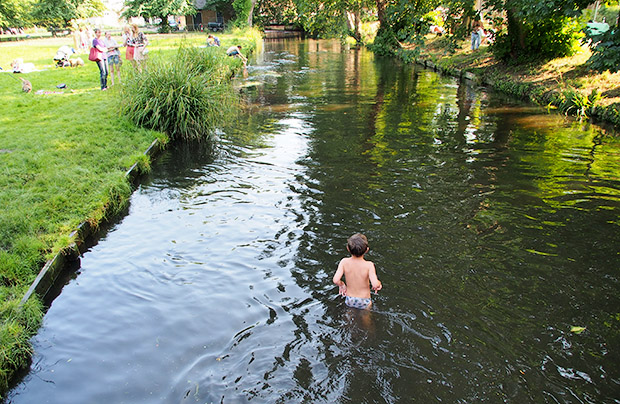 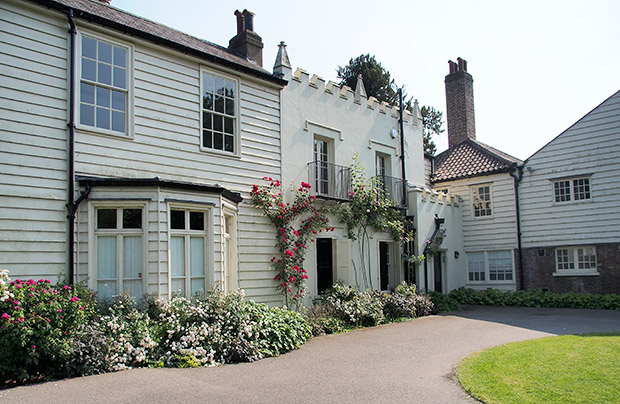 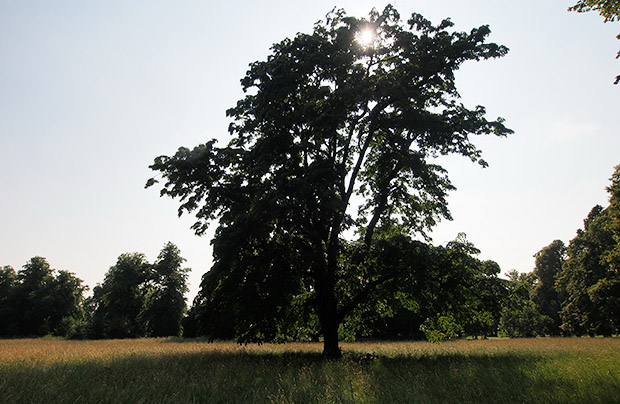 Walking around the park. 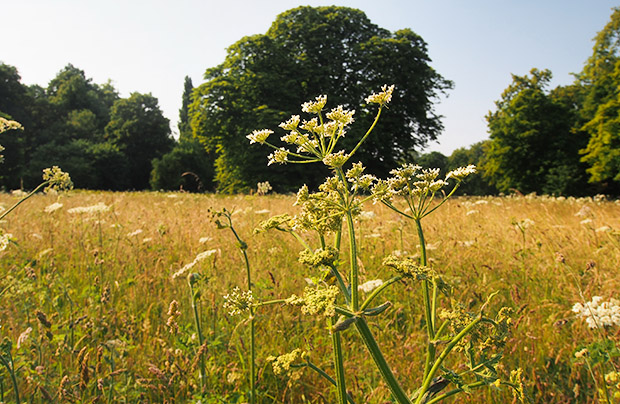 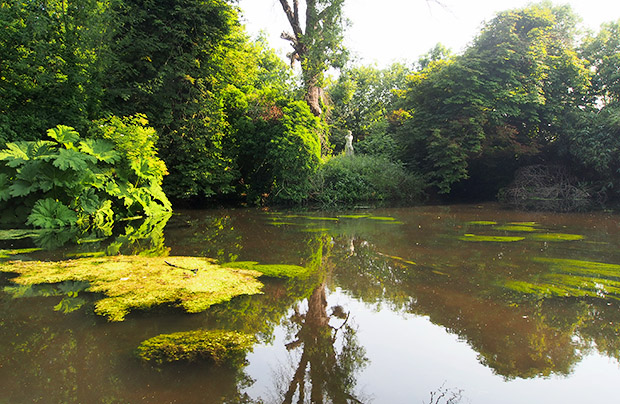 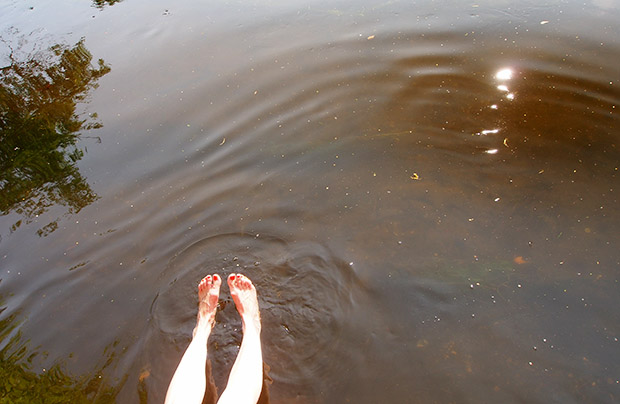 Cooling down in the river. 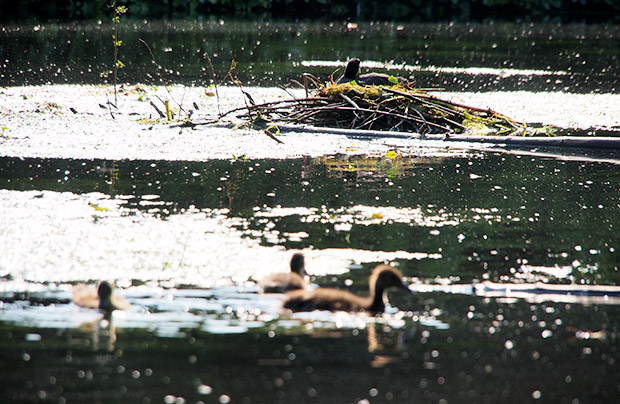 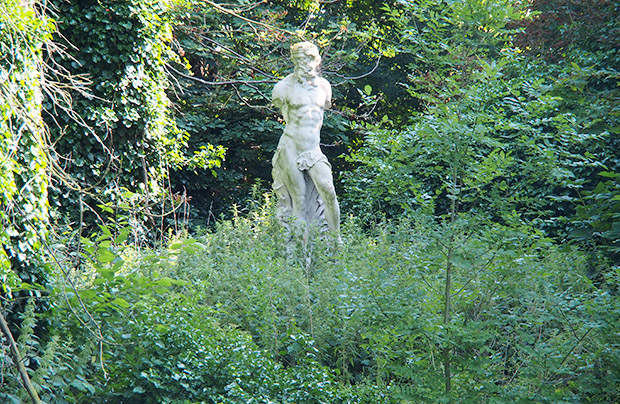 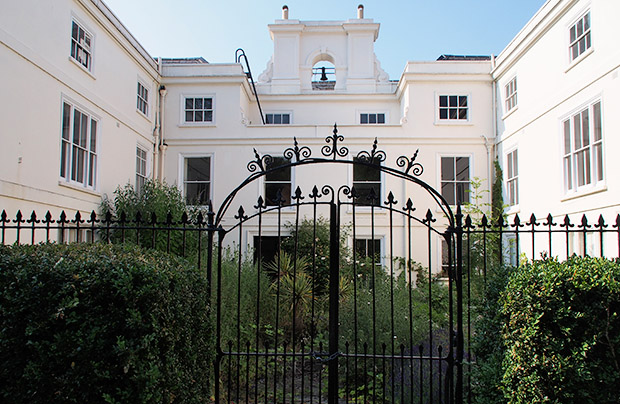 Morden Hall. Despite being owned by the National Trust it has been boarded up for some time.

The 1770 hall has served as a family home, boarding school for young gentlemen and a military hospital during the First World War.

Elsewhere on the site there has been accusations of ‘bullying’ as the NT look to close down the long-established garden centre [source]. 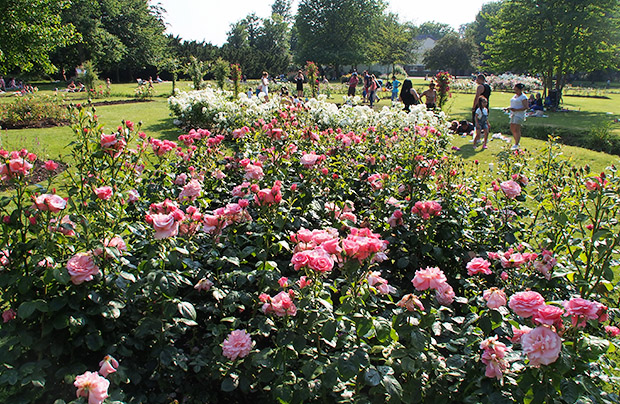 Created in 1921 and now maintained by the National Trust, the two acre rose garden contains 48 beds with over 2,000 roses. 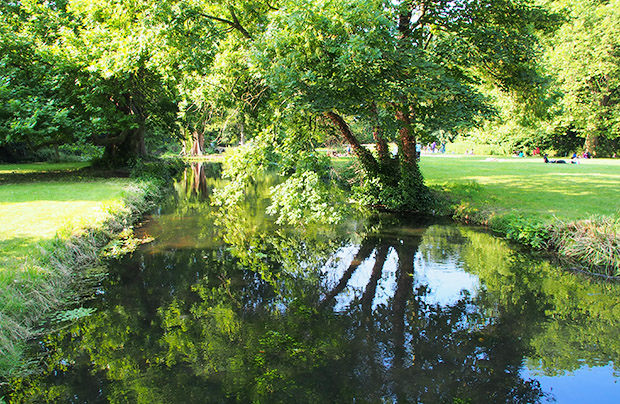 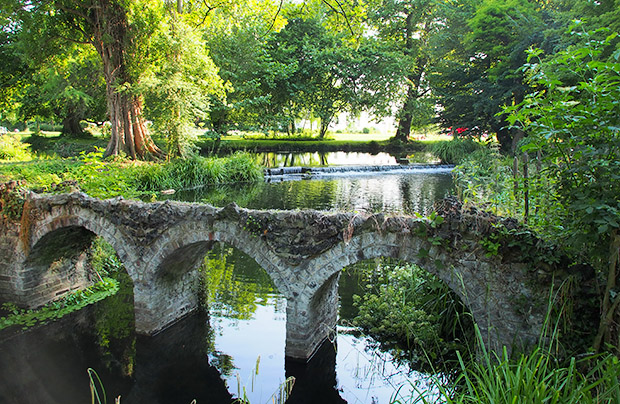 In front of Morden Hall can be found this ‘ruined’ footbridge. 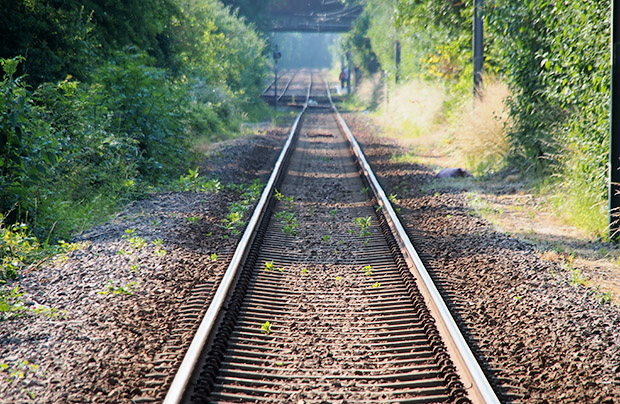 Crossing the tramway on the way to Merton Abbey Mills. 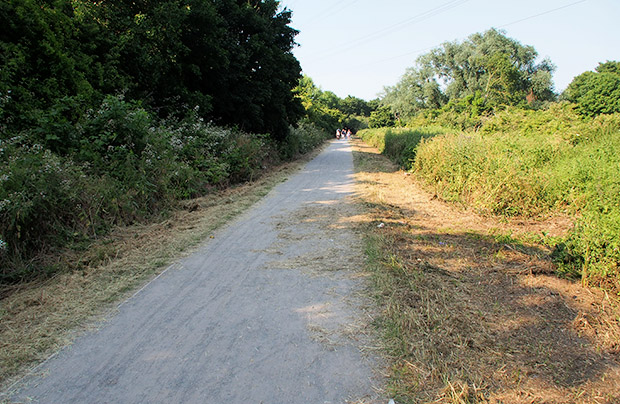 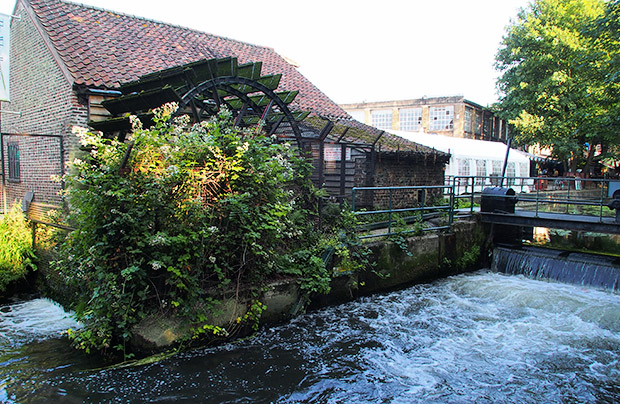 The old water mill at Merton Abbey Mills near the end of the walk.

A visit to the rather modest Lord Nelson memorial in Merton, south London

One Comment on “A walk around the lovely Morden Hall Park, south London”