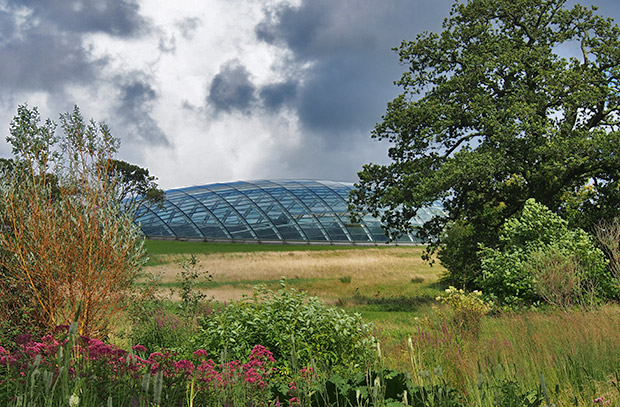 Situated near Llanarthney in the Towy Valley, Carmarthenshire, is the the National Botanic Garden of Wales, which is both a great place to visit and an important centre for botanical research and conservation.

The site covers 568 acres (2.30 km/2) and is slap bang in the middle of nowhere, located deep in the lovely Welsh countryside betwixt Carmarthen, Llandeilo and Ammanford, and 8 miles from the nearest railway station (at Carmarthen).

Tasked with developing, “a viable world-class national botanic garden dedicated to the research and conservation of biodiversity and its sustainable utilisation, to lifelong learning and to the enjoyment of the visitor,” the NBGW opened in May 2000.

The National Botanic Garden of Wales is set on historic parkland, dating back around 400 years. 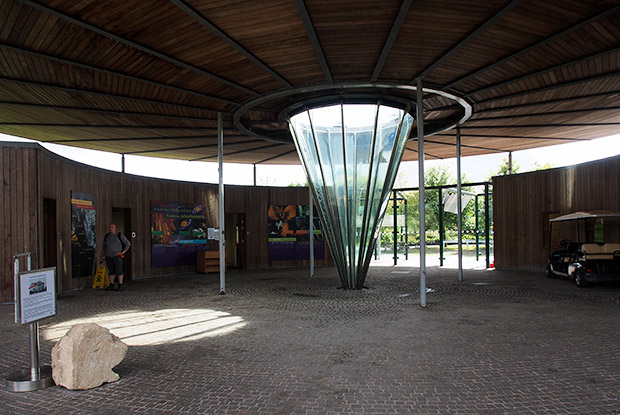 Here’s the scene by the entrance which was designed by Norman Foster & Partners.

The inverted roof of the building is made from Canadian red cedar, and as its centrepiece has a water sculpture called ‘Thirty Three Thousand, Seven Hundred and Ninety Eight’ by Marion Kalmus. 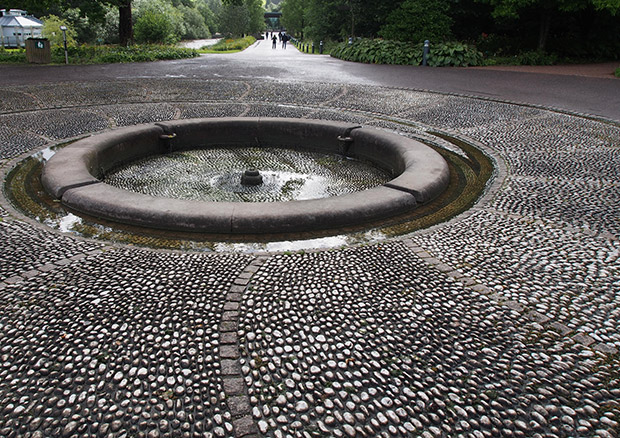 The Circle of Decision & The Rill, a pebble-lined fountain which is fed by water that snakes down the length of the Broadwalk along a winding pebbled Rill.

Apparently inspired by the nearby River Tywi, the Rill was built and designed by Anthony Jellard Associates and Hal Moggeridge. 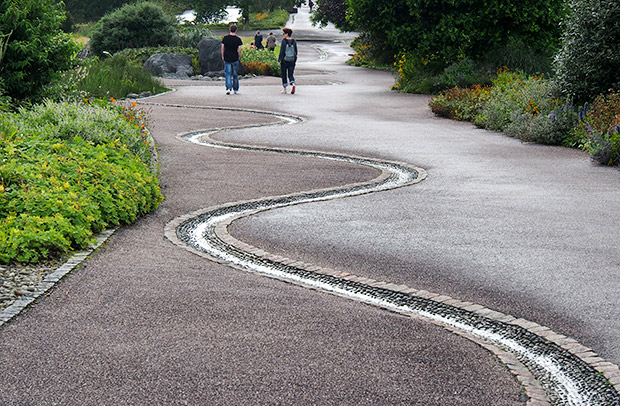 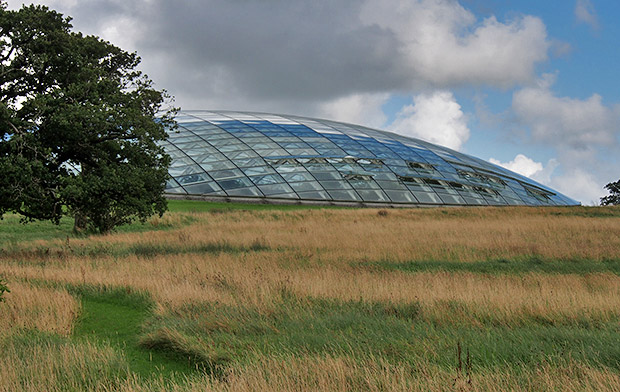 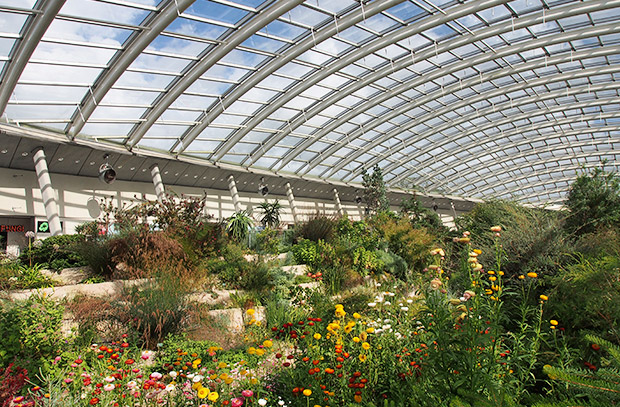 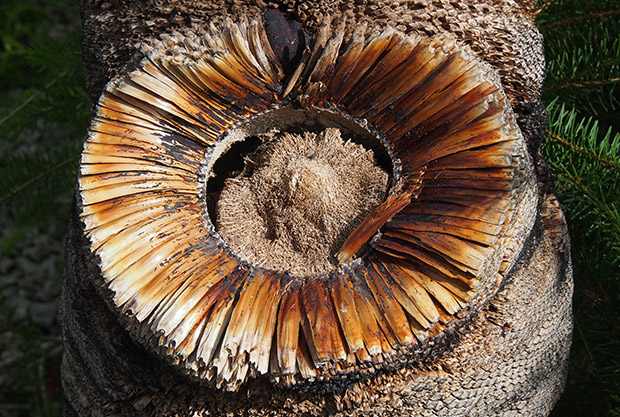 I’ve no idea what this thing is! 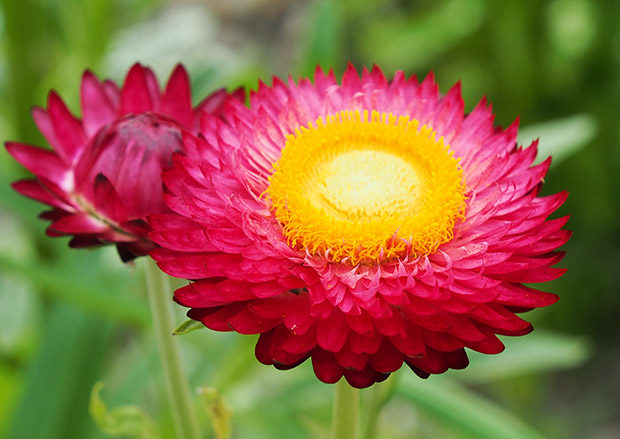 Whereas this is definitely a flower of some kind. 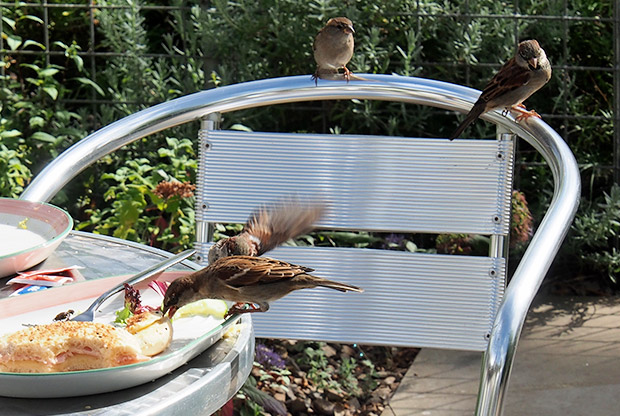 Sparrows snacking on leftovers  inside the dome. 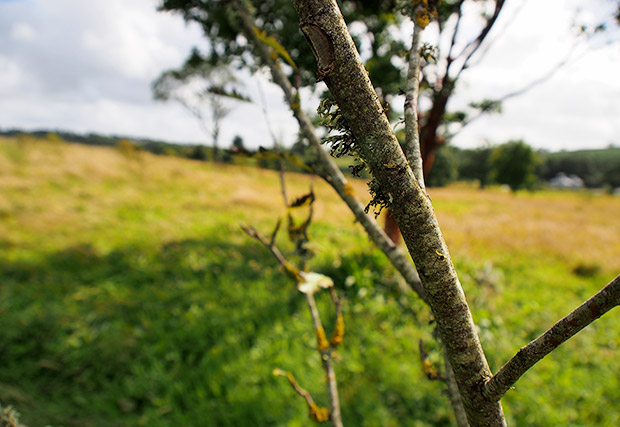 Wales’s rarest tree, Sorbus leyana. There are only 17 of these trees in the wild, each clinging onto steep limestone cliffs in the Brecon Beacons. 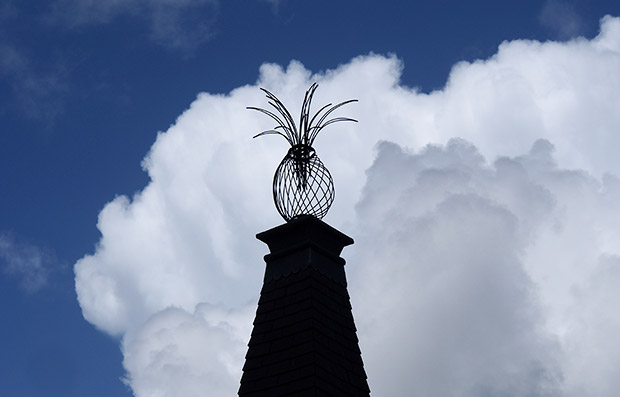 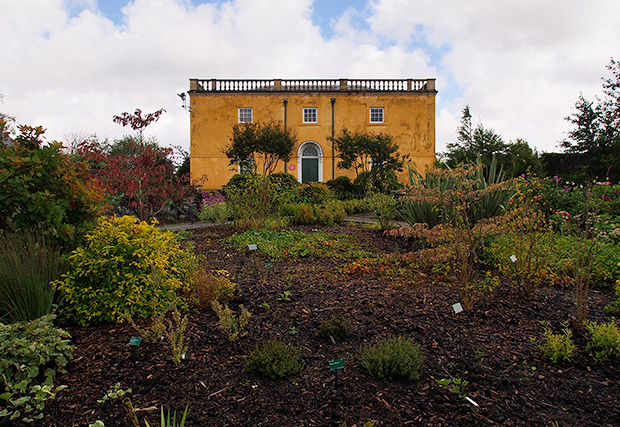 Principality House, the only part of William Paxton’s mansion that remains today.

It was once the servants’ quarters, brew house, laundry and kitchens. 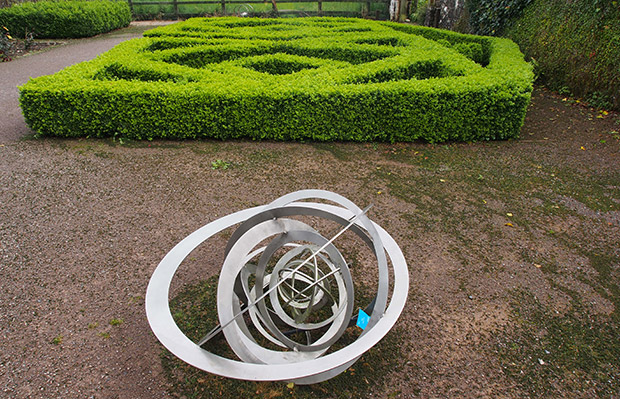 Sculptures around the gardens. 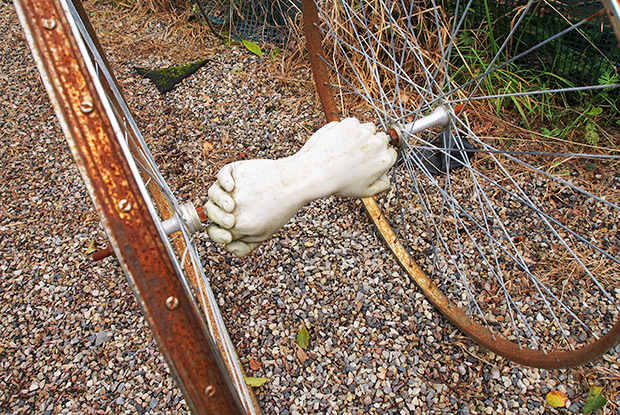 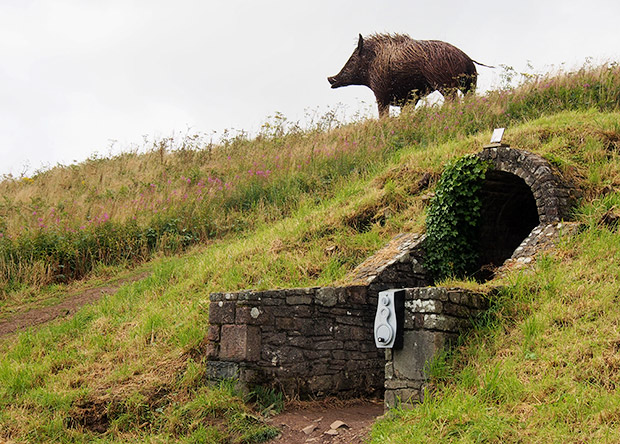 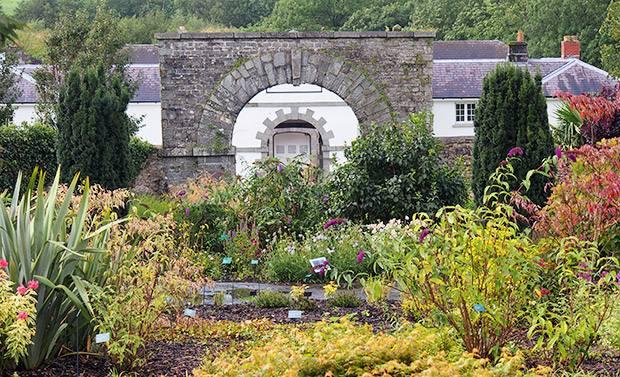 Looking across to the stable block, which also houses the restaurant, shop and gallery.

We had Welsh cakes and coffee which were very nice indeed.