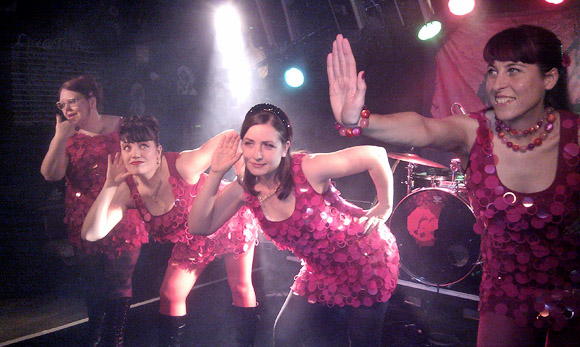 Last night I ventured deep into the uncharted waters of Lewisham to check out The Actionettes and The Instants playing the Fox and Firkin, betwixt Lewisham and Ladywell.

The pub – which has been imaginatively decorated and looks like a cross between the Dogstar and the Rest Is Noise in Brixton –  is a beacon of hope in a fairly bleak part of south London. It’s well worth a visit. 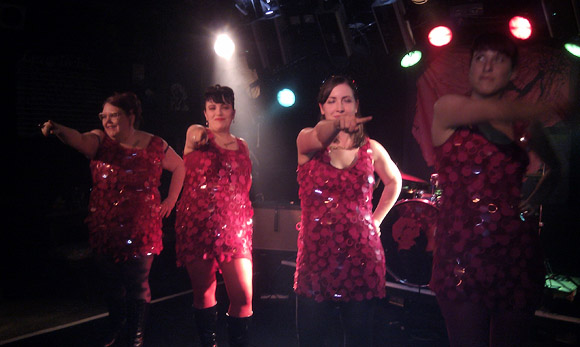 Oh, and a smoke machine, which is always a Good Thing in my book. I can’t get enough smoke action. 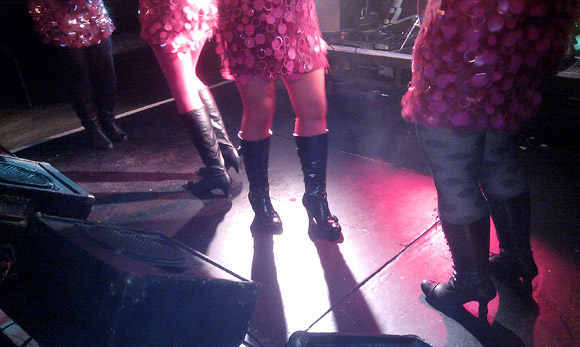 Here’s some photos of the girls in action: 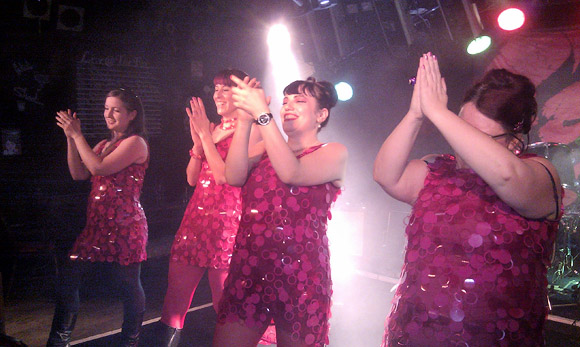 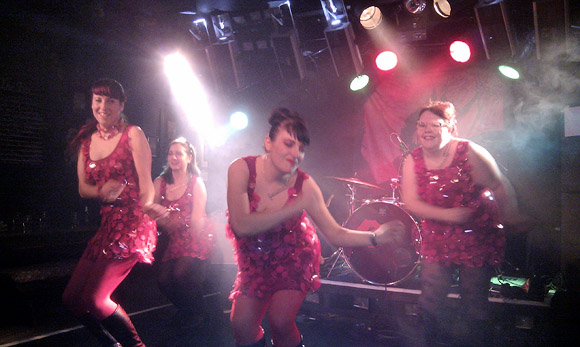 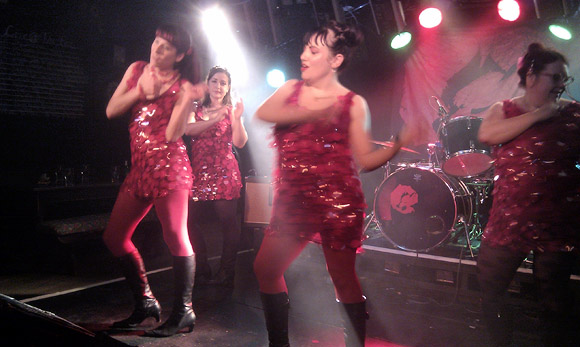 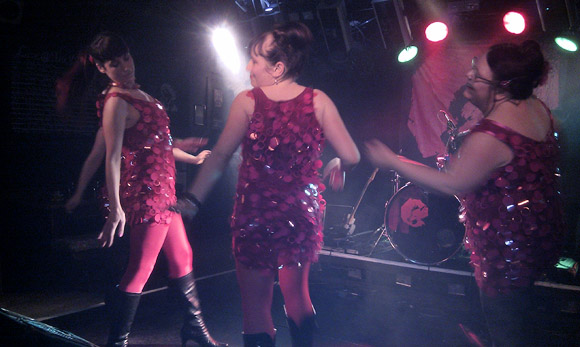 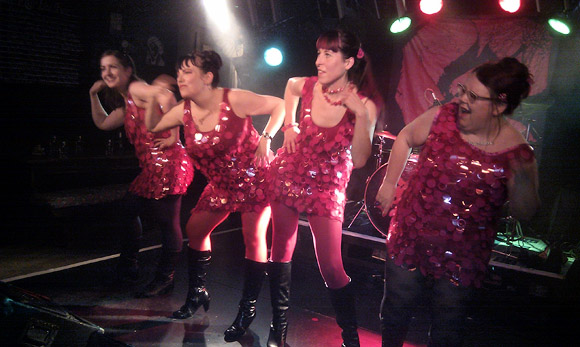 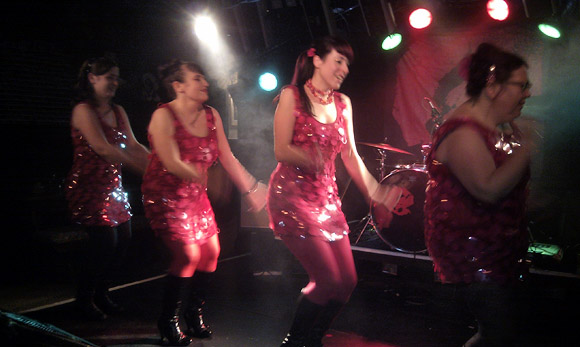 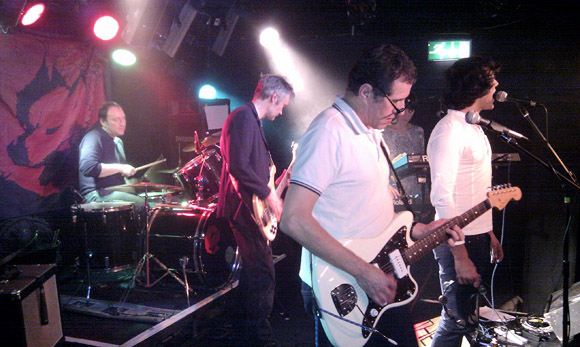 Playing a set either side of the Actionettes was The Instants, a moderately likeable indie-rock band who, faced with a very small crowd, put in a workmanlike performance. 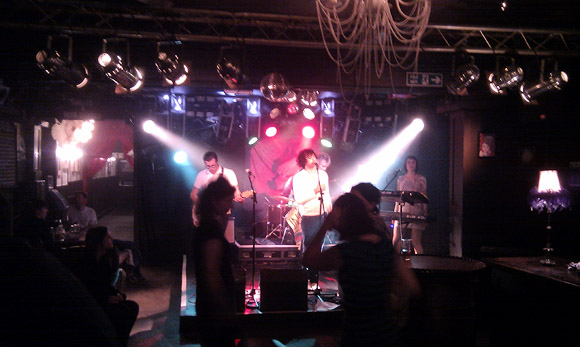 The stage at the Firkin.  The bar is on the right and to the left of the stage – rather distractingly for the bands, I would imagine – is the corridor to the loos and a large beer garden. 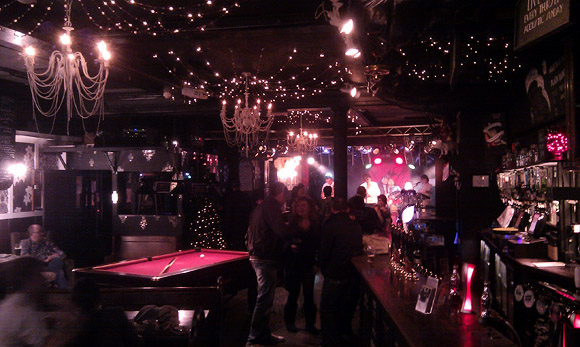 I really like the way the pub has been kitted out, and it’s a shame so few people were there – a venue like this deserves to be packed on a Saturday night! 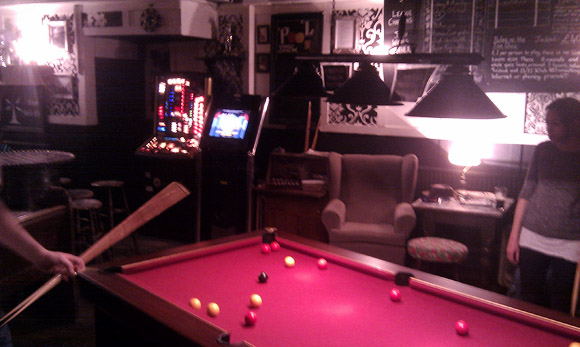 There’s a pool table in the pub, real ales, home made cakes and board games. 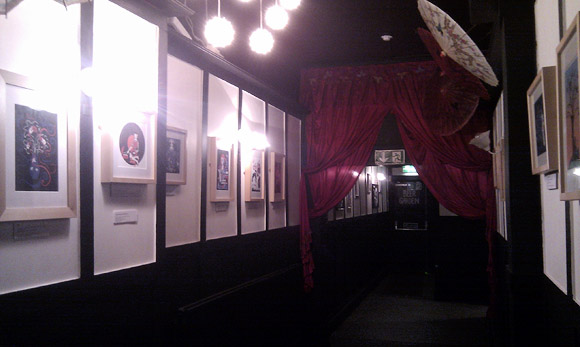 Doing the Digbeth Shuffle: Actionettes at the Flatpack Festival at the Spotted Dog, Birmingham