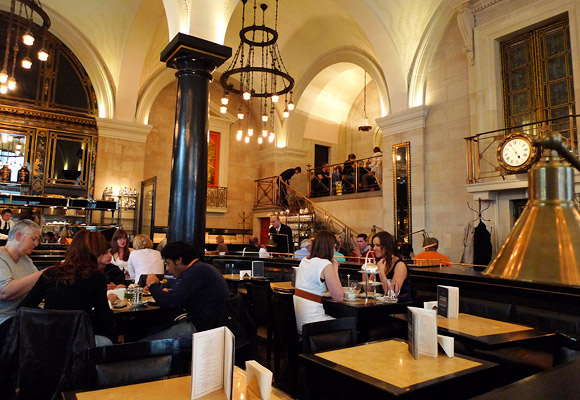 As a birthday treat, I was taken to the famous Wolseley cafe/restaurant at 160 Piccadilly, Mayfair W1 for afternoon tea a while ago to fill my face with tea and scones. In style. 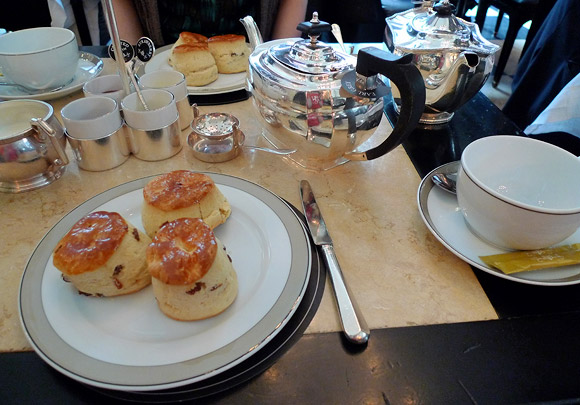 Situated in a grand, 1920s building that once served as a Wolseley car showroom (hence the name), the interior is styled in the Viennese tradition, with grand pillars, arches and stairways.

The car business failed to shift enough motors, and was declared bankrupt in 1926. Barclays Bank took over the building a year later, and some of the original fittings – including a post box and stamp machine – are still on display today.

A few years after Barclays vacated the building in 1999, the interior was restored and refurbished and reopened as The Wolseley in November 2003. 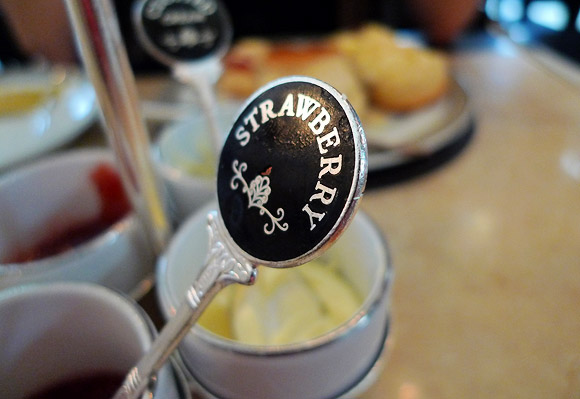 We ordered Earl Grey tea and scones (with lashings of jam and clotted cream, natch) and enjoyed rather a splendid hour or so. 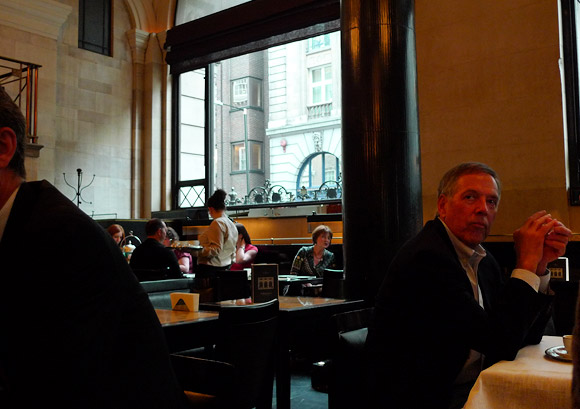 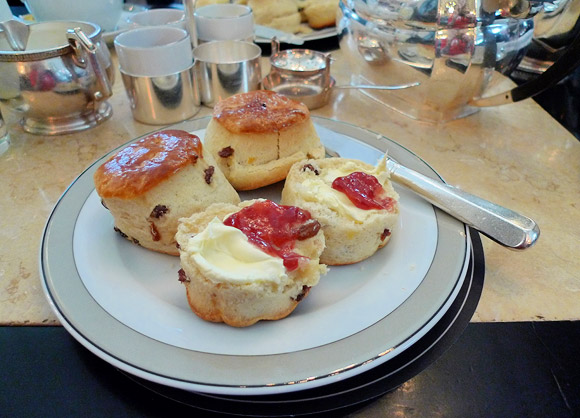 I *love* scones and clotted cream, and these  were very tasty indeed. 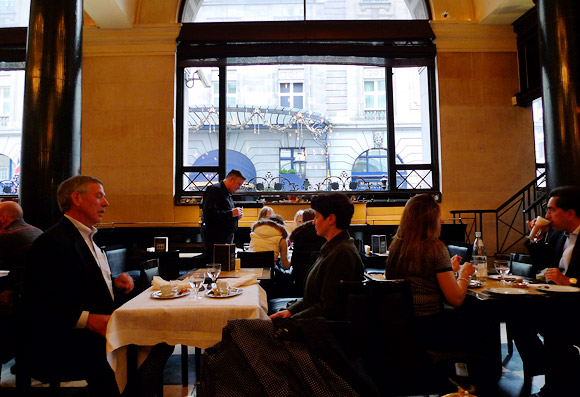