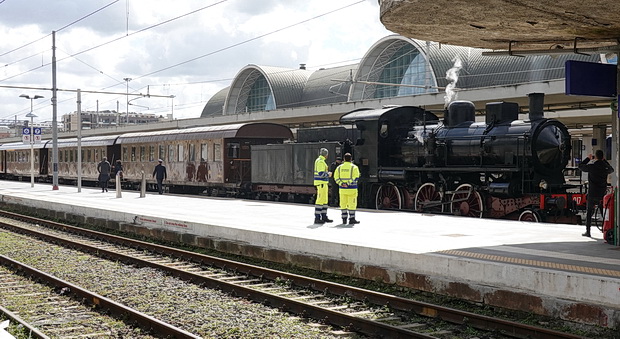 In steam-crazy Britain it’s not unusual to come across a steam locomotive on the ordinary passenger network, but I was surprised to see this locomotive waiting at Roma Ostiense railway station last Friday, 5th April. 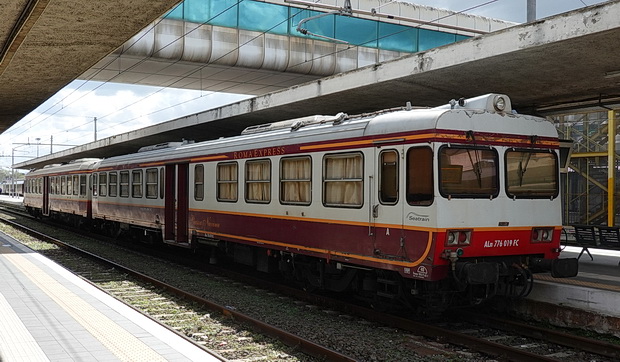 Standing on an adjacent platform was the wonderful Rome Express vintage train.

Wikipedia has more on it:

The Palatino Express or Rome Express is a historic express train operating between Paris, France, and Rome, Italy, since 1890. Under the name Rome Express the pre-war service operated daily until interrupted by the Second World War. The British film Rome Express (1932) derived its title and its setting from the train. The service was resumed after the war, and has operated with the name Palatino Express since 1969

A fascinating period article from 1935 recalls the thrills of travelling from Calais to Rome, with the Rome Express leaving Calais at 12.49 mid-day and arriving at Rome at 10.25 on the evening of the following day:

In view of the general operating conditions of the period, especially in Italy, this was remarkably good running. The cars contained four berths in each compartment, and in this way were little superior to the original rolling-stock on the “Orient Express”. Gas lighting and steam heating were incorporated. The exterior of the old train was handsome enough, though some of the old-fashioned Continental locomotives which hauled it at that time were of rather alarming appearance. The four-berths compartments gave way to the double berth type in 1901, and single-berth compartments, generally similar to those on British trains, but convertible for day use, appeared in 1923. 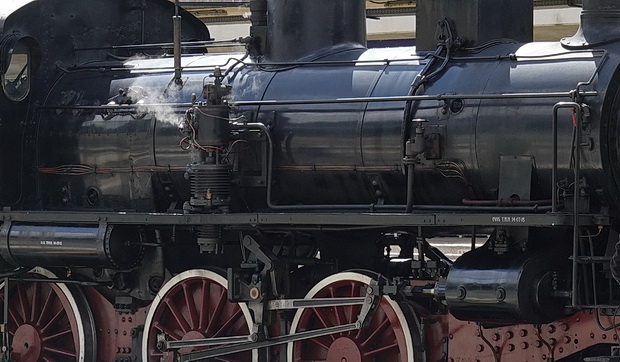 The class is commonly known by the nickname Signorine (Italian for ‘young ladies’), because of their perceived grace and beauty compared to other locomotives.

Designed for mixed-traffic operation (use on both passenger and freight services), the locos could operate on steep gradients, and the first examples of the class entered service upon completion in 1910, with the final operational examples were withdrawn from mainline service in 1976. [—] 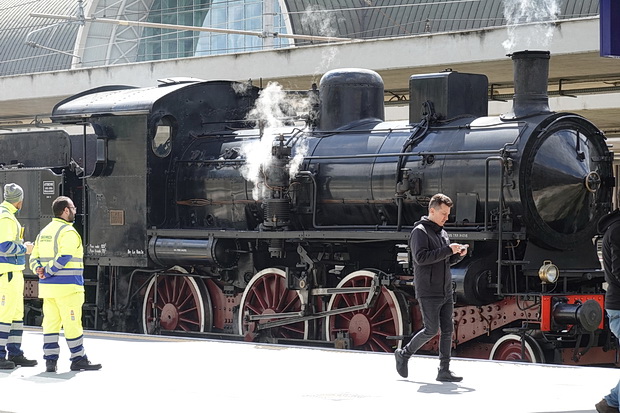 Thanks to a tip off from the urban75 forum, I learnt that the loco has been used for a Vatican steam service,. I also learnt that the “Vatican City State boasts the world’s smallest national railway network – a single track of just 300 yards that was inaugurated in 1933.”

Here’s some more photos from the station: 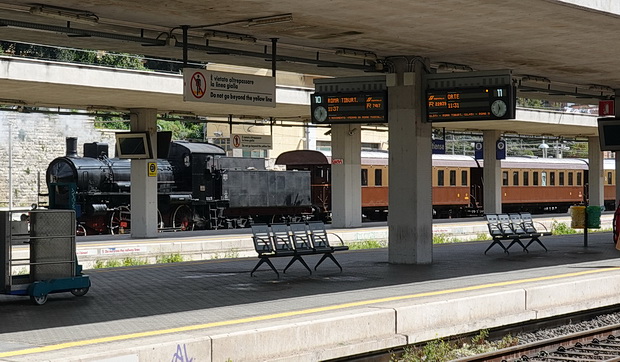 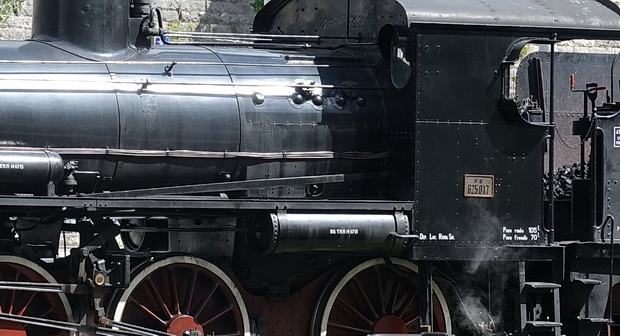 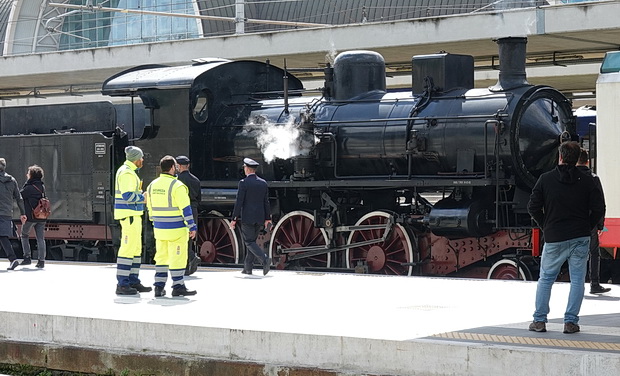 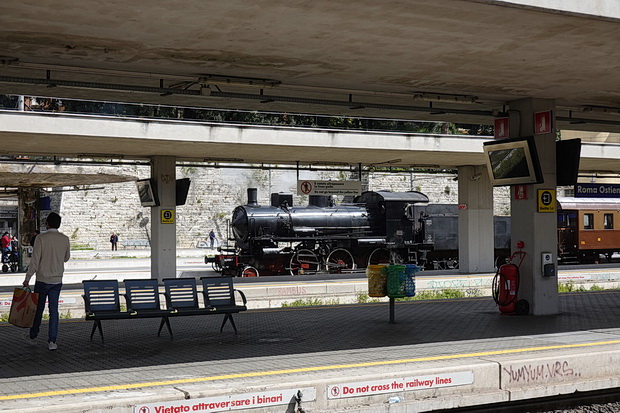 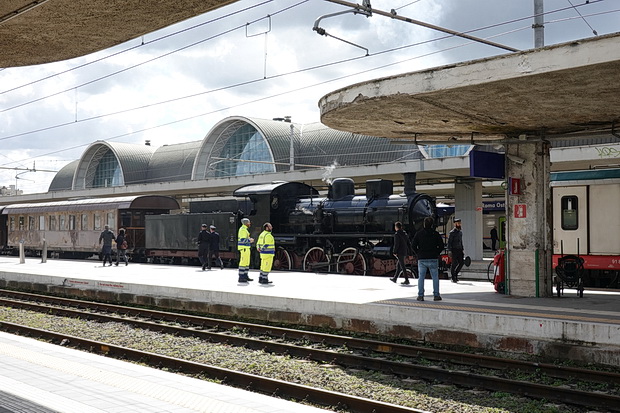