I’m chuffed to be able to announce that an exhibition of original artwork from the Bluebird Jones football comics will be opening this Saturday, 17th October in Cardiff.

The exhibition will take place at the rather splendid Andrew Buchan Bar in Albany Road and will feature a host of original strips from the fanzine, which documented the trials and tribulations of being a Cardiff City supporter in the lower leagues. 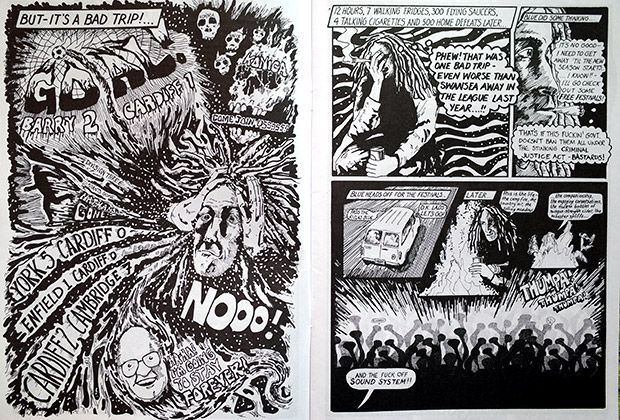 Although fanzines were common at football clubs in the pre-internet days, no other football club could boast a full comic – particularly one laced with the punk DIY ethic.

Created in response to hearing the chants of a minority of buffoons on the terraces, Bluebird Jones tackled issues like racism, homophobia and sexism in the none too enlightened 90s, and went on to become the UK’s fastest selling small press comic.

The print run of a 1,000 copies for each issue quickly sold out, and with City matches then attracting a modest 4,000 fans per home game on average, this meant that something like a quarter of the crowd were reading the comic’s engaged message.

See some of the strips here and read more about the background to the comic here. 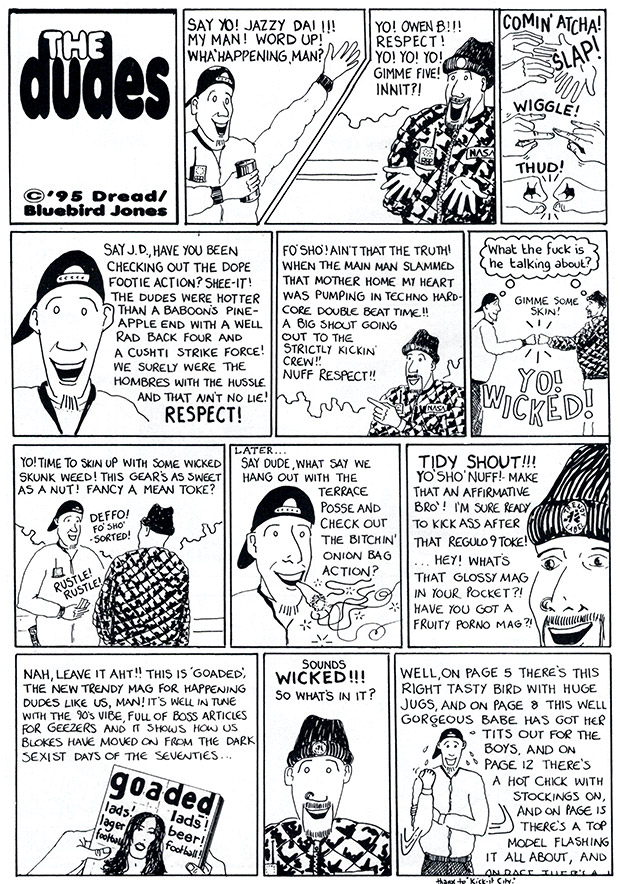 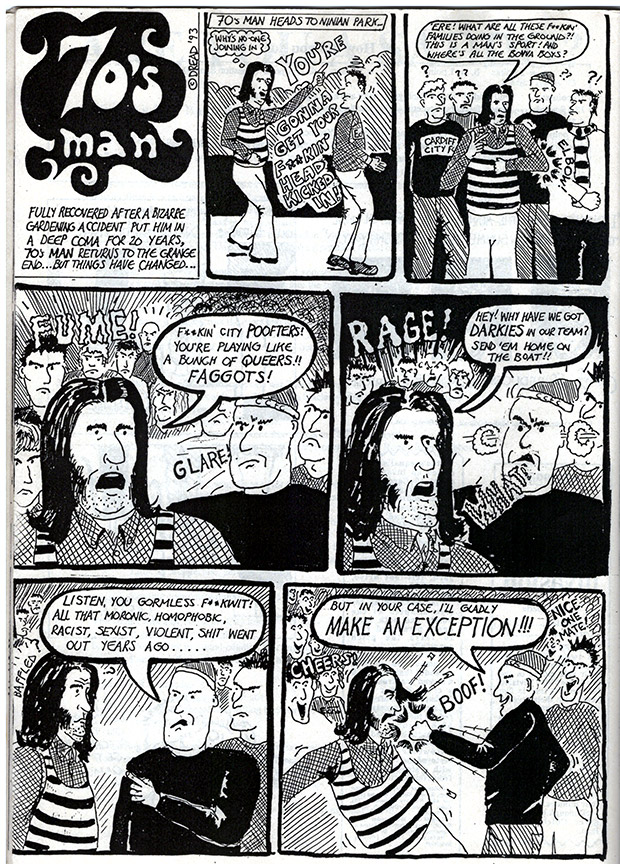