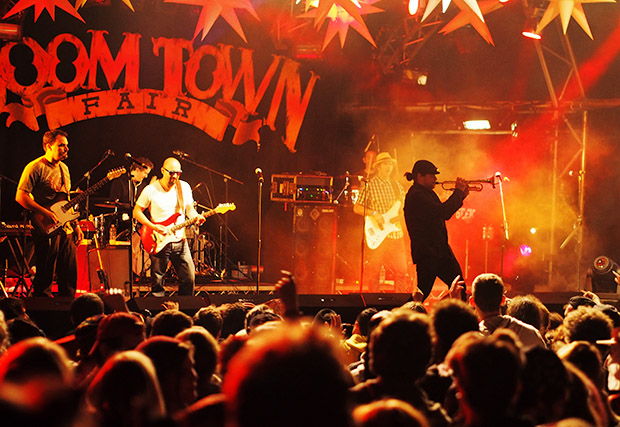 Boomtown has long been my favourite UK festival – check out the photo feature documenting the last three years there –  and the organisers have just announced the line up for this year – and it’s looking good! 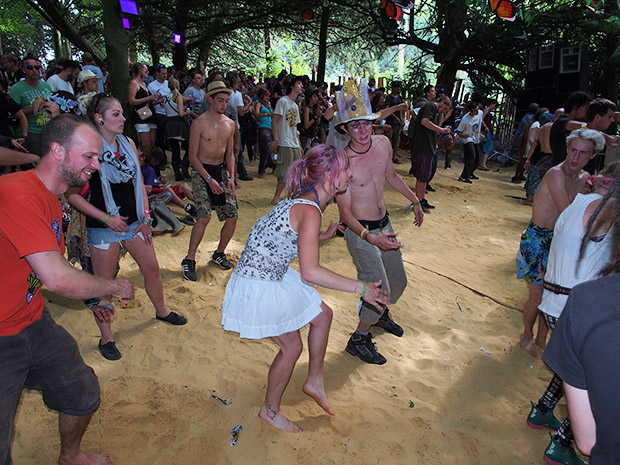 The festival is themed as a ‘city’ complete with eight districts, each one wonderfully decorated and with its own distinct vibe.

It’s a true festival experience and a million times better than the trudge of corporate fests.

Check out all the details below in the press release – and I hope to see you there in August!

Boomtown 2015: All eight districts and over 500 artists announced for BoomTown Fair!

Over the past few weeks BoomTown Fair; a 49,999 capacity, four-day immersive extravaganza held at the Matterley Estate nr. Winchester (UK)13th – 16th August, has been releasing their eight district line-ups every four days, keeping the dedicated citizens on the edge of their seats with a veritable bounty of mega star names mixed in with home grown talents, underground legends and unknown gems! With each of the districts being likened to a mini festival within the fair, BoomTown followers have been treated to headline names such as Stephen Marley, Flogging Molly, Gogol Bordello, Matisyahu, SOJA, Barrington Levy, John Butler Trio, Squarepusher, Spor, Noisia, Caravan Palace, Black Uhuru, Infected Mushroom, Less Than Jake and Streetlight Manifesto topping the bill across the various districts!

For those yet to discover the fantasy land of the fair, BoomTown rose up from the underground in 2009 to become one of the UK’s wildest and most inspiring independent festivals. A sprawling metropolis and home to every species of creative miscreant, its thousands of citizens embark on an immersive audio visual journey of discovery, dancing through its labyrinth of streets on a non-stop weekend adventure to a soundtrack of ska, folk, gypsy, reggae, world, punk, pirate, disco, electro-swing, jazz, blue-grass, bass, jungle, techno and all in a spirit of unity and freedom! Check out the newly released 2015 trailer to get a glimpse of what all of that in one almighty city looks like: 2015 OFFICIAL TRAILER.

The sheer expanse of genres covered at BoomTown is enough to make any music fan feel a bit lightheaded with seemingly infinite acts to discover, so let’s get to the root of what each ‘district’ is about and figure out what the line-ups have in store at the Fair this summer…

Which basically means festival goers get to roam free among a fully interactive pirate village!! OldTown’s main venue isThe Jolly Dodger, a 90ft long Pirate Ship and will welcome the masters of jaw dropping performances and mystery, The Invisible Circus and their pillaging Pirate Show along with headliners from across the seven seas including; Gogol Bordello, Dubioza Kolectiv, Amsterdam Klezmer Band, La Pegatina, Kumpanra Algazarra.

Unifying a whole spectrum of reggae, dub, dancehall from all over the globe, TrenchTown district is as spiritual as it is bass rumbling! Venues include the 40ft Aztec temple of The Lion’s Den, sound system culture of Tangled Rootswoodland clearing and the beach party vibes of the Hidden Woods.

‘Behind the opulent frontages of ChinaTown trouble is brewing among the resident punks and ancient anarchists… Their future is uncertain, but one thing is for sure, there will be mosh-pits and flat-out skanking from dawn to dusk!!!’

On the face of it husband and wife team Mr and Mrs Fitz-Sloane pledged to uphold the areas exclusivity by keeping out the ‘riff-raff’ and ensuring that only the most well-to-do attend their famed Electro-Swing soirées!!

Glitzy and glamorous Mayfair Avenue is, as the name suggests, top draw and sparkles galore! Venues include The Ballroom and The Bandstand with headliners; Caravan Palace, Deluxe, Scarecrow, Dirty Honkers, Bart & Baker, Mr B the Gentleman Rhymer and a whole load more of the very best Electro-Swing from all over Europe!

The cowboys of the west are back in town with their all-powerful Sheriff leading the way and the Mayor in their pocket! This rambunctious bunch have ambitions set far beyond their designated district having already taken control of the Old Mines. The Wild West is now an almighty powerhouse of thigh slapping, Stetson slinging, cider swigging sounds with the very best in folk, roots, world, hillbilly and a whole lot of Yeehaaaa! Venues include: The Old Mines, Rusty Spurs & Crazy Calamities Saloon

A timeless place where past and future becomes one, industrial buildings stand tall and dark smoke filled alleyways loom with danger and debauchery. Some call it the red light district, others know it as deeper DownTown, its true name is DSTKRT 5!

Currently the ruling district of BoomTown, the vibrant community of Barrio Loco love nothing more than to fiesta ‘til dawn!! That was, until The Mayor turned her back on them and channelled all public money into an outrageously ginormous Palace to prove her dominance and power… Unrest is stirring, the people are rising, what does Chapter 7 hold for the streets of Barrio Loco??

Town Centre (Acts representing a variety of districts from across the fair in a central location!)

The Old Mines (The Wild West)

Discuss Boomtown 2015 on the forums

The Prawnucopia Lounge at Boomtown 2013. Like drugs, but with giant prawns