The Brighton i360 tower, the controversial ‘replacement’ for the seaside town’s much-loved but now-abandoned West Pier can be seen under construction in these recent photos. 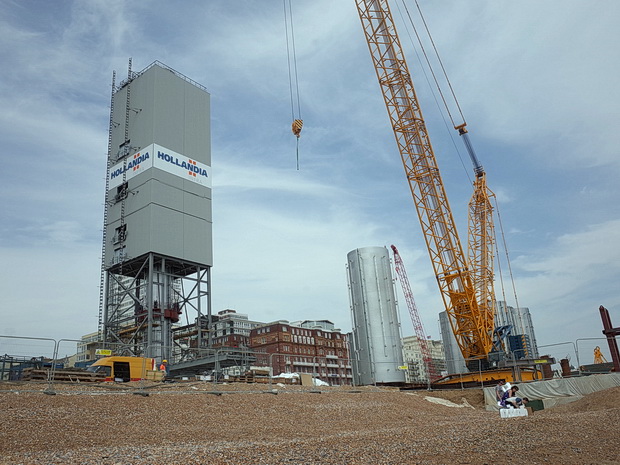 Billed as a ‘vertical pier’ containing a single viewing pod that can hold up to 200 people, the developers say that their vision follows “in the spirit of the original pier, inviting visitors to ‘walk on air’ and gain a new perspective of the city, just as they ‘walked on water’ in the past and viewed the city from the sea.” 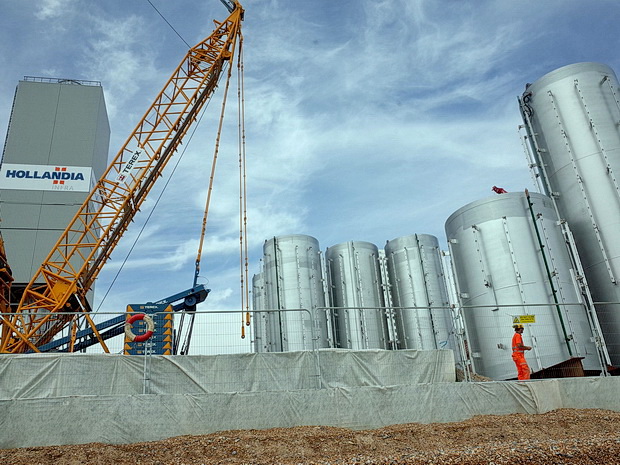 At 175 metres high, and with an observation pod rising to 141 metres (450 feet), the i360 will be Britain’s highest observation tower outside London, sporting a shop and hospitality suite and a cafe/restaurant catering for up to 400 people built at the base. 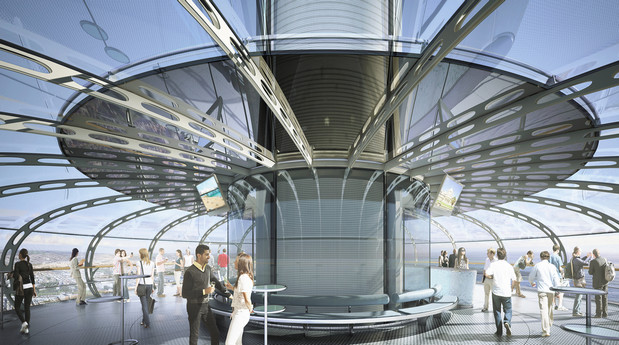 There will also be a ‘Sky Bar‘ in the pod in the evenings (illustrated above).

Commendably, the venture has pledged to be first tourism employer in Brighton and Hove to commit to the Living Wage. 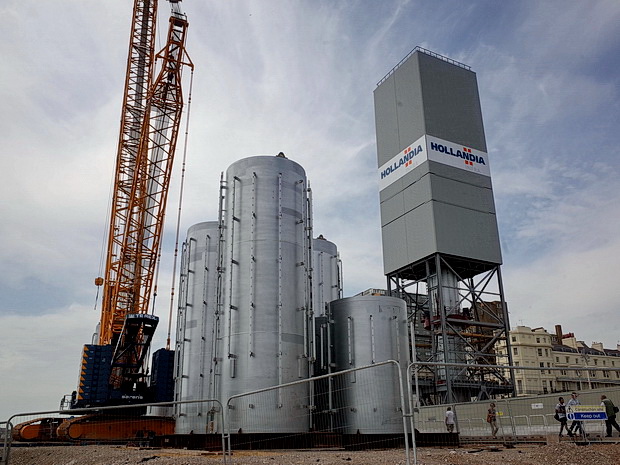 Completing the tower involves a complex procedure in which 17 ‘steel cans’ have to be jacked into place.

Read about the full process here. 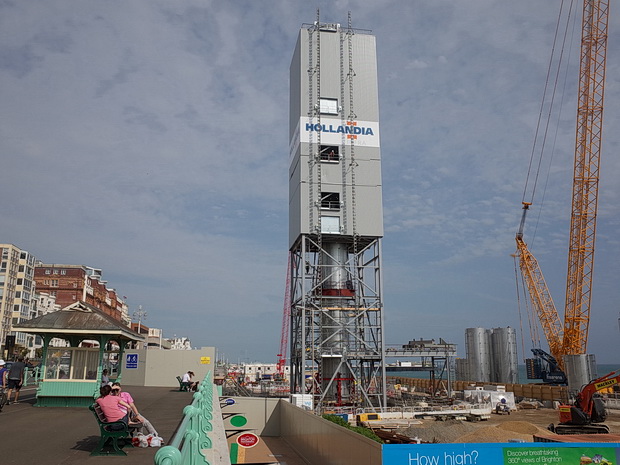 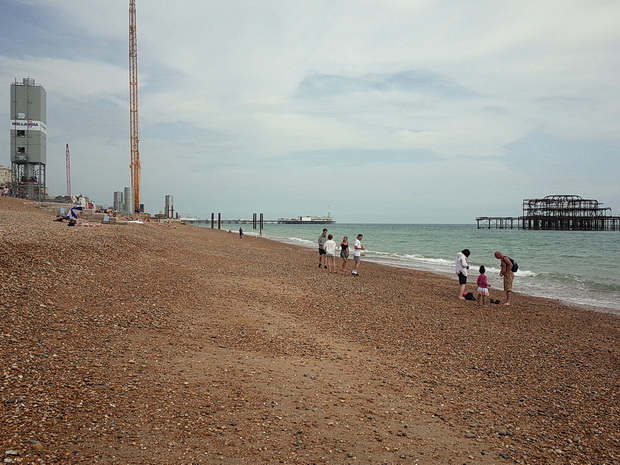 The tower can be seen to the left, while the rusting remains of the West Pier remain stranded at sea. 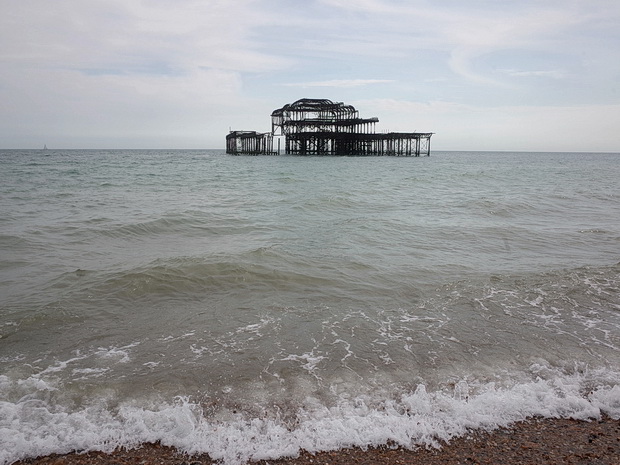 After being awarded a £14.2m Lottery award in 1998, residents and tourists were looking forward to the Grade I listed pier being returned to its former glory. 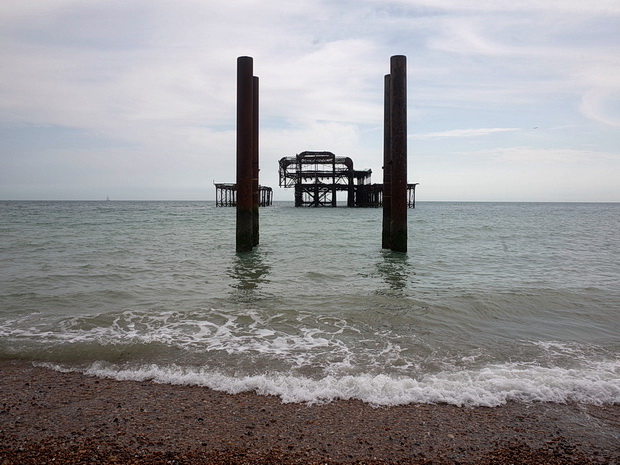 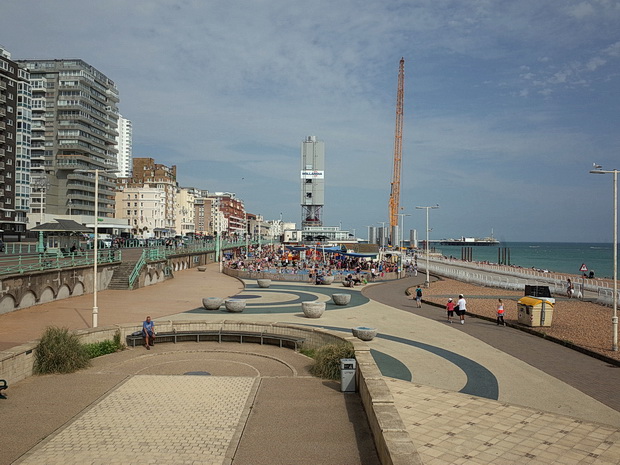 Looking east, with the tower construction site dominating the view. 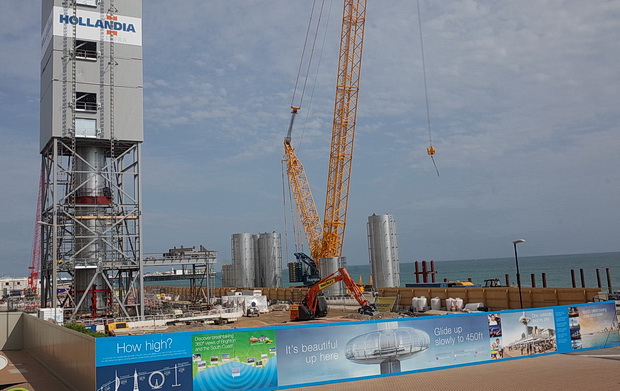 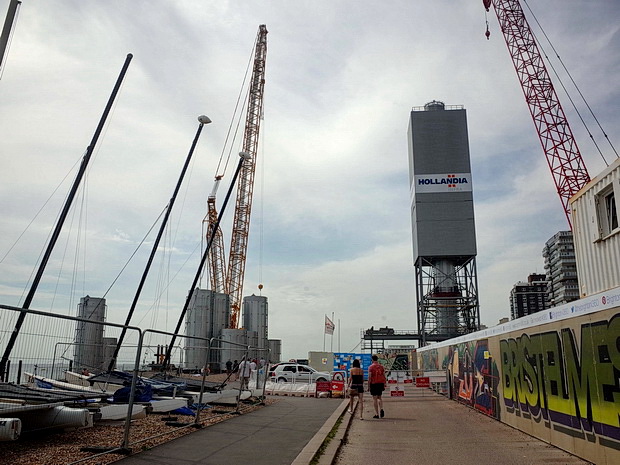 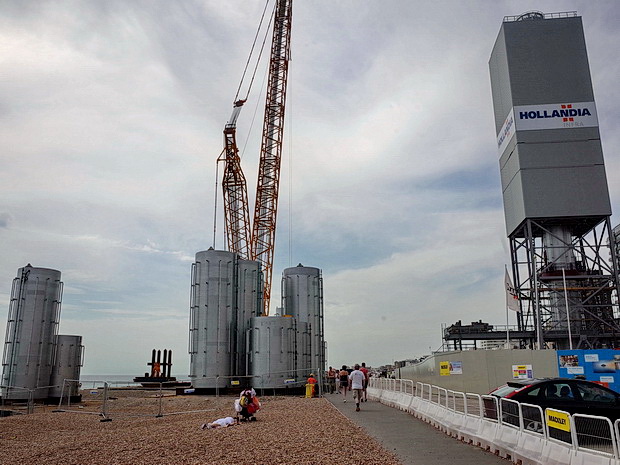 Discuss the tower on the forums.

Brighton seagulls, skinheads, seaside and sun, photos from the the south coast resort

3 Comments on “Brighton’s i360 tower under construction -photos”