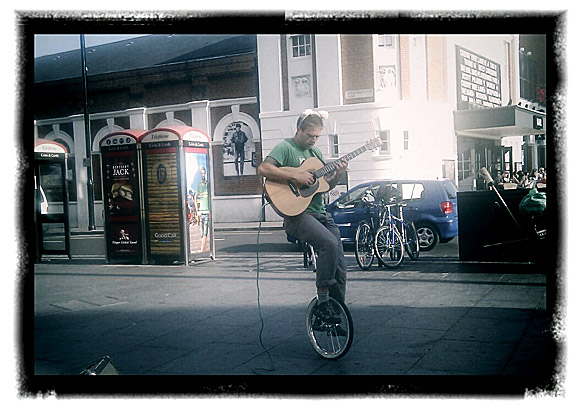 You’ve got to give him points for effort here. A unicycling, guitar playing busker wearing rabbit ears sings it out loud outside KFC in central Brixton. 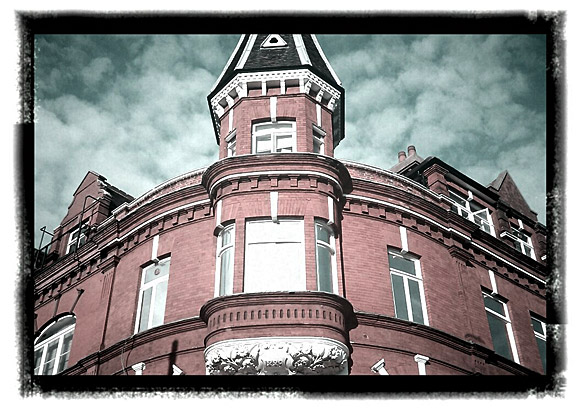 Formerly the premises of Landy & Berlin (‘the great expert tailors’), this fine building at 417, Brixton Road (at the junction with Brixton Station Road), was occupied by the Lambeth Building Society for many years. The ground floor is now home to San Marino coffee.

See Brixton ‘Then and Now’ photos of this  building here. 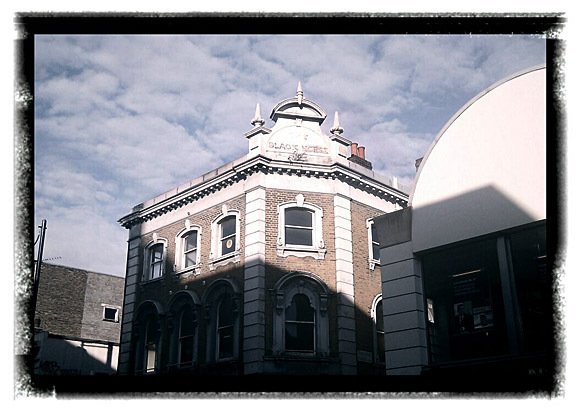 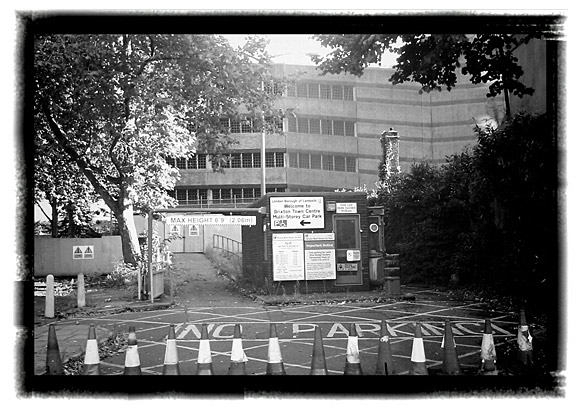 The entrance to the architectural nightmare that was the Popes Road car park, now scheduled for demolition, with the site set to find an unusual use as a temporary ice rink. 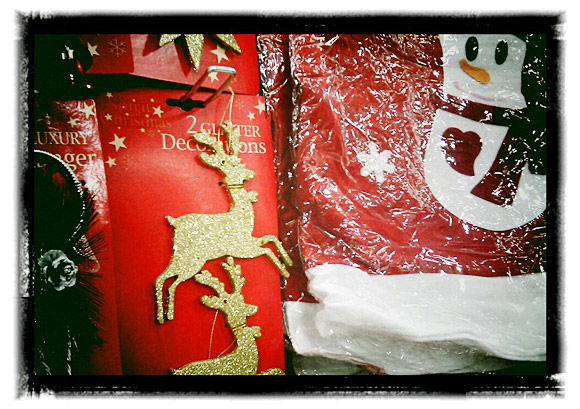 First Christmas decorations spotted! It’s only the beginning of September and the 99p store is already stocking up on festive baubles and plastic reindeers. 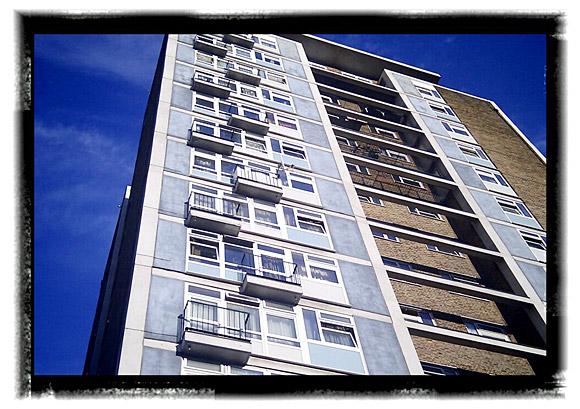 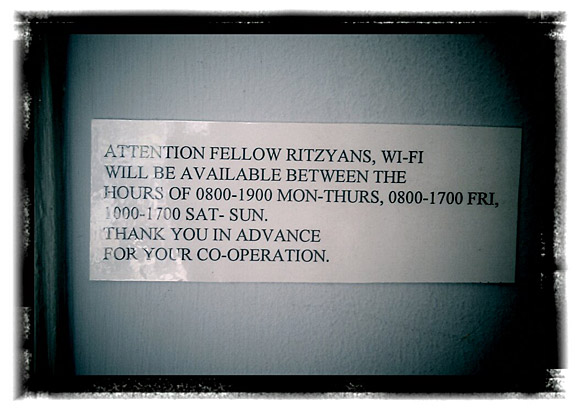 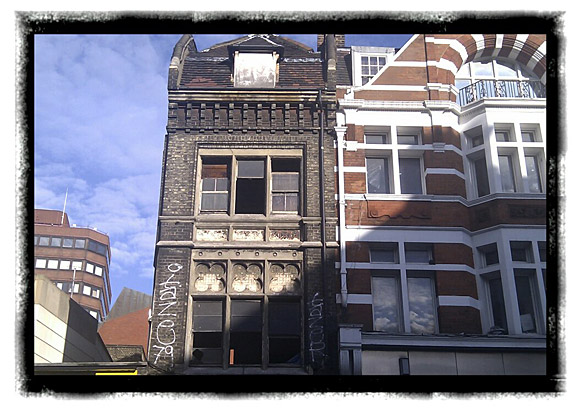 It’s a shame that this lovely Victorian Gothic building has been left to rot away. The ground floor was was previously used by the San Marino cafe, but the top floors have been empty for as long as I can recall. 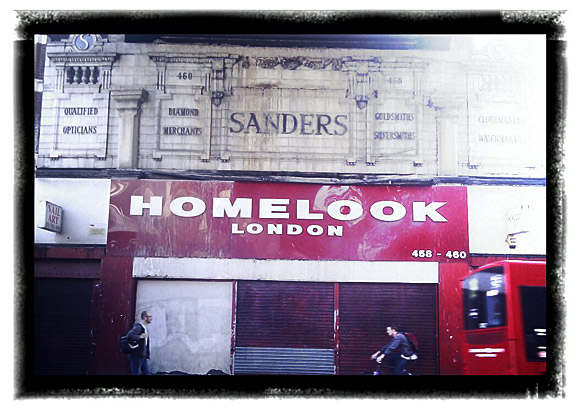 Sanders diamond merchants, goldsmiths and opticians. The business may have disappeared long ago, but their advertising remains underneath the high level railway bridge in central Brixton.

First Look was a precursor to the £1 shops that have sprung up, but has been empty for at least three years. 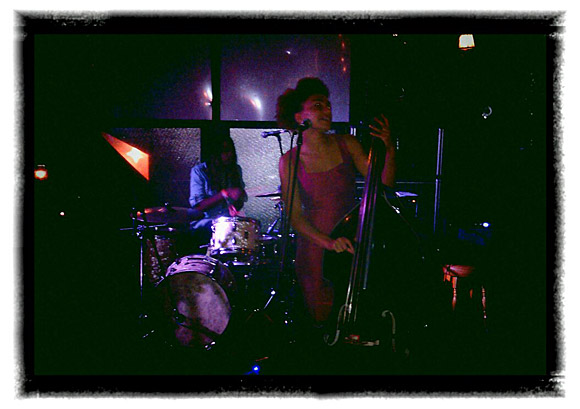 Band at the Rest Is Noise. Brixton’s great for free nights out – last night we started off here (and had a lovely chat with the friendly barmaids), moved on to the Albert, nearly got lured into the 414 Club before ending up at the trusty Dogstar. 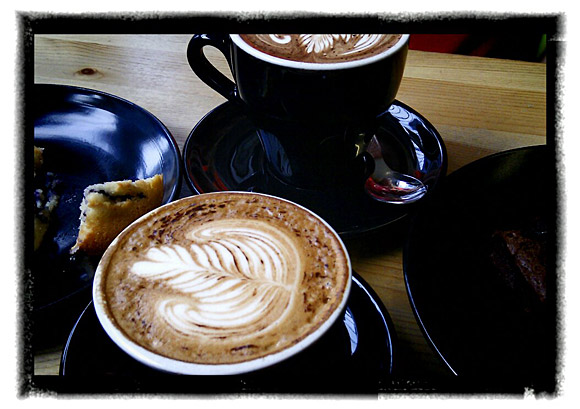 After all that, a cup of Brixton’s finest coffee at the Federation cafe was much called for….