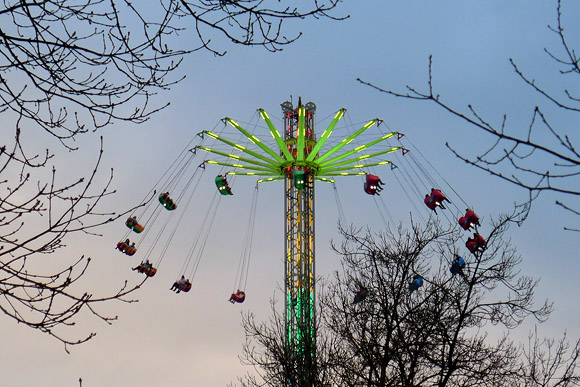 Sadly, there wasn’t a snow-covered festive scene to greet me on my return to Cardiff this year, as the weather had turned boringly mild.

There was still loads going in around the city centre, so here’s a few snaps: 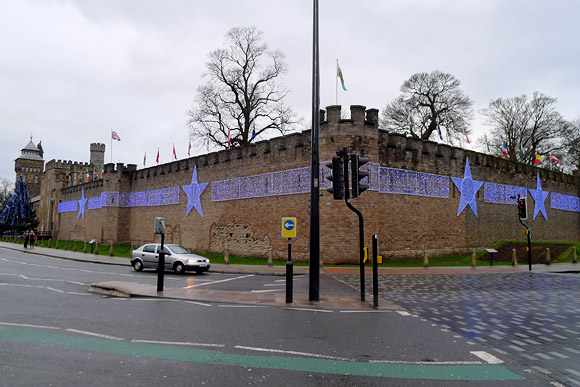 Cardiff Castle, the Grade One listed medieval castle and Victorian architecture Gothic revival mansion. The structure started as a Norman keep erected over a Roman fort. 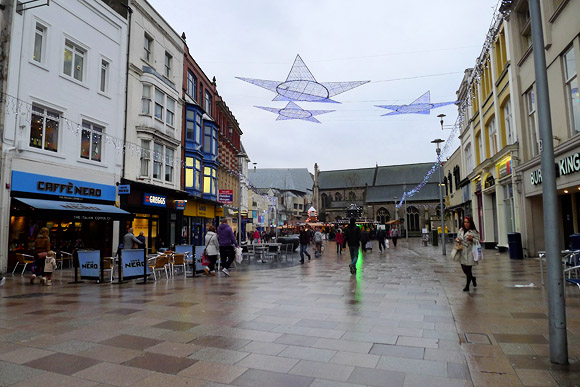 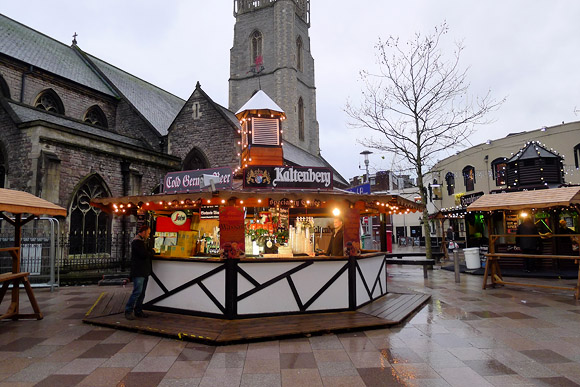 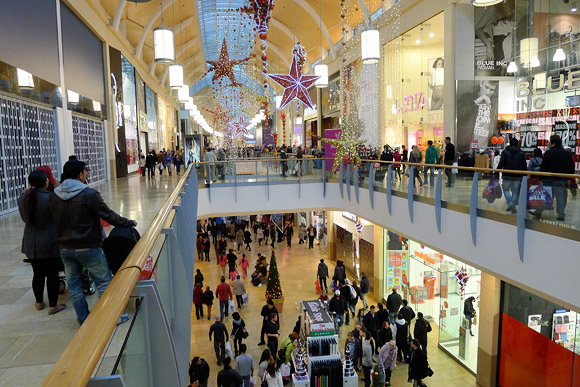 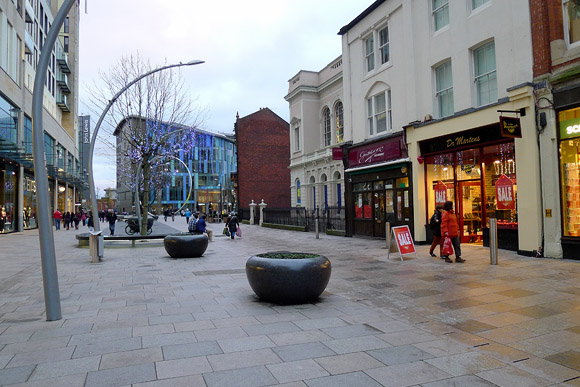 View of The Hayes, with the new Cardiff Central Library and John Lewis buildings in the distance.

To the right, is the Dr Martens store which once housed the Spillers independent record store. 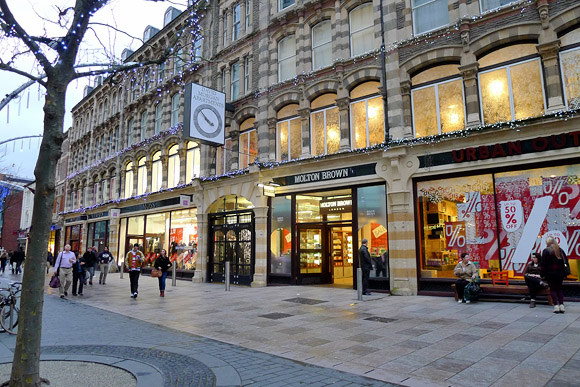 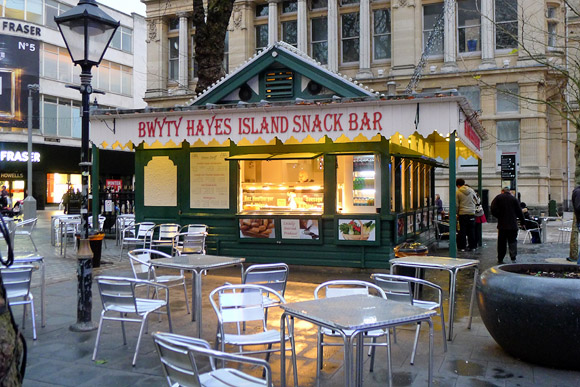 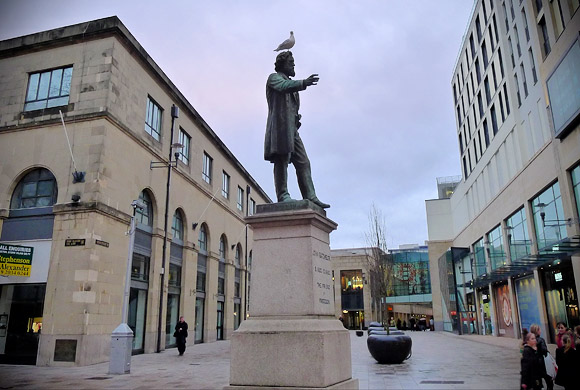 Statue of John Batchelor (1820-83) ‘The Friend of Freedom,’ in The Hayes, with a seagull stood on his bonce. 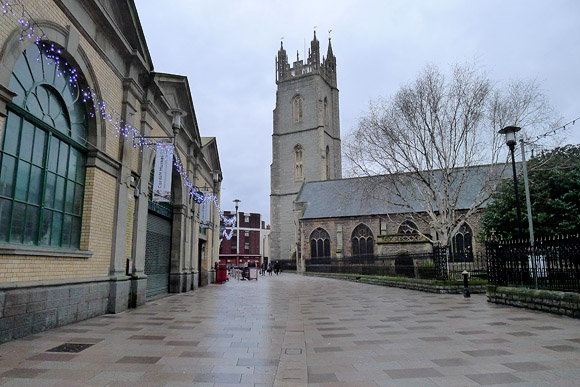 St John’s Church, St. John Square. The church dates back to 1180, with the perpendicular tower (boasting a peal of ten bells) being added on the 15th Century. 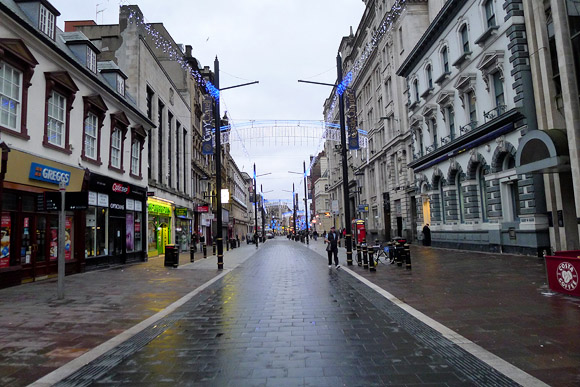 A quiet St Mary Street. The street can get very lively at night, with the scenes of drunken mayhem famously captured by Maciej Dakowicz’s wonderful Cardiff After Dark photo series. 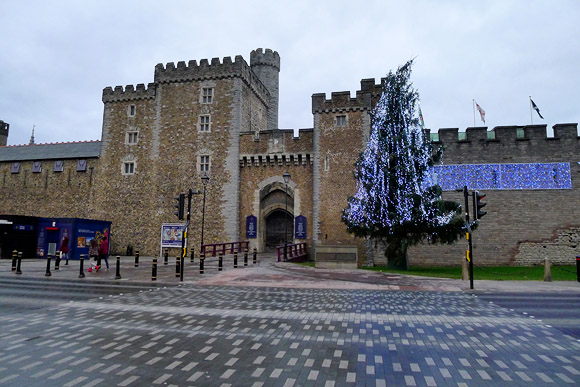 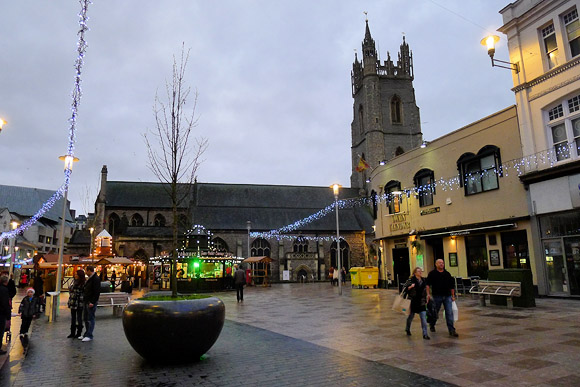 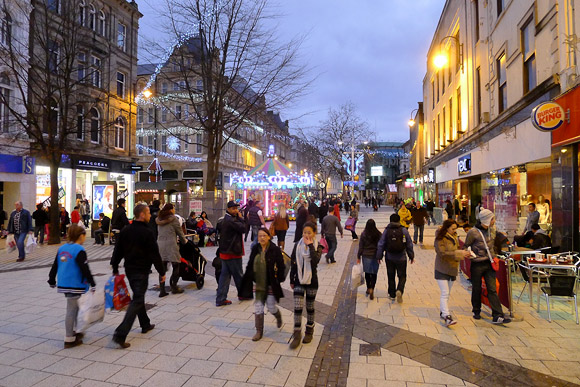 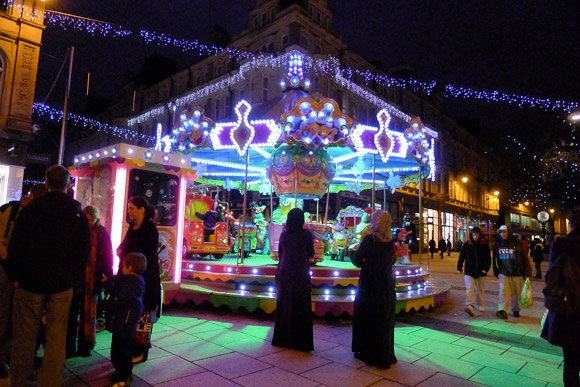 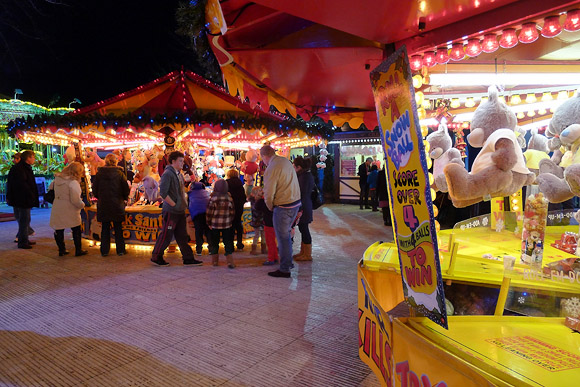 Now in its 11th year, the ‘Cardiff Winter Wonderland’ takes place in the Civic Centre and offers fairground rides and ice skating. 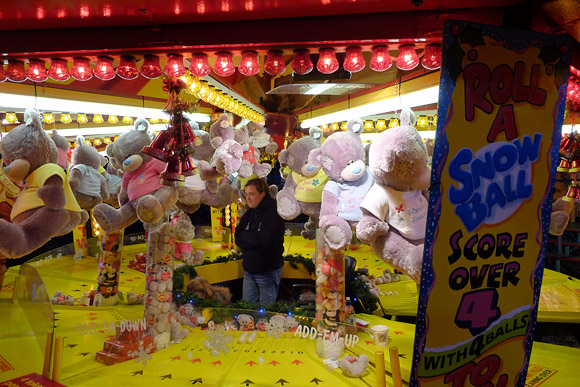 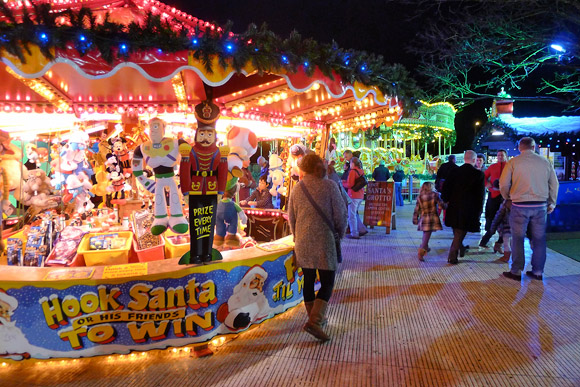 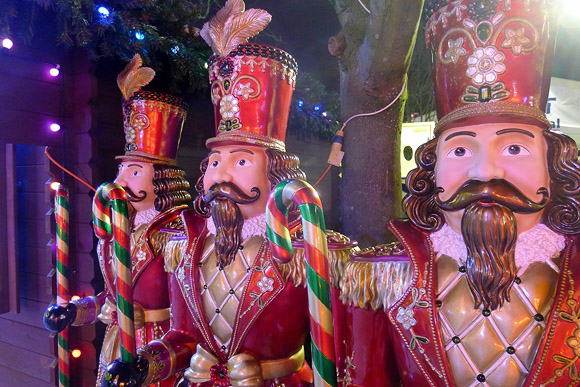 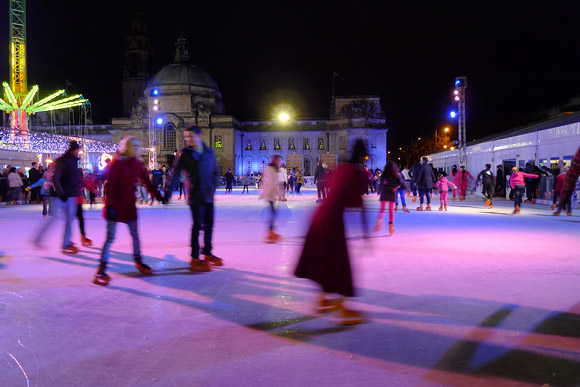 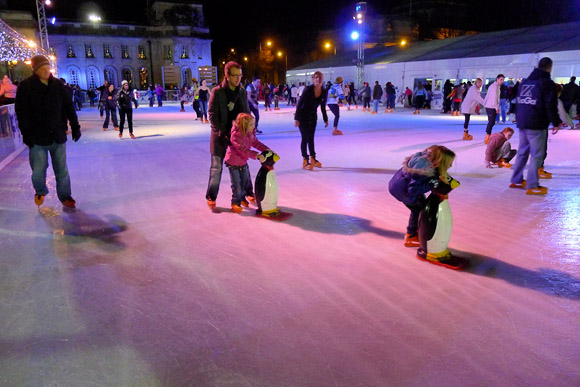 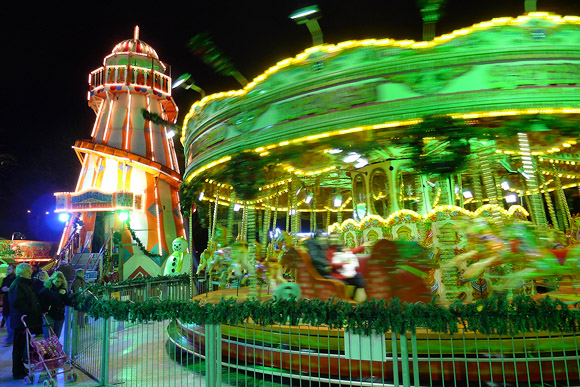 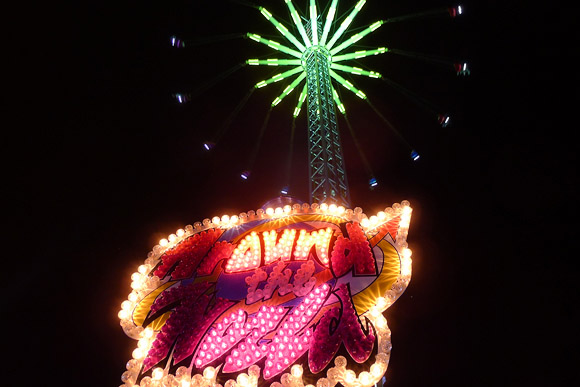 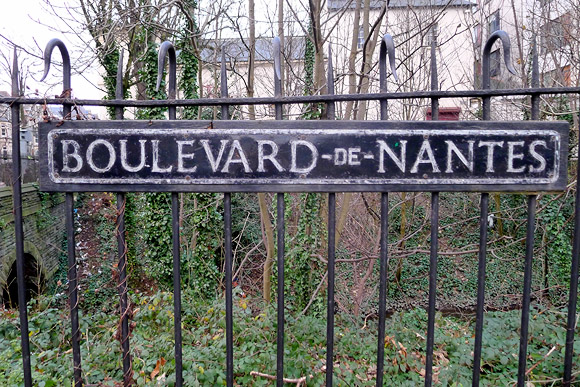 The fancifully named ‘Boulevard de Nantes’ in the centre of Cardiff. 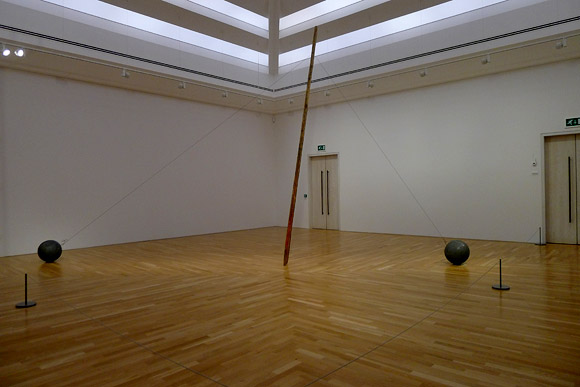 Inside the National Museum at Cardiff. I liked this piece – Scala Napoletana, Joseph Beuys (1985) – by Joseph Beuys. 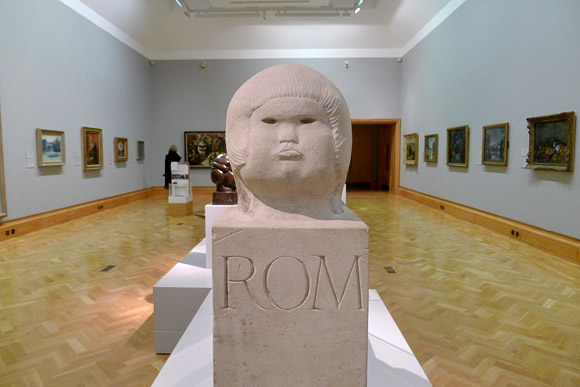 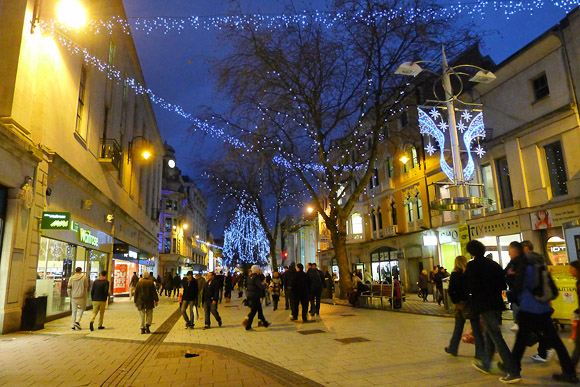 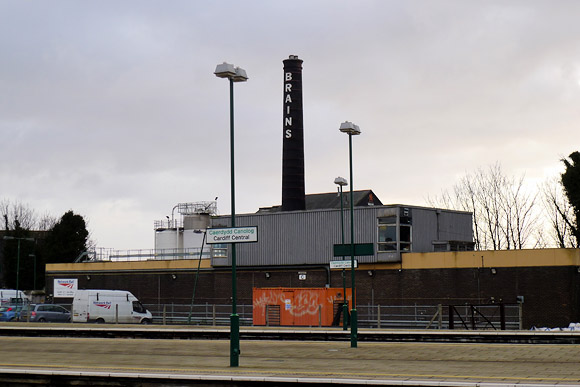 My last look at Cardiff before heading back to Llundain, showing the legendary Brains brewery opposite the Central railway station.

Happily, I had a bag full of Brains SA beers, so I was taking a little bit of Wales back with me.

One Comment on “Cardiff city centre at Christmas 2011 – funfairs, shopping and Brains SA”