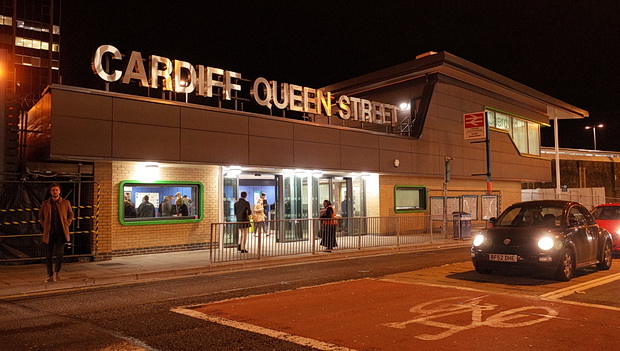 During a particularly short sighted bout of rampant rationalisation in the 1970s, most of Cardiff’s once stunning Queen Street station was demolished and replaced by a glorified hut.

The glorious cast iron roof that covered the main running tracks was also pulled down, and several platforms put out of use. 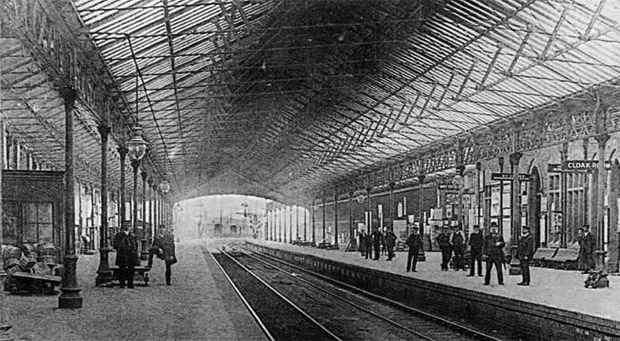 In this view of Cardiff Queen Street c.1905, you can see the overall roof in place, with the 1887 station buildings flanking the west side of the station. 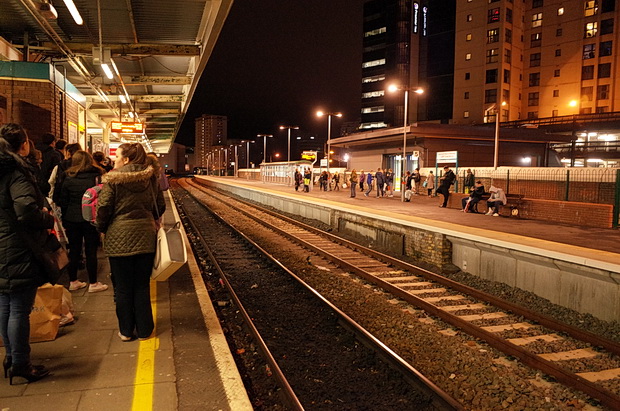 This modern view taken from a similar angle shows how much was lost in the 70s, and after the rationalisation only the empty, rail-less platform remained.

The modernisation work has seen the platform brought back into use, and some limited facilities installed for passengers.

With no overall roof and limited cover, it’s not a platform you’ll want to spend much time on, but it’s great seeing long overdue investment coming to the station and the Valley lines.

Now, if only someone would start work on the Coryton-Radyr loop…. 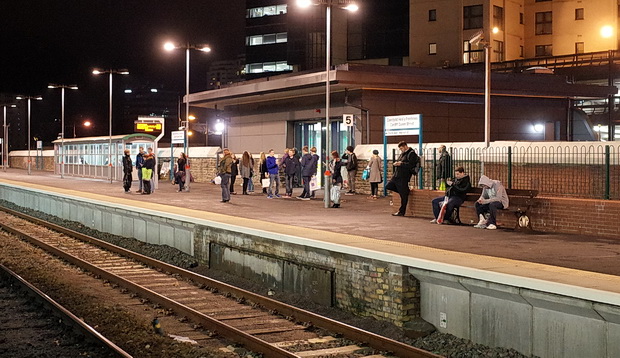 Here’s the run down of the new platform layout: