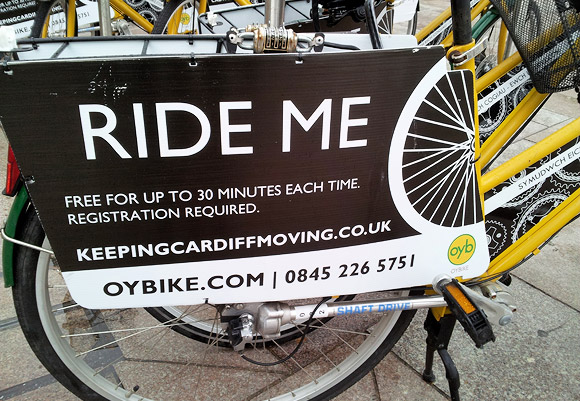 Introduced back in November 2009, the scheme is a street-based rental station technology that lets users hire and return bicycles around the centre of Cardiff  via their mobile phones. 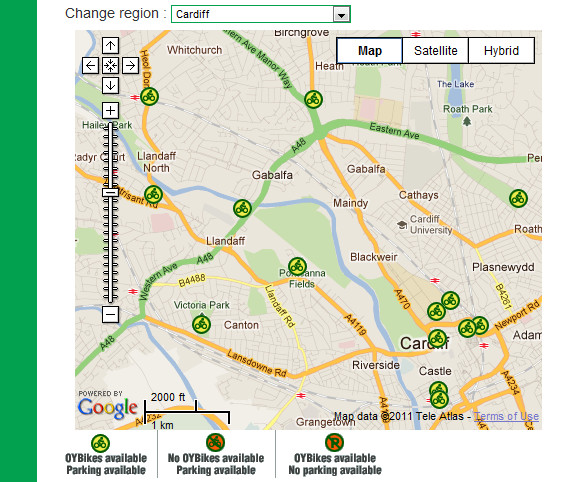 At the moment, there’s 18 rental locations, covering as far north as Llandaff railway station and down to Cardiff International White water in the south.  Users can check the availability of bikes and spaces via a web map interface. 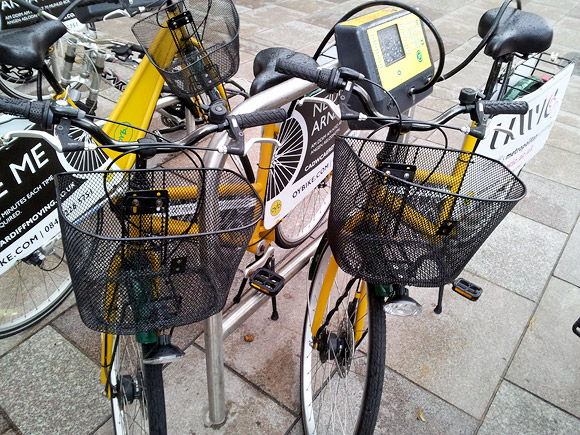 To use the system, you have to register on-line at http://www.oybike.com and pay a subscription fee of £5 for a day (with no hire fees), £5 for a week or £18 for the whole year.

Hire rates currently work out as: 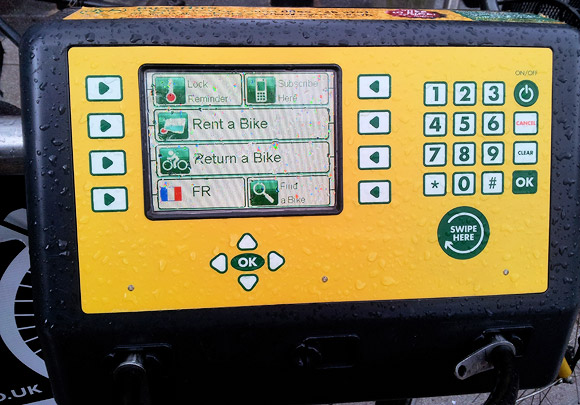 All bikes have to be returned 24 hours of being hired – after that the system will assume that they’ve been nicked with the last user charged for the value of the bike – ouch! 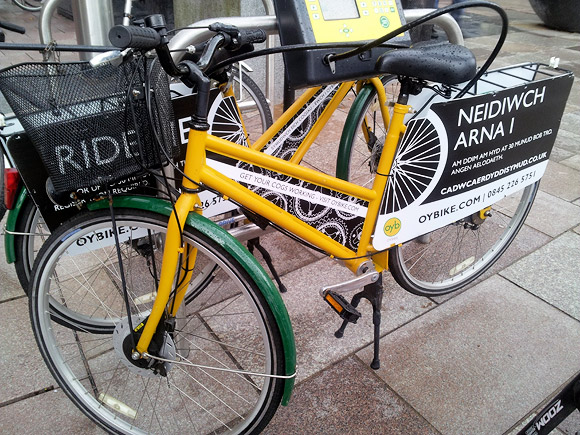 I didn’t get chance to take one of these creatures for a spin but they seem to have followed the same ‘make ’em ugly so they won’t get nicked’ unisex design philosophy of the Barclays/TfL London bikes. 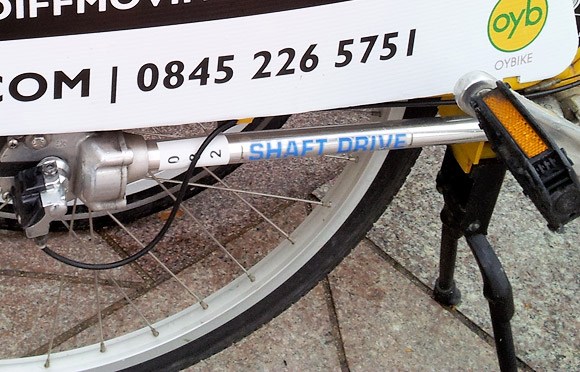 They look like fun, so I hope to get a ride on one the next time I’m up in Cardiff. Anyone used them yet?