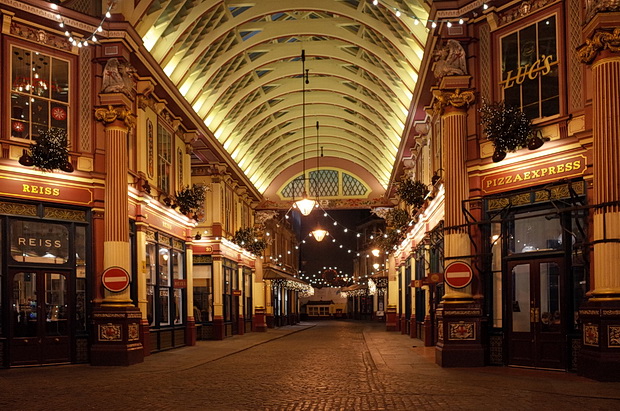 Designed in 1881 by Sir Horace Jones (also the architect of Billingsgate and Smithfield Markets), Leadenhall Market in the City of London is a wonderful piece of architecture, and it looks even lovelier covered in Christmas lights. 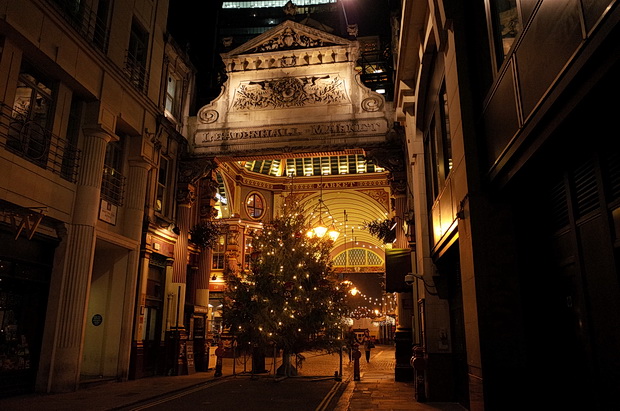 There’s been a market on this site since the 14th century, and with its ornate roof structure and cobbled floors, it’s a wonderful place to take a stroll. 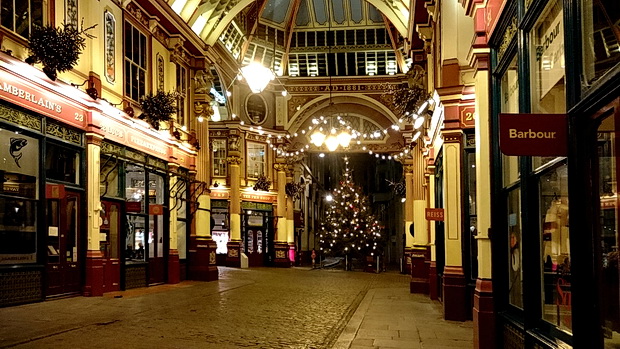 Unlike some of the more garish decorations seen around town, it’s all rather tasteful in the market, with a large Christmas tree at one end and lots of smaller trees suspended above the shop units. 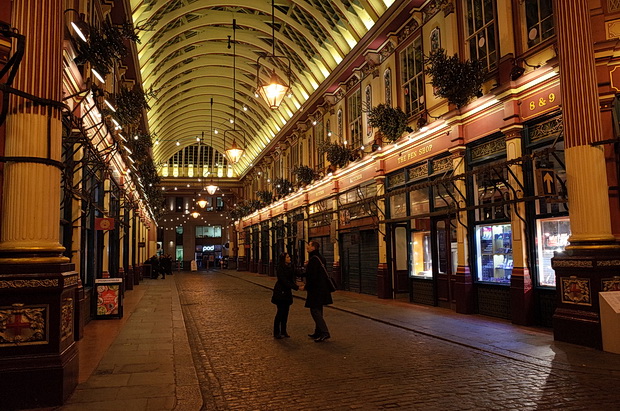 There’s several wine bars and pubs situated in the market, and after a few ales it’s easy to imagine that you’re back in Victorian times. 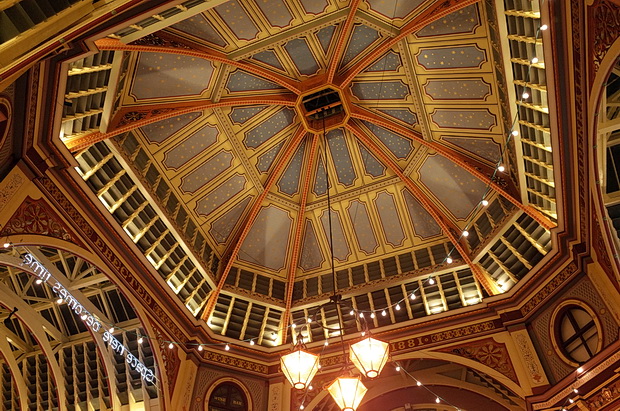 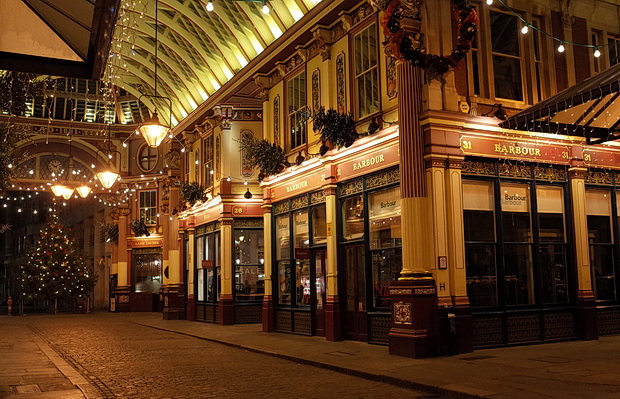 Apart from a few drinkers briefly noisily singing Christmas carols, it was silent in the market. 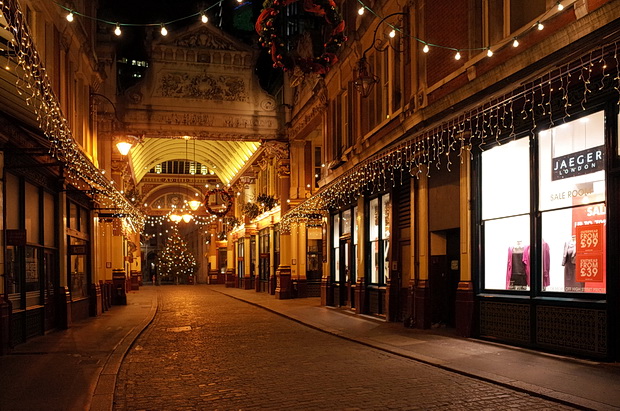 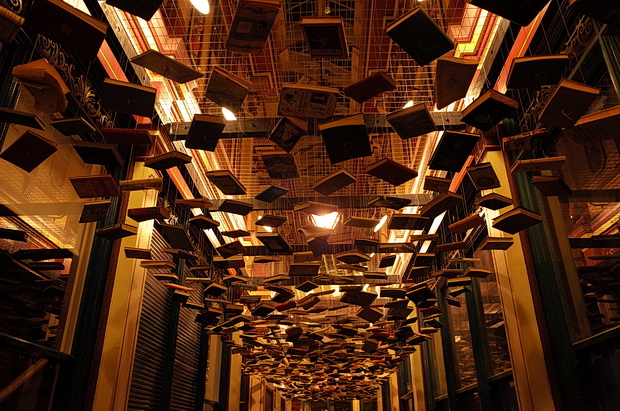 I’m not entirely sure what this suspended display of books was all about. It looked quite striking but it was a bit sad seeing books being used merely for decoration. 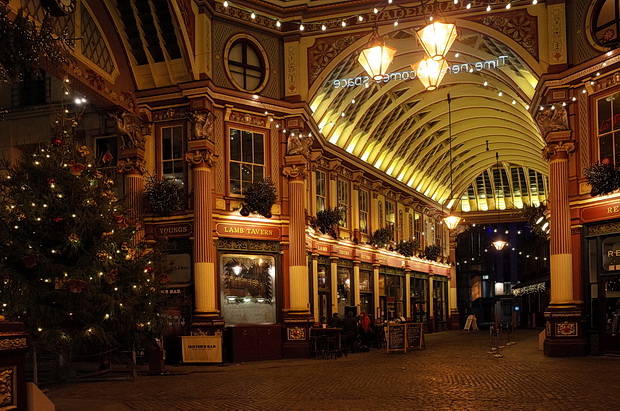 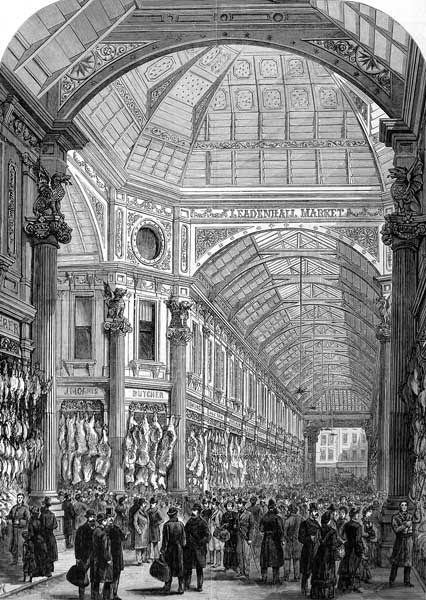 Archive illustration of the market, showing a lot of meat hanging from hooks!

“Leadenhall Market is at present the largest, and perhaps the best supplied market in Europe. It consists of three courts; the first is called the Beef Market: on Tuesdays this court is a market for leather; on Thursdays, for baize and wool; on Fridays it is a market for hides; and on Saturdays, for beef. The second court is still called the Green Yard and is now a market for veal, mutton, lamb, etc. in the middle, and on the south and west sides, are houses and shops for fishmongers.” William Pyne, The Microcosm of London (1808) 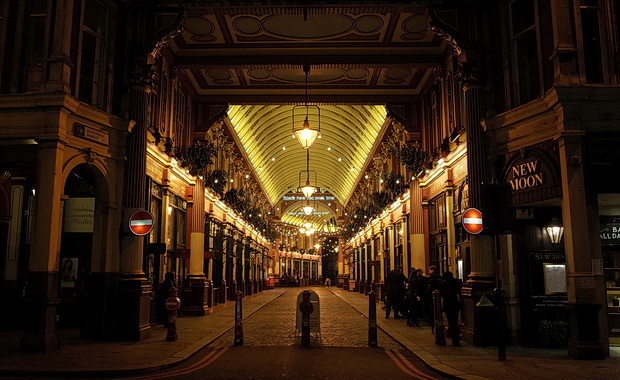 Leadenhall Market is located to the south of Leadenhall Street (Leadenhall Market, EC3V 1LR) between Gracechurch Street and Lime Street, with Bank and Monument the nearest nearest underground stations.

One Comment on “Christmas lights at London’s delightful Leadenhall Market”