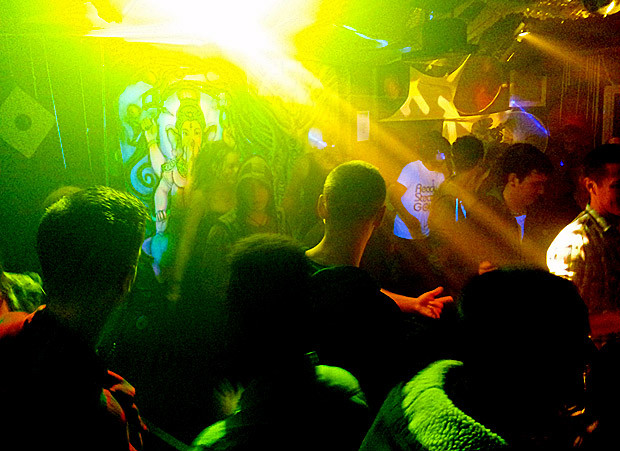 I’m really saddened by this. Club 414, one of Brixton’s longest serving family-run clubs has been closed by the police for at least a month after a shooting incident on the morning of Thursday, 7th March.

The club is renown for its hard house/trance/techno nights, and has to be one of the most trouble-free venues in Brixton.

Trouble occurred after the venue was hired for a private reggae party, and at 4am, a fight broke out on the dancefloor, leading to one of the promoters being shot twice. Police are now investigating the incident.

While this this is clearly a horrifying incident, it does seem very harsh to force the indefinite closure of the entire venue.

This is not a rough house where trouble breaks out all the time – in fact, it’s one of the fluffiest venues I can think of – so I urge the police to reconsider their decision.

Read more on BrixtonBuzz and please add your own comments of support there.

A night at the 414 Club in Coldharbour Lane, Brixton