A new project called Bomb Sight has produced an interactive website that maps the London WW2 bomb census data recorded between 7/10/1940 and 06/06/1941 – and it’s clear that Brixton took a bit of a hammering along with the rest of London. 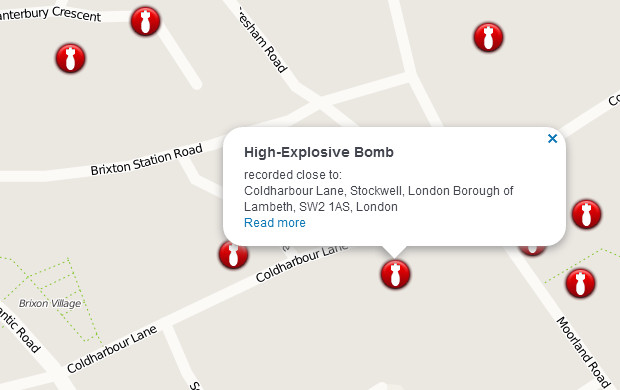 The project has scanned original 1940s bomb census maps, geo-referenced the maps and digitally captured the geographical locations of all the falling bombs recorded on the original map.

The website lets you search or zoom into areas on a London map, with each bomb site marked by a red dot.

Clicking on the dot gives you more information about the loction and type of bomb. 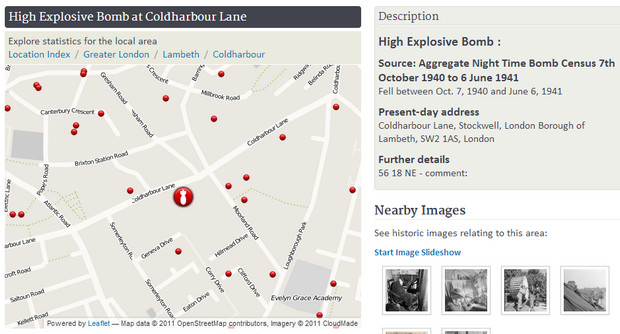 The map is designed to resize to fit any device, and there’s also an Android app that offers augmented reality views.

The project was managed by Dr Catherine Emma (Kate) Jones at the University of Portsmouth – see the full team credit here.

4 Comments on “Did your street get bombed in the war? View Brixton WW2 bombsites on this fascinating website”