Blimey. What a week. Last Saturday I went to the Windmill, Brixton for the leaving bash of two of my friends, Scott and Jo. It was a fabulous night that involved a lot of drinking, although it’s always a bit bitter sweet when your chums are leaving the country for good.

I’d prepared a special set of old time country bootstompers for Scott, but he spent most of the time lying on the floor drunk in front of the DJ booth.

His boots may not have stomped, but I’m sure I saw a few twitches… 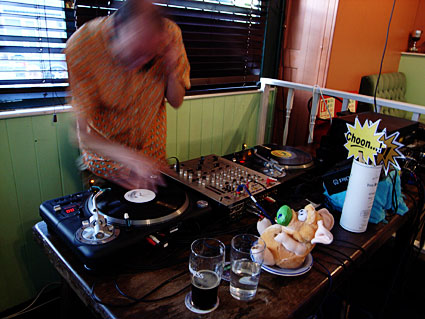 The next afternoon I was DJing at the excellent Stumbleworthy event at the Duke of Sutherland Pub, Lorrimore Road, SE17.

I was still nursing a king size hangover, so all those buttons on the mixer confused me for quite a while, but I stayed on for a drink with some urbanites.

The Sutherland is a great, old-school boozer with cheap beer, pool table, Caribbean Soul food, board-games and a beer-garden. Well worth a visit. 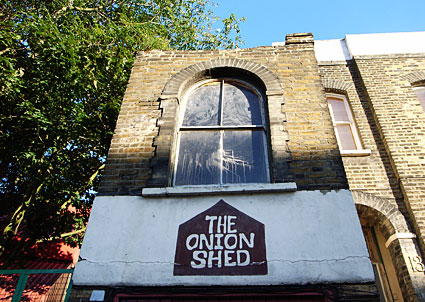 On my beer-exuding walk over to the venue, I noticed this unusual sign, and posted up a page about it.

Thanks to the folks on the urban75 boards, I discovered the background to its unusual name:

“It’s called the Onion Shed because until the early 1980’s it was used by a group of Breton Onion sellers. You used to see them cycling round south London with their bicycles heavily laden with strings of onions and garlic. If I missed them in the street I would call round and buy my onions from the shed, where they would be stringing then together. I always suspected that they slept in the loft, although it was all fairly derelict.” 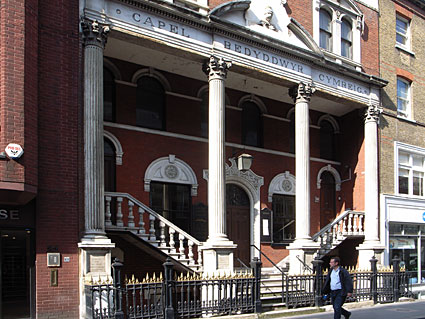 I’ve finally made a start on the Brixton section and have posted up an all-new homepage which I think looks loads better. 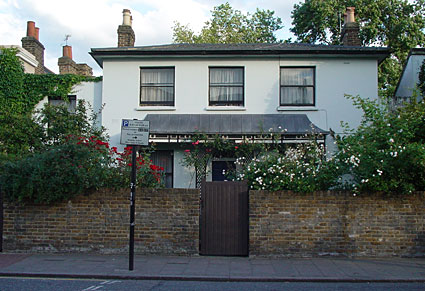 I’ve posted up a piece about Brixton Water Lane which has some beautiful Regency and early Victorian villas, as well as a dark secret: MYSTERIOUS MURDER IN BRIXTON, May 1900

Drinking in Brixton: Dogstar, Albert, Windmill and the Grosvenor

Photographing protests in the UK