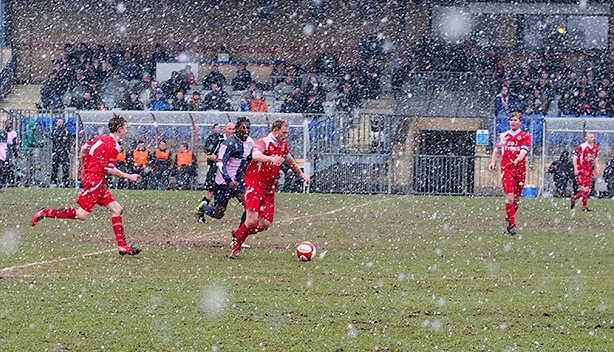 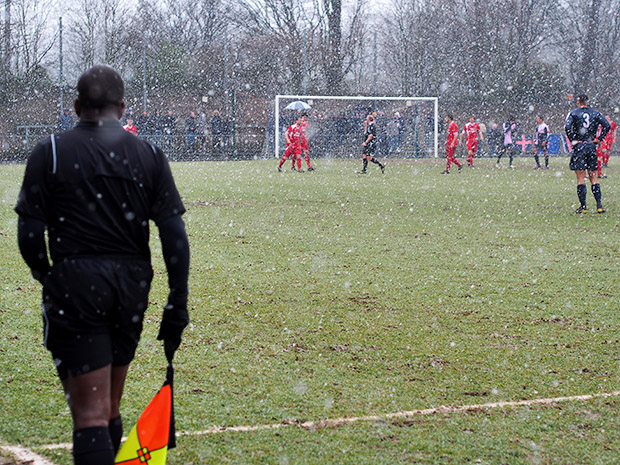 The first half was a dowdy affair, as both teams struggled to get going on the heavy pitch. 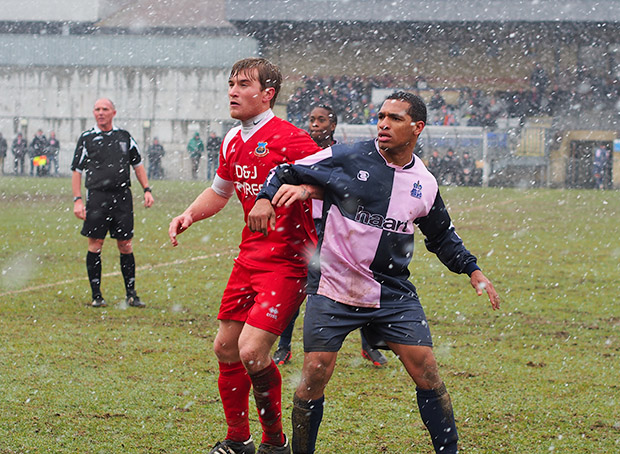 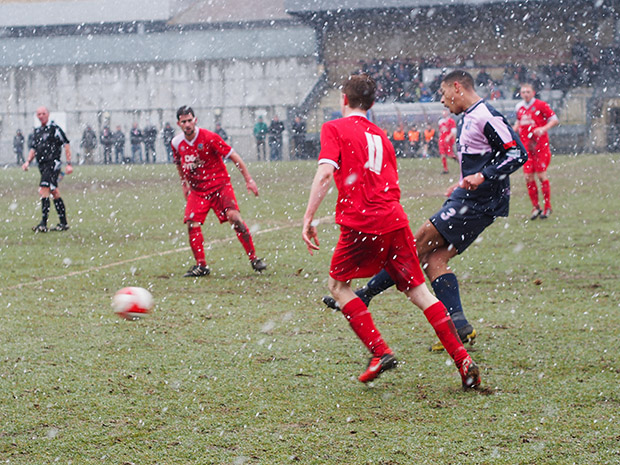 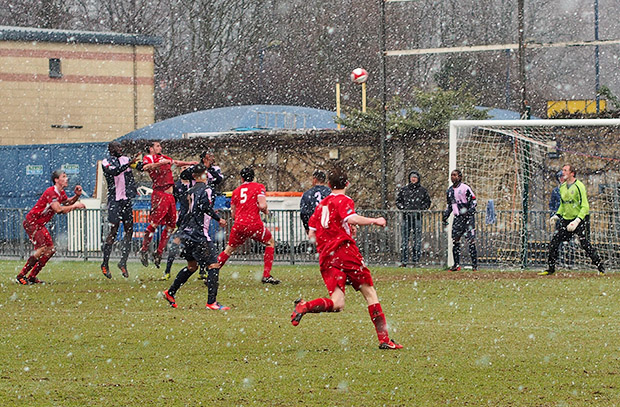 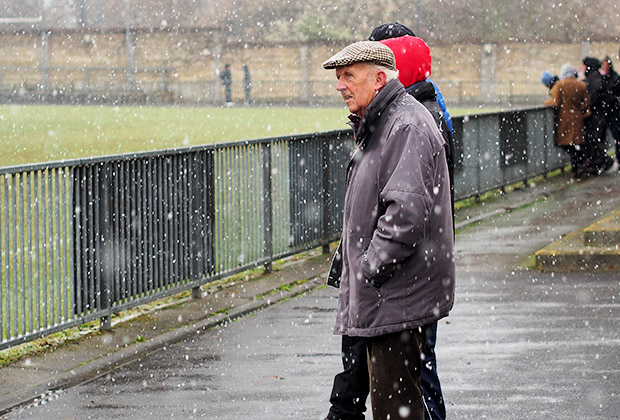 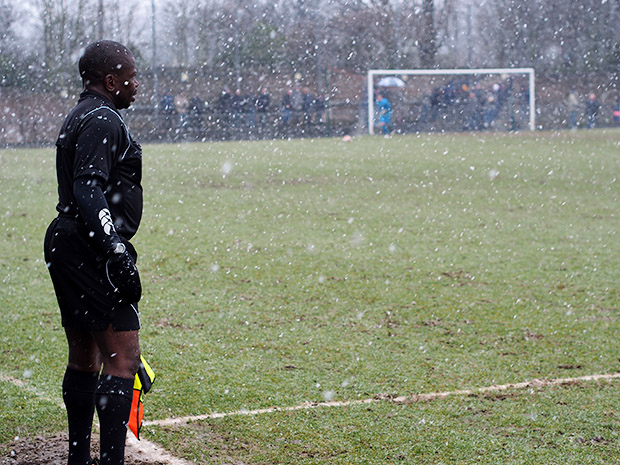 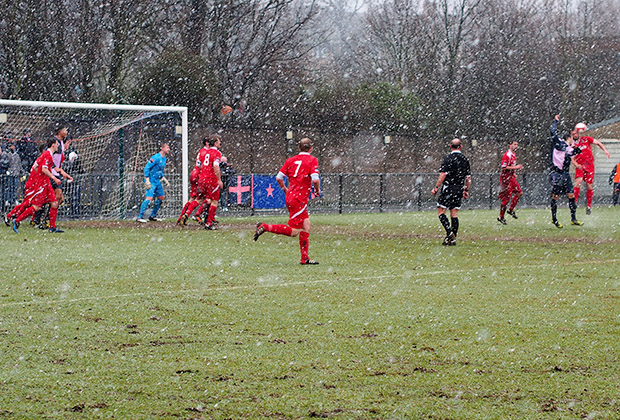 The first half ended 0-0, with neither team managing to dominate the game.

Some of us started to harbour doubts that Hamlet would be able to get a result out of this game, as Whitstable were proving a stubborn team, and were capable of putting together some useful breaks. 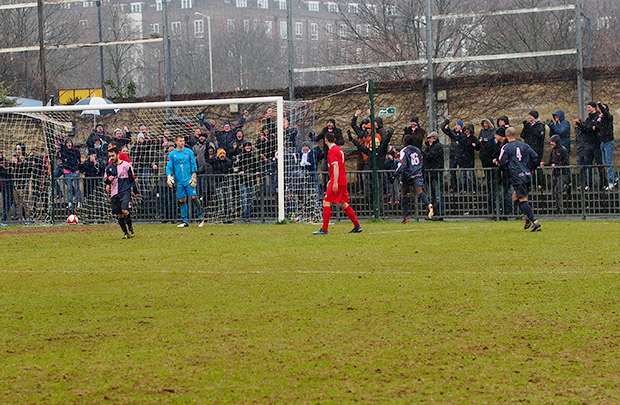 With the snow abating, Hamlet took control in the second half, scoring in the 55th minute after Nyren Clunis delivered a thundering 25 strike. 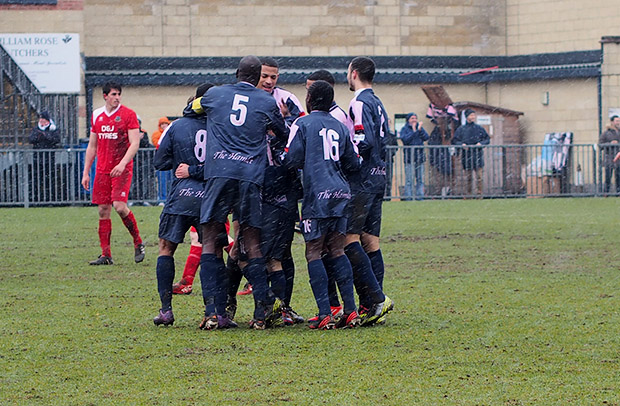 From then on it was all Hamlet, who took control of the game and never looked like conceding.  Three minutes later Daniel Carr netted the second goal. 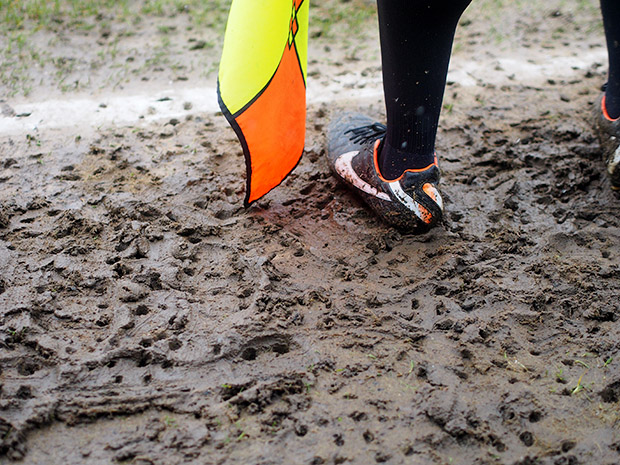 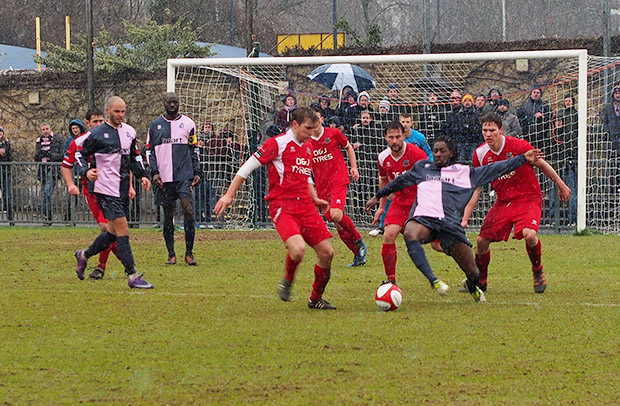 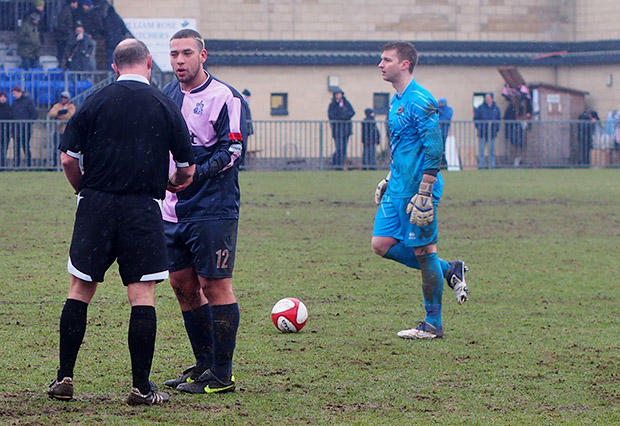 The ref has a word with ‘The Beast.’ 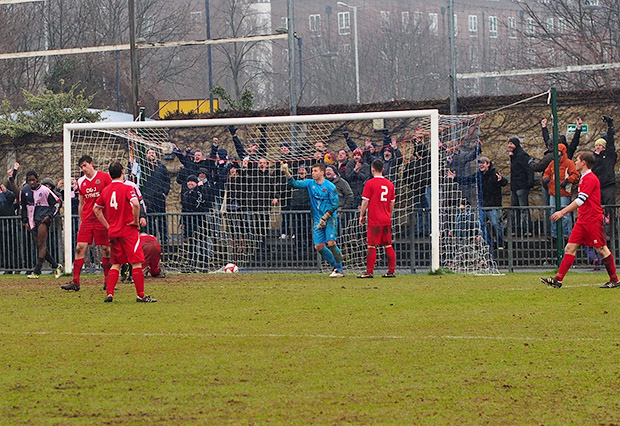 Xavier Vidal made it 3-0 in the 79th minute, setting up the top of the table clash on Tuesday against Maidstone. 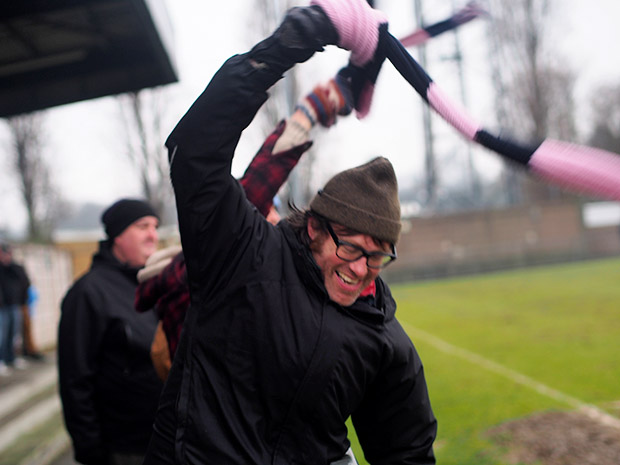 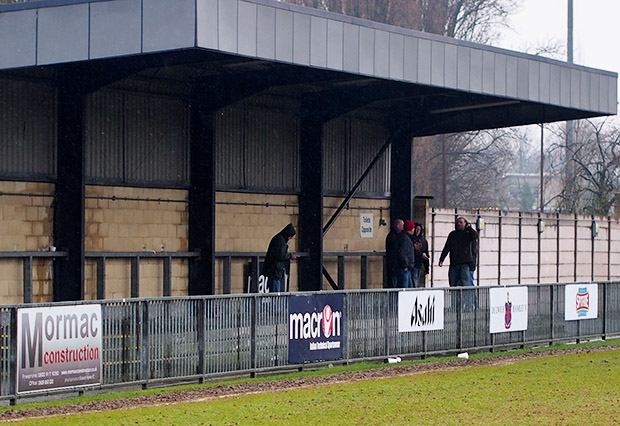 This hardy band of Whitstable supporters did their best to cheer on their team, even if their set list of songs was extremely limited.