There was a veritable goal fest at Champion Hill on Saturday as Dulwich Hamlet thumped basement strugglers Walton Casuals 5-0 to go top of the table. 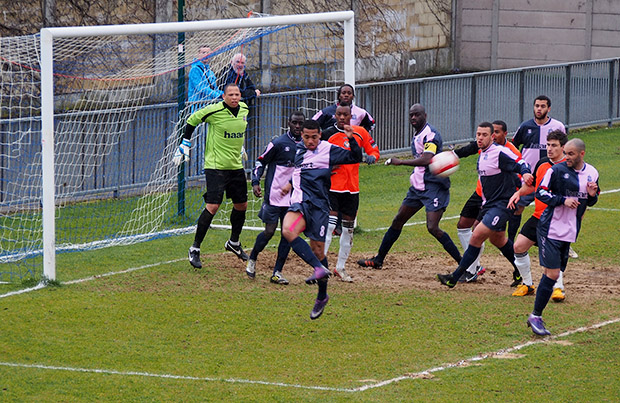 Despite their lowly position, Walton started strongly, hitting the post in the 8th minute.

Dulwich quickly recovered and took the lead in the 19th minute, courtesy of an Ellis Green goal.

The scoreline was doubled in Hamlet’s favour just four minutes later, with Erhun Oztumer converting from the penalty spot. 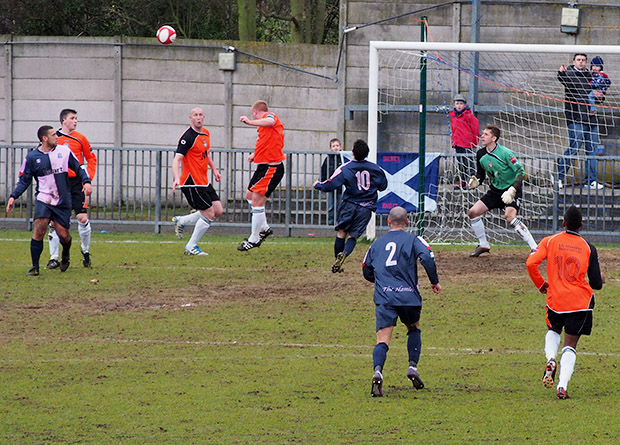 As the rain poured down, Hamlet continued to dominate the game. 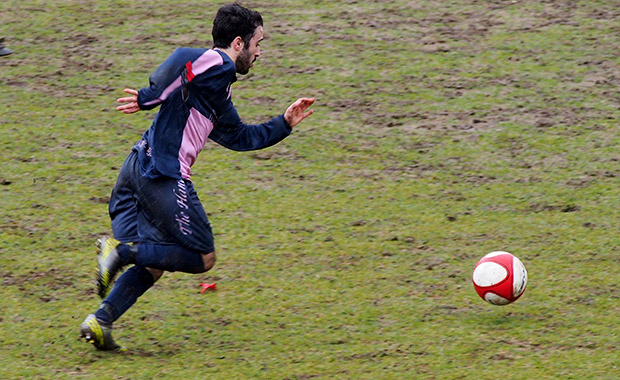 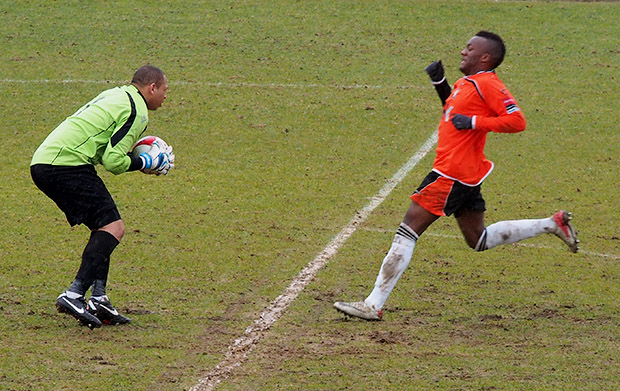 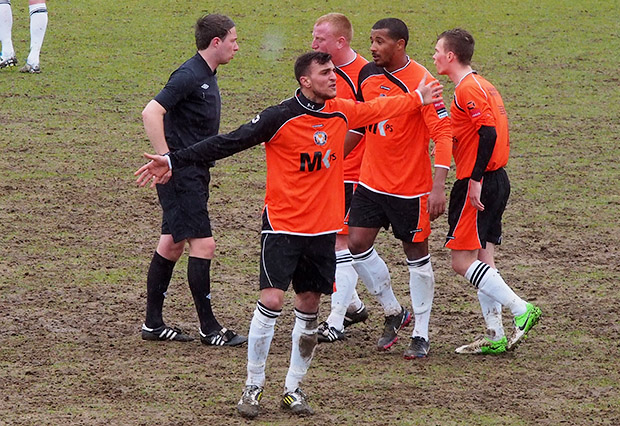 Walton’s frustration grew as the game wore on, and the fouls were coming thick and fast. 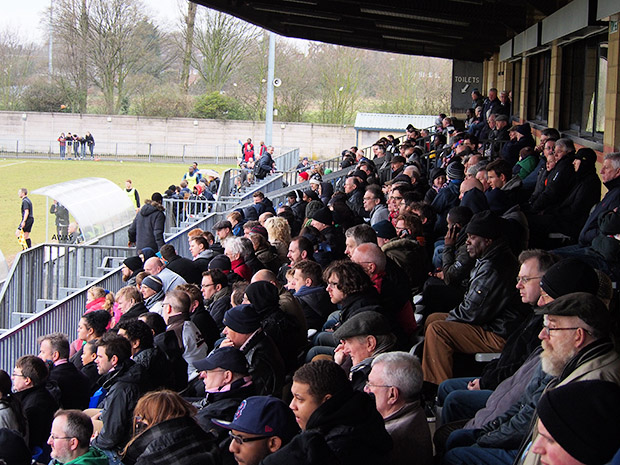 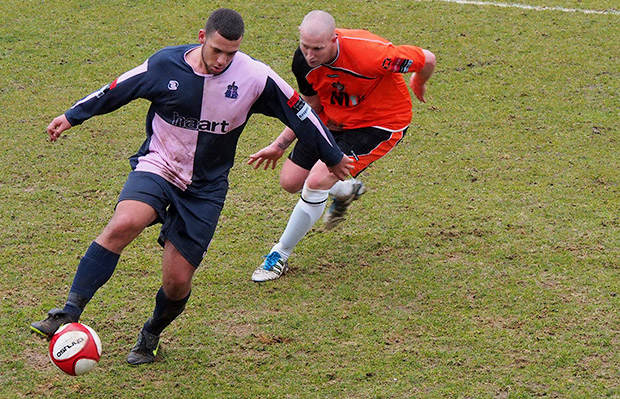 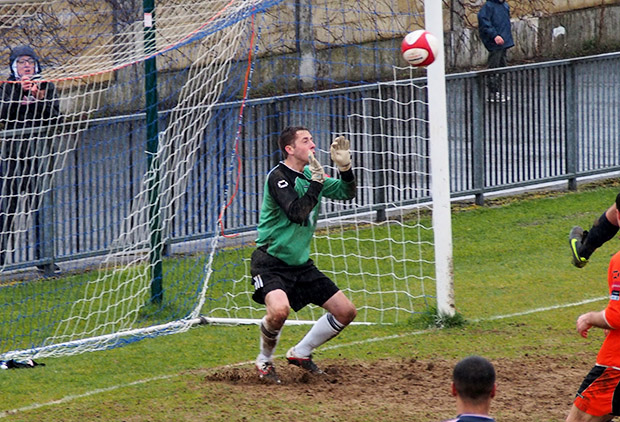 The game was effectively over for Walton in the 63rd minute after Connor French powered a header past the keeper to make it 3-0. 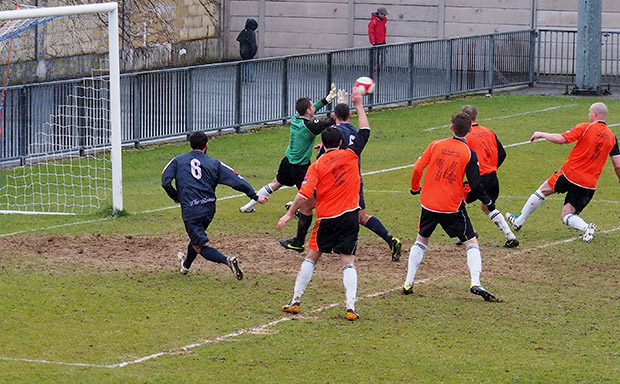 Hamlet kept up the pressure. 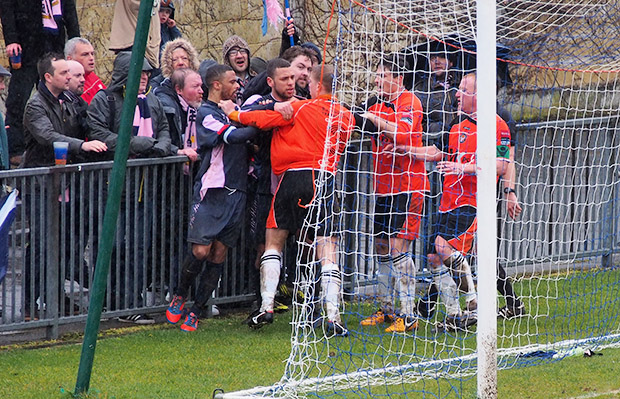 A little bit of argy bargy behind the Walton goal. 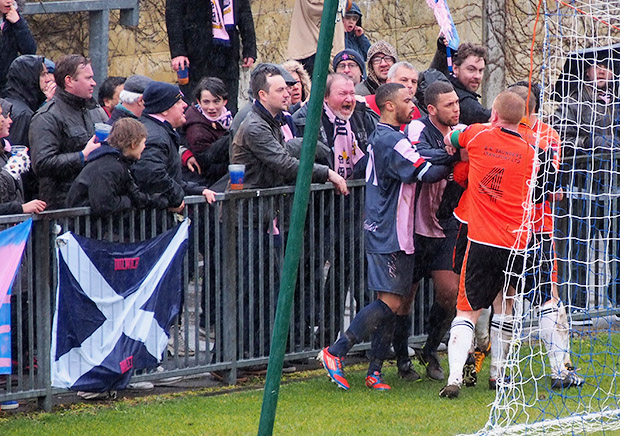 A frank exchange of views being expressed from some of the Hamlet crowd. 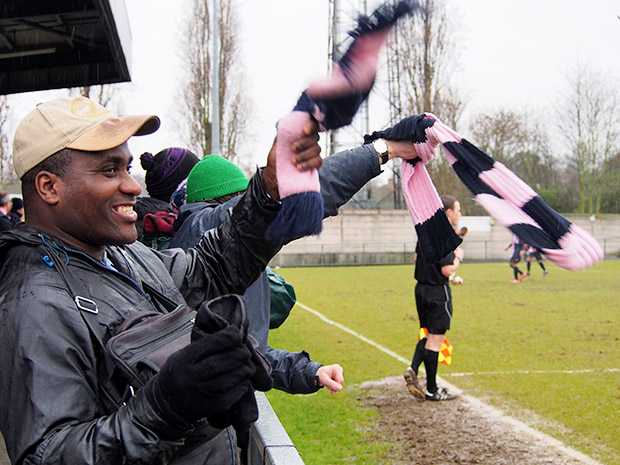 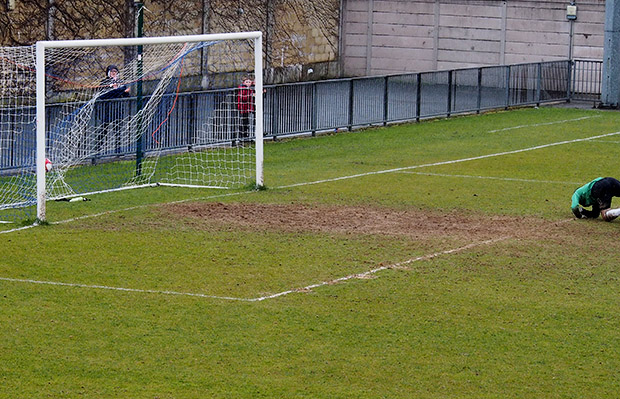 The scoreline ratcheted up to 4-0 in the 72nd minute after Connor French slammed the ball into the Walton onion bag. 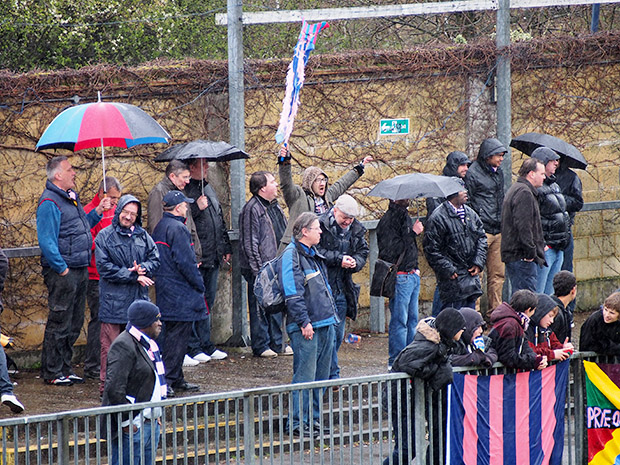 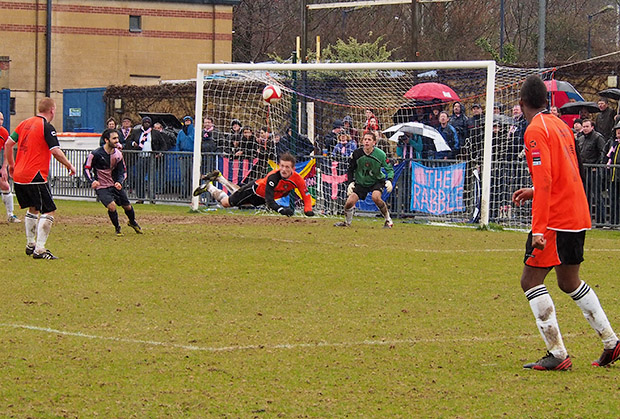 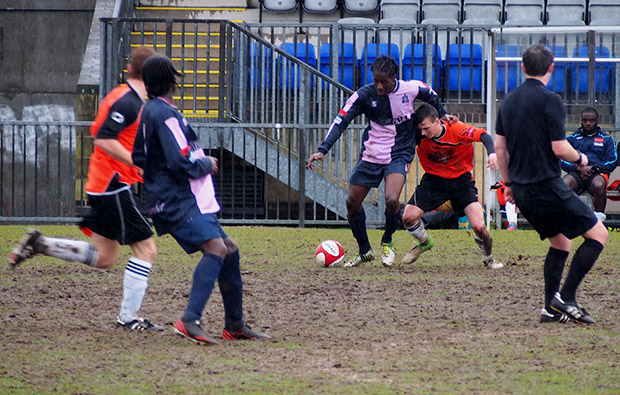 The pitch grew heavy in the rainy conditions. 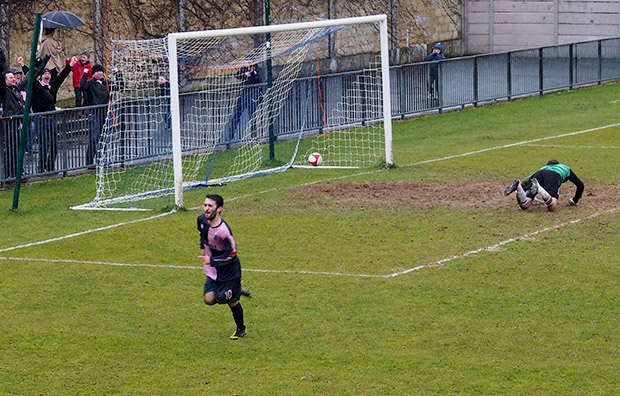 A lovely bit of skill saw Erhun Oztumer fire past the Casuals keeper and put Hamlet 5-0 up in the 76th minute. 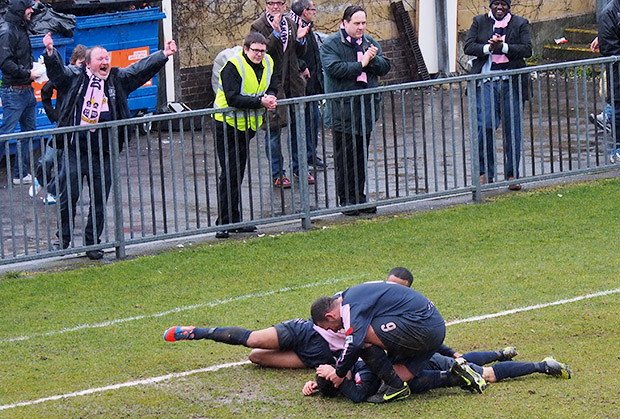 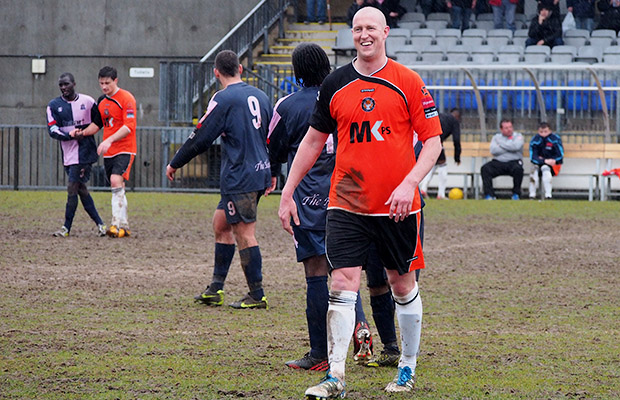 Walton’s no 5 was easily the angriest man on the pitch but he seemed to have calmed down come the final whistle.

With rivals Maidstone losing at home, Hamlet now sit on top of the table, three points ahead and with a game in hand.

Their next game is at Leatherhead on Tuesday – come along and support the boys!