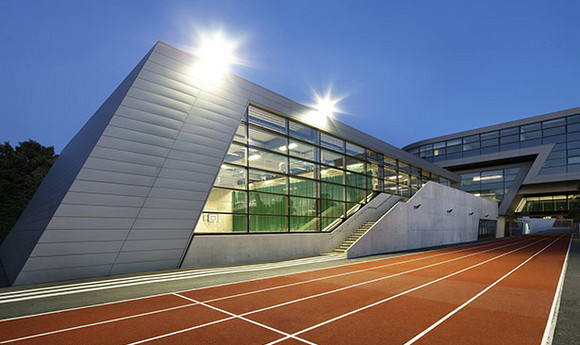 The striking Evelyn Grace Academy on Shakespeare Road in Brixton has just been announced as the winner of the coveted Stirling prize for 2011. 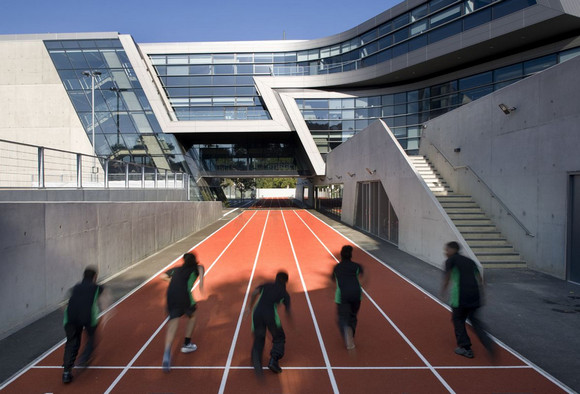 Designed by noted architect Zaha Hadid, the Academy sports a distinctive Z-shaped steel profile with a running track charging straight through the middle. I think it’s rather a lovely design.

Angela Brady, president of the Royal Institute of British Architects ladelled on the praise, describing the building as, “a highly imaginative, exciting academy that shows the students, staff and local residents that they are valued.” 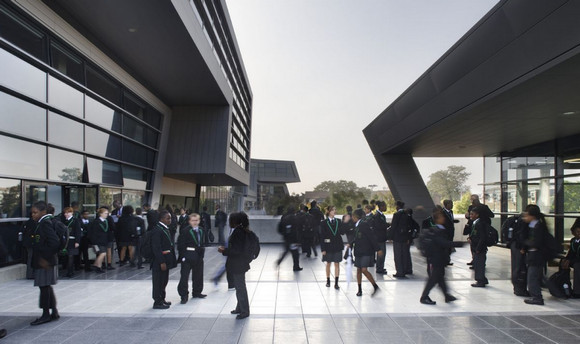 Although many had expected the Olympic Velodrome to win this year’s prize, the award makes it two in a row for Hadid who also scooped last year’s prize for MAXXI, a contemporary art museum in Rome.

Here’s how the RIBA awards site describes the Academy:

Evelyn Grace had a complex brief: four schools under a single academy umbrella and the consequent dichotomy of having to express both independence and unity.

Curiously for a school whose speciality is sport, the site lacks any opportunity for significant outdoor sport but the architects have responded with guile and intelligence. The project is distinguished by its planning not its form of expression; its saltire plan solving the multiple demands of site and usage in a manner that seems effortless.

Internally the academy is a functional modern school, with occasional spatial moments as reminders that this is real architecture, though not in any way at the expense of utility or value. And it makes kids run to get into school in the morning – what free school is going to do that?;

Brixton Windmill gets its sails back, reopens to public May 2011