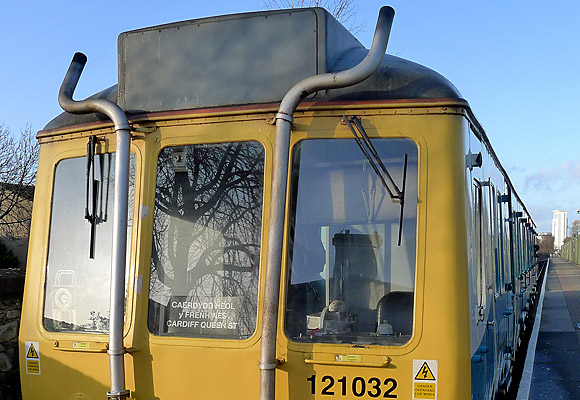 Still to be seen ferrying folks along the short stretch of track from Cardiff Queen Street station down to Cardiff Bay is this 1960 vintage, Class 121 diesel multiple unit, number 121032. 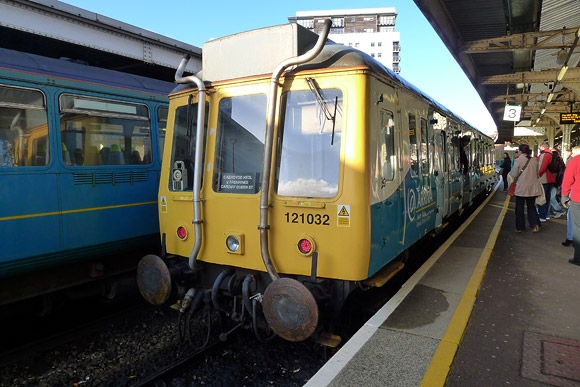 Nicknamed “bubble cars” for some unfathomable reason or another, sixteen Class 121 single-car driving motor vehicles were built from 1960, and these could rattle along at a top speed of 70 mph.

Sporting slam-doors, vacuum brakes and two large exhaust pipes on the one end, the diesel unit serving the Cardiff Bay line is one of the very last still in revenue-making service. 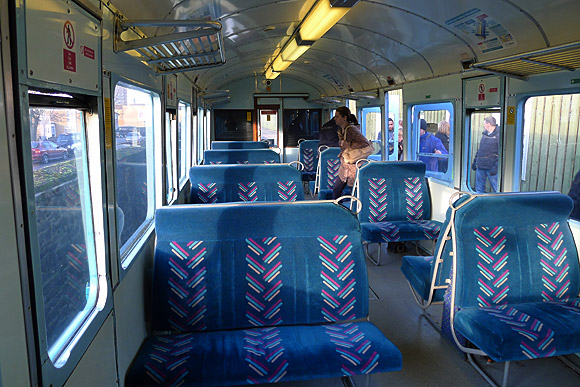 A look inside the ‘Bubblecar’ as it stands at Cardiff Bay station. Note the positively spacious seating arrangements compared to modern “pack ’em in” carriages. 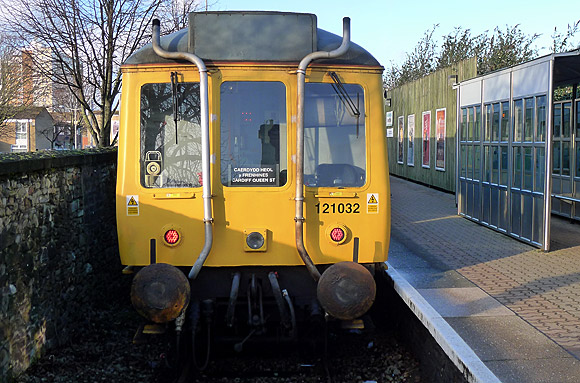 The Class 121s came with distinctive twin exhaust pipes, which were curved at the top to fit around a large four-digit route headcode indicator box above the driver’s cab.

After the system was abandoned in the 1970s, the indicators were covered up by a black metal plate, which look a bit rubbish. 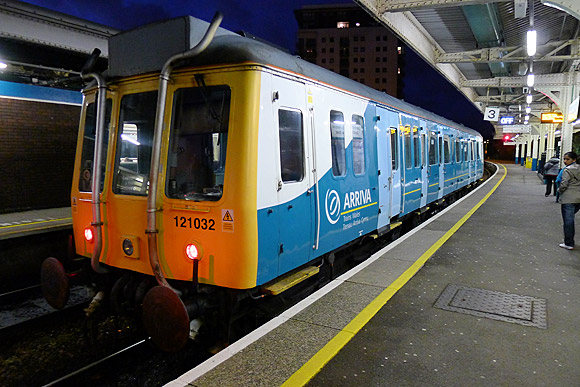 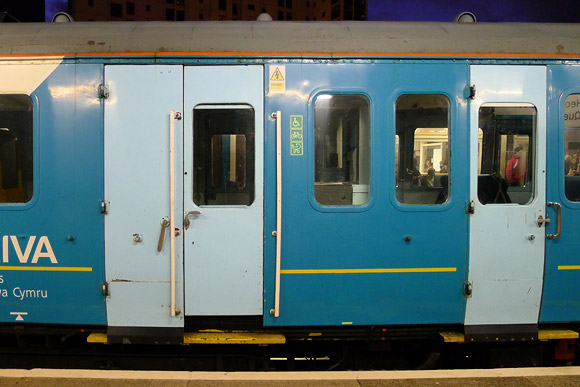 Love the old-fashioned slam doors with pull down windows! 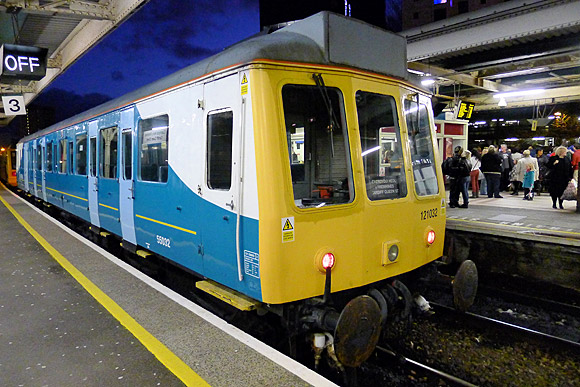 A view of the ‘non-exhaust’ end of the train as it stands at Cardiff Queen Street. 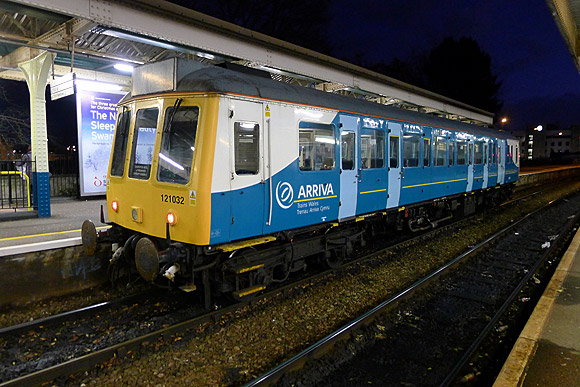 More railways, locos and abandoned stations on my railway section.