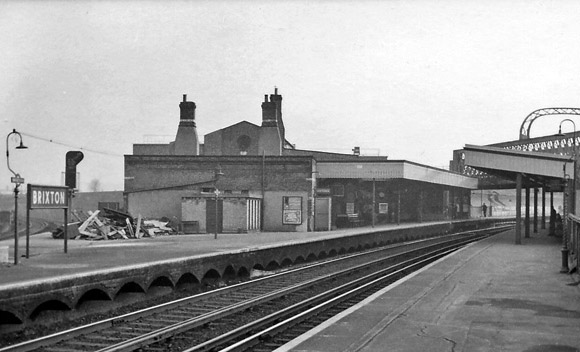 Pictured above is Brixton Railway Station, photographed on 11th December 1960.

The tracks to the left run to Loughborough Junction, while the tracks nearest the camera are on the London Victoria to Orpington line.

Opened in 1862 by the London, Chatham and Dover Railway (LC&DR) and originally called ‘Brixton and South Stockwell’, the station once offered an extensive  set of connections.

Passengers on the high level station could enjoy services to Moorgate to London Victoria via Holborn Viaduct railway station, Camberwell New Road and Brixton and South Stockwell to Grosvenor Road. 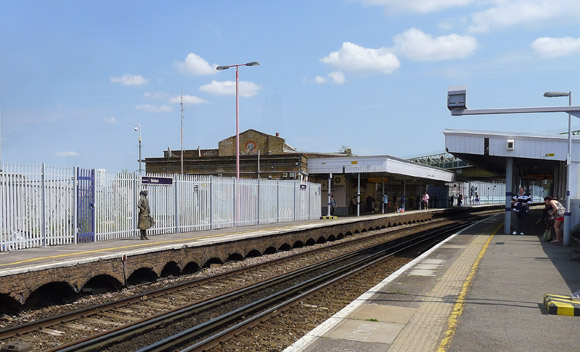 A similar view from June 2011 shows that much of the station remains intact, although a ton of ugly metal fencing has sprung up on the Orpington platform. The overhead bridge has been replaced, and the station building chimneys have vanished.

As is the fashion, the large, easily read station sign has been replaced by little squinty signs that are just about impossible to read from a passing train.

See how the station looked in this 1950 video. 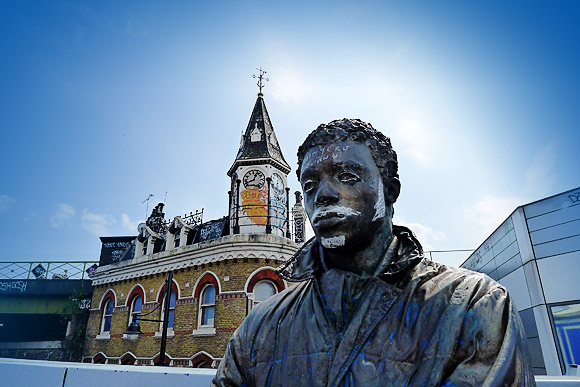 In 1986, three bronze statues were installed on the station and these continue to enjoy regular artistic additions.

The map above shows the routes available in 1914 – note the lost station of East Brixton. Click on the map for a larger version.