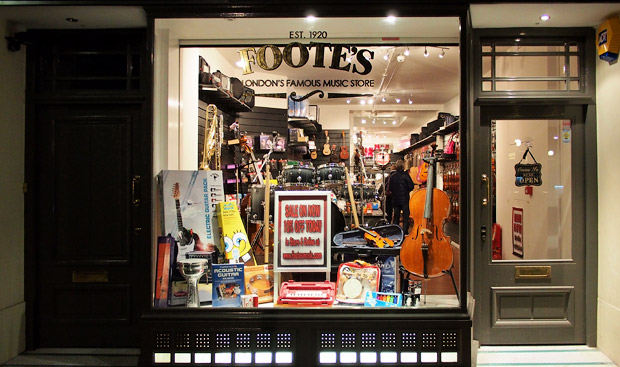 It was feared that London had lost one of its oldest music retailers when Foote’s Soho drum store closed last year, but the good news is that the store is back in a new location. Huzzah! 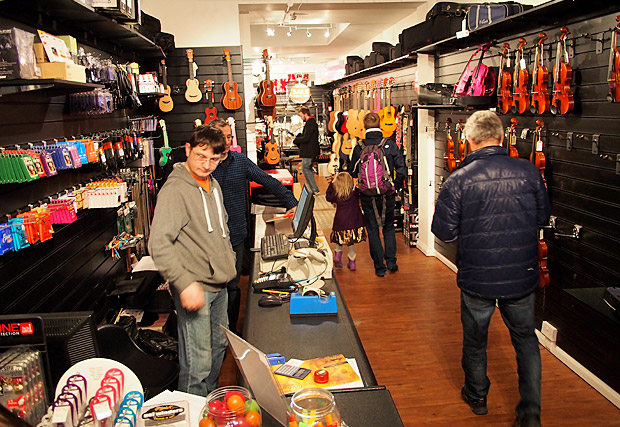 Now relocated to 41 Store Street (off Tottenham Court Road), the new, two-floor space packs in a shedload of drums, percussion, gongs, cowbells, cymbals and just about anything else you’d want to hit (David Cameron excepted), as well as stocking some guitars, violins, ukuleles and other unhittable things. 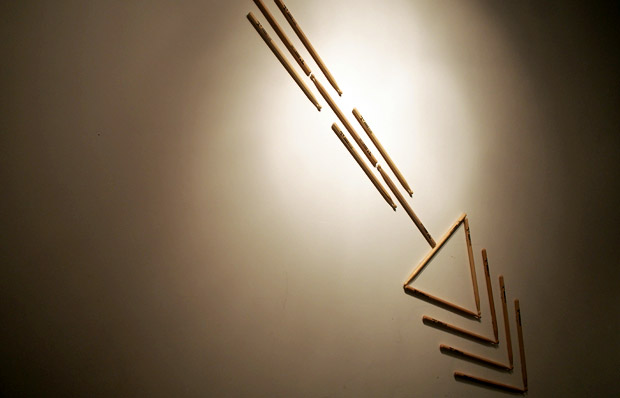 Neatly signposted with this artistic array of drumsticks, the downstairs part of the shop is stuffed to the brim with vast mountains of drums and percussion. Lovely! 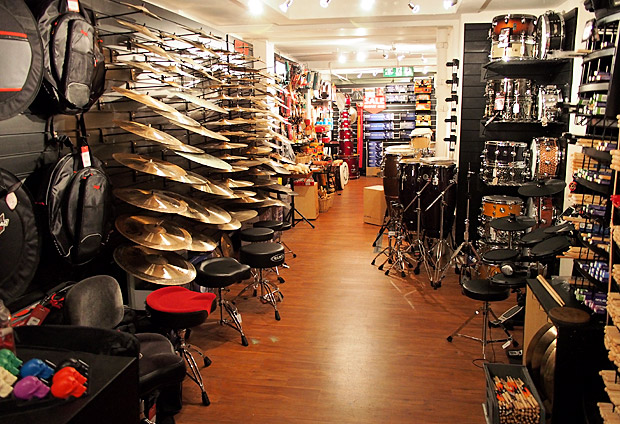 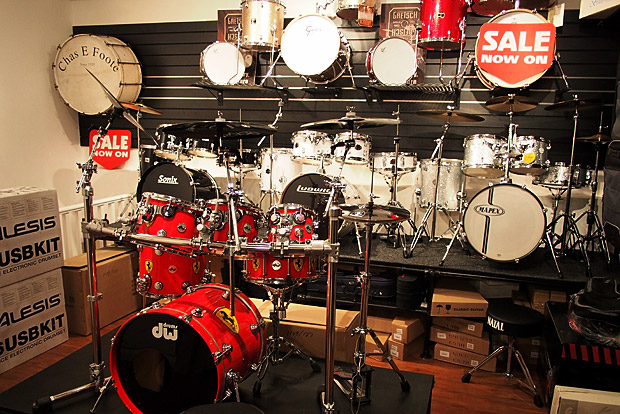 The store owes its survival to Pink Floyd drummer Nick Mason, who teamed up long-time sales director, Rob Wilson, to buy out the family who had owned the business since the 1930s.

Mason bought his first drum kit from the shop, as he  told MI-Pro.co.uk:

After 40 something years of playing, I still have great affection for a real drum shop. And Foote’s has a special significance for me. In 1958, I headed down to the West End of London to a basement in Denman Street where a kindly man called Sid, in a white coat (maybe that’s significant as well) sold me my original kit for £7.50. 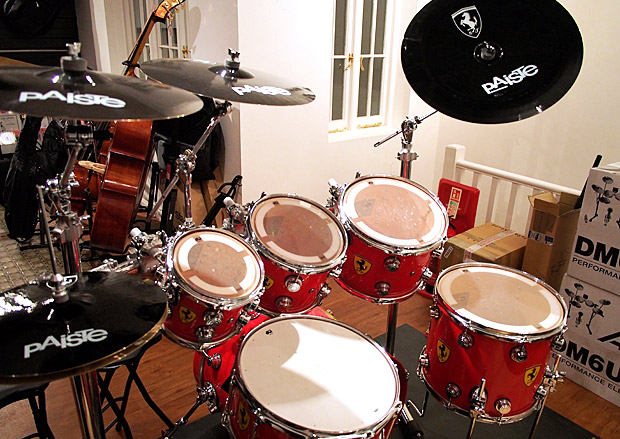 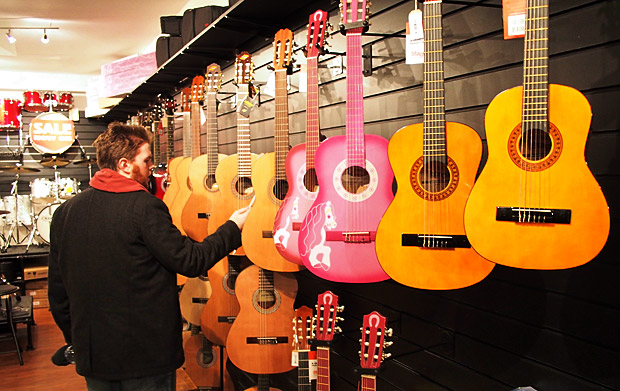 Naturally, we recommend all drummers hotfoot it to this Aladdin’s cave of a music store – and if all those lovely drums weren’t enough, there’s a fantastic coffee shop just a few doors down!