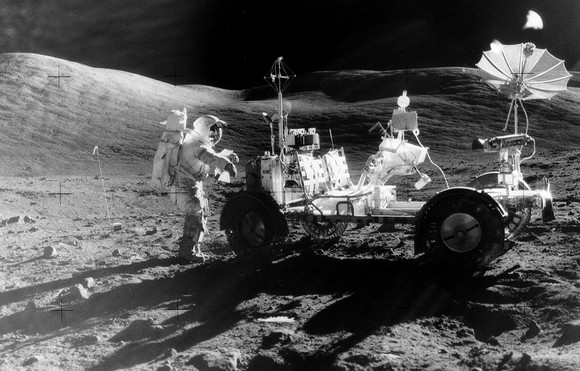 It seems remarkable that the first drive across the surface of the Moon happened 40 years ago, when the Lunar Roving Vehicle, or LRV, was taken for a spin across the the Moon’s surface in July 1971. 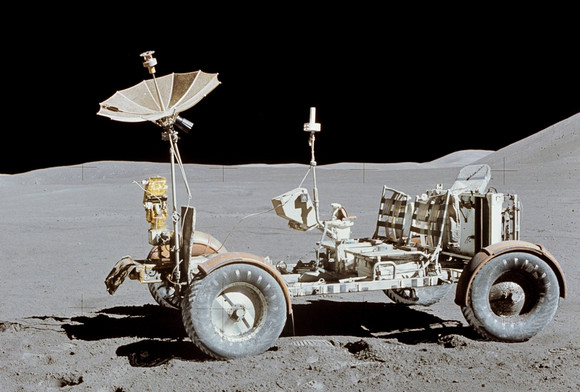 Developed by NASA in only 17 months and costing $38 million, the Rover was light and compact, weighing only 460 pounds, and could travel at 8mph on the lunar soil.

Here’s the technical description from Wikipedia:

The frame was made of aluminum alloy 2219 tubing welded assemblies and consisted of a three-part chassis which was hinged in the center so it could be folded up and hung in the Lunar Module quad 1 bay. It had two side-by-side foldable seats made of tubular aluminum with nylon webbing and aluminum floor panels. An armrest was mounted between the seats, and each seat had adjustable footrests and a Velcro seat belt. A large mesh dish antenna was mounted on a mast on the front center of the rover.

The suspension consisted of a double horizontal wishbone with upper and lower torsion bars and a damper unit between the chassis and upper wishbone. Fully loaded the LRV had a ground clearance of 14 inches (35 cm). 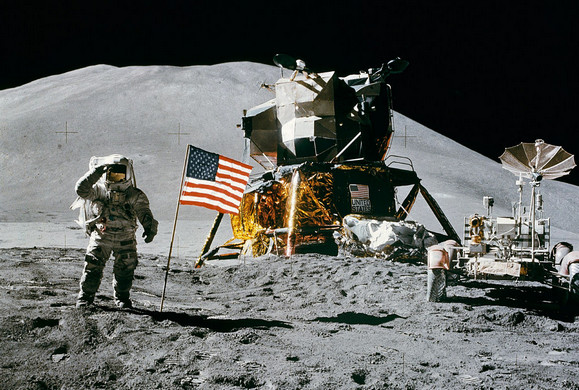 The battery powered vehicle was carried into space by Apollo 15 and ended up covering 17 miles on the Moon’s surface.

Driving on the Moon: The 40-Year Legacy of NASA’s First Lunar Car

History of the Rover [PDF]