Today I attended the G20 protests in the City of London.

Just like Mayday 2001, the police employed their borderline-legal tactic of forcing protesters into a cordon for many hours and depriving them of food, water or toilet facilities.

Throughout the day, the policing was aggressive, disproportionate and needlessly provocative. We were lucky to get away around 3pm, dodging an advancing baton charge by riot police and dashing up an alleyway to escape.

We walked over to the Climate Camp demo, which was probably the fluffiest protest I’ve ever seen, with a rows of tents filling the streets, a canteen, compost loo and drummers. It was delightfully relaxed and mellow.

Today was some of the worst policing I’ve ever seen at a UK demo.

Here’s some photos from the day: 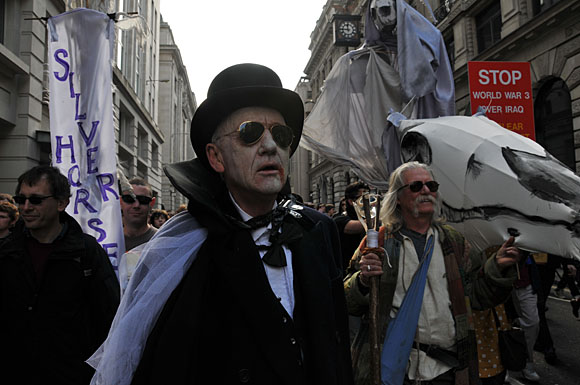 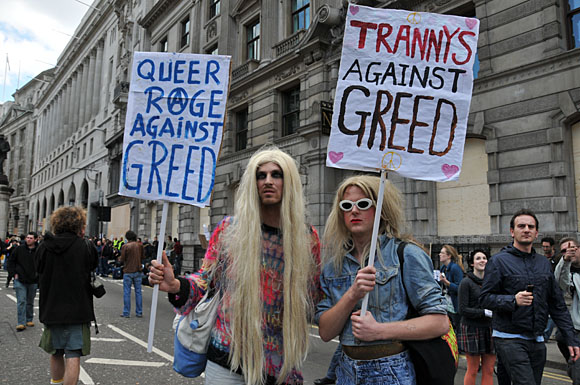 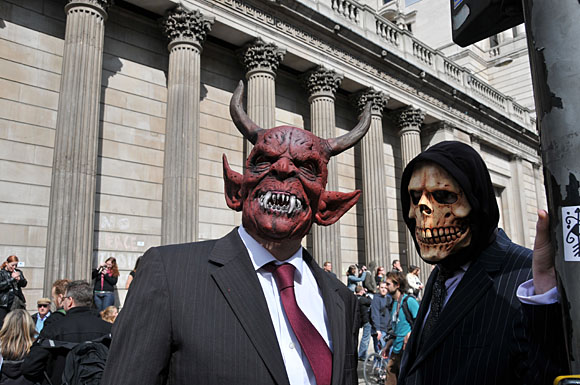 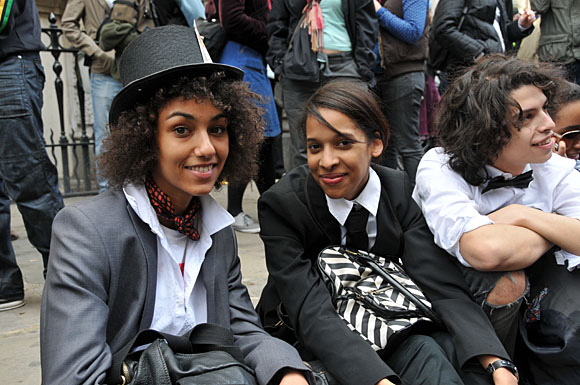 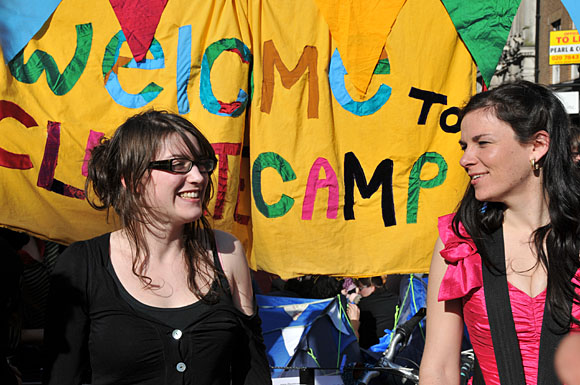 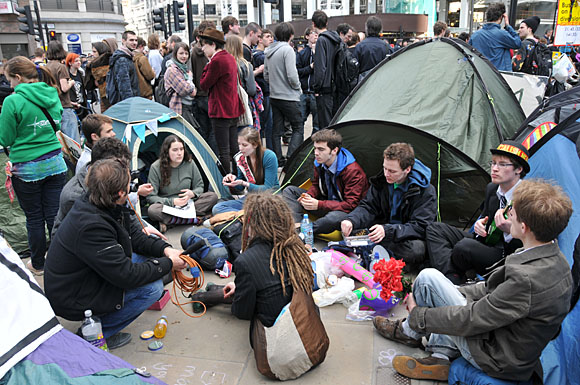 Chat about the issues on the board: urban75 G20 thread