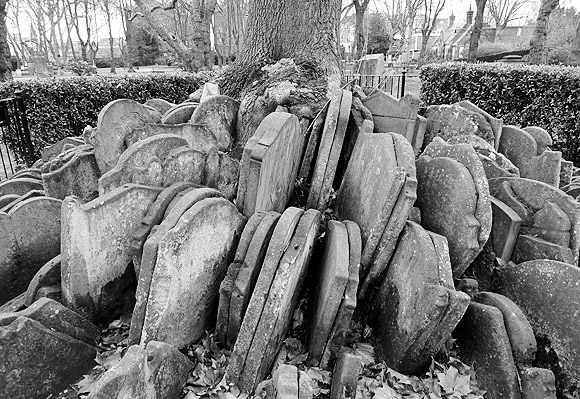 Situated a short distance north of the grand St Pancras railway station is St. Pancras Churchyard, a quiet public park that was completely deserted when I visited on a cold Saturday afternoon.

Tucked away close to the railway lines is the remarkable sight of an ash tree intertwined with rows of gravestones,  known as the Hardy Tree.

What was Hardy doing here?

A plaque next to the tree explains that the famed novelist and poet Thomas Hardy (1840-1928) studied architecture in London from 1862-67 under the Gothic supremo Arthur Blomfield before moving on to full time writing. 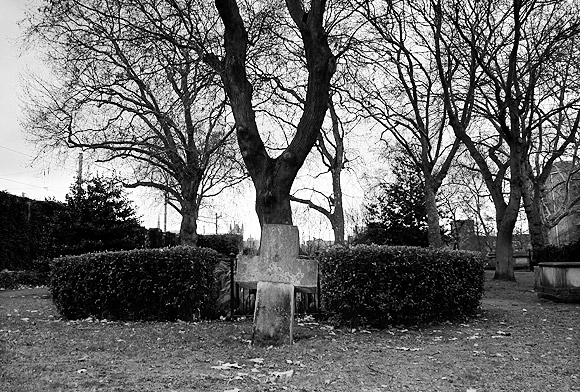 During the 1860s the Midland Railway line was being built over part of the original St. Pancras Churchyard. Blomfield was commissioned by the Bishop of London to supervise the proper exhumation of human remains and dismantling of tombs.

He passed this unenviable task to his protegé Thomas Hardy in. c.l865. Hardy would have spent many hours in St. Pancras Churchyard  during the construction of the railway, overseeing the careful removal of bodies and tombs from the land on which the railway was being built.

The headstones around this ashtree (Fraxinus excelsior) would have been placed here about that time. Note how the tree has since grown in amongst the stones.

A few years before Hardy’s involvement here, Charles Dickens makes reference to Old St. Pancras Churchyard in his Tale of Two Cities(1859), as the churchyard in which Roger Cly was buried and where Gerry Cruncher was known to ‘fish’ (a 19C term for tomb robbery and body snatching). 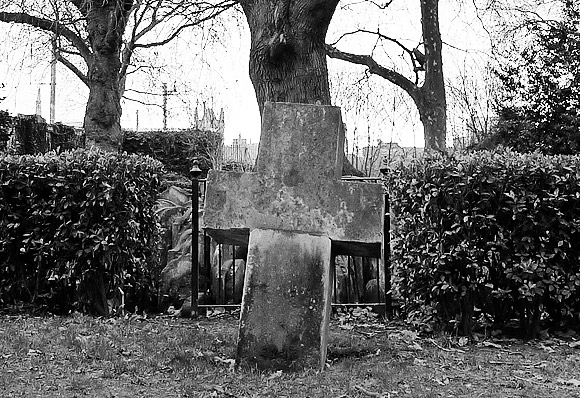 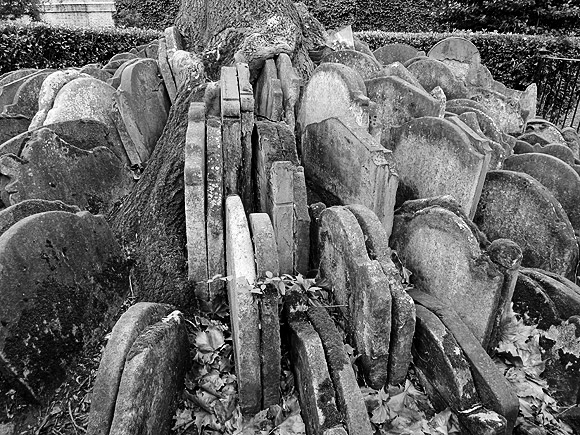 Discuss the Hardy Tree on our boards

A look inside the Crypt Gallery in St Pancras: ShoShoShow sculpture exhibition

4 Comments on “Gravestones in a tree – the Hardy Tree, St Pancras Churchyard”