On a breezy April afternoon, I paid a visit to the small and picturesque town of Needham Market, located some nine miles north of Ipswich in south east England. 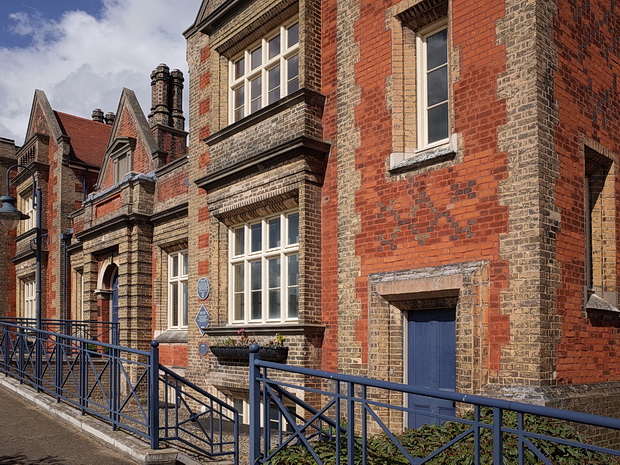 Arriving at the Grade II listed station is a real pleasure. Although it’s no longer used by the railway, it’s a wonderful survivor of the Victorian steam age, constructed in the grand Jacobean style with decorative brickwork.

Built in 1846 to the designs of architect Frederick Barnes, the station has been described as “one of the best in East Anglia” and survived closure in 1967 after reopening in 1971. [—] 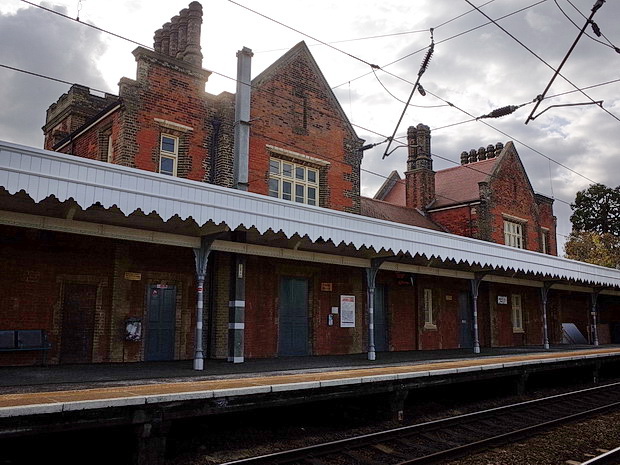 The building was restored in 2000, and won an award in the 2002 National Railway Heritage Awards. 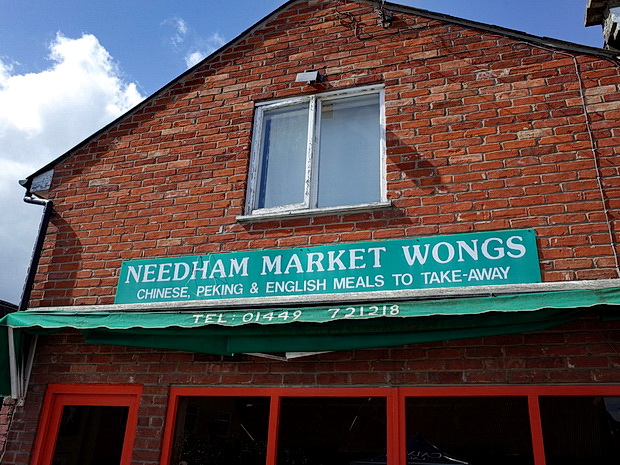 Needham Market Wongs caters to a wide range of tastes. 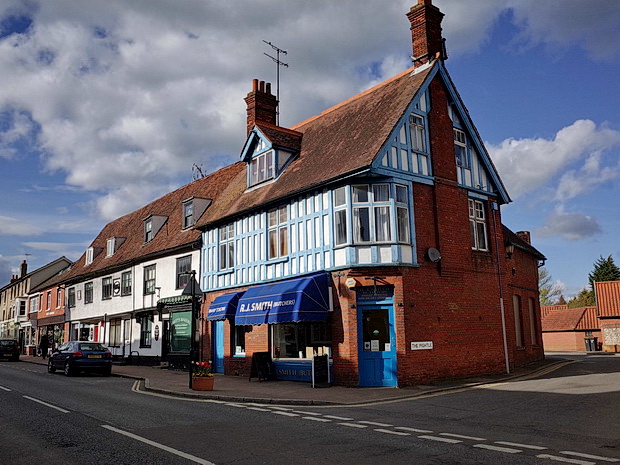 Needham grew up around the wool combing industry until the onset of the plague, which swept the town from 1663 to 1665.

Wikipedia recalls the town’s macabre past:

To prevent the spread of the disease, the town was chained at either end, which succeeded in its task but at the cost of two-thirds of the populace.

The town did not recover for nearly two hundred years, with the canalisation of the River Gipping in the late 18th Century and the introduction of the railway.

Modern Needham Market contains two road names that are linked to the plague. Chainhouse Road, named after the chains that ran across the East end of the town.

The Causeway, is a modern variation of ‘the corpseway’ so called because of the route that plague victims were transported out of town, to neighbouring Barking church for interment. 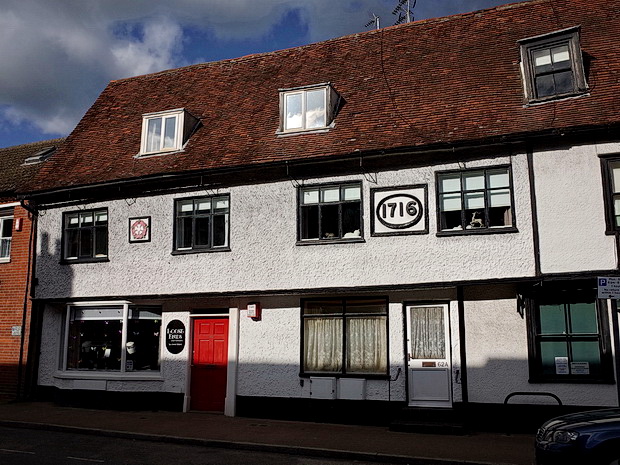 There’s plenty of attractive architecture to be found around the small town (pop: 4,574). 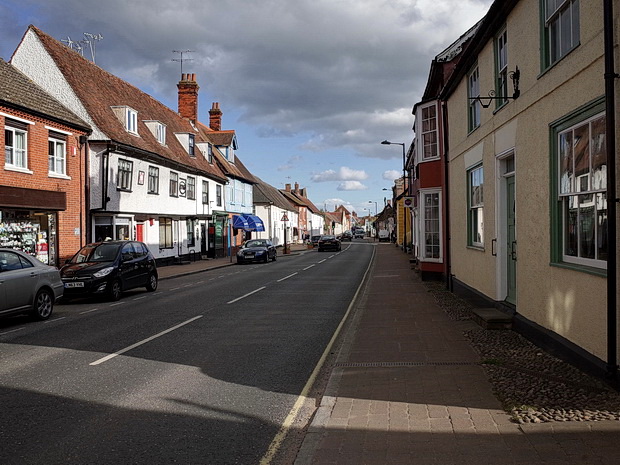 A look along the High Street. 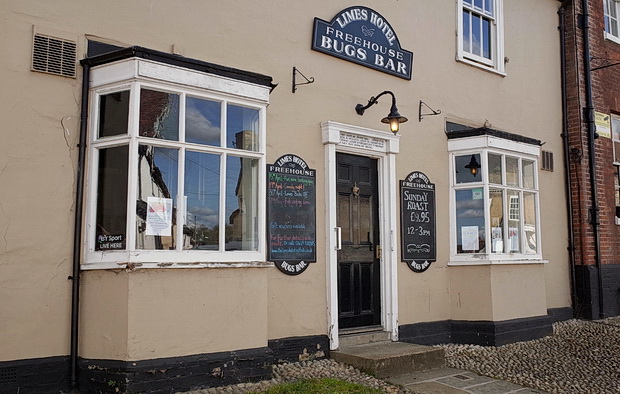 The Grade II listed Bugs Bar is part of the mediaeval Limes Hotel. 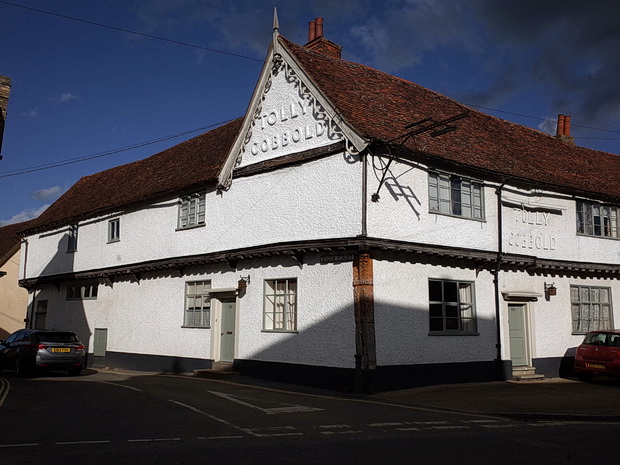 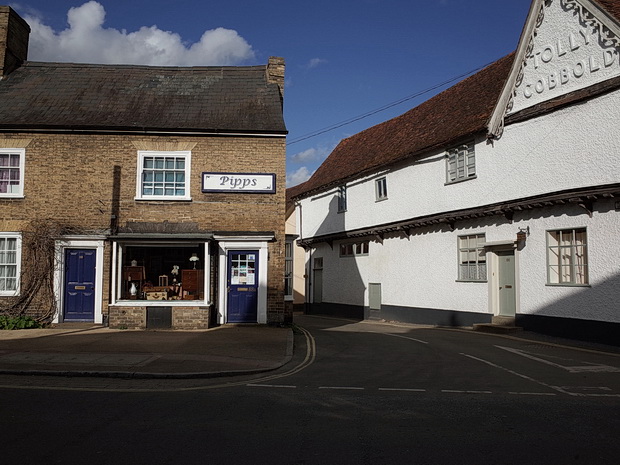 Tolly Cobbold is a former brewing company, with strong roots in Suffolk. The original Cobbold brewery was founded in Harwich, Essex in 1723 and in 1746 the Cobbold Cliff Brewery was founded, at Cliff Lane, Ipswich. 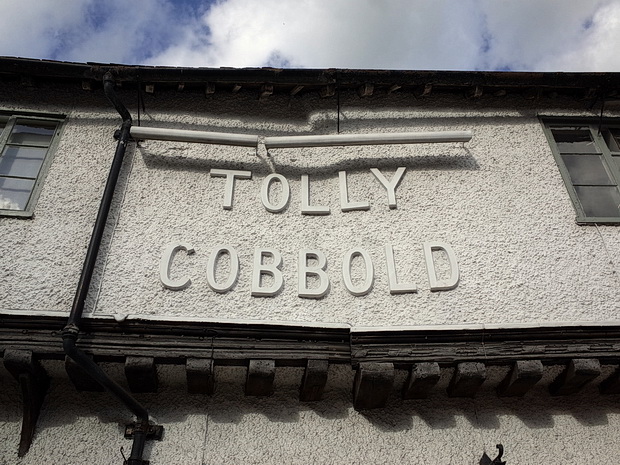 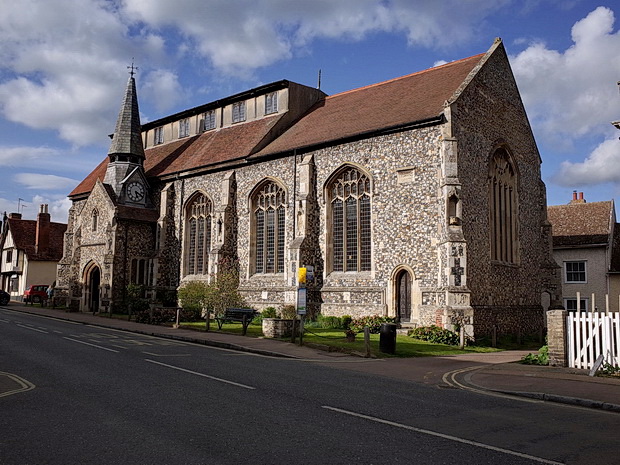 The 15th century parish church, the church of St. John the Baptist, originally a chapel of ease for the parish of Barking, which features a unique double-hammerbeam roof. Read about its history here. 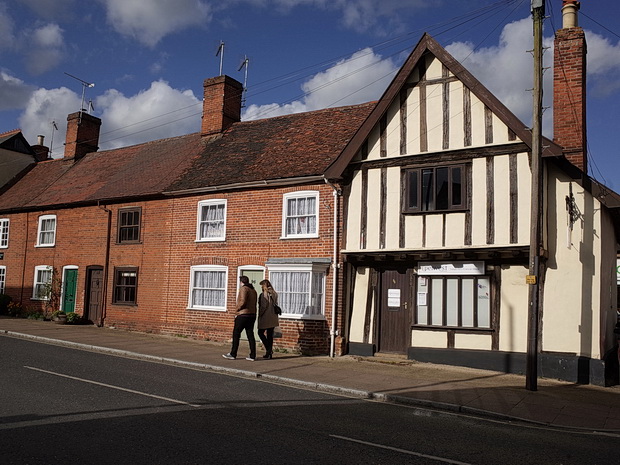 Half timbered building on the High Street. 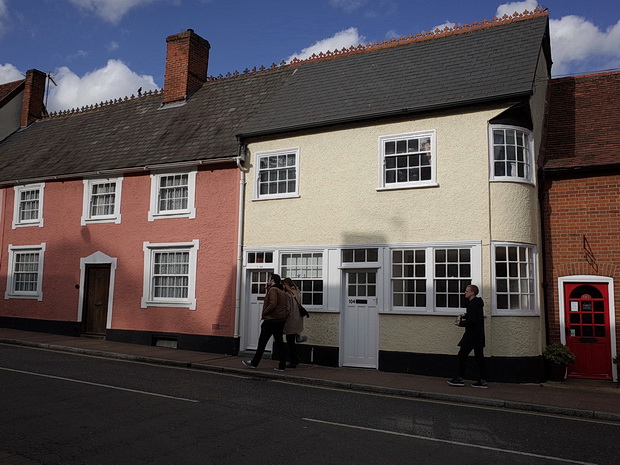 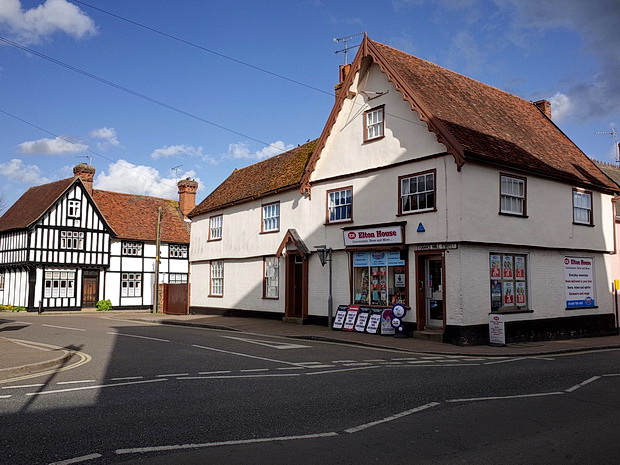 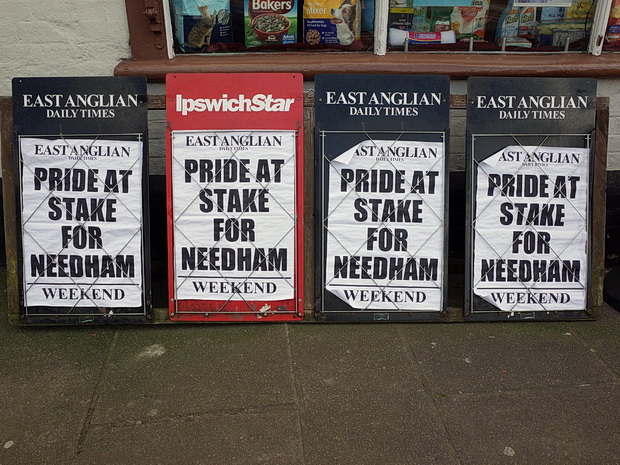 The ‘pride’ at stake refers to Needham Market FC’s last game of the season against Dulwich Hamlet. 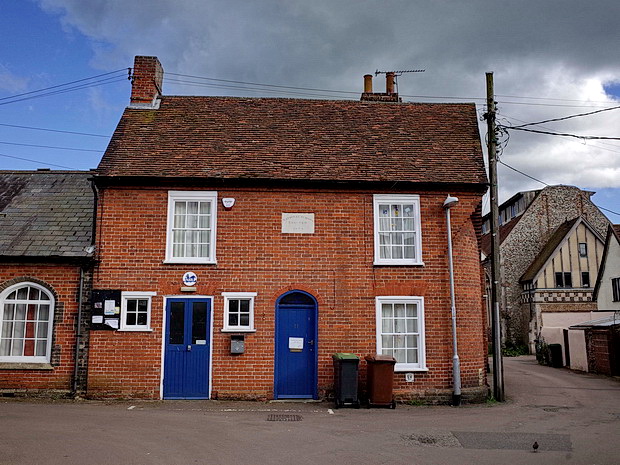 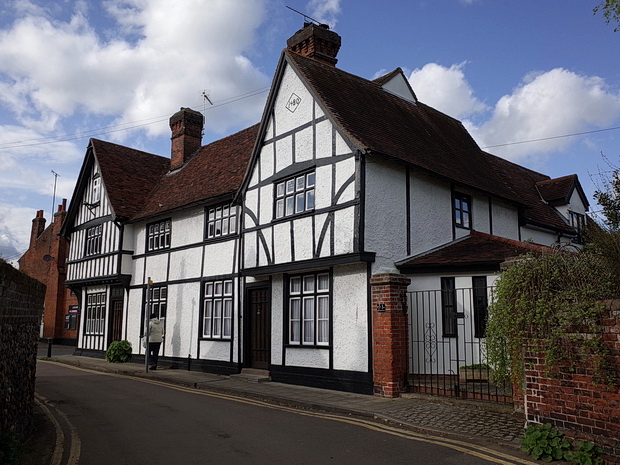 This building dates from 1480. 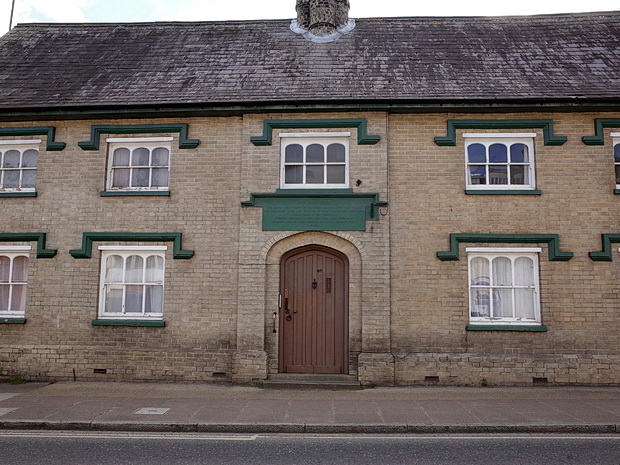 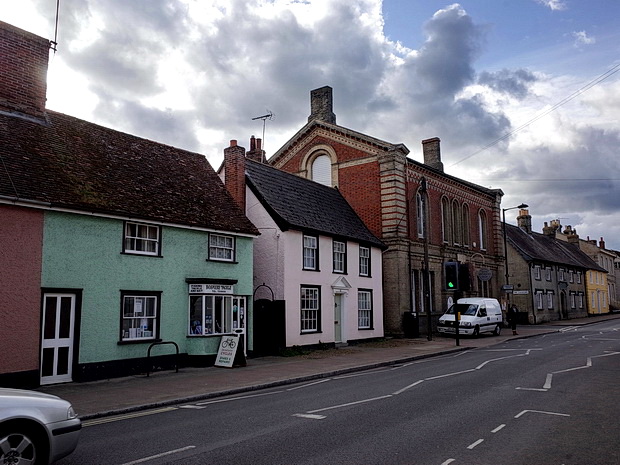 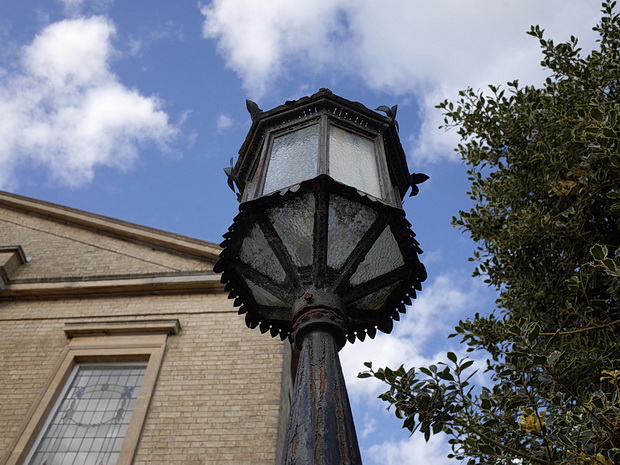 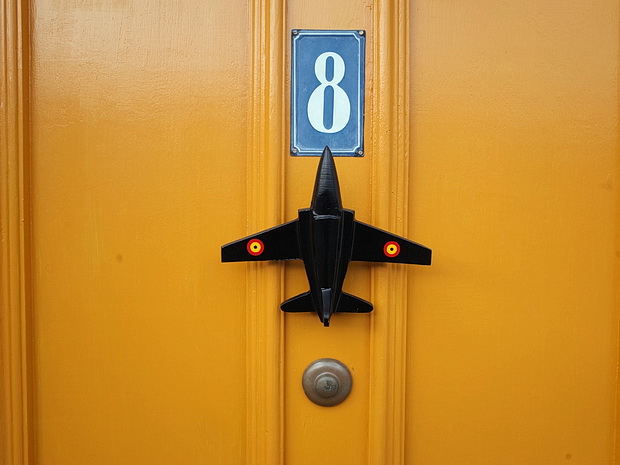 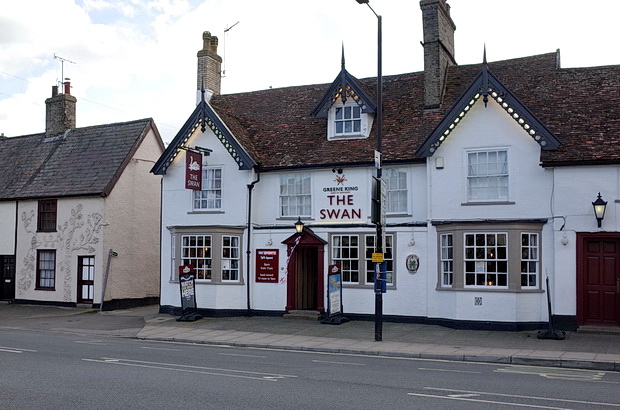 The Swan near the station dates back t0 1544, with the public house formerly known as the King’s Head. 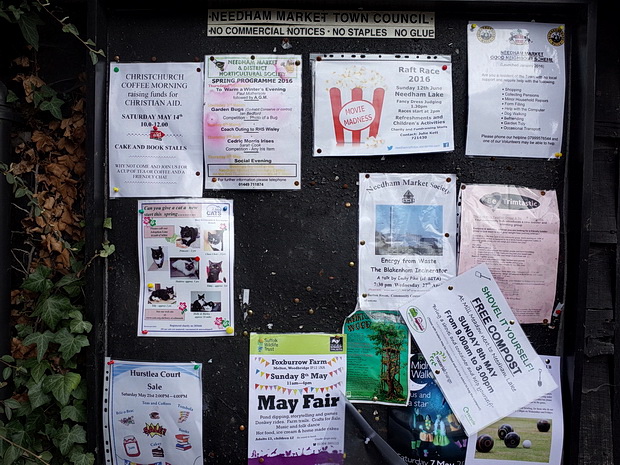 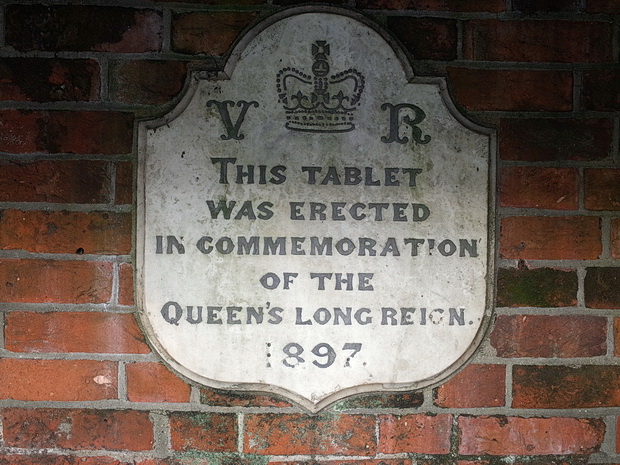 Stone tablet inside the bus stop. 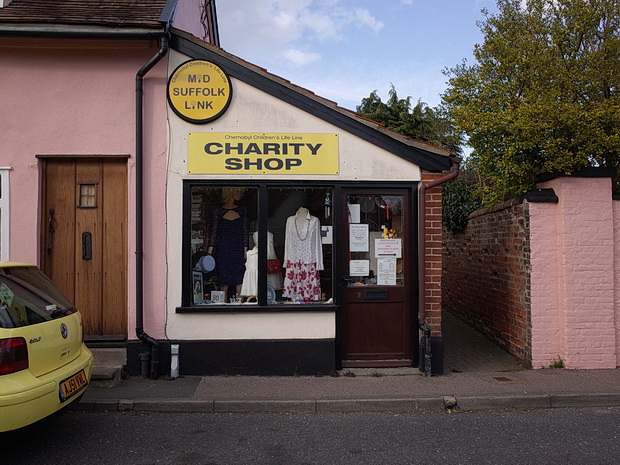 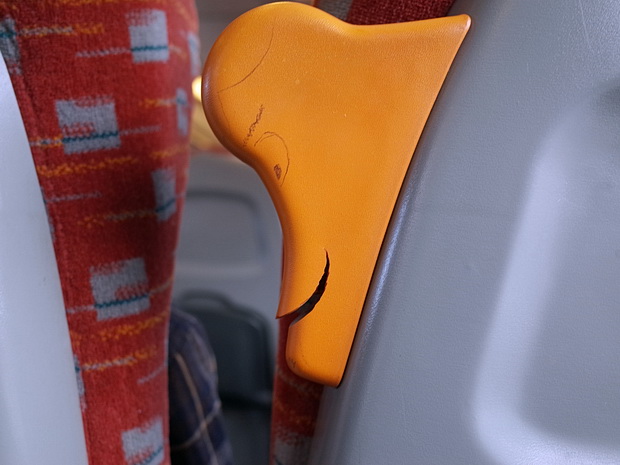 Amusing broken seat on the train back to Ipswich.

Lewes in photos: architecture, street scenes and signs and closed pubs, May 2018

3 Comments on “In photos: a walk around Needham Market, Suffolk”