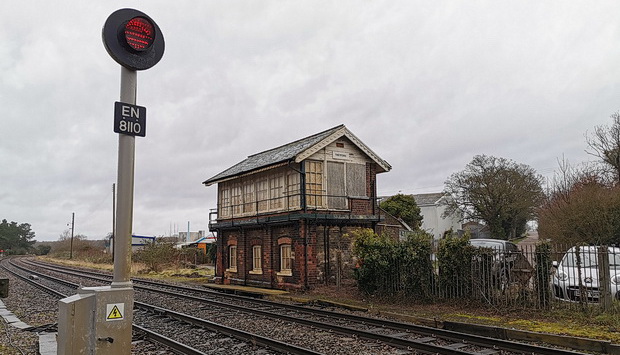 As Storm Ciara battered the UK, my Sunday morning trip from Norwich to London was beset by cancellations and hefty delays as uprooted trees blocked multiple locations along the route. 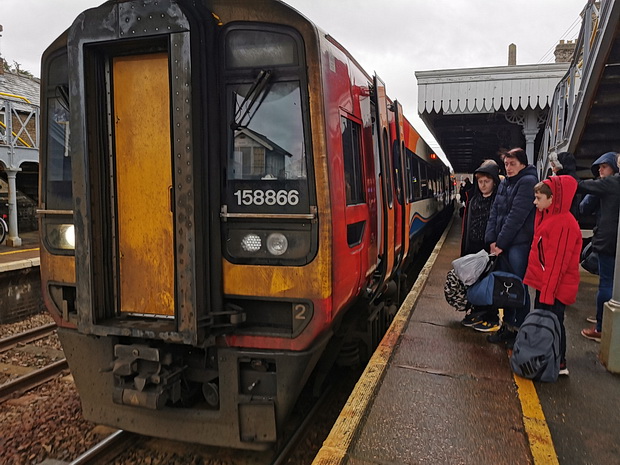 After a painfully slow journey from Norwich, the train ground to a halt at Thetford, a rural market town in Norfolk (population 24,000).

The town hasn’t many claims to fame, but it is noted as being the location for much of the popular Dad’s Army TV series:

The external scenes for the BBC1 TV series Dad’s Army were filmed in and around the town with Thetford’s flint buildings doubling for Walmington-on-Sea. The Dad’s Army Museum is located in the town’s Guildhall building. In December 2007 it was announced that a statue of Arthur Lowe who played the leading character Captain Mainwaring would be erected in the town. The statue, depicting Captain Mainwaring sitting on a park bench, was unveiled next to the Little Ouse river on 19 June 2010.

Jones’ van which was used in the series is displayed at the nearby Charles Burrell Museum. 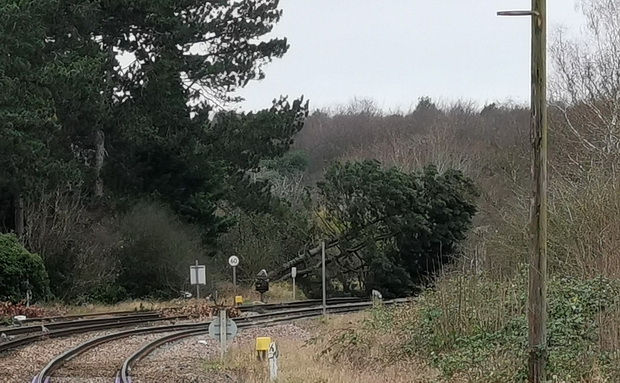 With the route ahead falling victim to several reported trees on the line, announcements were made that the train was now going to reverse the 20 miles back to its starting point, with no progress westward likely for many hours.

A short distance out of station can be seen a fallen tree. 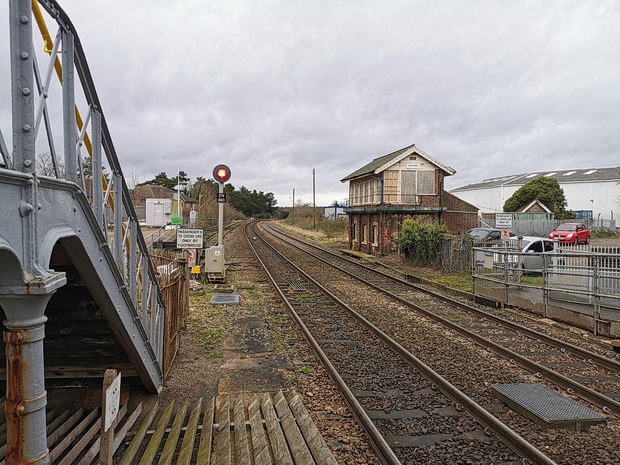 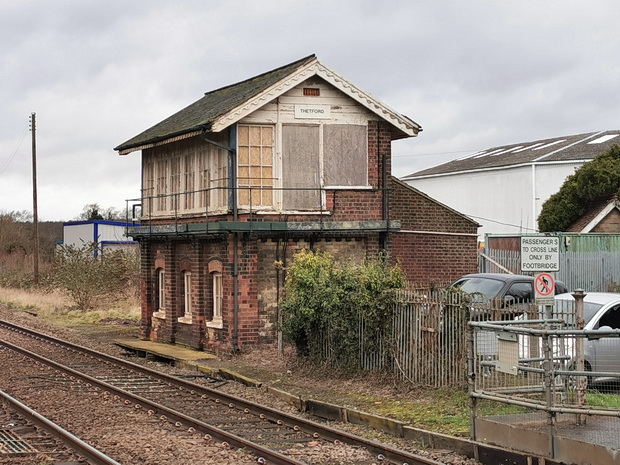 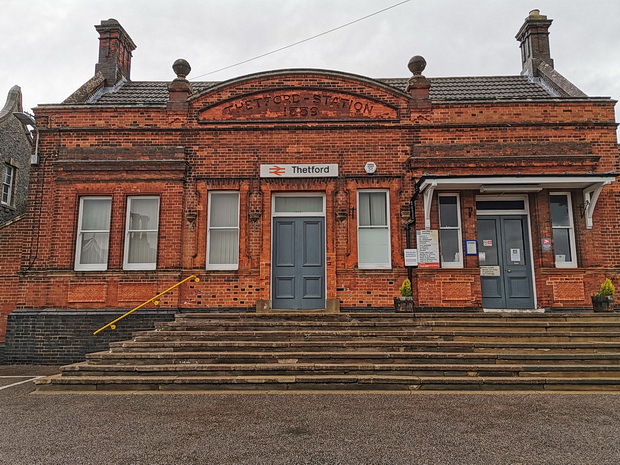 The station building enjoys Grade II listed status. Above can be seen the 1889 extension and below right can be seen the neo-Jacobean roofline of the original flint knapped 1845 building. 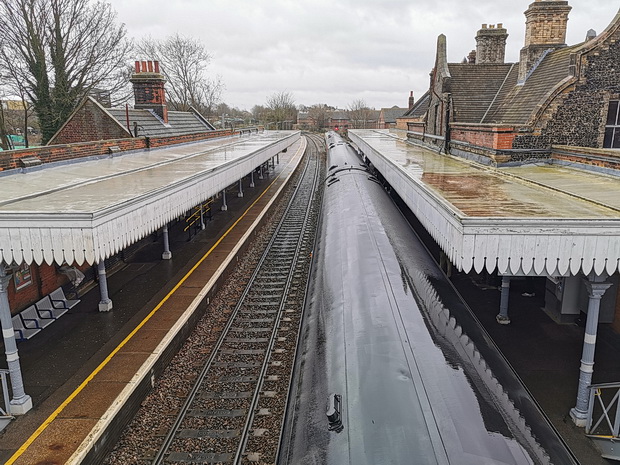 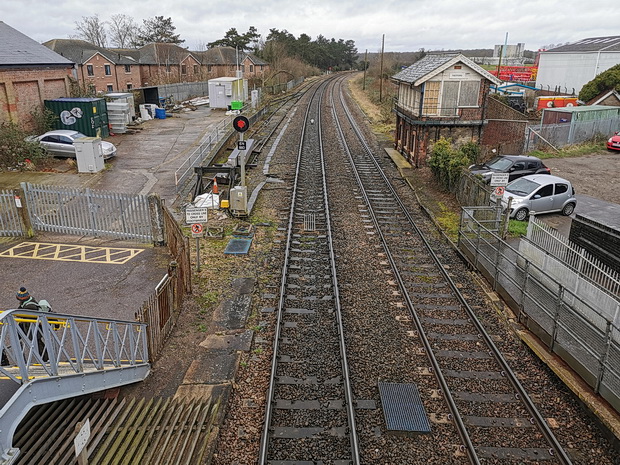 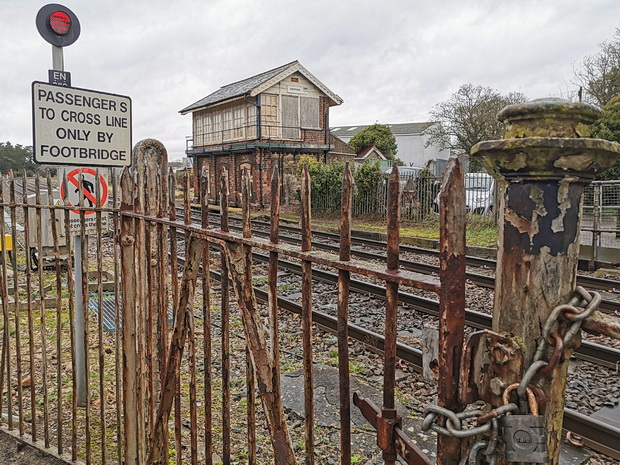 Rusty gates and (below) half a sign clings on to life. 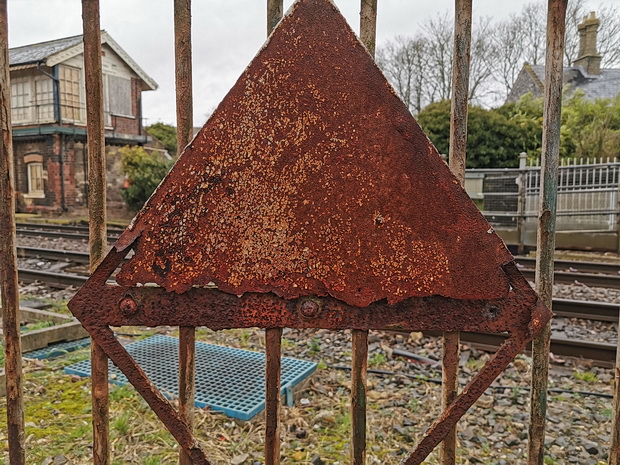 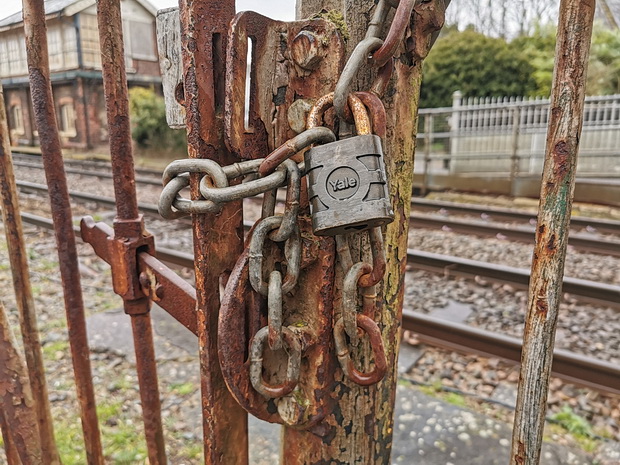 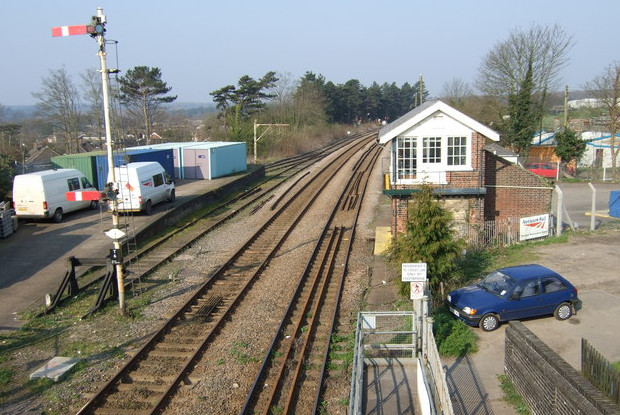 This 2007 photo by Stanley Howe shows the signal box open and two of the signals under its control.

In the distance can be seen an original loading gauge, which is also Grade II listed.

50 photos: Views around The Hague and the striking architecture of Rotterdam Centraal railway station