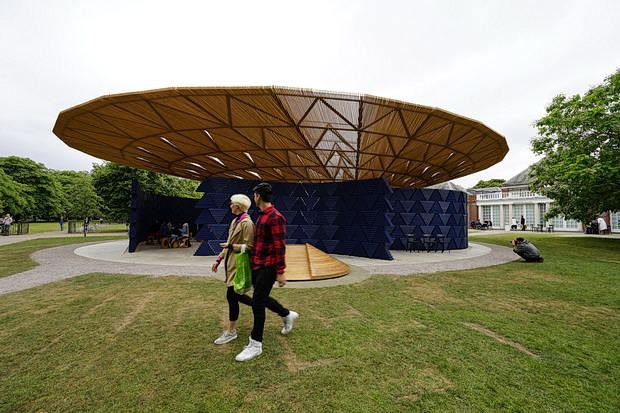 Here’s the striking sight of the Serpentine Pavilion 2017, as designed by Francis Kéré, the seventeenth architect to accept the Serpentine Galleries’ invitation to design a temporary Pavilion in its grounds. 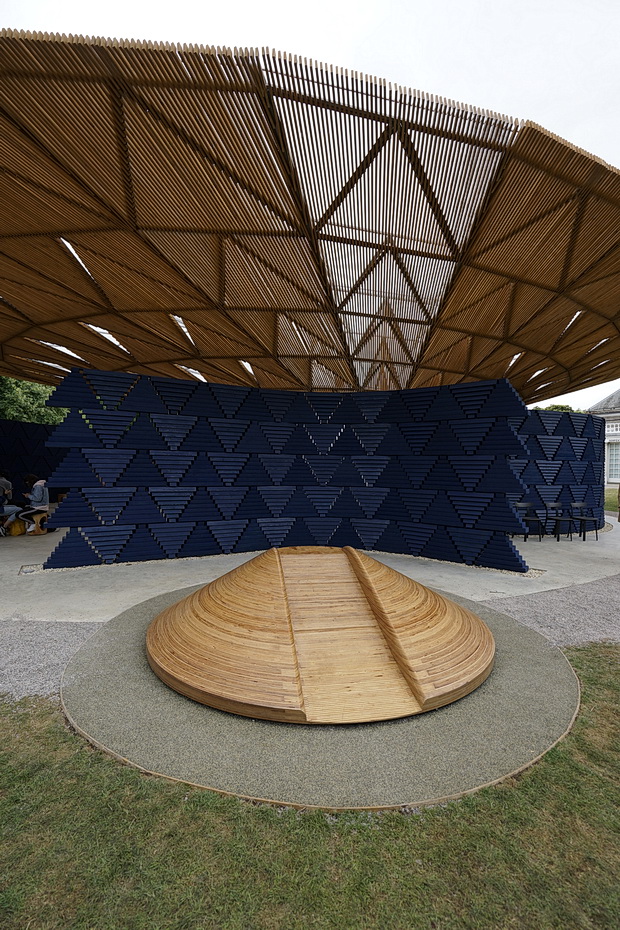 The Pavilion can be found right next to Serpentine Gallery in Kensington Gardens, just across from Hyde Park. Admission is free. 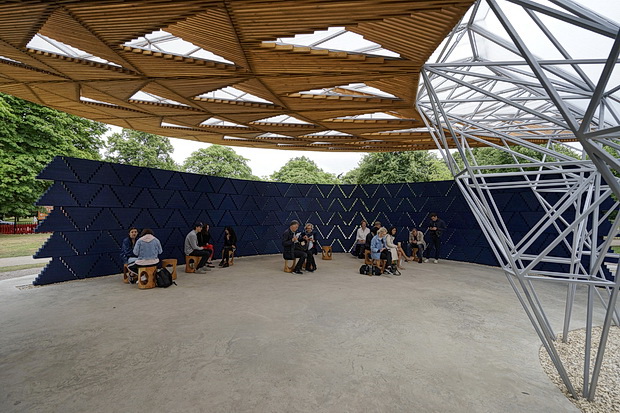 Inspired by the tree that serves as a central meeting point for life in his home town of Gando, Francis Kéré has designed a responsive Pavilion that seeks to connect its visitors to nature – and each other. An expansive roof, supported by a central steel framework, mimics a tree’s canopy, allowing air to circulate freely while offering shelter against London rain and summer heat.

Kéré has positively embraced British climate in his design, creating a structure that engages with the ever-changing London weather in creative ways.

The Pavilion has four separate entry points with an open air courtyard in the centre, where visitors can sit and relax during sunny days.

In the case of rain, an oculus funnels any water that collects on the roof into a spectacular waterfall effect, before it is evacuated through a drainage system in the floor for later use in irrigating the park. Both the roof and wall system are made from wood. By day, they act as solar shading, creating pools of dappled shadows.

By night, the walls become a source of illumination as small perforations twinkle with the movement and activity from inside. 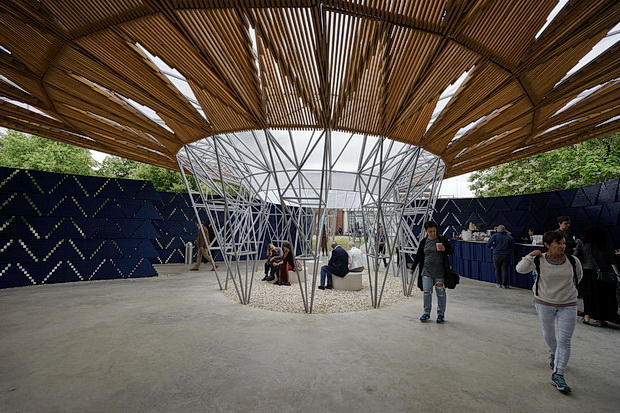 Here’s more photos of the pavilion, which will be on view until 8 October, 2017. 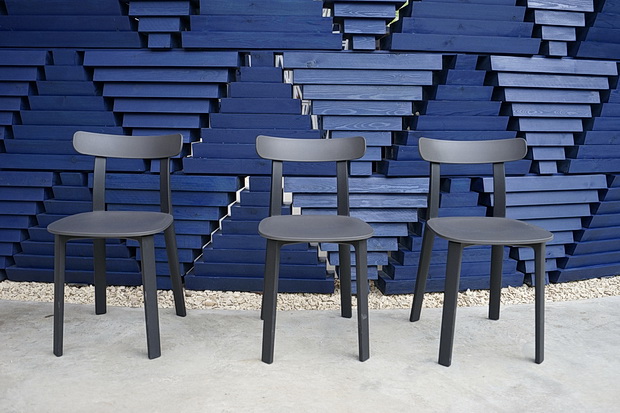 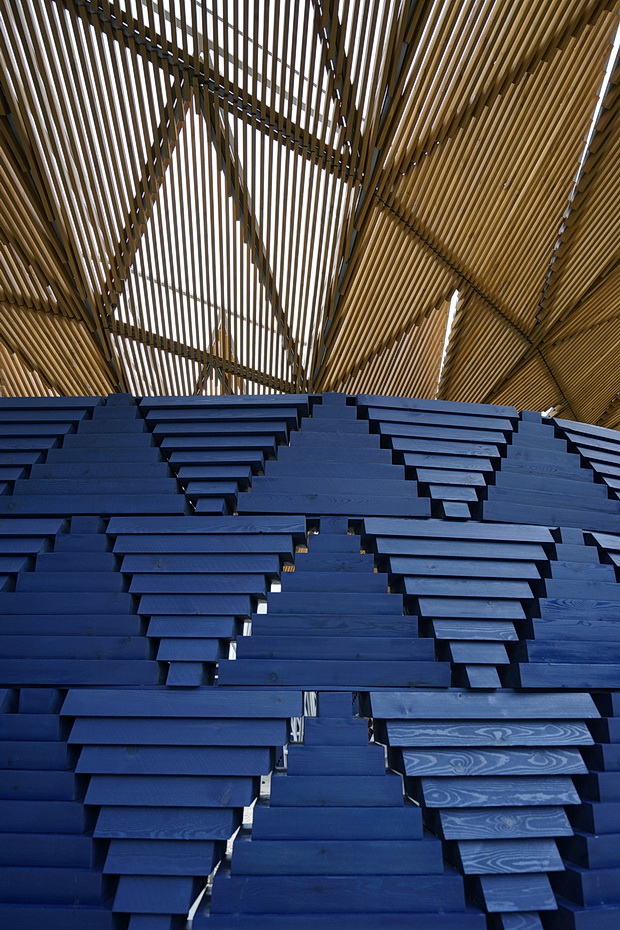 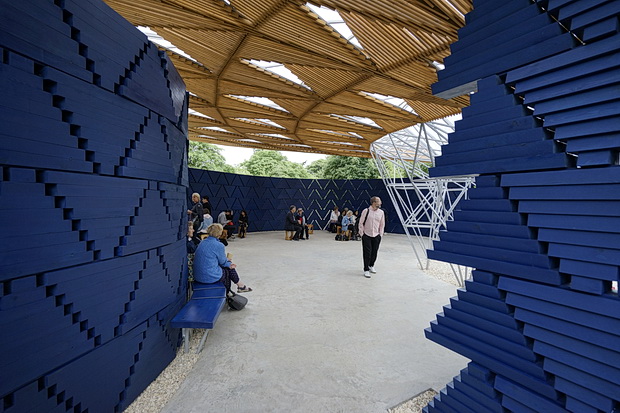 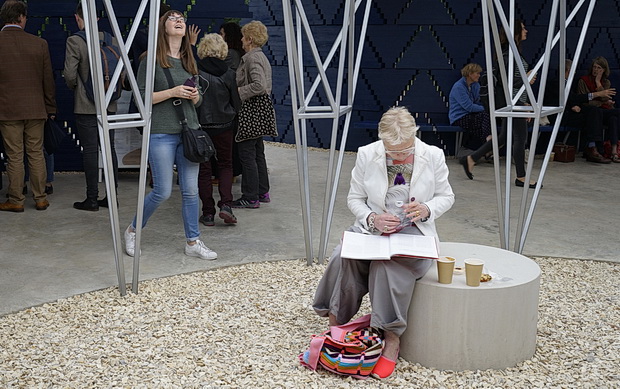 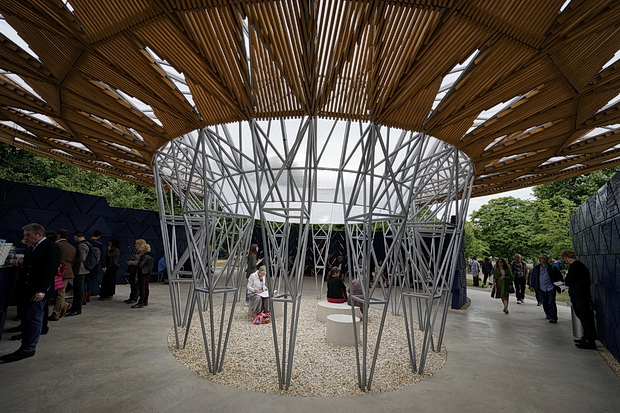 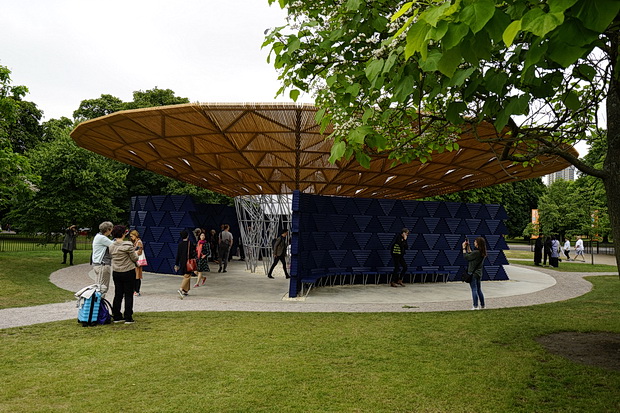 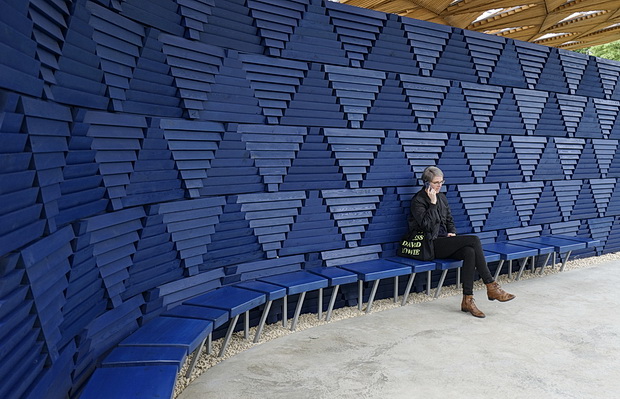 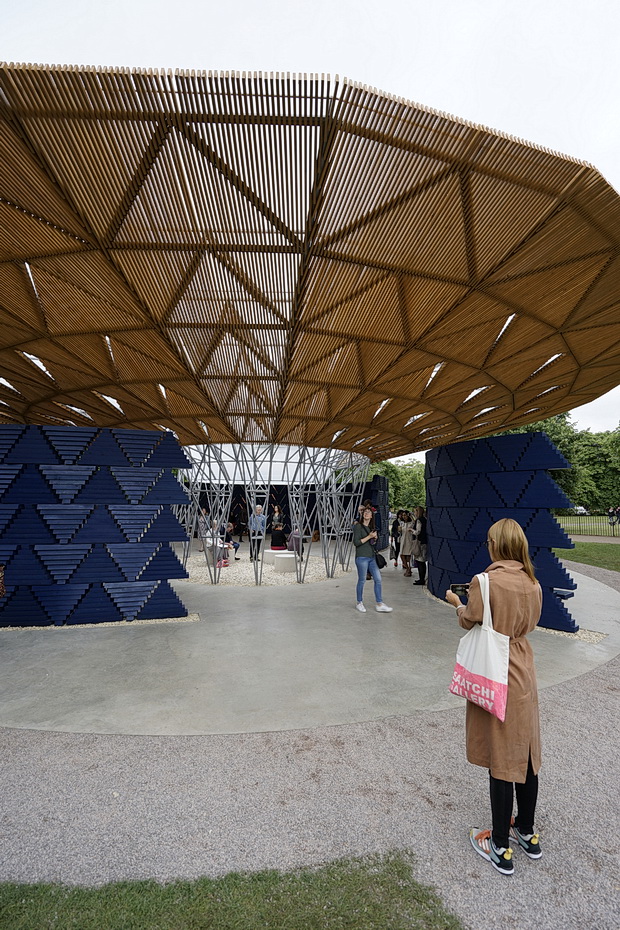 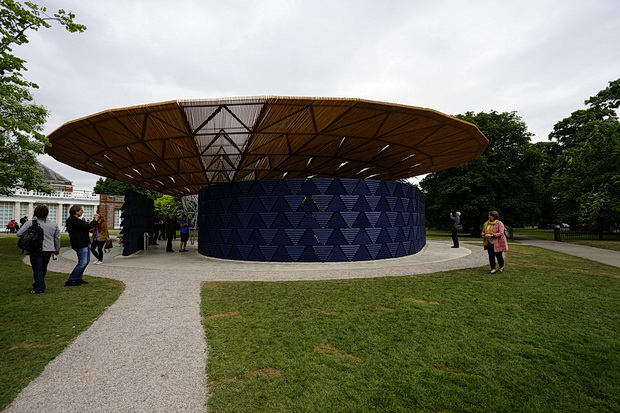 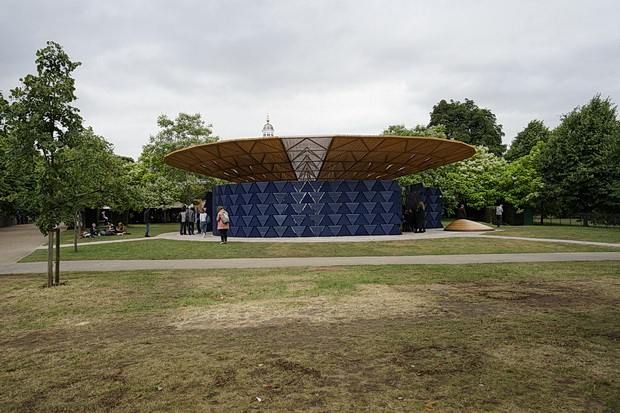