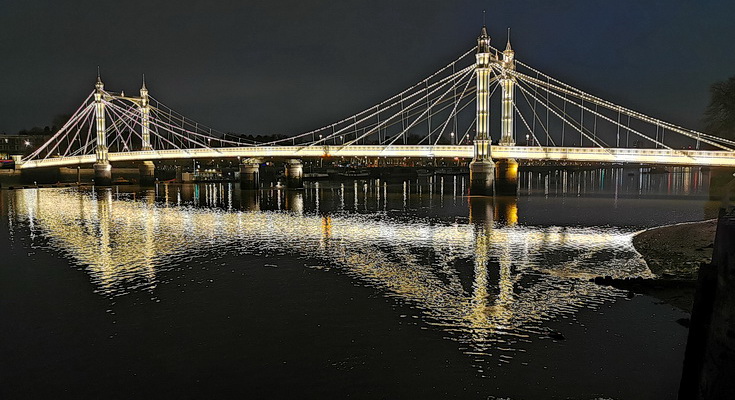 Connecting Chelsea  in the north to Battersea on the south, the Albert Bridge was opened in 1873, and is now an English Heritage Grade II listed building.

Along with Tower Bridge, the Albert Bridge is the only Thames road bridge in central London never to have been replaced, although it’s now the most fragile of all the main London river crossings. 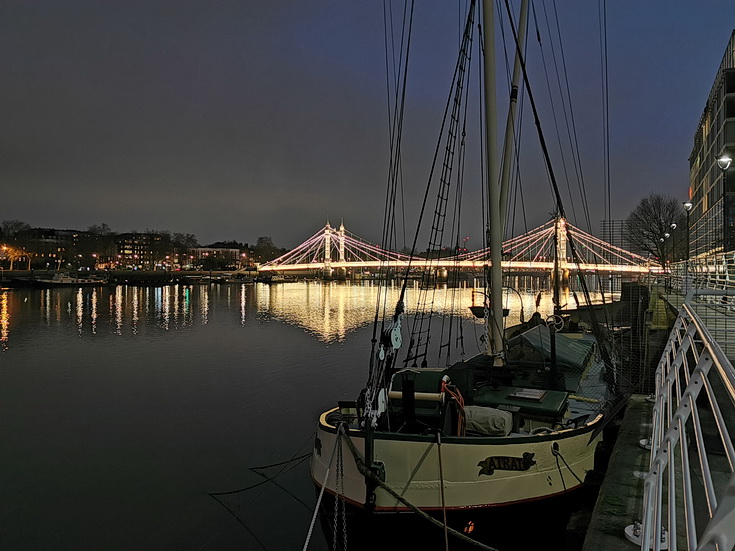 Originally designed by engineer Rowland Mason Ordish as a combination of a suspension bridge and a cable-stayed bridge, strengthening was needed just 11 years after opening, with sewage superstar Sir Joseph Bazalgette replacing the steel cables with steel link chains. 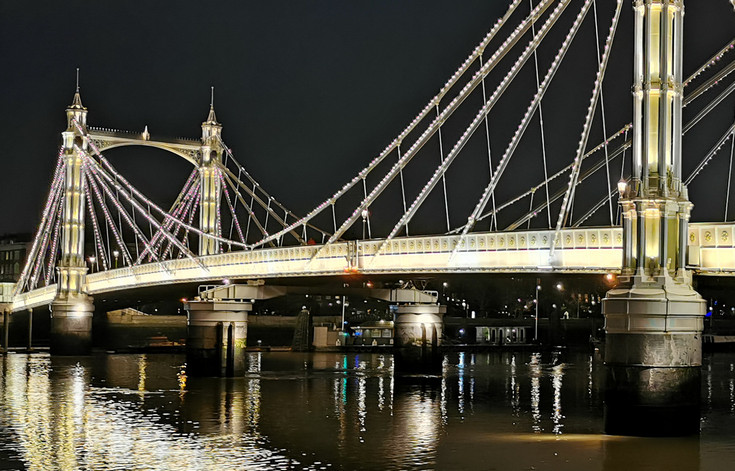 In 1973, the bridge was strengthened further, with two concrete piers being underneath the centre of the span (see above).

The four piers were cast at Battersea and floated down the river into position, at which time they were filled with concrete; at the time they were the largest castings ever made.

Unlike most other suspension bridges of the time, the towers were positioned outside the bridge to avoid causing any obstruction to the roadway. At each entrance was a pair of tollbooths with a bar between them, to prevent people entering the bridge without paying. 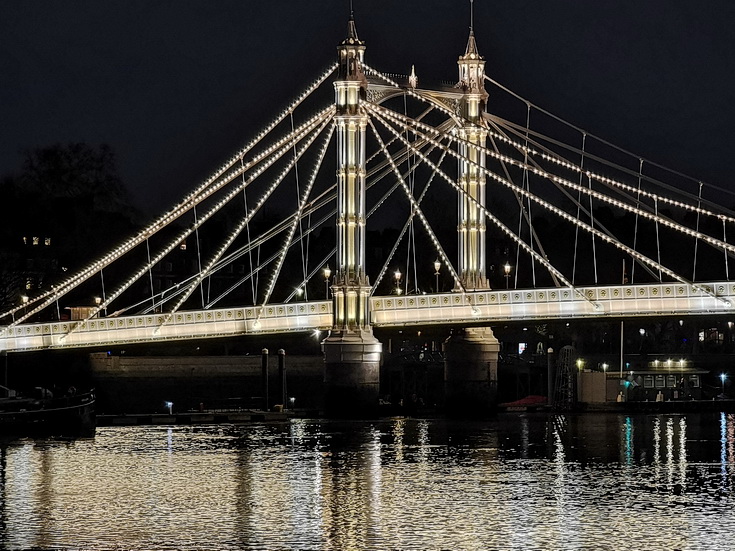 The bridge undertook a major refurbishment between 2010-2011, with decking replaced and a series of increasingly strict traffic control measures introduced to prolong its life. As a result, it is the second-least busy Thames road bridge in London – only Southwark Bridge carries less traffic. 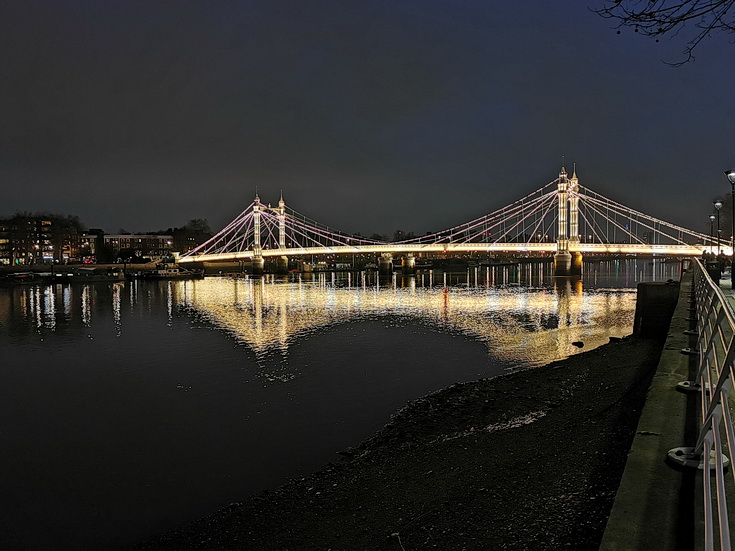 Illuminated by 4,000 LEDs, it’s a magnificent sight at night. 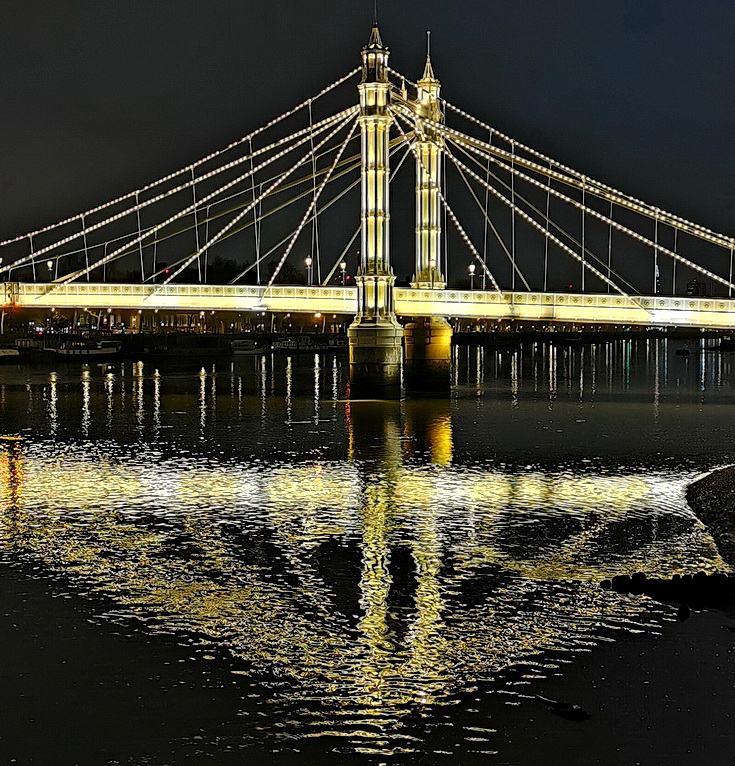 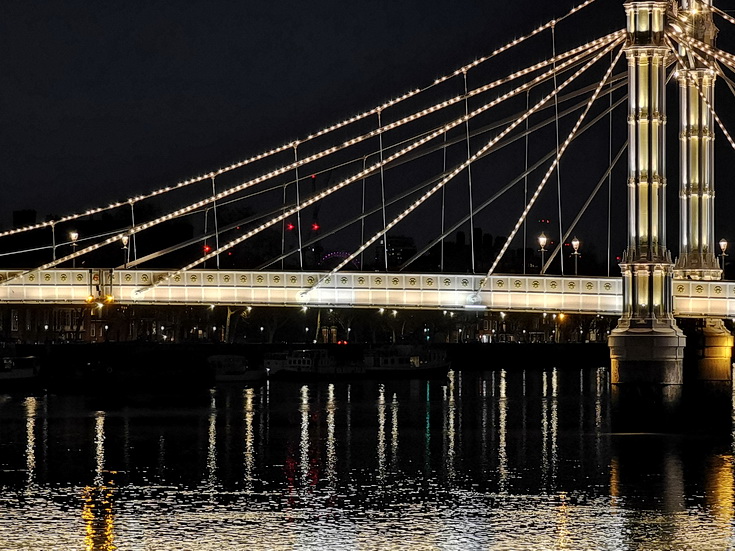 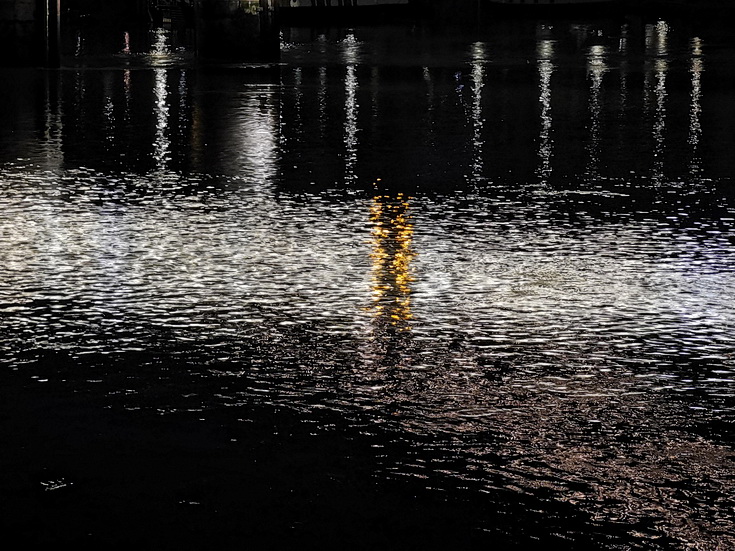 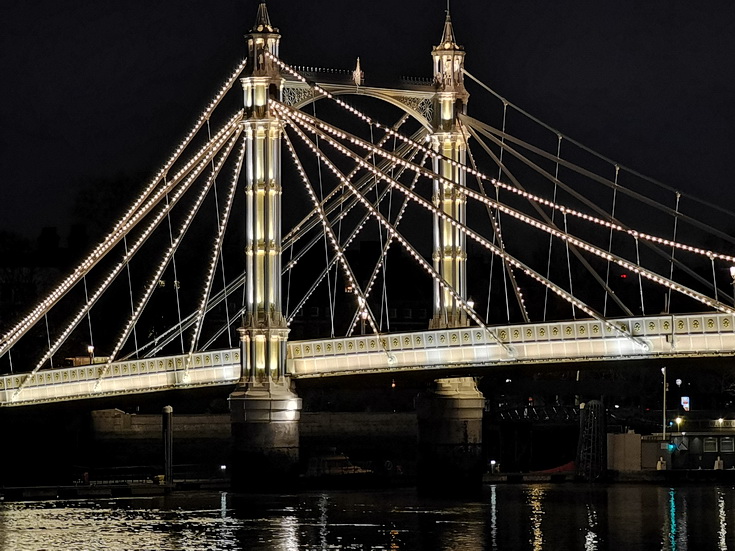 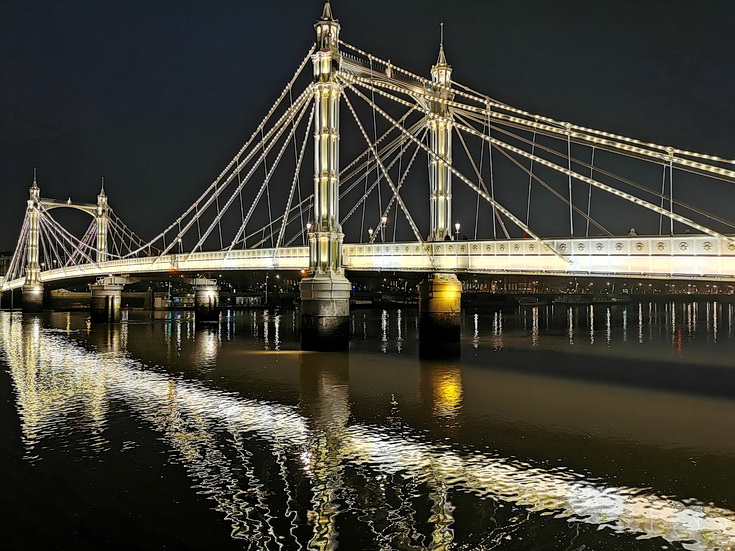 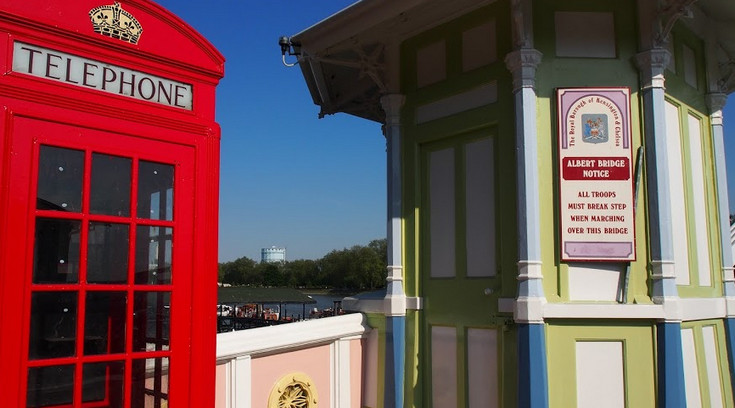 The bridge acquired the nickname of “The Trembling Lady” because of its tendency to vibrate, particularly when crossed by troops from the nearby Chelsea Barracks.

Notices were placed at the entrances warning troops to break step (that is, not to march in rhythm) when crossing the bridge. Although the barracks closed in 2008, the warning signs can still be seen.

Over a century later, another iconic London river crossing would suffer the problem, as we reported:

Although the Millennium Bridge, like all bridges, was designed to cope with a degree of movement it soon became clear that things were going seriously awry as the deck swayed about like a drunken sailor.

Elderly walkers clung on to the side of the bridge. People reported feeling seasick. The swaying bridge was looking like an expensive fairground ride.

So the bridge was instantly renamed as ‘The Wobbly Bridge’, and after two days of random swaying, swinging and oscillating wildly, the bridge was closed down by embarrassed engineers.

Naturally, the press had a field day (in Britain we love failure!), questions were asked in Parliament and the public began to sense that perhaps another large white elephant had just landed on the shoreline of the Thames (the fiasco of the Dome was only a few miles downstream).

Things didn’t get much clearer when the engineers decided that the problem was apparently due to people walking the wrong way! claiming that the infamous wobble (or ‘synchronous lateral excitation’, as they put it) was due to the ‘chance correlation of footsteps when we walk in a crowd’.

This – apparently – ‘generated slight sideways movements of the bridge which made it more comfortable for people to walk in synchronization with the bridge movement’. In other words, once it started to sway people tried to counteract it, en masse, making the problem worse.