I first visited Hastings Pier in February 2005, when much of the original  Victorian structure was still intact (see pic below).

Five years later, the pier was nearly completed destroyed by a fire in 2010, before reopening six years later, and then being controversially sold to a local businessman last year. 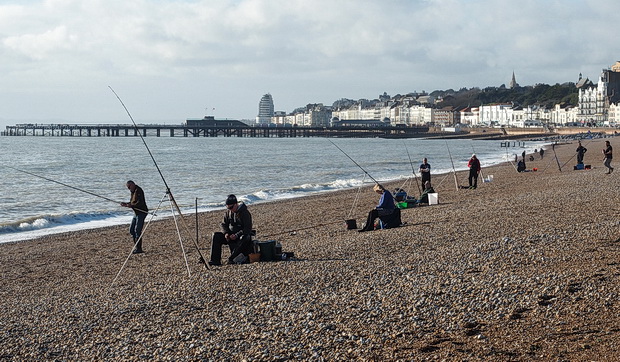 Wikipedia offers a history of the  pier:

Hastings Pier Charity oversaw a rebuilding project, with the pier reopening on 27 April 2016. The redeveloped pier won the 2017 Stirling Prize for architecture. The charity went into administration in 2017 and the pier was sold to a private buyer in 2018. The pier re-opened on 1 April 2019. 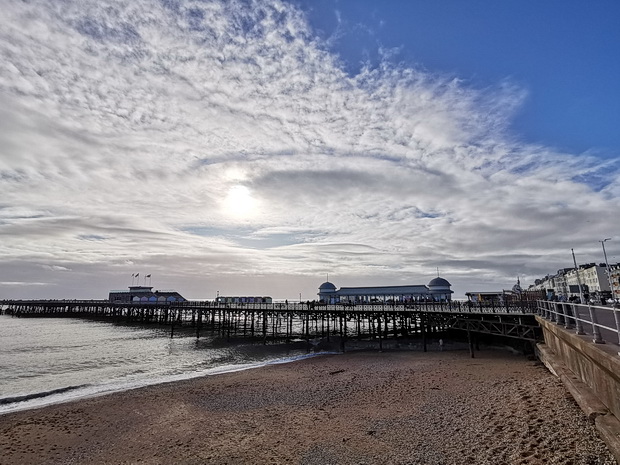 Strange cloud formation over the pier. 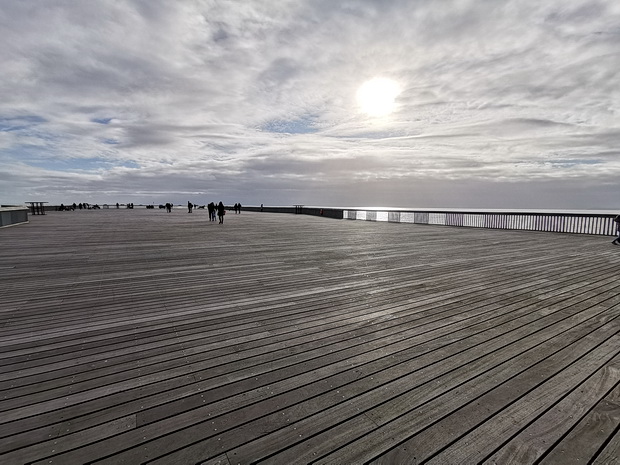 The end of Hastings Pier presents a windswept, barren vista. 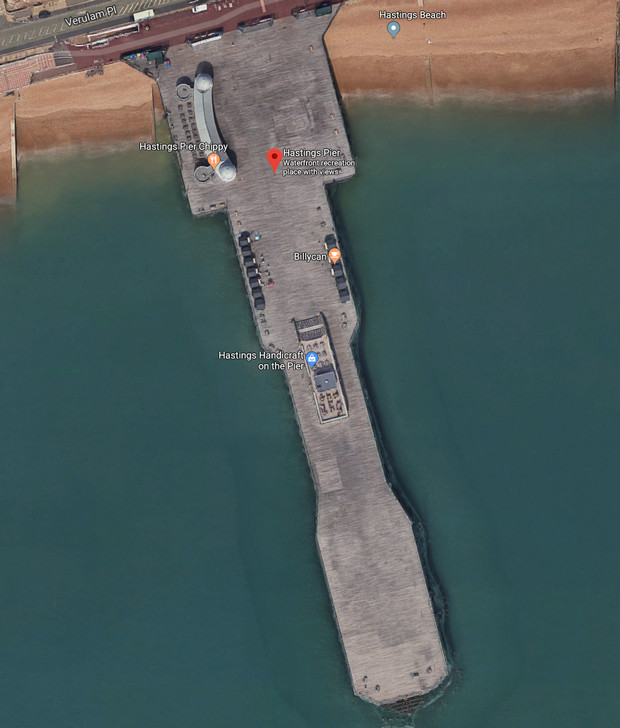 Google view showing the empty spaces on the pier.

View of the derelict concert hall at the end of the pier in August 2012 after the calamitous fire in October 2010. 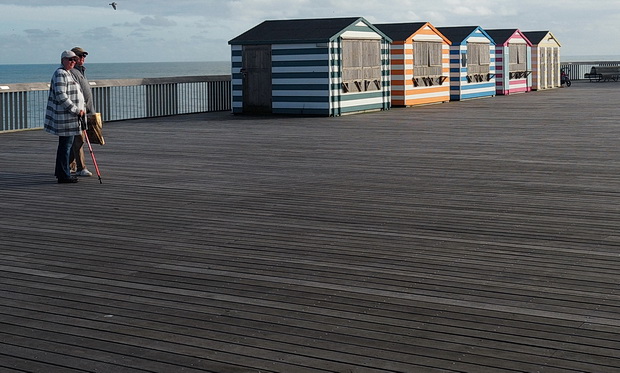 There’s around 14 small beach hut shops either side of the pier. More are currently being constructed. 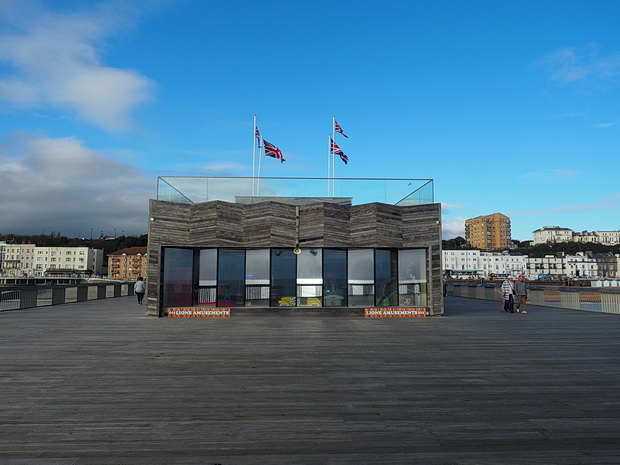 The small, award winning pavilion on the pier. 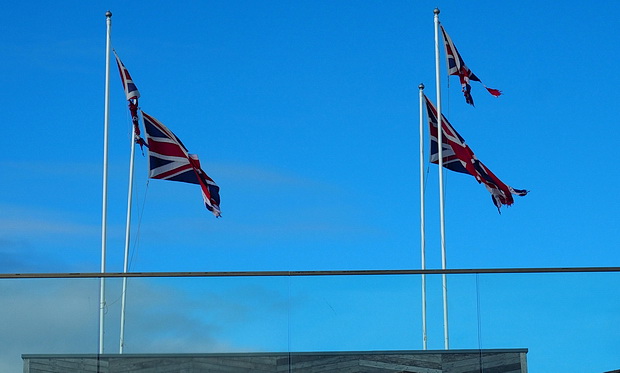 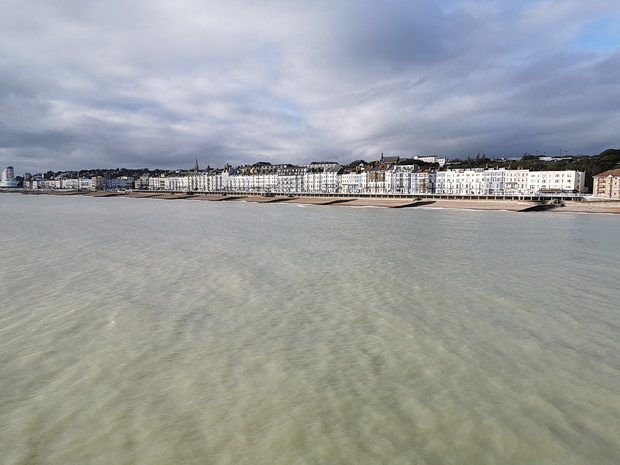 View of Hastings from the pier. 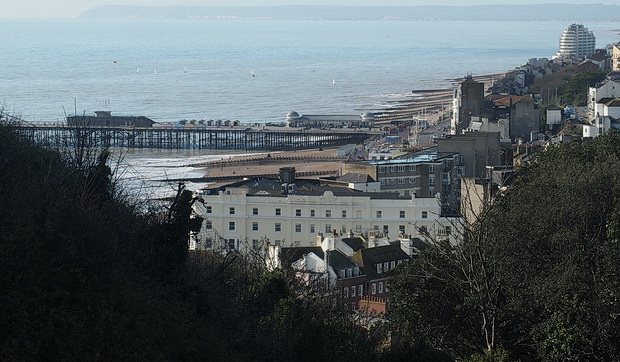 Looking at the pier from Hastings castle. 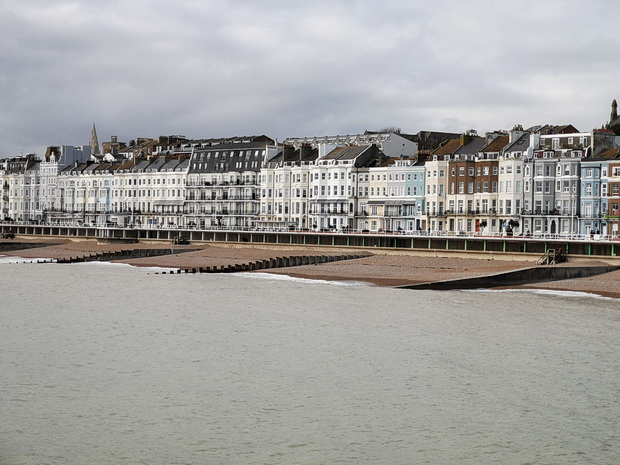 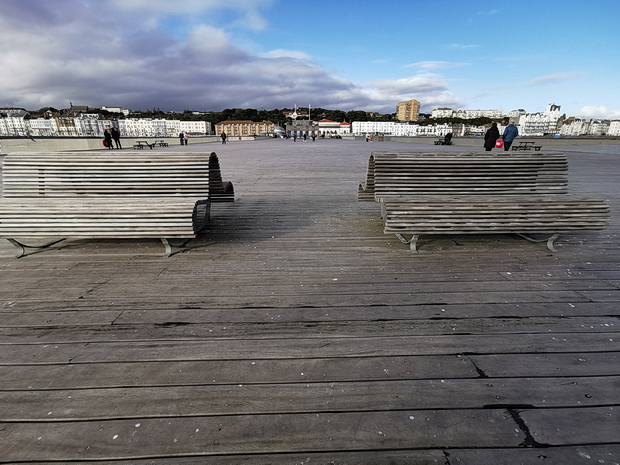 End of the pier. 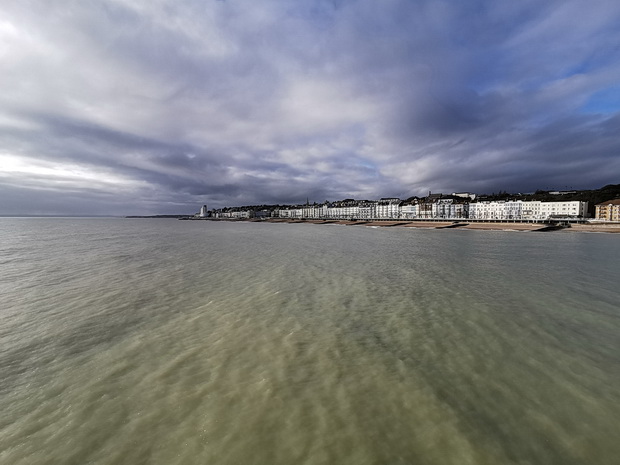 Looking west from the pier. 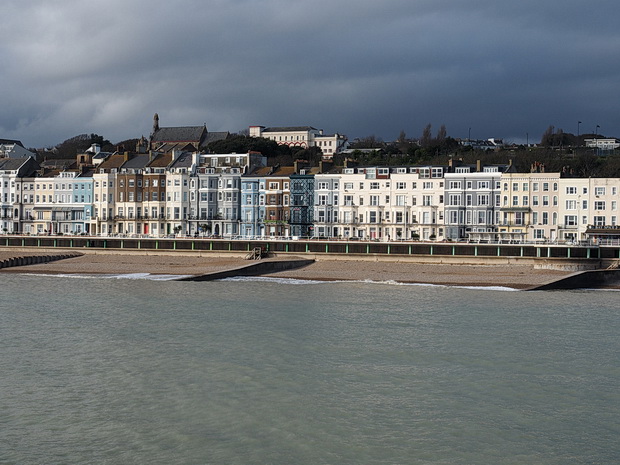 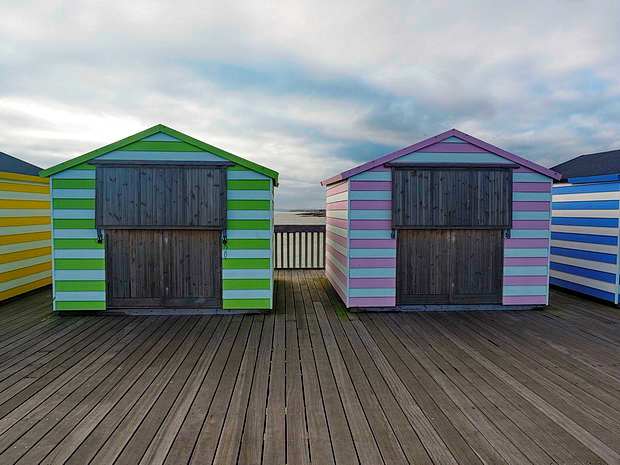 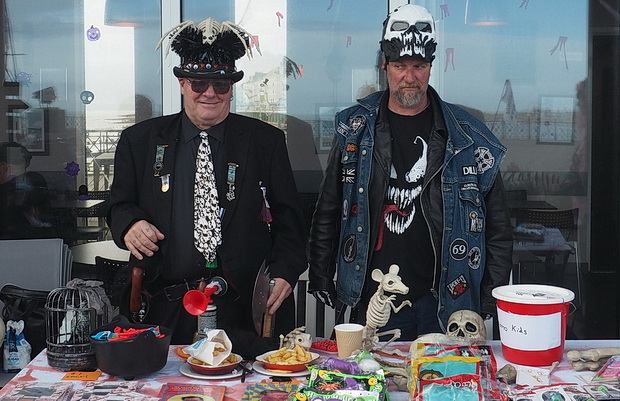 I’ve no idea what was going on here. 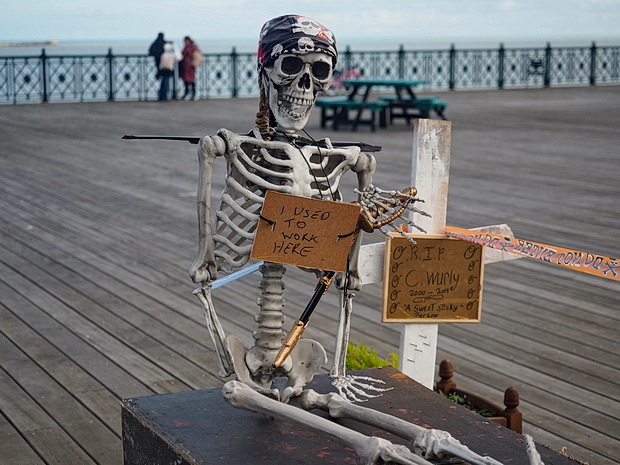 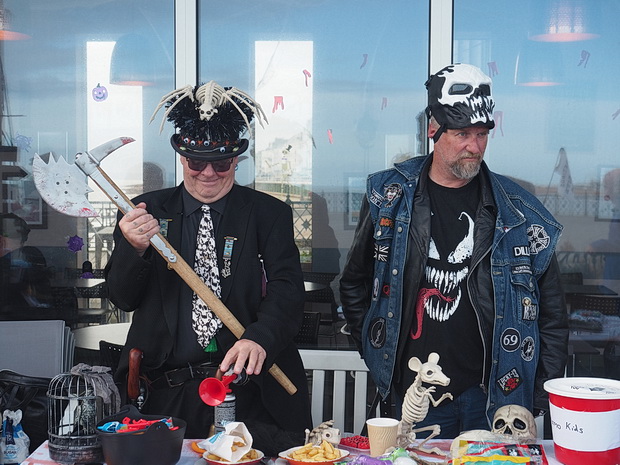 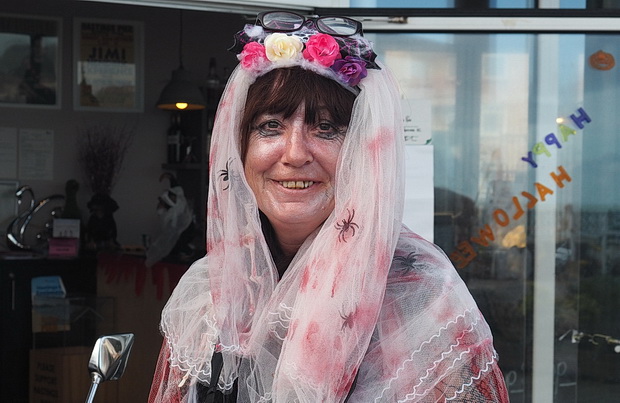 Join in with the discussion about Hastings Pier on the urban75 forums.

One Comment on “In photos: the windswept vista of Hastings Pier, Autumn 2019”