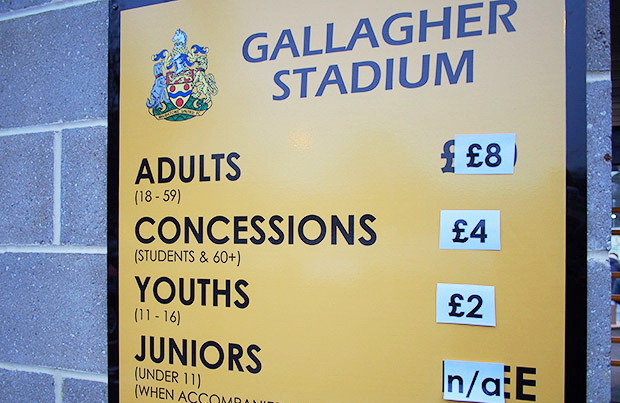 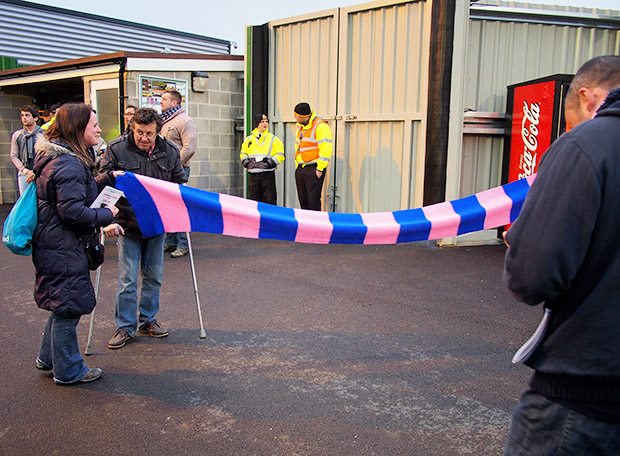 A very large scarf is unfurled before the start of the game. 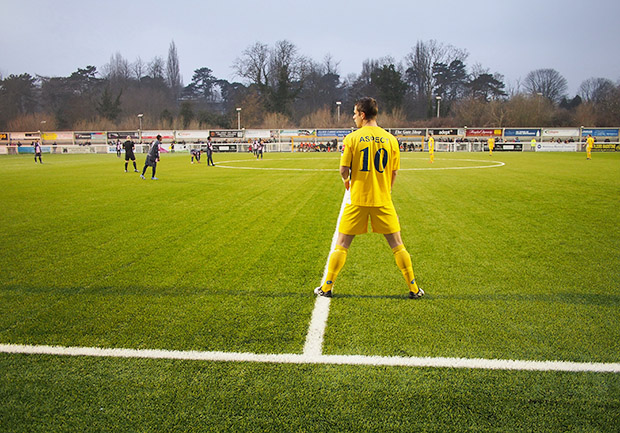 Maidstone were the first English team to build a stadium with a third generation artificial turf (3G), and it’s something that has proved financially rewarding for the club: the pitch never gets waterlogged, it can be hired out as often as they like and it means that the stadium can be a hub for all the club’s youth and community teams.

The financial logic is sound, although I’m not a fan: I like the pitch to reflect the season and be as variable as the football.

Going with a 3G pitch may also prove problematic for Maidstone as they’ve only gained permission to use it in the Isthmian League, the FA Trophy and the qualifying round of the FA Cup.

With the club yet to receive permission for matches in the Football Conference (Conference National / North & South), there is the possibility that they may be refused promotion (if they get it!) unless they replace the 3G turf  with grass [—]. 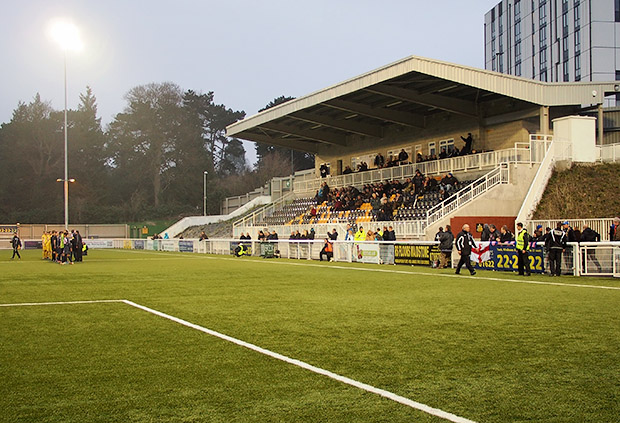 Back to the game, the crowd was something of a disappointment, with well under 500 people showing up for the match.

Some questioned the wisdom of putting the game on at Maidstone seeing as it wasn’t exactly an easy place for either set of  supporters to get to, especially in the middle of the week. 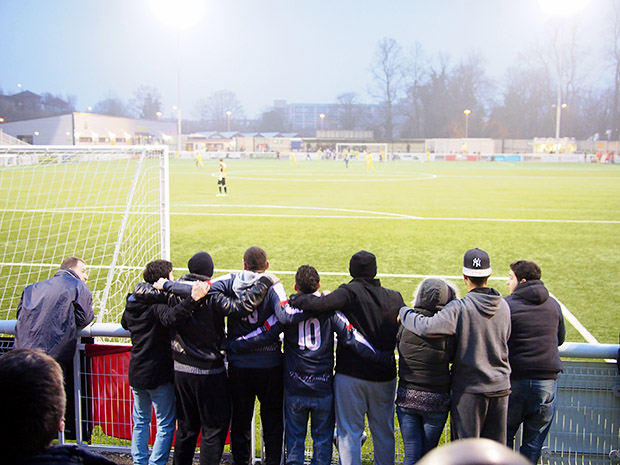 The Hamlet support was truly magnificent from the start, creating a near endless wall of sound for the team. 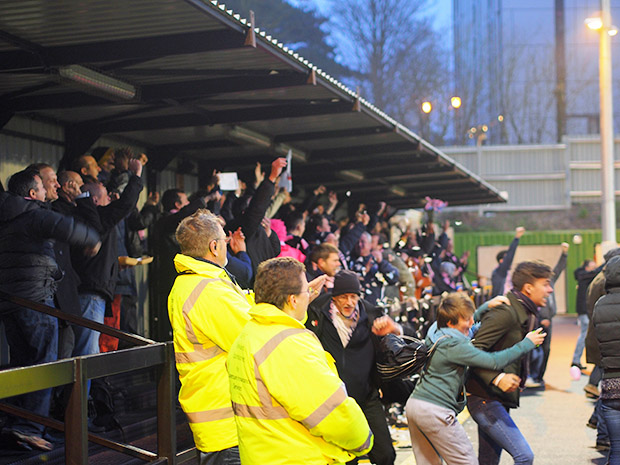 Ten minutes into the game and  Ellis Green slammed in a thunderous shot that bulged into the back of the net. And the Dulwich fans went wild! 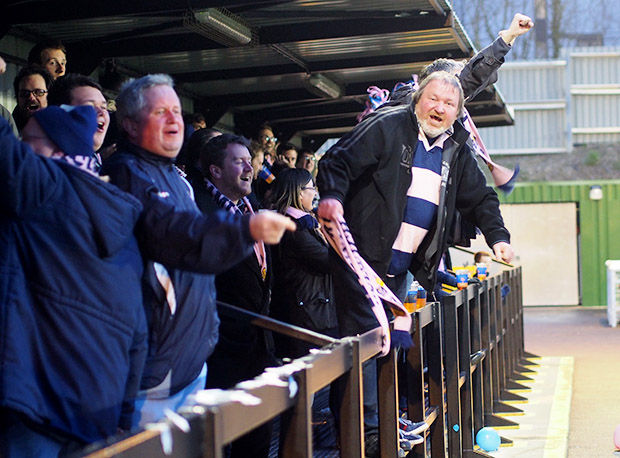 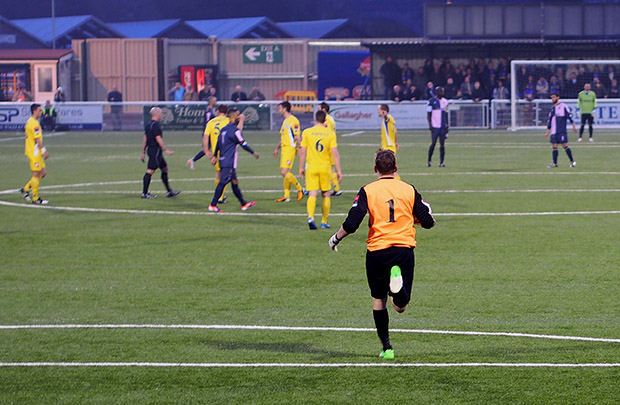 Bizarrely, the Concord goalie tried to insist that the shot had in fact gone wide, much to the amusement of the Hamlet fans behind the net.

The poor goalie was then teased mercilessly whenever he got near the ball. His Mum was there – a very lovely lady – and she told me that he’s on Southend’s books and plays for Wales. So I like him a bit more now. 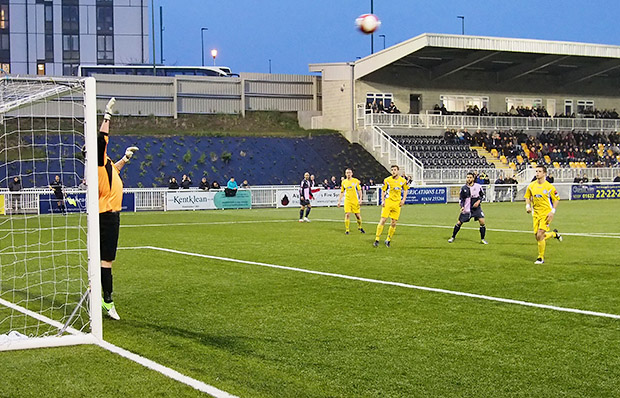 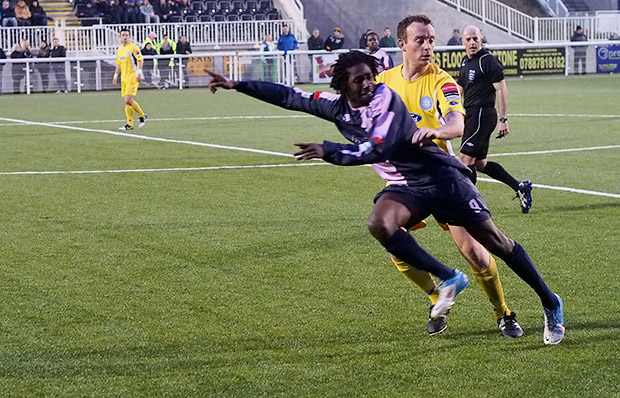 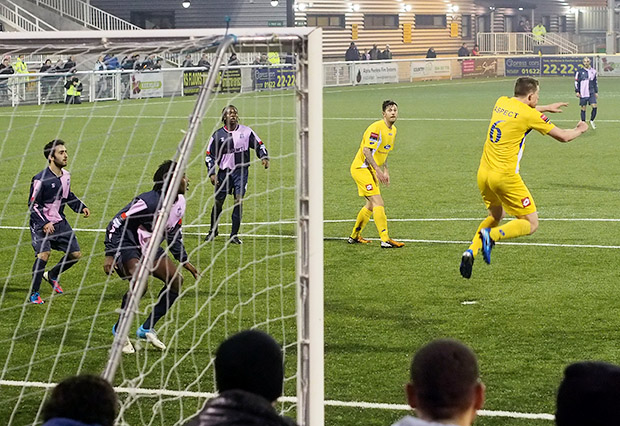 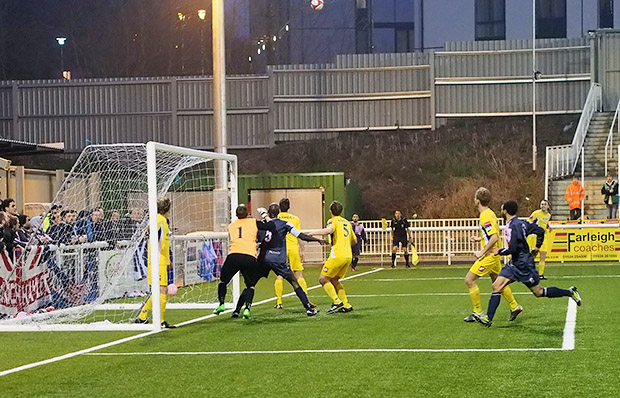 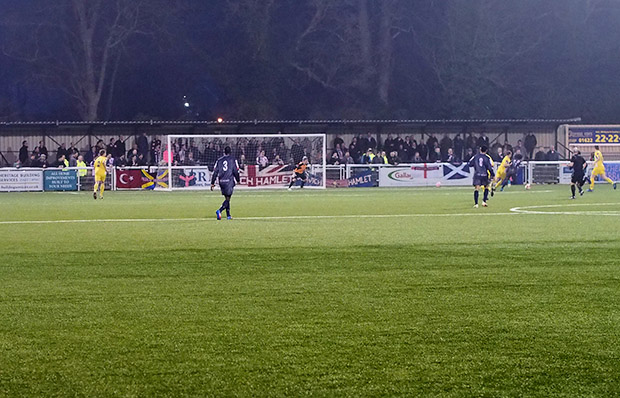 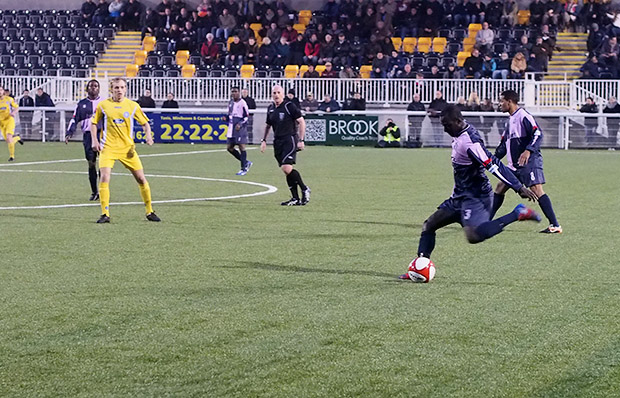 Concord grew stronger as the first half wore on, and Hamlet were lucky to be hanging on to their 1-0 lead by half time. 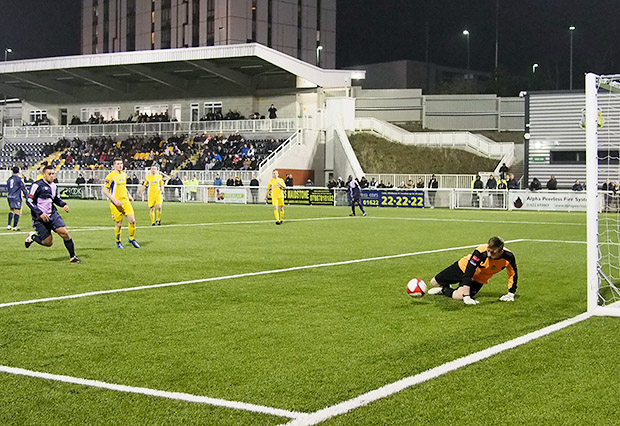 Hamlet started brightly in the second half, but Concord equalised on the hour. 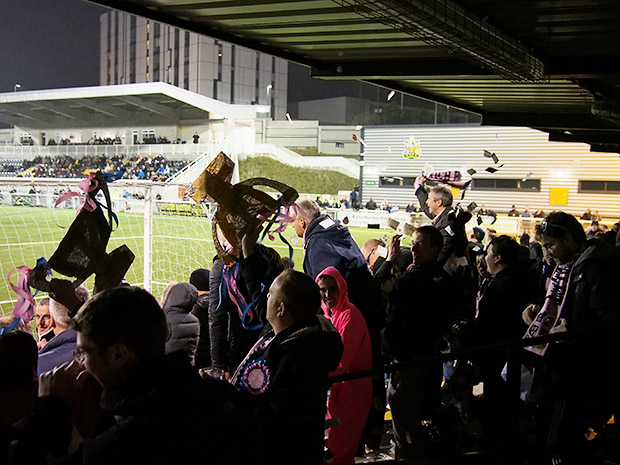 Hamlet responded swiftly, with Ellis Green cutting in from the left and slamming the ball home to put us back in the lead. 2-1 to the Hamlet! 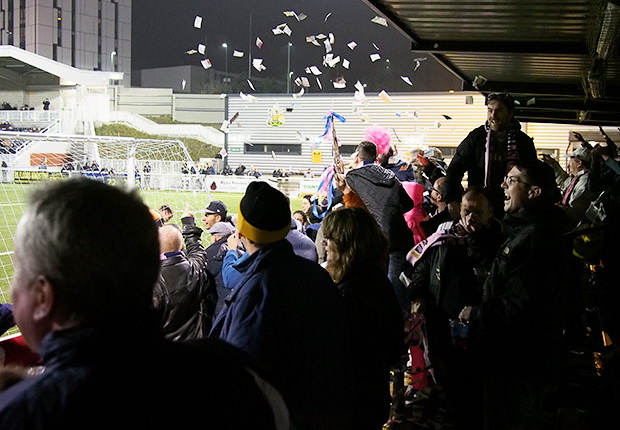 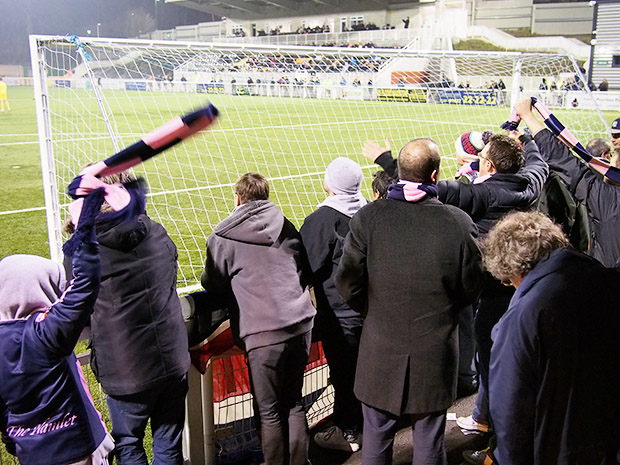 Our joy was short lived as Concord equalised again, bringing the game into extra time and rapidly increasing the bar profits as nerve-steadying beers were consumed. 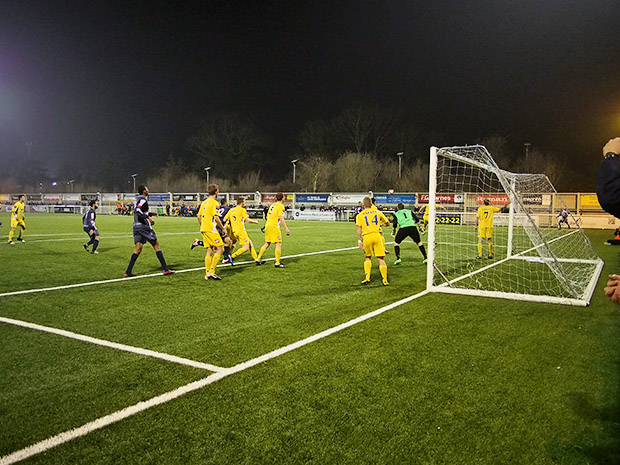 Dulwich battled hard in extra time, but towards the end they clearly started to tire against the higher ranked opposition. 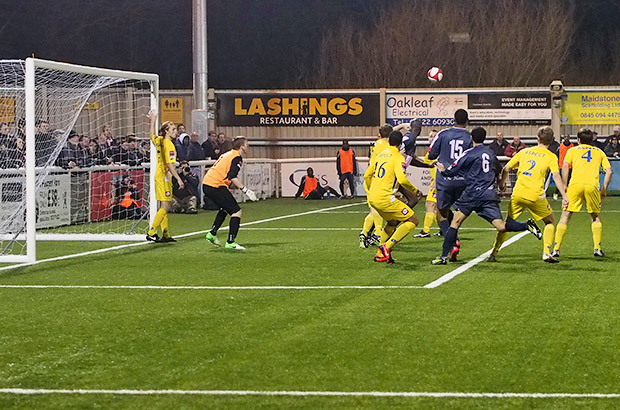 The first period of extra time ended with no goals. 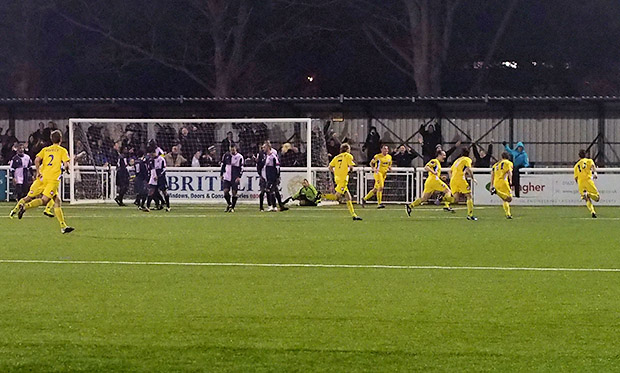 After a rather dodgy looking free kick was awarded, Concord scored the winner. Bah!

The Dulwich away support in full voice! 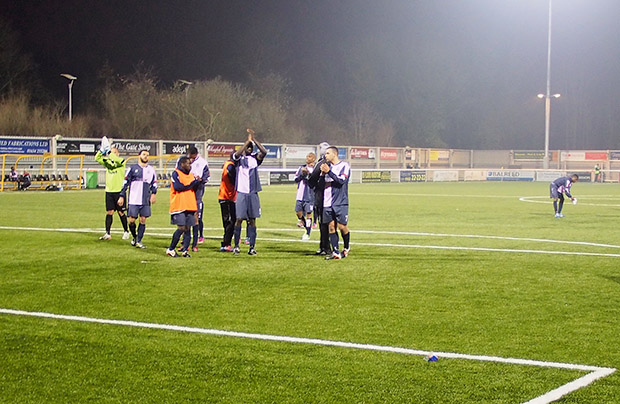 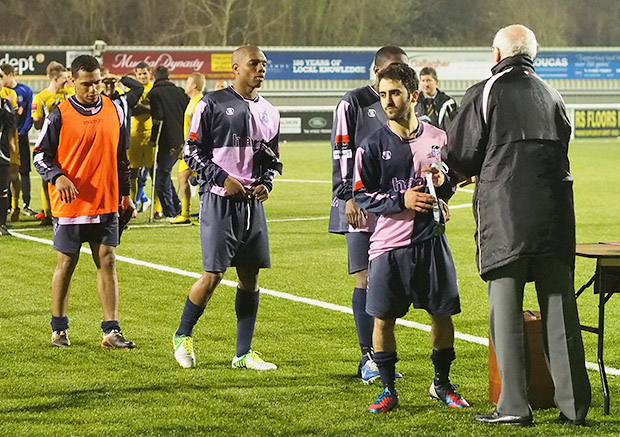 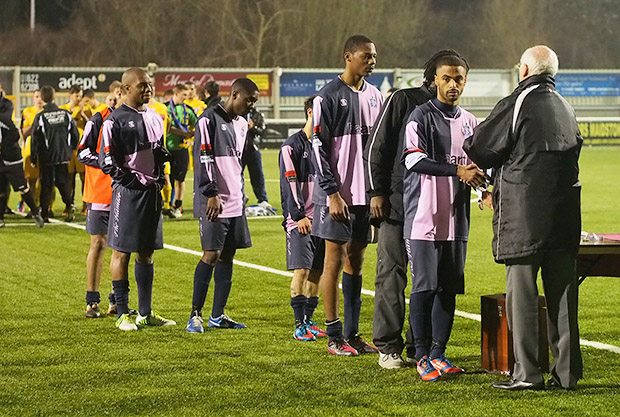 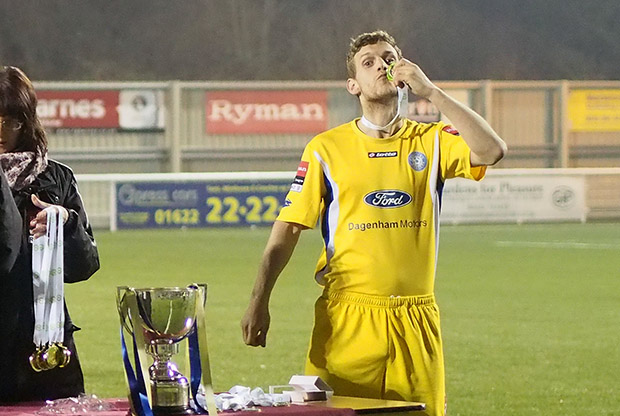 Kissing the winner’s medal. Hamlet put in a superb performance, but Concord deserved it overall. 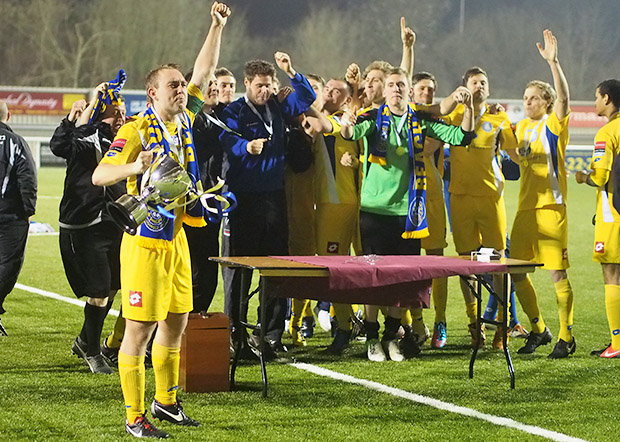 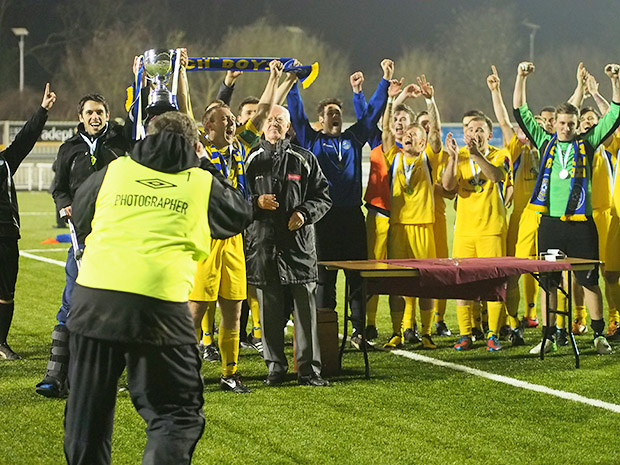 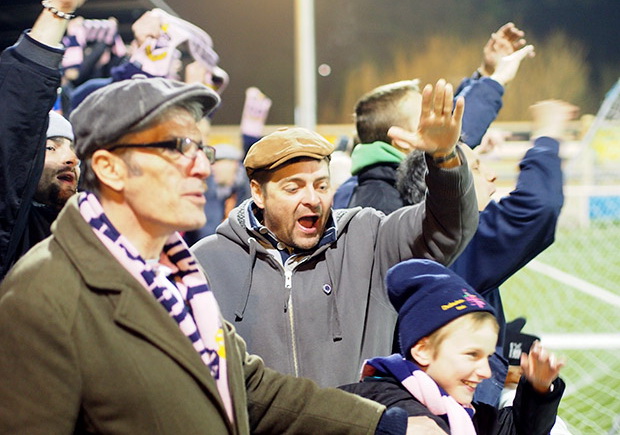 Even after the whistle had gone the Hamlet fans were fantastic, making an immense racket. See you all again on Saturday!