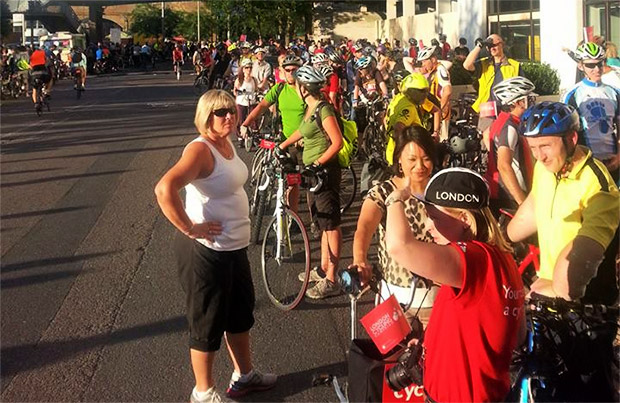 Last night there was a ‘Space for Cycling’ demo in central London, which saw Parliament encircled by cyclists campaigning for safer cycling in London. 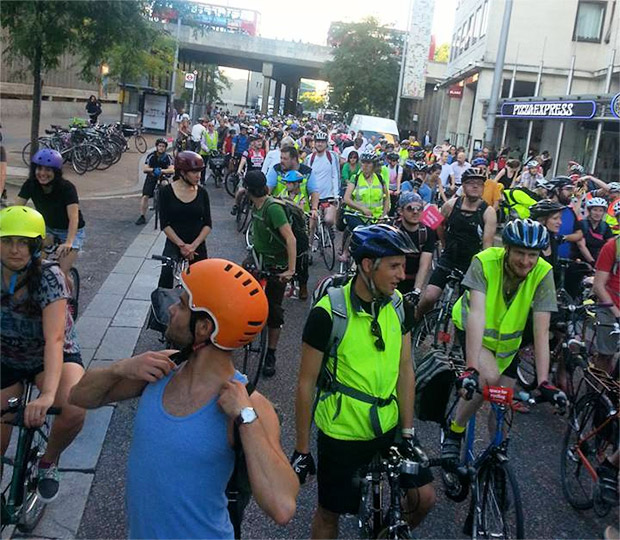 Organised by the London Cycling Campaign charity, the protest saw a cycling procession made up up of over 5,000 people – and stretching several miles long – snake along the London streets. 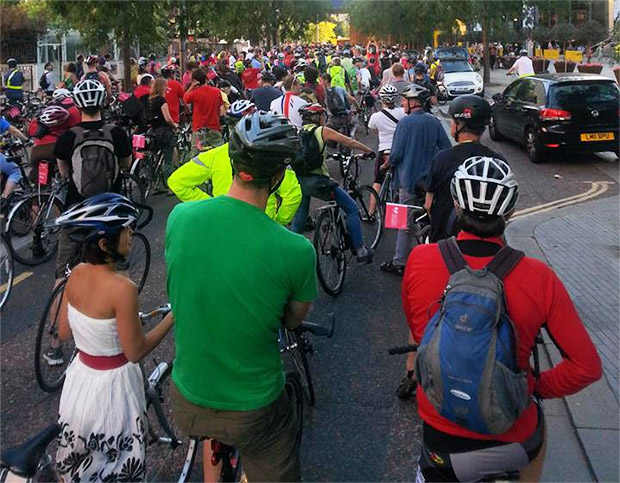 Brixton activist @SmileAndSubvert – a chap who likes to mix things up a bit when he’s on a demo – took to the streets and sent in this photo report:

“I headed to the London Cycling Campaign’s ‘Space for Cycling’ demo this evening suspecting it would be a bit like a Critical Mass ride but a little less confrontational and so probably bigger. I wasn’t far wrong.

It was a beautiful evening for a ride; when I arrived at around 1815 the sun was shining brightly, it was warm and there were thousands of cyclists hanging around in the road outside the Shell building near the London Eye.

It was an amazing sight. 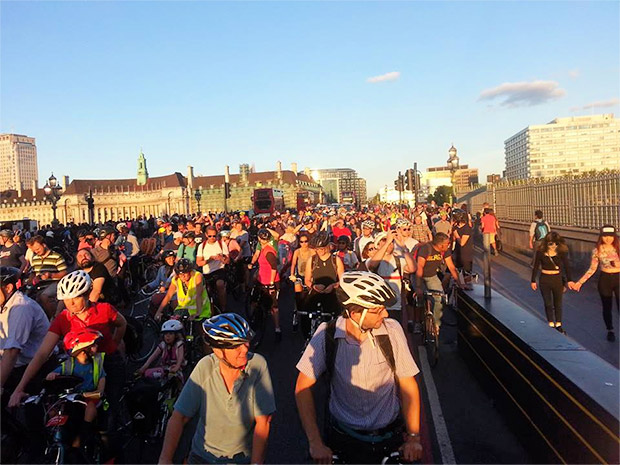 The LCC stewards, some with megaphones attempted to persuade people to cycle to the back of ‘the demo’, a 5 or 6 person wide queue on the south pavement stretching back to Waterloo Bridge.

A lot of people ignored their calls and just hung around the road near the Eye catching up with friends, causing a little traffic trouble on that quiet road. But many did join the queue and it was a very long one! 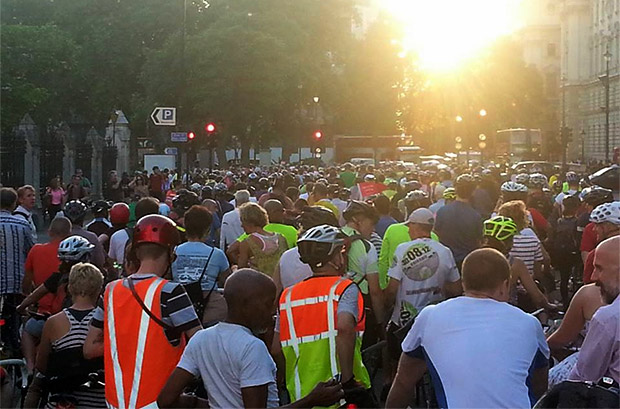 About half an hour later the ride moved off. We cycled over Westminster Bridge, the south bound traffic remaining stationary as the police prevented it from moving until all the cyclists had passed.

As we passed the houses of parliament I noticed a queue of 5 or 6 vehicles waiting to leave the premises but being prevented from doing so by a couple of cops until we’d all passed by (this put a smile on my face). 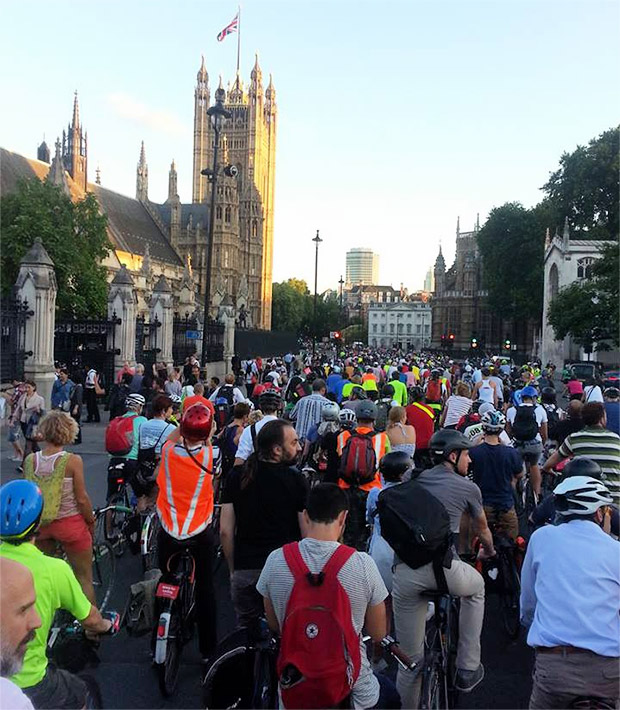 We passed parliament, cycled on to and over Lambeth Bridge and then returned to the London Eye where again the LCC stewards tried to organise the chaos of thousands of cyclists all over the road in order to keep the traffic flowing.

All in all it was a nice cycle ride. I’ve never been amongst such a large group of cyclists before and that was nice, there was no way any motorists would have dared to have a go at us (unlike on a smaller Critical Mass).

But I don’t feel the demo will have had ANY impact on the mayor’s cycling policy. My attitude to all demos these days is that if you follow the stewards, keep to the agreed route, do what the police say, then what is the point?

If your demo is deemed well-behaved by the powers that be then was it really worth it? 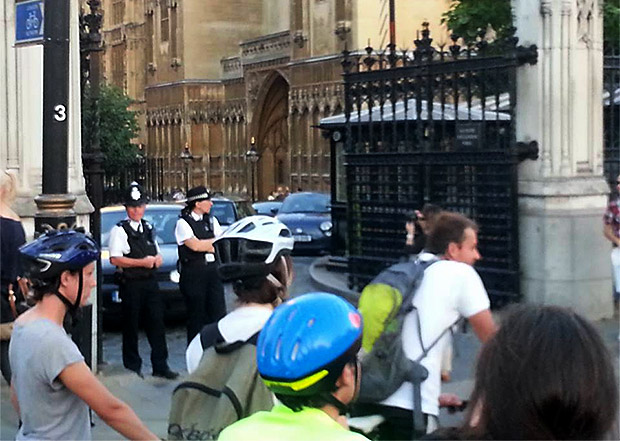 I would have preferred to have deviated from the agreed route, given the police a bit of a run around and REALLY messed with the traffic around Parliament Square.

It would have been easy and with the numbers we had VERY difficult for the police to control.

You may argue that even if we HAD done that it wouldn’t change anything either and you may well be right. It would have been a lot more fun though! 😉 ”