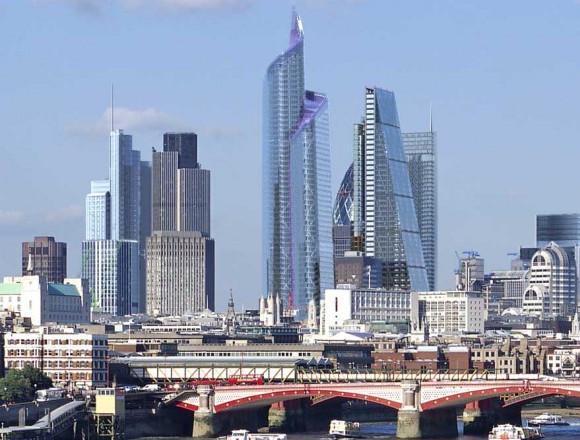 After reaching just six floors high, work stalled on the Pinnacle Tower (formerly known as the Bishopsgate Tower) last year after a half-billion pound shortfall in funding looked set to consign the project into oblivion.

However, this week Arab Investments have announced that they they’ve managed to rustle up the readies so construction work can resume shortly. 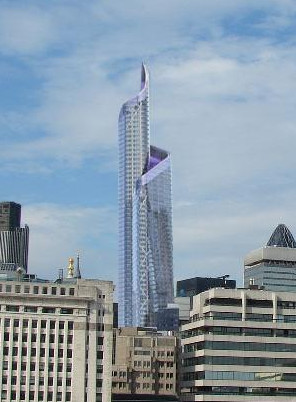 Apparently drawing its inspiration from “naturally occurring patterns in things like shells, mushrooms and other zoomorphic objects that regularly occur in nature” (you what?!), the tower will reach out 288 metres into the London skyline, making it the second tallest tower in the UK and Western Europe (the nearby Shard skyscraper currently has the honour of being #1).

According to skyscraper news, the building will pack more photovoltaic solar cells than any other building in the UK, with its 2,000 square metres of panelling delivering 200 kilowatts of electricity.

The project should be finished in 2013, ahead of both the rival Cheesegrater and the Walkie-Talkie towers.

I love these daft names given to skyscrapers!