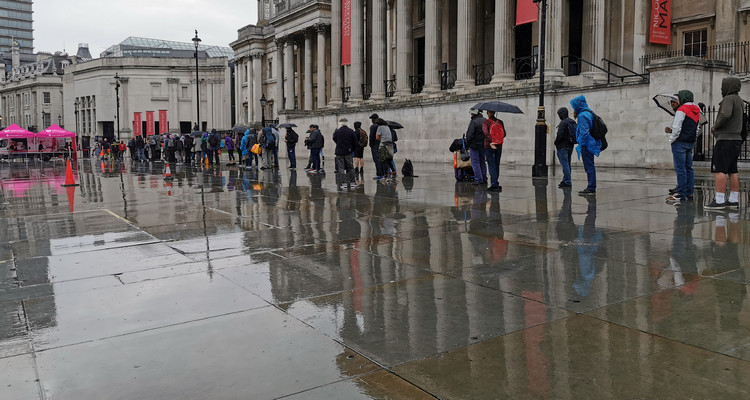 This was the sad scene in Trafalgar Square yesterday evening, as a long line of homeless people queued up in the rain to get something to eat. 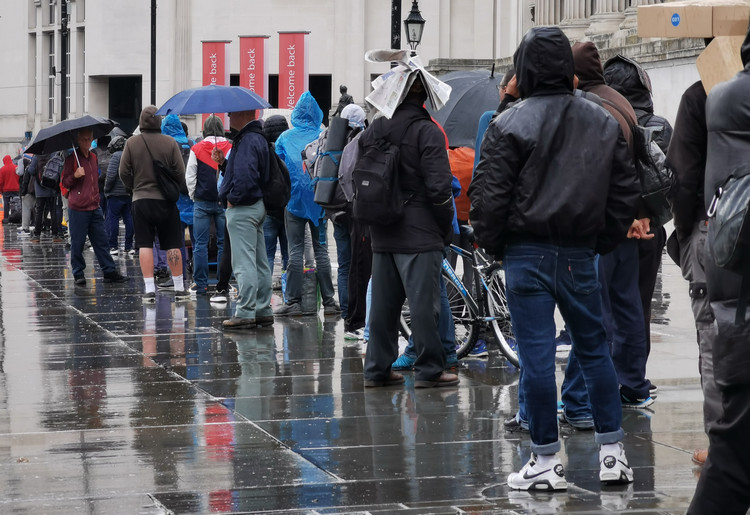 Homelessness has surged by 165% under the Tory government, with the Metro noting that the rel number could be even higher:

There has been a 165% increase in rough sleepers after the Tories took over power in 2010, official figures revealed today – but homeless charities claim the number is much higher.

Local authorities estimated around 4,677 people slept rough on a single night last autumn, according to data from the Ministry of Housing, Communities and Local Government (MHCLG).

However, homeless charities have slammed the government for not being open about the ‘full size of the problem’ and not including ‘hidden homeless people’ in unsafe accommodations.

,The Independent also reported on the shocking rise child homelessness:

Child homelessness has surged by 80 per cent since the Conservatives came into government in 2010, with a new household now found to be homeless every five minutes, official figures show.

Newly published data reveals 124,490 minors were housed in temporary accommodation in England at the end of 2018, marking an increase of 55,440 since the same period in 2010 and a rise of 33 per cent in the last four years.

Campaigners warned that families were being “pushed to the hard edge of the housing crisis” by “crippling private rents, frozen benefits and endless waiting lists” for social homes that “don’t exist”. 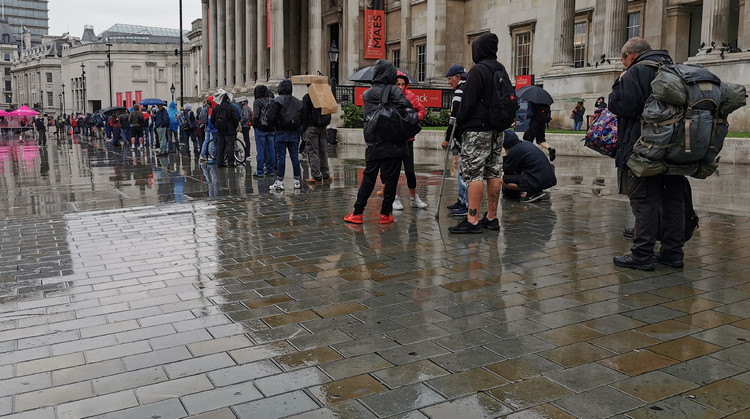 Huge queues have been seen every day in the square, as hungry homeless Londoners wait patiently for a food handout. It was a sad and moving thing to witness.

There are many wonderful teams of volunteers working all over London to help feed the homeless, and the Trafalgar Square operation is run by Central London Catholic Churches (CLCC) supported by Caritas.