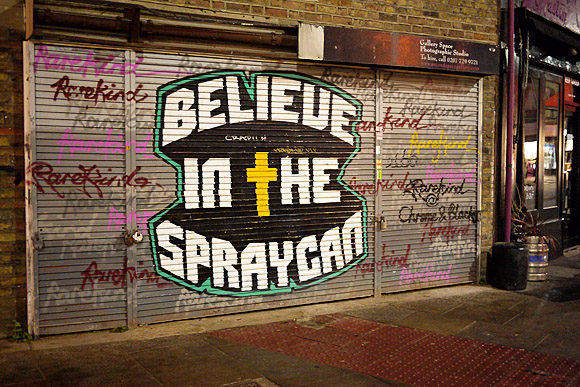 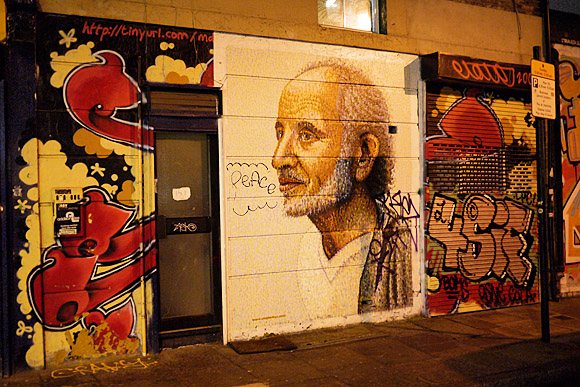 Disappointingly, the area around Brick Lane has rather unimaginatively turned into a clone of New York’s Lower East Side (circa 2001) and Williamsburg (circa 2005), with the exact same style of graffiti and street artwork, curiously devoid of  any kind of political message.

It’s not just the graffiti either, with vast tracts of the area seemingly populated by the same single speed-bike pedalling, tight trousered, wacky hairstyled hipsters.

I can see the appeal – the scene was pretty good in Willamsburg five years ago, after all – but it wasn’t long before the area became completely gentrified, with all the interesting traditional cafes and shops forced out by grossly inflated rents and rich kid rentals.

I don’t hold out much hope for the traditional businesses in the area here. 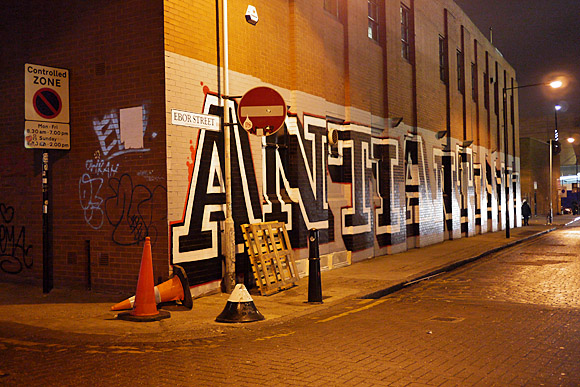 Some ‘professional’ Eine graffiti can be seen on Ebor Street, W1.

President Barack Obama was presented with a painting by Eine, Twenty First Century City, as an official gift from the British Prime Minister David Cameron in 2010.  And you really can’t get much more street than that. 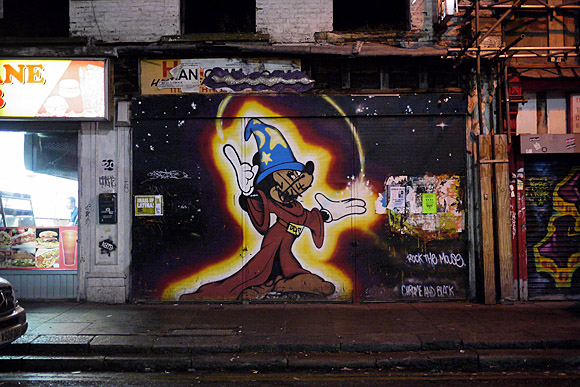 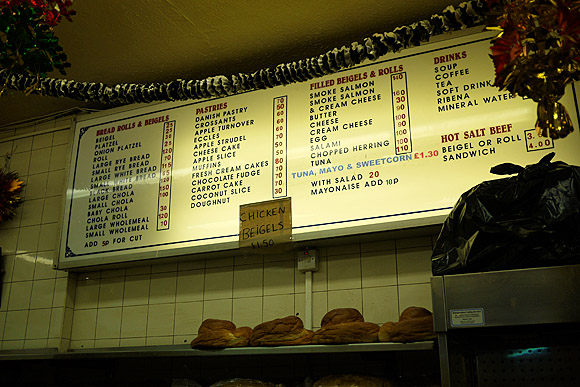 The real star of the area is not the trendy bars or high priced fashion shops, but the long serving 24 hour Beigel Bakery on Brick Lane.

Let’s hope the yups keep their clawing hands off this East End tradition.

[Join in with the discussion on our busy boards]

Anarchy in Manhattan and other street scenes

One Comment on “London’s Shoreditch turns into Williamsburg (circa 2005)”