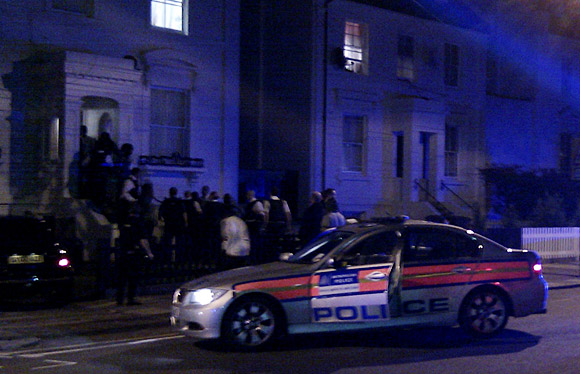 Walking back from the pub tonight, we saw a black Mini car hurtling west at dangerous speeds down Coldharbour Lane, swiftly followed by a deafening flotilla of siren-wailing  feds, numbering at least seven vehicles.

The Mini unwisely elected to turn left up Somerleyton Road, giving the cops the opportunity to cut off any escape routes, with following police cars quickly sealing off Moorlands Road (and, no doubt, Loughborough Park). 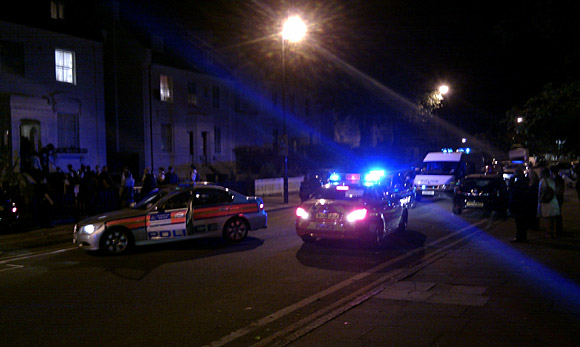 The Mini had screeched to a halt in the drive of a house on Moorlands Road, and within seconds it was surrounded by a multitude of police cars and vans. I counted at least 25 police rushing the house, while the occupants came out to loudly and vigorously protest about the swarm of cops charging in.

We saw two guys being arrested – one without his top on – while loads of cops dealt with the fracas outside the house and examined the car. 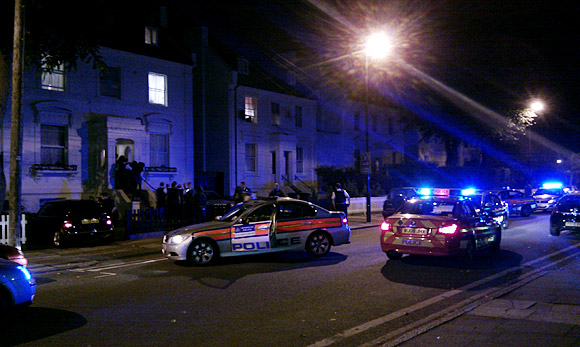 The black mini can be seen to the left. There’s still police arriving on the scene now.