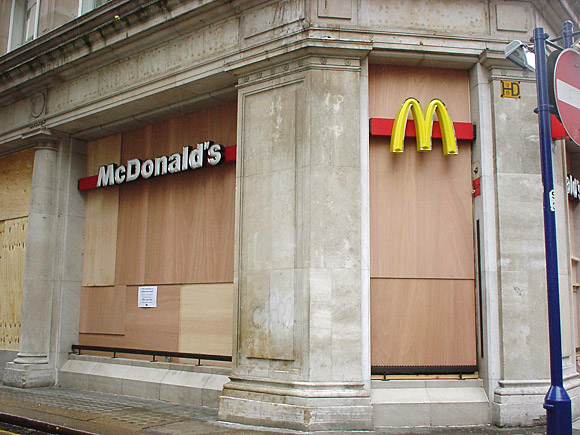 They don’t make protests like this any more – least, not in Britain.

Mayday 2001 was one of the last big anti-capitalist demos in the UK, with the press stirring themselves into a truly hyperbolic froth before the event, and the police reacting accordingly. 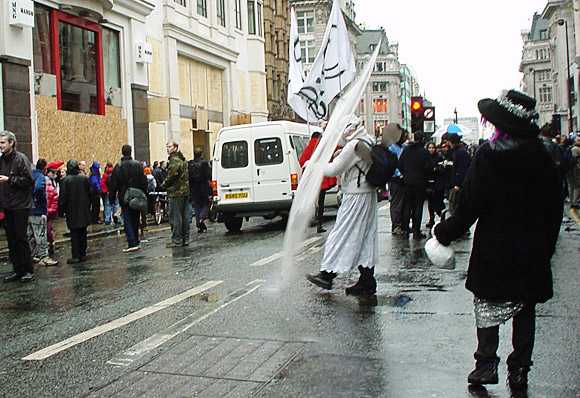 Leading up to the protest, the media was running with stories predicting the end of civilisation as we know it, with dark warnings of rampaging, pillaging anarchists hell bent on destroying the capital – and playing awfully loud techno music while they did it. The rotters!

Come the day, the Samurai sword wielding looters promised by the Evening Standard never materialised, and a police cordon of highly dubious legality saw thousands of  damp and pissed off protesters held for eight hours at Oxford Circus.

Here’s some photos from the day – most have already appeared in our extensive coverage of Mayday 2001 – but I figured they deserved to be reposted in a larger size. 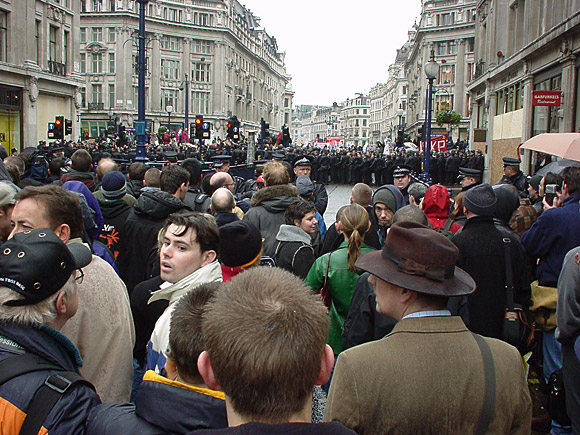 Standing the other side of the notorious police cordon. 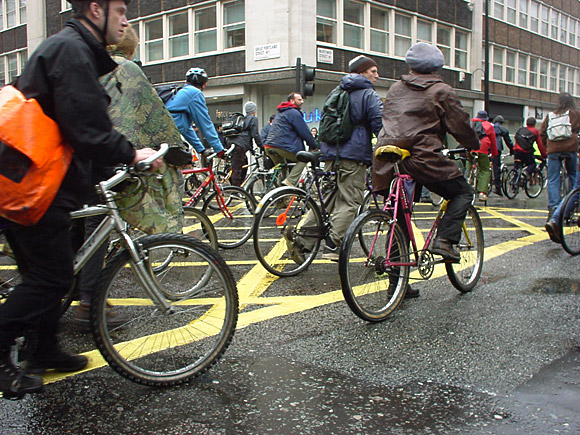 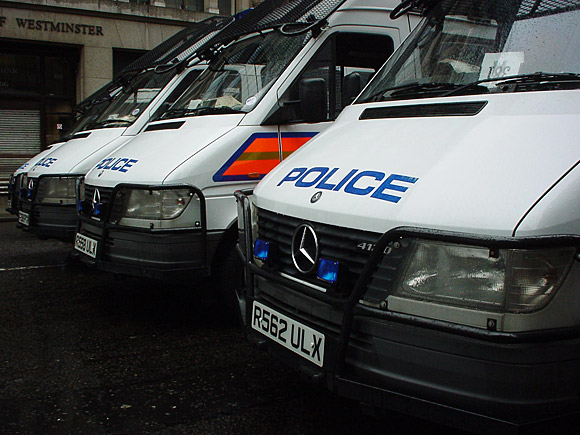 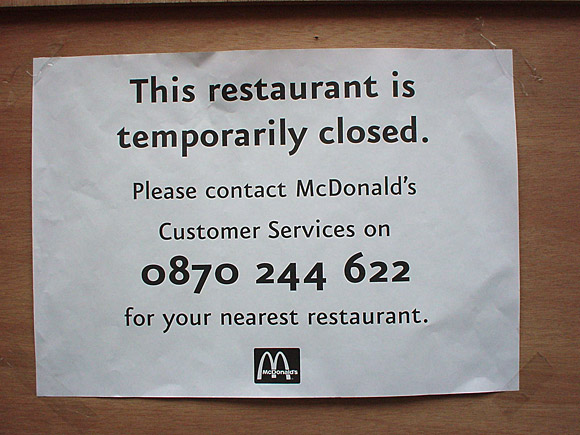 Convinced that Big Mac thieving looters would be charging through their doors, all the McDonald’s “restaurants” in central London were closed and boarded up. 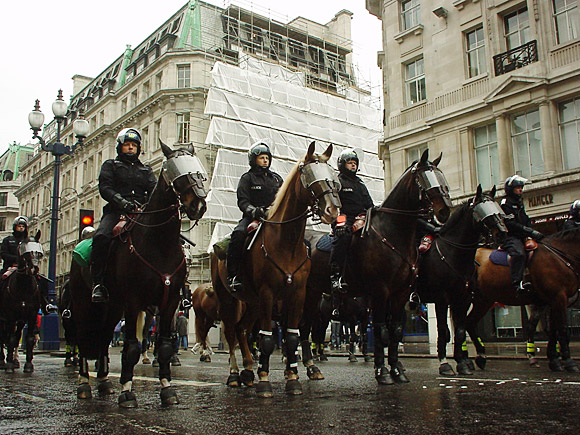 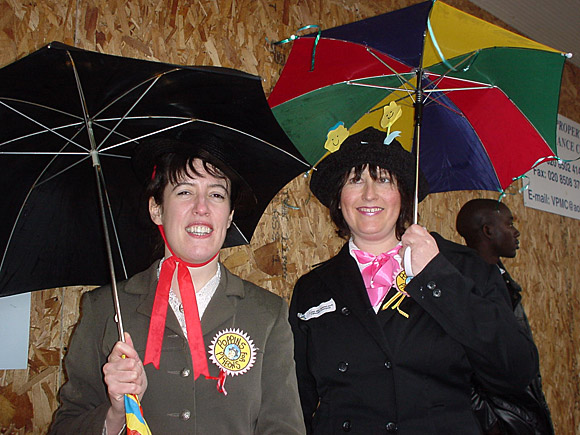 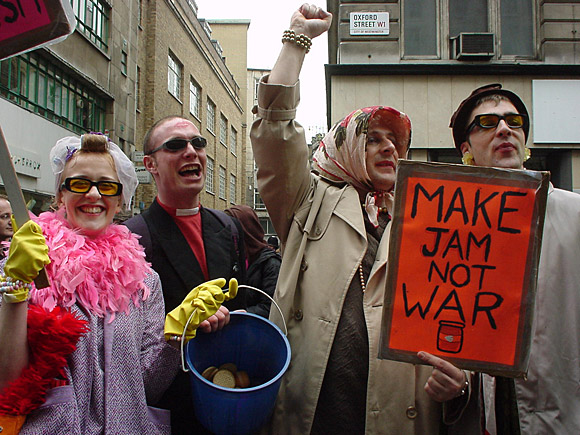 With these sort of people around – giving out free biscuits Goddamit! – you can hardly blame the police for steaming in (see below): 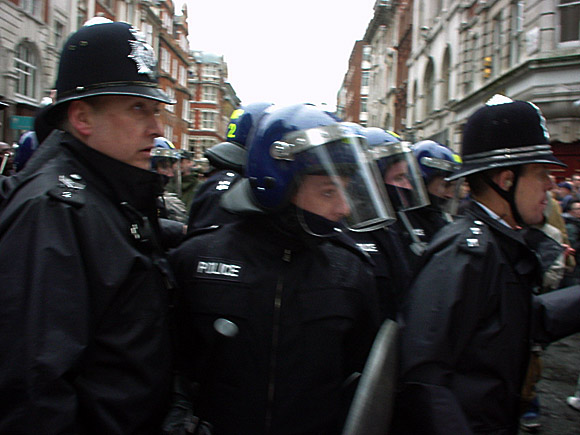 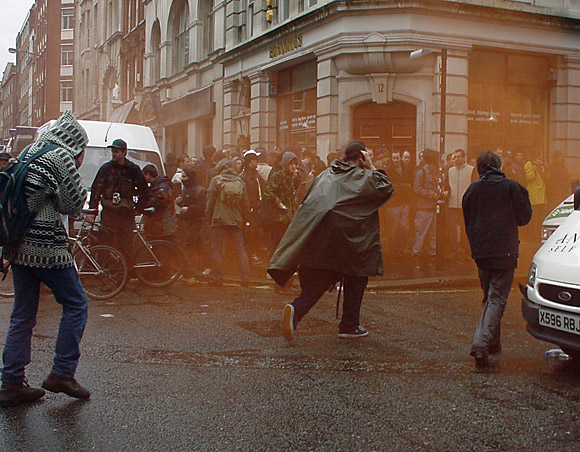 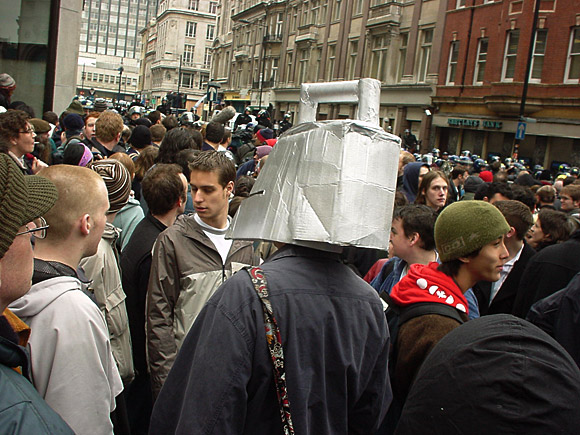 A hat. Shaped like an iron. And why not? 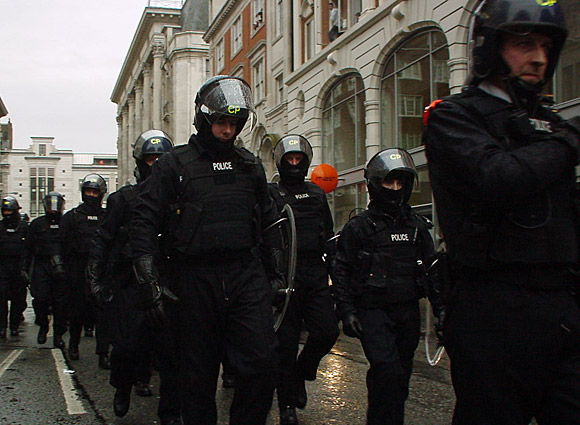 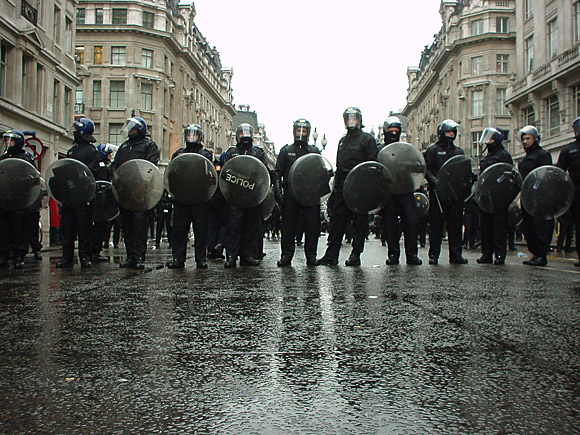 And yet more police. 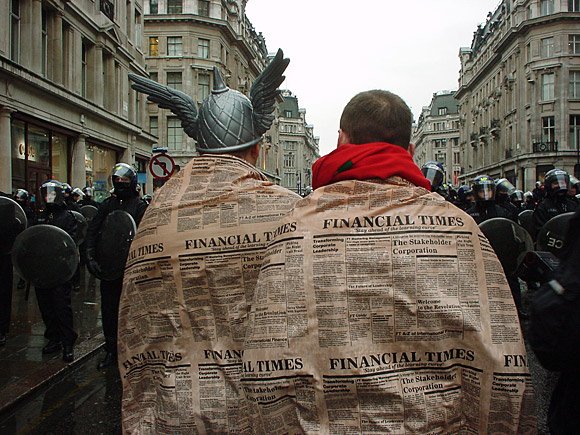 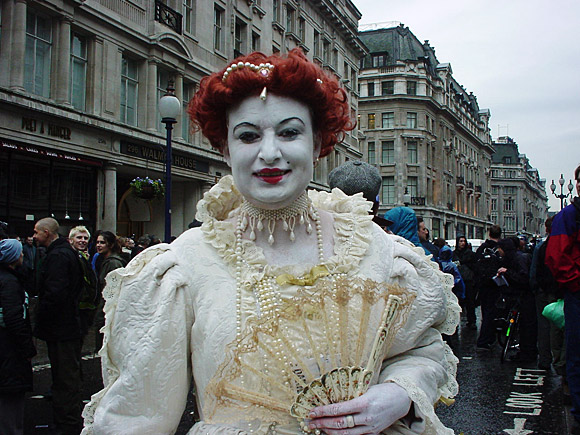